The restrictions in 2020 presented more challenges for some careers than others. For musicians in Ireland it was an unprecedented year when most were unable to perform live. 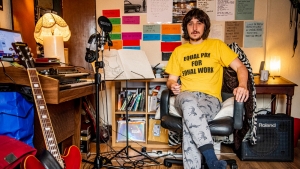 In a long read, meanwhile, Marcus de Brun contemplated The Algorithm of Evil that advertising uses to increase our consumption of products we often don’t need.

What role does the Algorithm play in the election of a President? In taking to the streets in Dublin because a black man is murdered in America? What role does it play in hatred? In being afraid of a virus, or in wearing a face mask? In taking a vaccine, or in taking one’s own life? The darkness in our world may not be the workings of conspiracy – nor the consequence of irrational political allegiance – it might just be a consequence of sublimation: of a gullible embrace of the thoughts of others. 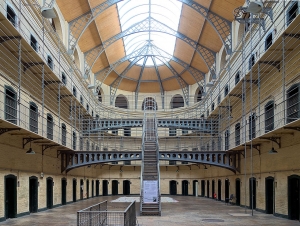 In December Frank Armstrong turned his attention to penal reform as an estimated one-in-every-two prisoners re-offend within three years of release. He also revealed a poignant episode in his own family history regarding a great-grandfather Luke Armstrong (1853-1910) of Tubbercurry, Co. Sligo who ‘was arrested in April, 1884 and charged with his fellow conspirators with being a member of the Fenian Society, and conspiring to murder a land agent.’

Thankfully, given the gravity of the charges, all the accused were acquitted based on the unreliability of the Crown informant’s evidence.

The attention in W. G. Sebald’s writing to the fascist era in European history anticipates many of the controlling measures of our time. Images abound throughout his work, leading to observations and recollections both of historical incidents, literary tradition and the lives of friends and immigrants, as well digressions on nature. We find a unique blend of memoir, historical and philosophical disquisitions, and a form of narrative storytelling based on fact with the occasional intrusion of fiction. Boidurjo Rick Mukhopadhyay turned his attention to Cross-Cultural Branding: ‘Glocalisation.’ He recalled a social experiment conducted by Enrique Iglesias. A performance at a packed auditorium where ‘even the cheap seats went for about $100 a pop’ was greeted by ecstatic applause. Later on, however:

he decides to go into a subway station in New York city (which had great acoustics). He dresses up as a busker, posing as a random musician on the street trying to earn a crust.

Iglesias sang the same hits with the same gust one weekday morning. There is security around, nonetheless. You can imagine what happened next. A crowd gathered and everybody was hushed and mesmerized, and it all ended with a big applause at the end. 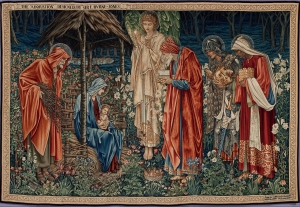 In the run up to the festive season, Andrea Reynell considered Christmas traditions old and new, tracing many of our practices to a pre-Christian era:

The practice of putting up and decorating a so-called ‘Christmas’ trees – usually an evergreen conifer – can be traced to the pagan worship of Ancient Rome. Evergreen wreaths were brought into Roman homes during the Saturnalia celebrations (a festival for the god Saturn). 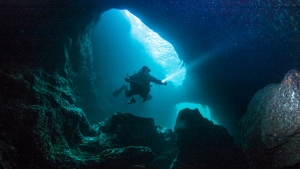 In this month’s underwater episode Daniel Mc Auley took us on a journey to Hook Head in County Wexford. There:

The sedimentary rocks of the peninsula are festooned with fossils of long departed sea creatures, which creates a very special ambience. These soft rocks have been pounded by violent waves, where the Irish Sea meets the mighty Atlantic.

The Ocean swells have sculpted a labyrinth of gullies and rock walls, encrusted with a cornucopia of multi-coloured sponges and anomies. This unique topography, mixed with the clear waters around the Hook, gives the diver an impression of being on a flight through a surreal landscape. 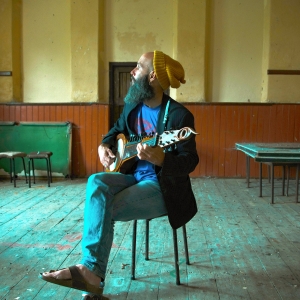 Musician of the Month for December Matthew Noone’s musical journey began with rock’n’roll in the Northern Melbourne suburbs before following in the footsteps of the historical Buddha to India, before settling in Clare in the West of Ireland:

While living in Ireland, I became aware of the idea that there was some sort of connection between Irish traditional music and Indian culture. I wanted to explore how Irish music might sound on the sarode but I also wanted to avoid it becoming a gimmick relying on cliches. So, I undertook a four-year structured PhD (Arts Practice) in the Irish World Academy at the University of Limerick. During these four years, I apprenticed myself to a number of traditional musicians in an attempt to learn Irish music in somewhat of an authentic manner. Through Ged Foley I began to learn tunes on the fiddle and learnt how to behave at a session. Steve Cooney put me in touch with something deep and ancestral and Martin Hayes guided me into a world of feeling. 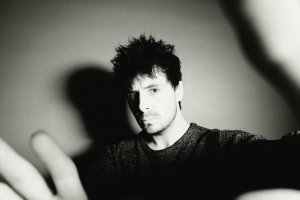 Brontide, which is defined as the sound of distant thunder (created by seismic activity), is a song and video about isolation, alienation, confusion and fading memories. According to Clifford, ‘this is an emotionally layered and charged production. Brontide, for me, symbolises impending doom and gloom. Dementia, in this case, is the suggested source of sadness’. 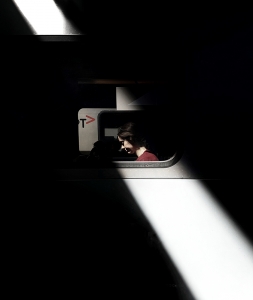 The Featured Artist in December was Kim Wallis, who has been photographing her daily commute for the past eight years:

using windows, doorways and reflections to frame the people and their stories. It started as a way to bring some art creation back into my life. I had learnt photography from my father who taught me how to work a darkroom, film cameras and the joy that comes from capturing an image. I went on to study photography after school and fell completely in love. The years went on and the need for enough money to live, and then life pulled me away from the practice. But once I hit my thirties I realised how much I was missing, and it was time to make it happen once more. So I challenged myself to capture images on the way to and from my work. My obsession with commuters had begun. 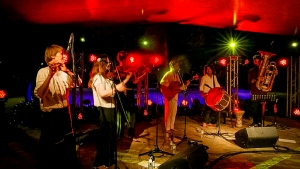 There was also fiction, Open Mike by Yona Shiryan Caffrey that explored the frailties of jobbing musicians in the South of France.

There was plentiful poetry in the month of December, as Kevin Higgins berated ‘Our Posh Liberal Friends.’

I ask the barman for more finger food,
picture the ocean raging into the restaurant,
and them still sat there muttering at the chicken goujons:
the people we talk to won’t vote for
such extreme solutions. No one wants to live in Cuba,
one of them says, as she’s washed out the door.

Edward Clarke meanwhile recalls, ‘One morning during the first week of Advent,/ When I was possessed, / After a birthday’s dark exhilarations,’ 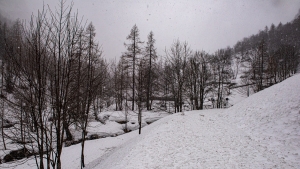 And finally James Harpur brought us a poetic white Christmas:

Never came that year, and yet
It came in other ways, remembering the Light;
As suds frothing in the Garavogue
Around bridge arches, a scuttled trolley;

It fell from lamps in Henry Street
Illuminating tracer-lines of sleet
And shoppers gripping rods of sleek umbrellas
As if playing giant straining fish;

It fell as stars above the Sugar Loaf
Lit up as cats’ eyes by the gaze
Of a farmer standing by a gate
Above Wicklow and its mercury lanes.