‘It’ had well and truly arrived by March, insidiously working its way into our lives like an unwanted guest who slips through the door unbeknownst. Editorially we were looking at the big picture, assessing the implications of what we used to call ‘the coronavirus’ – before becoming COVID-19 on February 11th – through political, legal and cultural lenses; as well as assessing the direct health impact.

An important contribution came from Duncan Mclean  a senior researcher with the Research Unit on Humanitarian Stakes and Practices, Médecins Sans Frontières Switzerland. He looked back on the history of infectious disease outbreaks and how these can bring out the very worst prejudices, a phenomenon he described as the ‘medical scapegoat.’

[I]f sickness has historically been portrayed as a punishment for sin, socially excluded groups and minorities have proven most vulnerable. Whether linked to mortality or fear of the unknown, context is key to understanding the long history of how those on the margins of society have been scapegoated. 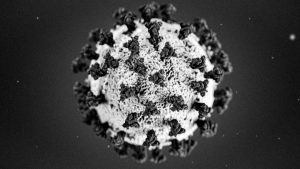 Moreover, in light of the introduction of special powers in the wake of the pandemic in Ireland, barrister and lecturer Alice Harrison examined how in Ireland infringements on civil liberties, such as the removal of jury trials in response to perceived threats to the state, have tended to ‘seep’ into ordinary usage.

Protecting civil liberties, such as the right to jury trial, may seem less important as long as extraordinary powers are not abused. However, the existence of special powers poses the ongoing risk that they may be exploited by unscrupulous, or even tyrannical, politicians or agents of the state. 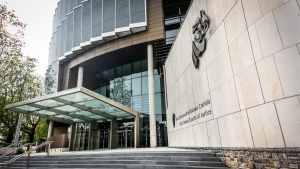 Dr Samuel McManus was, however, able to see a ‘silver lining’ to the crisis:

If there is a silver lining to this crisis it is the revelation of how connected we are to each other, in ways we have almost forgotten. We are a species with special concerns. We cannot afford to operate alone as individuals; to do so is to threaten us all. This realisation is putting into stark relief the way we have organised our societies over the past few decades.

He averted to the importance of the state delivering public healthcare, as opposed to profit-driven private institutions:

Some private health care clinics in Dublin are now putting up signs saying they will not accept patients with respiratory symptoms, directing them towards their G.P’s. This is in one way understandable as a means of limiting transmission, but while the public service is taking extra measures to distribute information and organise the response, these private clinics are under no compulsion to do so.

Frank Armstrong also assessed Ireland’s early response to the pandemic, pointing to inherent weaknesses, and other factors likely to mitigate the worst effects:

The pandemic has hit Ireland during a period of political instability after a February general election yielded an indecisive result, with Leo Varadkar’s government no longer commanding a Dáil majority. Notwithstanding the challenge of installing a new cabinet under emergency conditions, it sets a dangerous precedent for a caretaker government to be in power for a prolonged period.

He was also moved to write a poem ‘Coronavirus’, while Sammy Jay dwelt on the prescription of isolation in another moving poem. 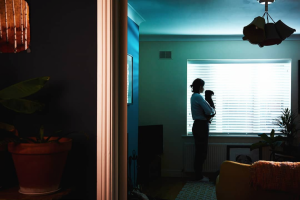 Fans of music and poetry were delighted by the release that month of a first single ‘Murder Most Foul’ from Bob Dylan’s new album Rough and Rowdy Ways. It offered a pleasant distraction from the unfolding global pandemic, although it contained a stark message according to David Langwallner

Dylan has released a new seventeen minute-long song, ostensibly about the murder of John F. Kennedy, but which is also a travelogue through American cultural history, with Prince Hamlet and the great, deranged 1960s American DJ, Wolfman Jack, as our guide. 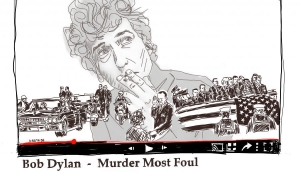 Also, Musician of the Month Judith Ring revealed how she transforms everyday ‘noise’ into music, while exploring the sonic possibilities of different timbres; and Brian Dillon discussed the ideas behind his new solo project The Line. His debut album Matter had been released by Bad Soup Records in February. 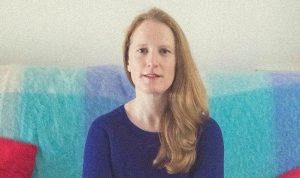 In other cultural coverage, we interviewed documentary filmmaker Sé Merry Doyle, and introduced his documentary ‘Patrick Kavanagh – No Man’s Fool.’

We also published an essay by Eamon Kelly ‘The Rocky Road to a Republic’ that argued:

You might think of the film ‘The Rocky Road to Dublin’ as some dated artifact, featuring Dub-a-lin in da rare auld times. But many of the cultural assumptions revealed in the film, and which later went towards hindering the film’s reception, are still very much alive in today’s Ireland. The sacred cows may have changed, but the overall cultural relationship with those things deemed sacred is still strikingly similar. 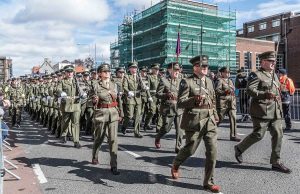 On a similar theme, David Langwallner called for A Renewed Deal:

It is clear that we require a Renewed Deal, bringing Keynesian stabilisation measures, including support for small businesses, social safety nets and the shutting down of corporate tax avoidance. The E.U. must desist from imposing austerity under the guise of the Growth and Stability Pact, and reinforce regulatory protection of labour rights and the environment, resisting the lobbying of giant corporations. Courts in Ireland should also recognise a basic human right to housing, including prohibition against arbitrary eviction, as well as healthcare. So let us organise a petition then for an umbrella organisation to bring a Renewed Deal to the world.

Langwallner also explored the influence of Slavoj Zizek in his Public Intellectual Series. 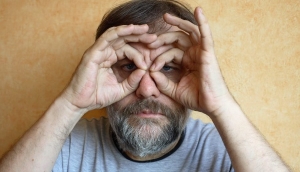 Coverage of the region in the Western media tends to refer to the Syrian Democratic Forces (SDF) and ‘the Kurds’ interchangeably. This reinforces a reductive narrative of the SDF as being comprised of fearless but naive nationalists, apparently content to sacrifice themselves in the pursuit of a Kurdish statehood aligned to U.S. interests in the region. 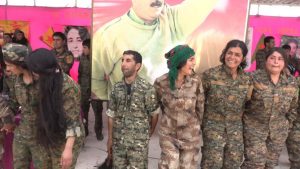 Even further afield in Indonesia, the Hectic Fish was discovering the dubious pleasures of ex-pat life on the island:

f I end up in prison again, I will enjoy it as much as I did twenty years ago. There is justice at the end of shadows. And there is poetry behind bars. It is bad, but you are worse. 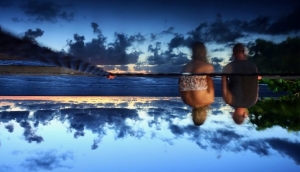 Another anonymous writer The Man in the Black Pyjamas was bemoaning the impact of the housing crisis on the young people of his generation living in Dublin in ‘Gone’:

“The country’s changed,” my friend said as we sat in our small, dawn-lit kitchen at half-five in the morning having toast and tea. A month later the landlord raised our rent by 30%, and four years on now we’re all gone from Dublin. Me and my friends, and probably most of the people out drinking in the sun that day. We celebrated equality and left a day or a month or a year later. Off to London or South America or Asia or the Middle East or back down the country or onto friends’ couches or back in with our parents or into homelessness. I wish I could go back to those days, but it’s all gone now: that Dublin, those people, that hope. 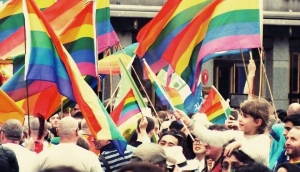 We also had Sarah Hamilton discussing the challenges for aspiring female writers in an interview with Sarah Savitt of Vertigo who said:

Furthermore, there was an extraordinary memoir ‘A Rat on the Wall’ from Stephen Mc Randal recalling the ill-treatment of a schoolboy in 1960’s Belfast. 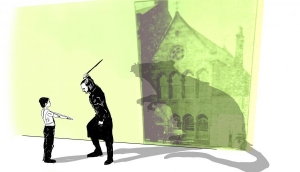 Finally, the third hard copy edition of Cassandra Voices was launched at the end of March, and featured the introduction by Frank Armstrong, 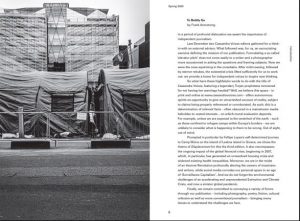 That new edition contained a memorable essay by Irish human rights campaigner, educator, film-maker and therapist, Caoimhe Butterly on the theme of Displacement:

I knew that I should be there, in whatever capacity was useful – to witness, accompany and respond, to platform and archive journeys that were defined by such profound and often overwhelming displacement, external and internal.