In October 2016, I vacated my room in Dublin and moved to a cottage on the seaside in isolated, rural Louth. The day before I did this I broke up with my girlfriend of eighteen months. Though, in hindsight, the breakup had been coming for a while, it was coincidental, or at least unplanned, for these two major life changes to occur at the same time. Though a large part of the motivation in moving to the countryside was to have more time and a better headspace for making music, a record was never a part of the plan. Rather, I felt compelled to express feelings and thoughts that I didn’t feel comfortable speaking to anyone about.

The majority of an album, Matter, was subsequently written over a twelve-month period from late 2016: sparse, emotionally-bare songs with ambience, noise and mind-bending soundscapes – a modern take on the Irish singer-songwriter tradition. A large amount of it is dedicated to sonifying grief, regret and sadness. However, I think there is a sense of resolution and finality found throughout the work as well. 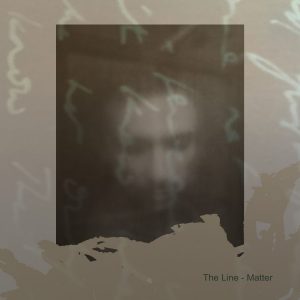 A lot of my work focuses on extremes and dichotomies and this record is an example of that. I realised as I was writing these songs that I used a similar process for many of them and that they have a comparable form. They start out as sweet, sad songs and eventually get washed away in a sea of noise. This is probably most explicitly represented on the track ‘Over’, though it’s done with more subtlety (though not that much more!) on other occasions on the record. I think ‘Not Quite Parallel’ is the most important and effective example of this, which was the first one that I wrote which came out fully formed. The day I moved into the house in Louth I wrote this, and it quickly became evident that there was something I needed to get out and this was the first installment of it.

As well as the explicitly personal content, the sudden change of circumstance gave me a great deal of time to think about my own life and its insignificance. Perhaps this is the real reason that I decided to release this music, as I have written a great deal of work which will never see the light of day. I’m getting older and I find it hard to measure the value of my life thus far, and am beginning to realise the importance of documentation and milestones.

As much as I understand the positive effects of living in the moment, sometimes it detracts from thinking about the big picture. If everything is fleeting and transitory, how can we aim for anything in the future? And equally, what are we going to look back on – except for a collection of moments? Maybe life is just a collection of moments anyway, but I’d like to think that they all add up to something bigger. Even if that’s not true, I’ve decided that I’m going to believe in it anyway. I’m currently doing my best to believe in the greater good, despite the evidence that would suggest otherwise. I think that all of this relates to another dichotomy which is dealt with in the record – the balance between the individual and the universal.

The record was largely written in isolation and, prior to its release, only a handful of people had heard any of it. However, I got a bit of an insight into the process when I showed the demos to my friend Des Garvey, who engineered a lot of the album. I sent the music over to him and his response was something along the lines of ‘that’s what I would have expected an album of your solo music to sound like’. This came as a bit of a shock to me, as it seemed so at odds with the way I viewed myself. It made me realise that very often, the people around you know you much better than you know yourself. Their view of you isn’t obscured by the bias of your own ideas of your ideal self.

There are more particular themes evident throughout the album, though I think a lot of them relate back to these core concepts. For example, the title track deals with individual loss in the face of universal insignificance and the relationships between people, as well as those between waves and matter, in the physical world. The world seems to be quite obsessed with material objects and sometimes I feel like my obsession with waves is at odds with that. ‘Matter’ also plays with the multiplicity of meanings that a lot of words have. With that in mind, it’s worth noting that I’m also interested in homophones and concepts that explicitly have multiple meanings, as it gives the listener more space to infer their own ideas from it. The track ‘Weight’ is reliant on the use of homophones as well, in order to play with listener expectation.

Finally, though the record is heavily built around synthetic sounds (synthesisers, digital noise, processed vocals), at its core, it’s heavily influenced by organic sounds and elemental concepts. A lot of the lyrical themes deal with water and the sea and this is no coincidence. As well as being written mostly in a seaside cottage in winter, the key relationship which the record deals with was defined by a shared love of the sea and will forever be associated with that in my mind. When I listen to it, the sounds of the waves crashing on rocks and the sea gusts permeate every aspect of the music. I hope that other people can hear that as well.

The Line is the new solo project of musician, sound designer, and producer Brian Dillon. The debut album, Matter was released on Dublin label Bad Soup Records on 28 February 2020. Matter is now available to download and stream across online platforms: https://ampl.ink/4xpyV. Follow The Line on social media via Facebook and Instagram.

Brian Dillon is a musician, sound designer, and producer with a new solo project called The Line. A member of Meltybrains?, he has also worked with a range of Irish artists over the last 10 years including Loah, Lilla Vargen, Slow Skies, The Dublin Laptop Orchestra, and many others.