U.S. President (1932-45) Franklin Delano Roosevelt was born into one of the most aristocratic families in America. A distant cousin, Teddy, had even been elected President. In his youth FDR, as he became known, was a bon vivant and ladies’ man, who strayed from Eleanor, his saintly but formidable wife. This blue blood seemed an unlikely person to buck the entire system of U.S. capitalism. He remains a hate-figure for U.S. Conservatives to this day.

Any account of his life should include the enormous personal tragedy of incapacitation from polio. He could not walk, a disability which may have broadened an empathy for others’ suffering. He was elected President in 1932 on a platform to provide a New Deal to the American people after the Wall Street Crash of 1929 and ensuing Great Depression. The destitution of the American people is movingly depicted in John Steinbeck’s Grapes of Wrath (1939), where a group of ‘Okies’, led by Tom Joad, are ruined by dustbowl conditions, and the calling in of loans by ruthless bankers, and in E.Y. Yip Harpburg’s Broadway Musical Brother Can You Spare Me a Dime (1930). Even brokers were forced to eat from soup kitchens, as erstwhile respectable folk were reduced to ‘hobos.’

A bull market of speculation collapsed after an unregulated free market had built mountains of sand out of folly and greed. The dominant economic philosophy of laissez faire brought light touch regulation and government passivity, as with our present, similarly hegemonic, neo-liberalism. The view then, as today, was that government had no business interfering in private transactions and that wealth, growth and efficiency are best achieved through the operation of an Invisible Hand. The banking crash from 2007 has had similar deleterious social consequences. 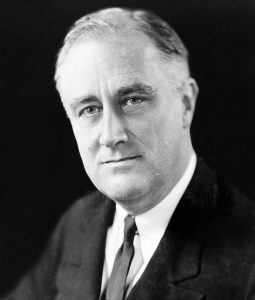 FDR adopted the then heretical advice of the economist John Maynard Keynes that to save capitalism it was necessary for the government to intervene in the market. He set up national agencies and support structures for aid and assistance. It was a bailout to protect the poor and disenfranchised, not the rich. His New Deal was in the national interest, not to protect vested interests. The Supreme Court initially blocked the legislation, insisting it had no business varying contracts. In response, an exasperated Roosevelt informed the judges that if they did not approve his legislation he would appoint new ones, which led to a change of heart. This became known among wags as ‘the switch in time that saved nine.’

The assumption of liberty of contract is that anyone is free to enter into a bargain under whatever terms they choose, but once the deal is struck they are bound by their word. But this is based on the pretence that the market is a level playing field. Many sign on the dotted line without fully understanding the implications, or do so under duress.

Roosevelt may at times have displayed an ambivalence towards democracy, but he favoured those at the bottom of the social ladder, as he recognised that democracy had been sabotaged by vested interests. Just like today, transnational corporations and law firms were dictating to governments. He revived the U.S. economy through a Keynesian stimulus as government expenditure raised aggregate demand. This brought investment to help ordinary people, not the infliction of wanton cruelty in the form of perma-austerity that runs contrary to even capitalist logic. The best evidence is that a mixed economy, combining private enterprise and public initiative, with social safety nets and support for small enterprise, is a model that works best for society as a whole. Keynes was right then, and still is, but over time his approach went out of fashion. 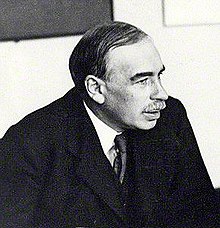 In late 1970’s Britain in particular, the excesses of socialism were becoming obvious, with the three-day-working-week, refuse on the streets, and the stranglehold of government by the Unions. In circumstances where initiative was stifled, Margaret Thatcher and Ronald Reagan championed the old doctrine of unregulated markets, conveniently referred to as neo-liberalism. The ideological underpinning came from the Austrian Friedrich Hayek and the Chicago School under Milton Friedman.

The curious assumption was that wealth would trickle like manna from heaven down from rich to poor under free market conditions. Instead we got the 1980s yuppies like Donald Trump, accumulating vast fortunes. Over time we have seen a dismantling of the Welfare State; the removal of social protections and safety nets. Today the richest 1% are on target to own two-thirds of all wealth by 2030, with the rest of our existences increasingly precarious. The distinction between working class and middle class is being eroded as we revisit a medieval pyramid of barons and serfs. Yet, ironically, Hayek actually described socialism as the new serfdom. But old-fashioned Marxist class divisions no longer make sense. 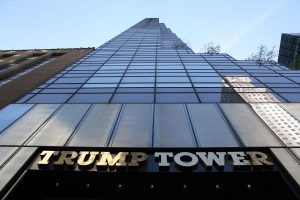 The unprecedented banking collapse after 2007 led to bail-outs being awarded to those who were responsible, and the infliction of austerity on the wretched of the earth. This led Nobel laureate economist Joseph Stieglitz to point to a socialism for the rich and capitalism for the poor. Yet those countries which adopted Keynesian approaches – including nationalisation of banks – such as Iceland, have been vindicated by stabilisation and recovery.

Ireland achieved the worst of all possible ends. It established a bad bank NAMA, which cut deals with failed property speculators and lawyers and the congeries of the corrupt. As the IMF and Europe imposed austerity on the defenceless masses, those responsible were bailed-out and their debts cancelled. The fraudulent banks had made money on misrepresentations, providing negligent lending advice about the value of stocks, investments and credit ratings. This caused the economy to overheat and generated a property bubble that many had pointed to. Now institutions continue to foreclose against the poor and defenceless, as sanctity of contract is insisted on. The perversion of the system it that the richer you are, the more easily you can cut a deal; the logic of a bank too big to fail.

The neo-liberal recasting of homo sapiens into homo economicus, also initiates a new form of Social Darwinism, permitting the survival of the most ruthless in a dog eat god universe. We have seen a slippage in standards, where the young are habituated to lying, having witnessed the deceit of those in high office. Lines between fact, semi-fact, lies and deceptions have been blurred. Even in the courts of law fabricated cases have reached pandemic proportions. This has also led to increasingly vicious tactics against those who demure: like a plague, the corruption of banks has spread to other private agencies and even state institutions; where whistleblowers are systematically undermined. In a distorted world, the mugshots of heroes of our time now feature in rogues’ galleries of subversion. The indicted include human rights lawyers, public-interest journalists, and anyone in public life with a shred of a social conscience.

It is an increasingly divisive ‘them’ and ‘us’ social setting, where the poor, the migrant, the displaced, the activist, and the public intellectual, are marginalised and destroyed in increments. Targeted assassination by the state is now evident across Europe, and not just under Mr Putin. Our corporate suzerains lead political discourse towards safe issues around individual entitlements. Suddenly the political class are all in favour of gay marriage, gender equality and decriminalising someone for puffing on a joint. But what about more fundamental rights intrinsic to sustaining human life, such as health care, housing and social support?

Around the world courts are evicting and rendering homeless surplus populations, and in India dumping them on the streets. Housing, either buying or renting, is increasingly unaffordable, diminishing the prospect of human flourishing. Now crucially also, the privatisation of health care has led to life or death becoming a matter of affordability not a right or entitlement. There are other sinister ramifications. Those teachers, academics or professionals in badly paid but socially worthwhile occupations must toe the line, or are fired for exposing corruption. Survivors sing for their supper, while in journalism the phrase he who pays the piper calls the tune is increasingly apt.

The wise sensei or village elder is no longer looked up to, but instead the old are being asked to quietly await their death. Intelligence and achievement have to be costed and channelled into wealth producing activities. You are not seen as a man if you do not have the mentality of the hunter.  Short-termism both in contracts and outlooks has brought reactive decision-making, wherein people are desensitised to the suffering of others. These depredations being heaped on society are deliberate. The Shock Doctrine pioneered in Chile and Indonesia by neo-liberals in the 1970s have been visited on Ireland and Greece, and elsewhere. It brings cuts in funding to socially useful public agencies, such as libraries, which are being gradually eliminated. There have also been huge cuts to legal aid, imperilling the ability of the innocent to defend themselves against criminal charges.

It is clear that we require a Renewed Deal, bringing Keynesian stabilisation measures, including support for small businesses, social safety nets and the shutting down of corporate tax avoidance. The E.U. must desist from imposing austerity under the guise of the Growth and Stability Pact, and reinforce regulatory protection of labour rights and the environment, resisting the lobbying of giant corporations. Courts in Ireland should also recognise a basic human right to housing, including prohibition against arbitrary eviction, as well as healthcare. So let us organise a petition then for an umbrella organisation to bring a Renewed Deal to the world.

I write this as the Coronavirus pandemic sweeps through the world, with governmental intervention and support in the Keynesian sense right back on the table, particularly in the U.K. But there is appearance and there is reality; smoke and mirrors.

My concern is with the Malthusian ideas emanating from an ongoing devotion to the tenets of neo-liberalism, and also that social distancing and other precautionary measures will accentuate pre-existing social atomization, and amplify a lack of care and concern for one another.

My fear is that any Renewed Deal and stimulus to avoid economic meltdown under the politicians currently in power in the U.K. and Ireland will be selectively targeted, with many if not most of an over populated planet permitted to wither away by increments. We cannot have another Bailout to preserve the assets of those at the top of a latter-day feudal pyramid.