Never came that year, and yet
It came in other ways, remembering the Light;
As suds frothing in the Garavogue
Around bridge arches, a scuttled trolley;

It fell from lamps in Henry Street
Illuminating tracer-lines of sleet
And shoppers gripping rods of sleek umbrellas
As if playing giant straining fish;

It fell as stars above the Sugar Loaf
Lit up as cats’ eyes by the gaze
Of a farmer standing by a gate
Above Wicklow and its mercury lanes.

It flickered as a candle in a window
In the round tower of Timahoe
But only some could see the eye of flame
Protecting sleepers in the graveyard.

And when the sun emerged from night
Snow came as seagulls spiralling up
Like bonfire ash behind a tractor chugging
Through slantwise fields near Baltimore.

It came as shoals of clouds held still
In the reflecting depths of Bantry Bay
And as three harbour swans
Turning their backs on the Atlantic;

And as sheets and pillowcases hung on lines
In Waterville and Elfin
By women biting clothes pegs, dreaming
Of visitors arriving from the east.

And it was found as ironed table-cloths
And icing knifed on marzipan
In kitchens dimming into evening
In Desert Serges and Kilbree.

It gleamed as circles of the host
For worshippers in churches lit at midnight
Amid cities ablaze like fairgrounds
Or villages as dark as silhouettes;

And it appeared in moon-insinuated waves
Unrolling across Long Strand
Rearing up like angels made of spray,
Roaring the word in tumbling syllables 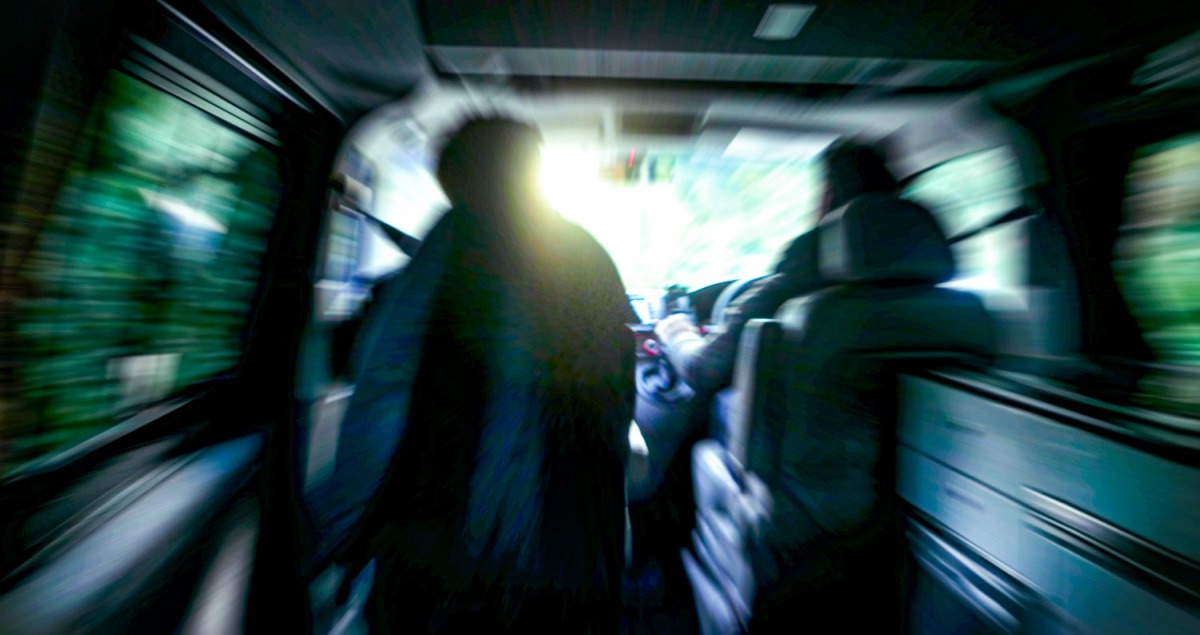 The car revving up, the three of us
wiping mist away to find a whiter world.

Black-ice to Clonakilty –
cortege of cars behind a spectral hearse.

Strings of lights in Bandon, sapphire-cold,
and the stars are moving through the river.

On Cork’s Victorian viaduct, a train made of snow.
We steam below the River Lee.

Diesel-slush road. Across the Blackwater
Waterford has drifted white.

Inching mile by mile – through Iceland? Greenland?
Wexford, another country.

Beyond the Suir bridge the dark returns …
but angels are alighting on New Ross.

Rosslare night; chalet on a ghostly estate.
Sound of wind in chimney.

The swell-swing up and down and up –
O let the voyage finish now, and grant us solid earth.

From Pembroke Wales unfolds in white;
a postbox in a wall, red as a berry.

Below the Severn bridge –
water turned to bone!

The Somerset Levels, crisp and even;
the motorway accelerates the dark.

The night re-icing the Yeovil road –
not now, not now we’re nearly there.

A house on Duck Street:
an outdoor light – a star that’s stopped overhead. 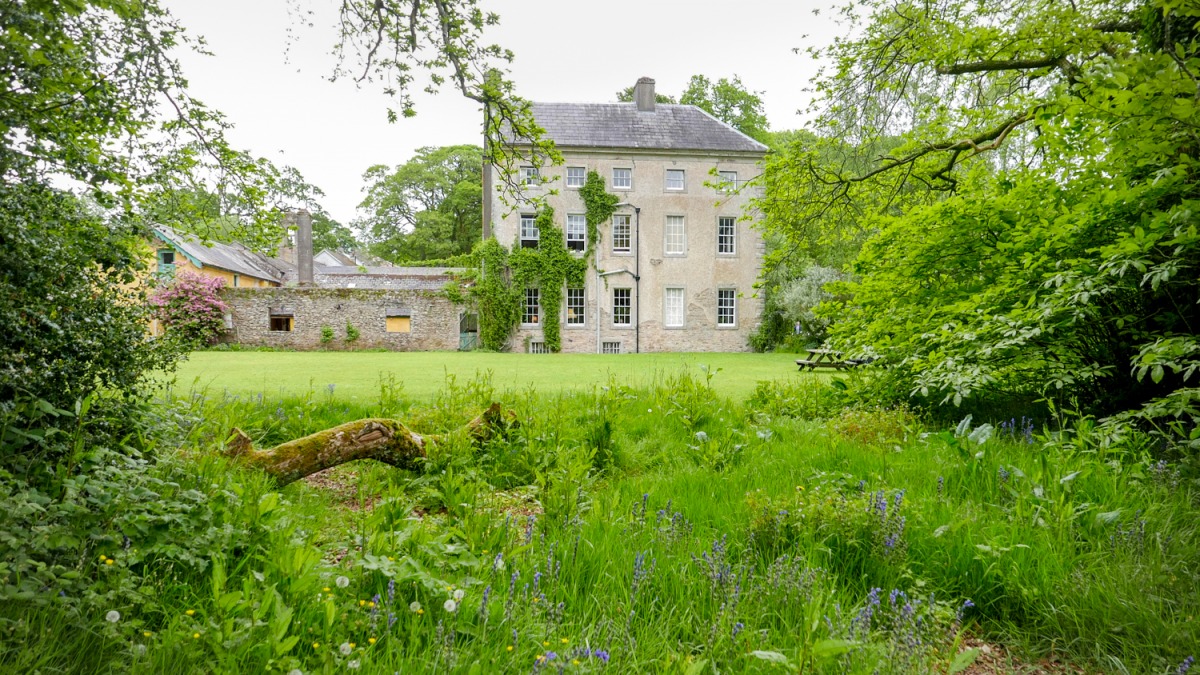 For twelve days the sky had been obscured.
The guiding patterns of the constellations
Lost behind a mesh of haze;
Our trackprints filled with sifting sand
Like a softly fading sequenced memory
Or the healing drift of doubtfulness.
Ascending to a ridge I saw the torchfires
Of Ctesiphon burn like streaming hair
And taken unawares was struck
By a sudden longing for my country, my people,
And such a pang for all things cherished
For the sunlit gardens of my childhood.
Releasing tears of deep relief – or grieving –
I heard the other two spontaneously
Humming a song of Zarathustra
As we made our way on down the slope
Away from the dying vista of the future
Towards our past, closing in. 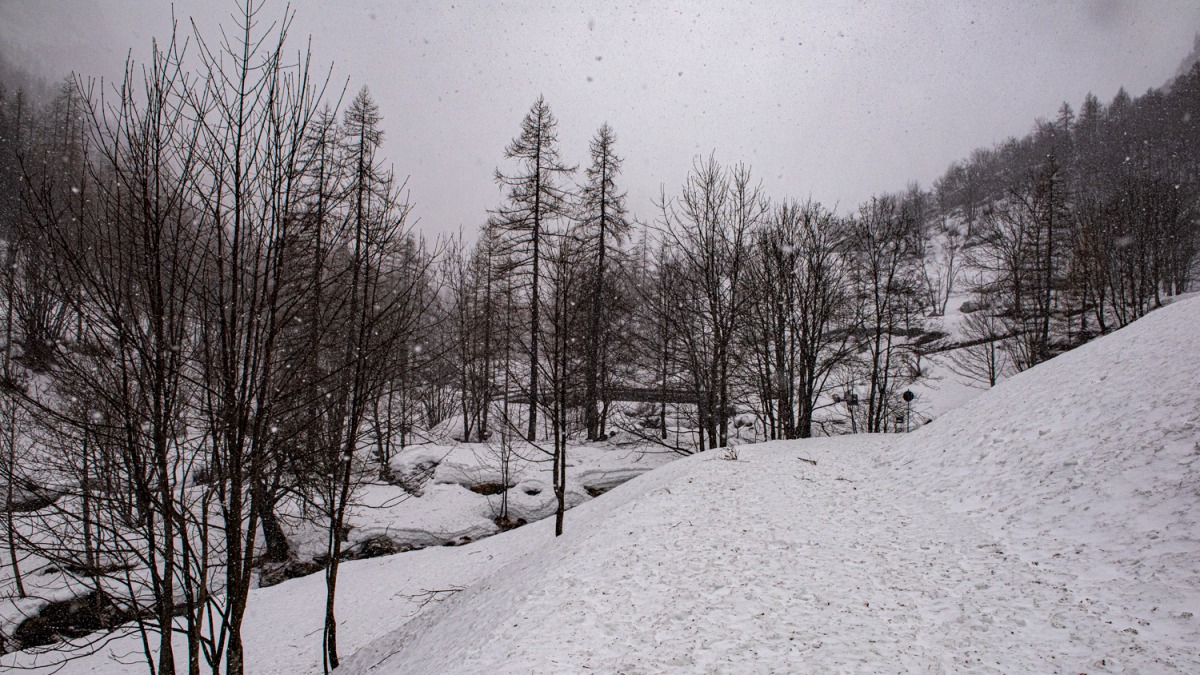 The day was born in twilight,
grey above the forest glade,
the earth deepening with snow
as snow kept falling from the sky;
the fields pure white below the hill
beside the River Sarovka.
I sat on a stump opposite him;
all I could smell was fir trees.
‘The only thing in life,’ he said,
is to make ourselves a home
to welcome the holy spirit.
Nothing more. All else will follow.
Our souls use words for prayer,
but when the spirit descends
we must stay silent …’
I glanced at him: imagine
staring at the centre of the sun
and there you see someone’s face,
lips moving, eyes expressive,
and you hear a voice speaking,
feel your shoulders being held
by hands you cannot see;
in fact you do not even see yourself,
just a dazzling light, diffusing
and making the glade luminous
and the snowflakes layering the snow.
I felt such peace in my soul;
no words could express it.
And such warmth.
No words can express it.

James Harpur was born in Britain in 1956 to an Irish father and a British mother and now lives near Clonakilty in Co. Cork. He studied Classics and English at university then taught English on the island of Crete. Many of the poems of his first collection, A Vision of Comets, published by the British poetry house, Anvil Press, take their inspiration from his time on Crete and from the Aegean area. Harpur has published three further books with Anvil, The Monk’s Dream, Oracle Bones and The Dark Age, as well as a translation of the poems of Boethius, Fortune’s Prisoner. He has been well represented in anthologies, including Staying Alive (Bloodaxe), and has won a number of awards, including the British national poetry competition in 1995. He has also published a book of mixed prose and poems called The Gospel of Joseph of Arimathea (Wild Goose) and a non-fiction introduction to the Christian mystics, Love Burning in the Soul (Shambhala). He is the poetry editor of Southword, one of Ireland’s leading literary periodicals, and the Temenos Academy Review, founded by Kathleen Raine.