As summer gave way to a season of mist and mellow fruitfulness in September Covid-19 returned with a vengeance, but by now there was considerable disagreement over elusive facts.

Frank Armstrong interrogated unreliable accounts in the Irish media, and the doomsday scenarios of a number of scientists.

The main go-to-man among Irish scientists for the Irish media has been Trinity Professor of Immunology Luke O’Neill. On June 22nd he claimed that Ireland would have had 28,000 deaths if there hadn’t been a lockdown.

This is a brilliant blog post which should be ready by every journalist covering Covid-19. It takes aim at several ubiquitous experts who have made wildly inaccurate predictions and who have not been held to account for those predictions. https://t.co/1QgEahaxfH

Andrea Reynell, meanwhile, looked for new ways of socialising during The New Abnormal; although having to order a meal made the idea of going out for a drink less appealing.

It is easy for some premises that already served food. But it is a bit of a pain knowing that you’re spending more than you want, all for the sake of a socially-distanced drink. 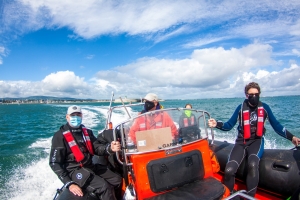 That month we receive the first in a series of articles from underwater photographer Daniel Mc Auley. The first acquainted us with the hidden world below Dublin Bay.

The silt and sandy bottom around Dublin Bay is in a state of constant motion, drawn by the strong tidal flows moving down the east coast of the country. These massive sand banks are also easily disturbed by strong southerly or easterly winds, leading to dramatic drops in visibility when a strong wind blows. Unlike the deep water off the west coast, Dublin Bay is a relatively shallow body of water with a primarily sandy bottom. 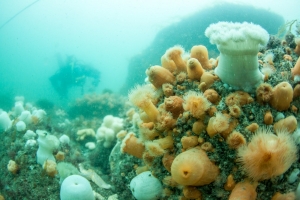 Heroin addicts tend to mate for life. Like dilapidated swans – twisted in a deadly alliance they dance and embrace towards a finality of breath. Like a sculpture in a Giorgio de Chirico painting. It is an ersatz marriage of sorts, sharing needles – inveigling that sharp, finite pain. Into the vein. The arm. The thigh. Leaving rack-marks like horse gallops that tear up the grass on a racecourse. Puckered, indeed, punctured skin. Delving into the life’s blood. The blood’s life which is cherished. Next to Godliness. Spike island. Feel like Jesus’ son was The Velvet Underground’s lyric. Warm blanket to insulate against the world’s harshness. Being judged. Much of it in the head and coveted paranoia. 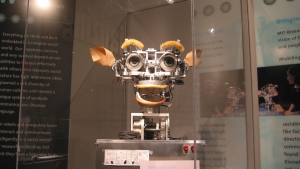 While Boidurjo Rick Mukhopadhyay was considering The Rise of the Machines:

f you have already worked out that whoever lives inside your phone when you say ‘Hey Siri’ or ‘Hey Google’ can read emails out to you, find the nearest movie theatre, or reserve a restaurant table, then Artificial Intelligence (AI) is already in your life. 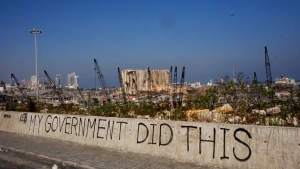 Next, Luke Fitzherbert despaired at Lebanon’s rotten leadership after a massive explosion that rocked Beirut:

The impact of the explosion is hard to understate. Its sound and force stretched for miles, releasing a huge mushroom cloud that killed close to two hundred people, and scarred thousands both physically and mentally; destroyed countless homes, and leaving once vibrant streets desolate. The immediate aftermath was dystopian: “It was like a movie. People moving slowly, covered in blood, glass shattered everywhere. Leaving a whole city riddled with PTSD,” recalled one witness.

And in the wake of Amy Coney Barrett’s appointment to the Supreme Court David Langwallner reckoned it was game over for American democracy. 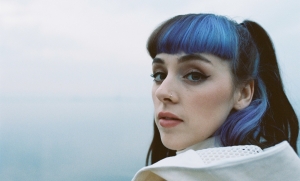 We found a gem to be September’s Musician of the Month:

My name is Gemma Dunleavy and I’m a yapper. I’d talk the handle off a cup. I also write and play music. I see myself as a storyteller first, then a musician. It’s where I feel my true gift is, my natural comfort is in meandering through my memories, picking out the best details to paint the clearest picture in the heads of those listening. 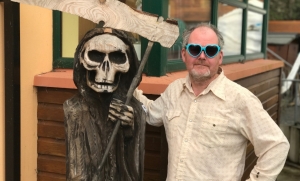 Also in music coverage Brian Mooney was keeping the conversation going after the tragic loss of his wife to cancer:

six months now. A year of firsts. A lot of lessons learnt. A new wisdom.

And I feel quite stupid and not quite intelligent enough. Exposed, as my better half who I was always so proud to be beside has gone away.

I have to build now. My friends are close and music has kept the conversation going… 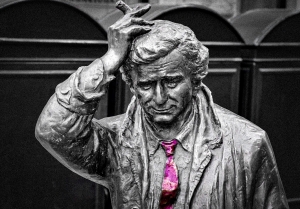 Gasping for a hit, Carl made himself a fresh cup of coffee. But big-nosed and bat-eared, when he tried to slam it, the steaming brown liquid dribbled down his chin to piddle over his pink tie and white shirt. His accountant’s uniform.

There were poetry submissions from Haley Hodges ‘Make of Me a Microcosm’:

…. Myriad music still marks her mind, her memory,
Music of mending and meaning, naming and being—
Music of mackerel meandering, matter and mass,
Metaphysical music marching from moment to minute

As well as a number of works from Mischa Willett, along with the irrepressible Kevin Higgins, who wondered at the longevity of Henry Kissinger:

For its birthday, a baby gets Spina bifida
A Bengali family have all their arms sawn off.
Fifty bodies topple into the sea off Indonesia
but none of them are Henry Kissinger
Each time Henry Kissinger again fails to die