By May concerns around the erosion of civil liberties in the wake of the pandemic were apparent. Rob Coffey’s though-provoking article ‘I Do Not Consent’ began:

I didn’t particularly want to write this article.  I didn’t want to get involved in the whole online social media circus of opinion and rebuttal, triggering and offense. But I feel like I have something to say, and what I have to say is important.

Acknowledging the loss and suffering caused by Covid-19 he continued:

Our civil liberties and civil rights are not something that we be taken for granted. We forget now that Irish independence and the fight for freedom came at a high cost. ‘The price of liberty is eternal vigilance’, is a quote attributed to Thomas Jefferson.

It does not matter whether you consider yourself to be politically on the left, centre, or the right, the erosion of civil liberties that has occurred in most Western democracies over the last few months is something that should concern you. If the there is one thing the history of the last century has taught us, it is that tyranny can take many forms. 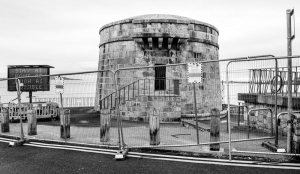 Justin Frewen also mused on the contagion of fear generating a diseased ‘other’:

In times of plague and pestilence, fear is an omnipresent companion. This fear all too frequently translates into a desire to find someone to blame for the danger with which we are faced. The greater the threat to people’s safety and the less control they can exercise over it, the greater the risk that blame for their dilemma will be ascribed to an ‘outside’ group, generally those who are not members of one’s community or nation, no matter how transparently illogical the reasoning.

We are all afraid of death. We respond to the fear of epidemic disease by wanting to blame someone else. Anytime a threat arises, we want to blame the “other,” those not like “us.” At the outbreak of the 1918 Spanish flu, Americans blamed “the Hun”. AIDS was blamed on gay men.

During the Black Death, which struck Europe in the mid-14th century, there was widespread fear and panic as this unknown disease wreaked havoc throughout Europe. Although communities around Europe often turned upon those seen as outsiders, particularly other nationalities, the Jewish community became the primary focus of this fear. This resulted in horrific instances such as the massacres of Jewish people in Frankfurt and Brussels and the extermination of the Jewish populations in Narbonne and Carcassonne. 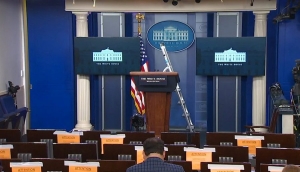 From the United States Christopher Parkison  was despairing at The End of American Leadership under Donald Trump, ‘cocky, bragging, dismissive of anyone who disagrees with him; demonstrating an utter disregard for the American people he governs, and unwavering focus on…himself.’ 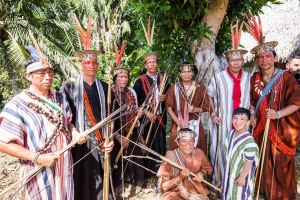 In more heartening news from the Americas Fabio Pontes could report that a traditional way of life was protecting Amazonian people from Covid-19:

The pandemic of the new coronavirus Covid-19 is forcing indigenous populations of the Amazon to self-isolate to prevent its spread within villages. In doing so they are fortified by traditional customs and the ancestral relationship with the forest. This occurs both in reverting to traditional food sources, and adopting behaviours that ensure the safety of the community in times of adversity.

The pandemic was causing serious job losses in Ireland, and elsewhere, which brought protests from Debenhams workers that were cut short by An Garda Siochana in powerful images captured by Daniele Idini (including the featured image). Elsewhere Spaniards came out of lockdown to find touristic regions such as Mallorca seem like ghost towns. 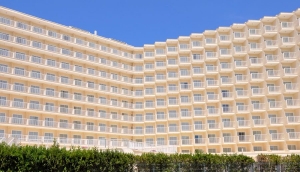 Meanwhile, the Hectic Fish was contemplating ‘Genolcide’, but had at least found an escape hatch out of Indonesia to Vietnam.

Before the shit wave I had emailed a fellow environmental advocate and diplomat living in Vietnam. He replied swiftly after I mentioned the break up and the virus, and wrote that he had a safer place than Indonesia — a huge, almost deserted house where he lived with his young daughter. He said that figures in Vietnam were the lowest in the South East and that a painter friend of his would also be joining us for a while and that we would all have fun together. 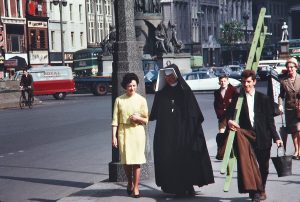 Apart from the all-consuming pandemic, David Langwallner was weighing up the legacy of the late judge and politician Declan Costello, who endeavoured to transform a traditionally conservative Fine Gael party into a left-leaning political party through the Just Society platform in 1966.

As a young man I was an admirer of the former President of the High Court, Attorney General and architect of Fine Gael’s Just Society, Declan Costello. I was then privileged to engage with him on an informal basis, appearing before him in court on a number of occasions. He was a complex and often divisive figure, and I disagree profoundly with many of his judgments, but there is no doubting the profundity of the intellect. 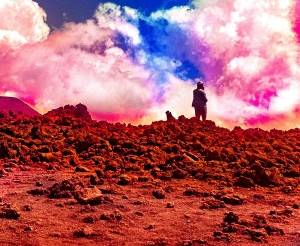 There are, he notes darkly, fascists in the streets and in the palaces, while around us ‘the weather has gone uncanny, volatile, malevolent’. The last remaining truth, O’Connell proposes, ‘is the supreme fiction of money, and we are up to our necks in a rising sludge of decomposing facts. For those who wish to read them, and for those who do not, the cryptic but insistent signs of apocalypse are all around’.

May brought a first musical podcast introduced by Nicola Biggati on ‘Italian Library Music’ associated with the late Ennio Morricone.

We also had fiction ‘Banned’ by Yona Shriyan Caffrey; as well as ‘The Ninth Rose’ by Sarah Johnson, and ‘Spent Batteries’ by Garreth Byrne.

In poetry there were offerings from Frank Armstrong, The Musical Duel of Apollo and Pan and a number of works from Alex Winter including this below: 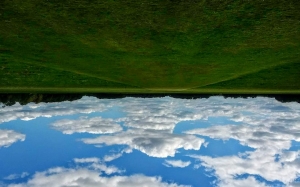 PLAN FOR THE FUTURE

I’ve worked it out and we’re going to be just fine.
Your job will pay for mango and mine for baby wipes.
My heart throbs dyspeptically when I think of our son.
Where is he now? Does he wear leather and carry a scar?
I’m less than a man.  I don’t even know how to drive.
On the other hand I’ve worked out how to arrive on time.
I was sobbing all morning as my heart went out –
unlike the flames on Grenfell, which raged until lunch.
Inside the staircases, lift shafts, flats, nothing withstood.
Tears became gas.  Screams caught fire and burned.
Everything that wasn’t blame became ersatz.
It’s hard to stay focused.  Our dreams are so grotty.
And the housekeeper creaks on the upstairs floor.
I picture her stroking her long Hispanic body,
which opens, closes, then empties itself completely.