As the pandemic subsided during the summer months in Europe, the southern states of the United States experienced a surge in cases.

We brought a first hand account from Linda Barnard in a New Orleans care home:

It’s getting real in here. Newly established, the isolation ward has been set up too close for comfort. From my room, I’m able to hear most comings and goings, and I know the current number of patients is exactly nine. In the last twenty-four hours, out of two patients who went to hospital, one died, though not of Covid-19. Then they moved two more into the ward. What I’m not sure of is how many, in total, have gone to the hospital or been identified as having Covid-19, because they move them around during the night. They say about five or six staff tested positive. But a couple of them were out sick before testing was even available. Me, I hydrate. I take daily doses of vitamins and apple cider vinegar. I’m good. 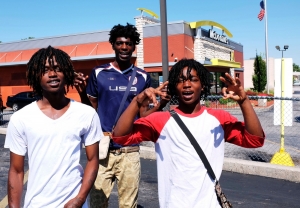 The pandemic formed the backdrop to the U.S. Presidential election later this year. Photographer Barry Delaney brought us back to the aftermath of Donald Trump’s victory in 2016.

I left a depressed New York city following the surprise election of Donald Trump in November 2016; a city reeling in disbelief at what occurred – but I had captured history unfold in Time Square – now I was heading into the heartland of how this had actually happened – the Rust Belt – then the bus broke down at night in rural Pennsylvania and I missed my connection to Kentucky. I overnighted in a cheap motel and caught an early bus to Kingsport, as we pulled into Bristol, Virginia we alighted for a cigarette break and this anonymous traveller waved his American flag, in defiance or support? To understand this election, one had to be in the rural American heartland, to see what was actually going on – coal-mining towns decimated by unemployment, despair and opiates. 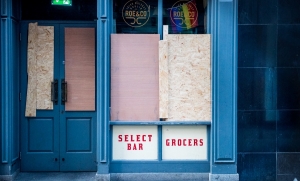 Meanwhile, Dr. Boidurjo Rick Mukhopadhyay explored the economic impact of the pandemic on SMEs, and the insecurity of work in the gig economy.

He wants to work Monday nights but not Tuesday afternoons; she is available on Saturday evenings but not on Sunday mornings… Small and Medium-Sized Enterprises often find it challenging to recruit part-time workers, with abundant choices available to gig workers in different sectors, but the pandemic has vividly demonstrated the nature and depth of insecurity of this form of employment. 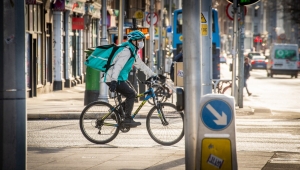 Similarly, David Langwallner identified a new corporate colonialism in the form of austerity: 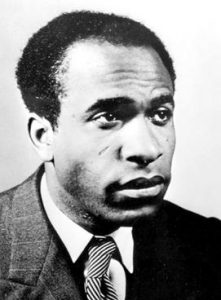 Frantz Fanon’s provided a profound insight into how colonised peoples – The Wretched of the Earth – are required to pay the debts of the occupying powers. This has been reproduced in our own societies in the form of austerity. The occupying powers are now the corporatocracy, or those with inherited wealth. The only difference from the colonial period is they are no longer all from the same ethnic group. In fact a veneer of diversity is achieved with the promotion of a few specimens with varied pigmentation, and an embrace of safe, politically correct policies that ignores structural racism.

While Dr Marcus de Brun posed the question: ‘Where have all the Lefties Gone?’:

So where have they all gone, those Beatniks and the latter-day Chés? Today, distinguishing ideological differences between ruling and opposition parties in most Western democracies requires superhuman vision, or no vision at all. Existentialist dialogue about literature or philosophy is rarely found in mainstream media, instead relegated to academia, or that strange cabal, referred to disparagingly as ‘intellectuals’.

What we are left with is an exaggerated respect for the titans of big business, the market, and venerate unlimited economic growth.

On the theme of social exclusion, Nicole Miller was drawing attention to the drug epidemic that has been afflicting Ireland since the 1980’s:

The Republic of Ireland has a long history of opioid drug-related deaths. Since 1998, mortalities due to opioids have increased yearly. Indeed, there is now, on average, one drug-related death every day. The majority of these involve users combining two-to-four drugs mainly, heroin, benzodiazepines, methadone and pregabalin. 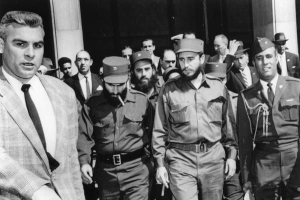 Criticizing Cuba’s many shortcomings throughout the decades has been an easy endeavour for corporate media. Yet the press has studiously ignored positive aspects of the Revolution. This was seen recently in negative coverage of Havana’s decision to send medical teams to some of the countries hardest hit by COVID-19. Indeed, Cuba was the only nation to provide medical assistance to Italy at the height of the crisis there. 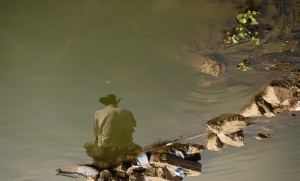 As in Vietnam the Hectic Fish was finding: 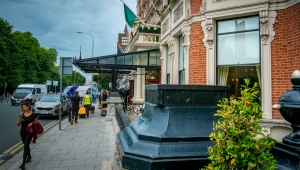 At home in Dublin, meanwhile, statues were on the move from outside the Shelbourne Hotel, an occurrence that drew the critical opprobrium Billy O Hanluain:

If we are to go back four thousand years and posthumously ‘correct’ the sins of that past, I would fear for many heritage sites around the world tainted by practices and beliefs very much at odds with current ‘enlightened’ standards. In any therapeutic practice, acknowledgment of the past is critical but the difficult work in healing is always how we manage the present, the now, which is after all, the only thing we have.

And Andrea Reynell caught up with renowned documentary filmmaker Sé Merry Doyle to discuss his new film ‘James Joyce – Reluctant Groom‘ in which poet Niall McDevitt guides us through a London landscape with unknown Joycean associations. The film went back to a period in 1931 when Joyce and his long-term partner Nora Barnacle moved to London for a year to secure a legal marriage. 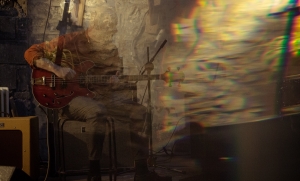 July’s musician of the month Damien Lennon reflected on the uncertainty of the pandemic era:

Grammar expresses a human desire to control time. Regimented in terms of right and wrong, grammar draws lines by which people can express themselves as concurring or not with their own era. Breaking with grammar rules has often been seen as a form of resistance against the dominant forces of a time: take le verlan in disaffected French suburbs for example. But in corona times this paradigm has been inverted: the notion that humanity is at the heart of time has been annihilated. And now, our era has rejected us. Suddenly our grammar is exposed as fantasy. But wasn’t there always an implicit arrogance in the phrase “next week I will be sitting in Tulum drinking tequila”? It seems hubristic that humans are grammatically equipped to script their own future when anything can happen. Such reflections have been on my mind since our latest release flukishly coincided with the pandemic. 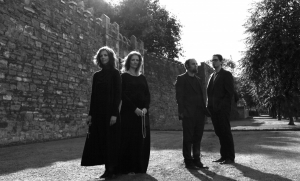 Also in music coverage, Catríona O’Leary finally found an opportunity to work with some of her favourite musicians: Nick Roth, Francesco Turrisi and my sister Deirdre O’Leary, and was inspired by the the witch hunts of medieval Kilkenny:

But why sing the words of a witch-burner? Because they’re beautiful and I find it interesting to contemplate the contradictions that exist within people. As Stanley Kubrick said when asked if his characters were good or evil, “They are good AND evil!”. 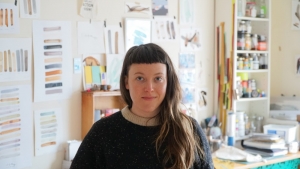 Artist of the Month Kari Cahill work is grounded in an exploration of landscape:

The word ‘landscape’ not only refers to the topography of an environment, but also to its existence within society, consciousness and experiences. As we move through our existence we traverse thousands of constantly shifting landscapes – geographic and experiential- moulding them around us. Boundaries shape how we think, move and express ourselves. Our ability to understand ourselves, and our place in this world, rests on our collective responsibility to protect and celebrate our surroundings.

Finally, Nick Feery ‘the boy from Tore’ brought us back to his eighteenth birthday when he worked for his local builder Whimpy Dunne.