History …is not homogenous, empty time, but time filled by the presence of the now.

(Walter Benjamin, XIV, Theses on the Philosophy of History).

Grammar expresses a human desire to control time. Regimented in terms of right and wrong, grammar draws lines by which people can express themselves as concurring or not with their own era. Breaking with grammar rules has often been seen as a form of resistance against the dominant forces of a time: take le verlan in disaffected French suburbs for example. But in corona times this paradigm has been inverted: the notion that humanity is at the heart of time has been annihilated. And now, our era has rejected us. Suddenly our grammar is exposed as fantasy. But wasn’t there always an implicit arrogance in the phrase “next week I will be sitting in Tulum drinking tequila”? It seems hubristic that humans are grammatically equipped to script their own future when anything can happen. Such reflections have been on my mind since our latest release flukishly coincided with the pandemic.

In 2016 Zeropunkt recorded some dystopian improvisations and then parked them. Fort Evil Fruit expressed interest in 2019 and we jumped. We decided to call the album Future Perfect Continuous, inspired by the presumptuousness implicit in the tense, and the promise of an eternally blissful and unshakable utopia suggested in the actual words. The album took slightly longer to release than planned, ultimately concurring with the pandemic, making the title uncanny in a world where time had stopped. Life as we knew it had ended. We’d left the rigid regime of “time” and entered what Henri Bergson called durée (duration).[i] Human temporality had been exposed as an absurdity. Suddenly duration, not time, reigned over human existence, and we were in profound existential shock.

The collapse of routine temporality can have a revolutionary feel about it. Seismic events upending time systems have occurred before. A revolutionary calendar was adopted in Republican France from 1793 to 1805. And Walter Benjamin mentions the later 1830 revolutionaries shooting at public clocks in Paris in order to stop time.[ii] A collapse of normal temporality can feel like a messianic occasion for progressive change. And it can be. But this overlooks how forms of human order can tend to just exchange places. Old order time gets replaced by revolutionary time, which becomes new order time, which in turn becomes old order time replaced by ‘new’ time, etc.. Humanity gets encircled by its own temporal systems, enclosed in its own bubble. Meanwhile, non-human time scales, the geological and the cosmic, continue happily in their duration – simply being.

The coronavirus suggests we’re not special after all. Our personal and collective narratives hang by a thread, overblown in their significance and existing within scripted histories. Geological and cosmic history are very indifferent to our stories. There is undeniable arrogance in assuming our (hi)stories are the ultimate ones. We’re not the official account of the world – not by a long shot. Our consciousness of cosmic immensity doesn’t help us live our miniscule lives any better. Specialists in morbidity despair at the vast nothingness of the universe, but most people ignore it altogether. However, denial increases our nausea and dread doesn’t help. Being a speck in the void isn’t reassuring, but if you think about it, speck and void need each other to be.

Remember that famous Carl Sagan “pale blue dot” poster, depicting Earth as “a mote of dust in a sunbeam”? Our planet is shown as a tiny dot in the cosmic dark. It should make us despair, but we realise that without the dot the immense darkness is indecipherable nothingness, and without the black backdrop the tiny dot cannot be seen. They both need each other to be what they are. Our microscopic relevance to the cosmos might not seem encouraging, but that immense emptiness can’t be discerned without our tiny cogitations. And, of course, if nothingness is the cosmic majority, doesn’t that make our puny somethingness a very concentrated sort of special? In a way, we register the cosmic existence because we express it. The cosmos can’t recognize itself – its recognition happens in the expression we give to it. This doesn’t mean the cosmos only exists when we exist. It just means its being is not registered – because we aren’t there. Our expression is the thing that gives being recognition.

The desert is the best place to go if you are obsessed with these things. It immediately tames any extravagant ideas you might have about human narratives. I visit the Mojave Desert semi-regularly. There, human time really does appear pathetic. When you immerse yourself in its rocks and dust, you are stunned by the vast theatre of geological time. 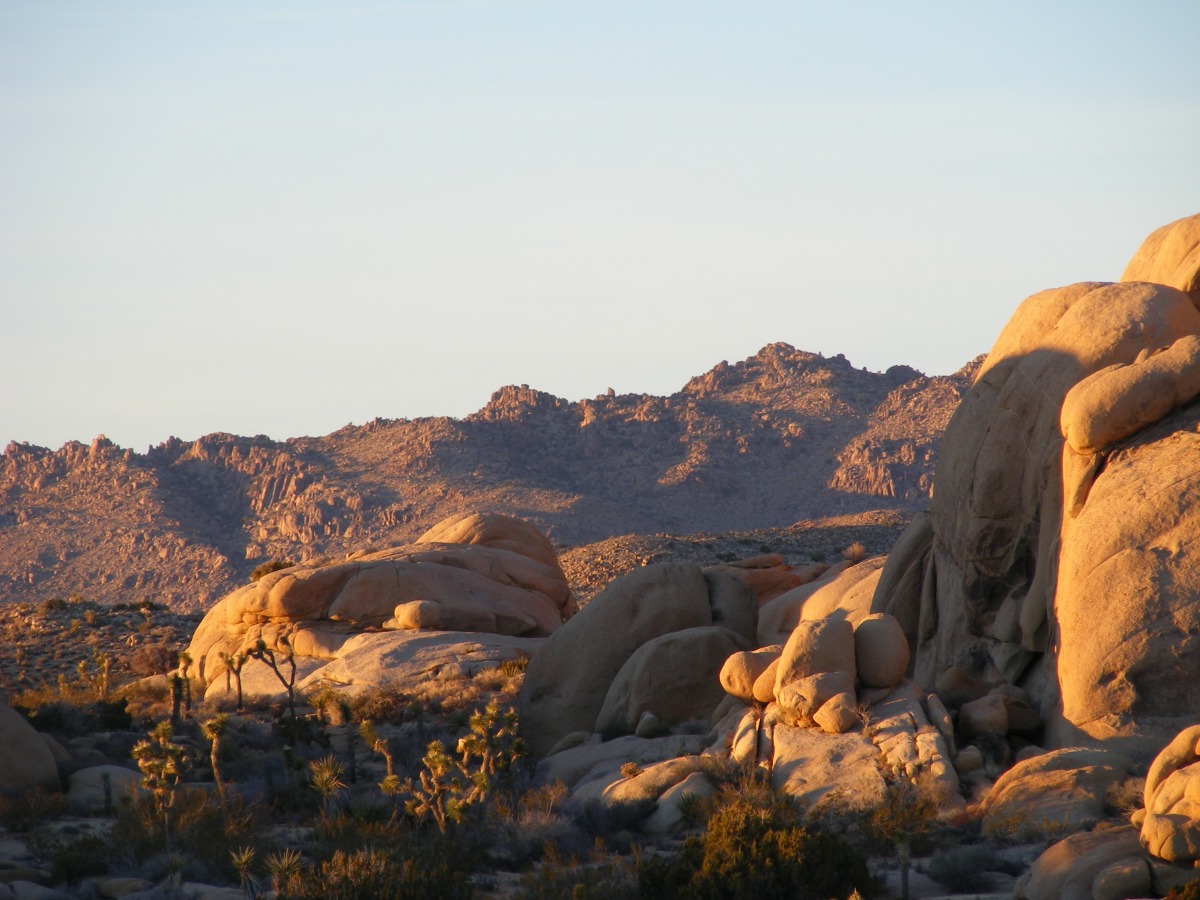 The desert is geological time’s grand museum. There are rocks there of unfathomable age. The time-scape of the desert constantly reminds you it can swallow you in a cosmic equivalent of less than a microsecond. In fact, gazing into it, you realise that it already has, that you are behind it in temporal terms. The “you” standing there is a premonition of the ghost you haven’t yet become to yourself. The significance of your story has already been unwritten in dust. The desert is way ahead of you, and way behind you. As a temporal expanse, it precedes you so thoroughly, and succeeds you so thoroughly, that whatever little moment you think you are having there is just an insignificant vanity. To the desert it means nothing whatsoever. Thinking like this makes it hard to reckon the place of the human story.

Even botanical time in the desert can be extraordinary by human standards. There are creosote bushes in the Mojave called “King Clone” which are about 11,700 years old. When you see them in the searing sun they look quite mundane. You would never imagine them to be extraordinary. And I suppose, on a cosmic or geological scale, they aren’t. But we don’t process time that way. Such scales make us feel even more irrelevant when considering how difficult it is to survive the desert. Most humans wouldn’t last than 10 days there without water. That’s quite a contrast with 11,000-year-old bushes.

Walter Benjamin both loved and doubted the human story. He dreamt of blasting fragmented instances out of oppressive narrative history, disrupting its clean lines by elevating sudden intensities that blow the continuum apart and resonate across time. A salient shard from the past would slice into a stunned present – bleeding chronological time to death. I wonder what he would have made of the Mojave, a zero point that obliterates linear time utterly. There, all credibility in human continuity from past to present to future vanishes. The desert proves continuity is not the succession of moments, not a continuum, but continuance: one cosmically long state of being.

Ultimately along cosmic and geological scales, we are irrelevant. And despite earning our own era, the catastrophic Anthropocene, the monumental expanse of cosmic time from nothing to nothing surely relegates us to the smallest universal footnote. Maybe we take ourselves too seriously, but do we have any other option? We are clearly in some sort of time, so how do we live it? Perhaps we should abandon the sense of ourselves as a story, a narrative; a beginning, middle and end.

Instead we could think of ourselves as a state of being only – before which we were nothing, and after which we will be nothing. If there is immense nothingness before us and after us, should we despair? We’re not as enduring as helium and hydrogen, and we are a minute blip on the universal scale. But instead of despairing, maybe we could be minimalist and egoless about it. Couldn’t we see our lives as a thrilling fluke, a fleeting thing dense with multivarious experience, like some rich sub-atomic, micro-temporal explosion? Something the cosmos knows as a glitch, but we experience as the condensed totality of our passions. Maybe we could be irrelevant and exceptional.

For anybody these questions are pretty traumatic. For an artist they get invasive. I prefer improvising music to writing it, because I want to engage the single moment and then let it go. When it works it’s really something. But sometimes it doesn’t. We’re not always pre-disposed to being-in-the-present – we get distracted. And I’m not suggesting it’s “better” to improvise than write. I really do admire people who write great songs or pieces of music, who leave some sense of legacy. Most of my heroes are these people. Yet I’m half suspicious that this is an atavistic romanticism I got contaminated by. I can’t help feeling I’ve accepted this idea of legacy (a sort of calcified time product) as a necessary fiction we assent to, despite knowing it’s bullshit. I mean, five minutes in the desert tells you it’s bullshit.

Wallace Stevens and Marianne Moore can help us out of this paradox. They promoted the notion that poetry can happen when we recognise our existential fictions as fictions and still “believe” in them.[iii] They advocated the idea of being “literalists of the imagination”, people tasked with creating “imaginary gardens with real toads in them.”[iv] That breaks with a certain type of “grammar” of course. It rejects a logical order – that distinct category between imaginary and real. But it also creates while destroying. We use the rules to break the rules, spinning in our circles. Our era has rejected us, absolutely. It wants to void us. And yet we are here, modest as a speck. Time appears perhaps to be an imaginary garden after all, but we are the real things who must inhabit it.

Damien Lennon is a member of experimental improv group Zeropunkt. His new collection of minimalist poetry was recently published in a dual edition with Rosmarie Waldrop by hardPressed poetry (available here). 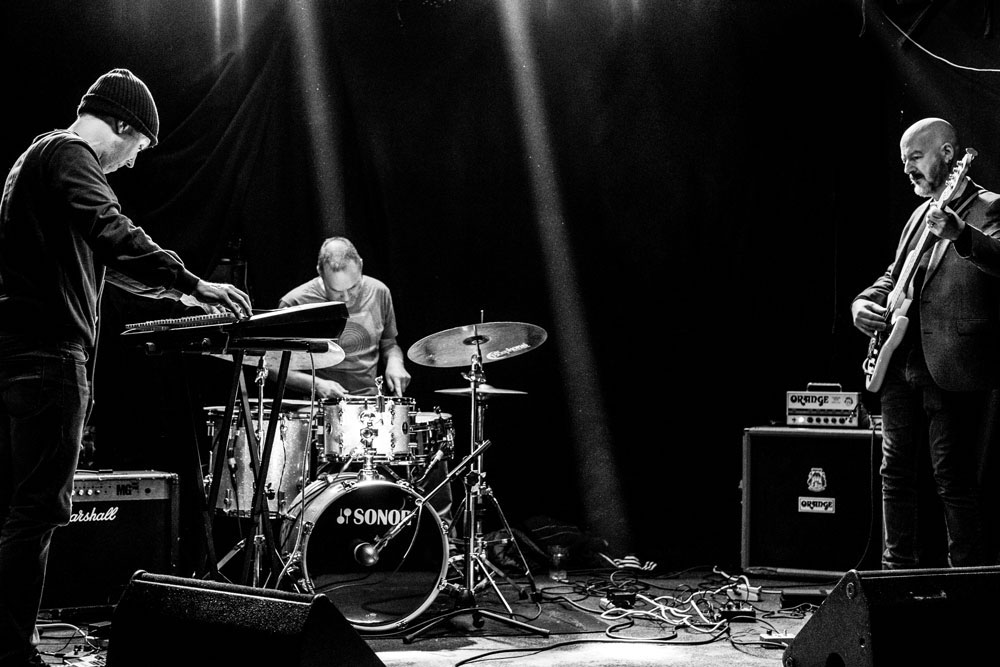 [iii] Wallace Stevens. “Imagination as Value”. In The Necessary Angel: Essays on Reality and the Imagination. Knopf Doubleday Publishing Group, 2011.