Further to reports and in the interests of clarity, the IGS was not consulted about the removal of statues from The Shelbourne Hotel. Such works require planning permission which we believe was not sought. The IGS has contacted DCC Planning urging them to address the matter. pic.twitter.com/2cftDLbffr

If the owners of the Shelbourne Hotel were genuinely concerned with slavery and social justice they might consider a tangible gesture addressing its current practices in Ireland and elsewhere rather than tweaking its exterior in an act of ‘woke aesthetics’.

Imagine if they decided to host a conference on human trafficking and offered reduced rates to the organisers and attendees, perhaps even flanking the exterior with banners promoting the event? Imagine they took a stand on homelessness in Dublin, an issue that is literally on its doorstep? Imagine they took a stand on abolishing zero-hour contracts in their industry?

These statues do not neatly fit in to the modern narrative of slavery in the Americas, they refer to a period nearly a thousand years ago, depicting Nubian Princesses with their slaves. So, by implication they portray the enslavement of black people by other more privileged black people. The African continent had slavery of its own long before the Atlantic slave trade began in sixteenth century, culminating in the brutal colonization of most of the continent by European states.

If we are to go back four thousand years and posthumously ‘correct’ the sins of that past, I would fear for many heritage sites around the world tainted by practices and beliefs very much at odds with current ‘enlightened’ standards. In any therapeutic practice, acknowledgment of the past is critical but the difficult work in healing is always how we manage the present, the now, which is after all, the only thing we have.

An exhausting and myopic focus on the past can become a virtuous smoke screen for not dealing with present injustices. It is so much easy to bicker about past injustices rather than root out their practices in contemporary society.

Moreover, while we are at: if the hotel is pursuing a ‘woke’ agenda maybe they should consider changing the name of the hotel itself?

It was named after William Petty, 1st Marquess of Lansdowne, Lord Shelbourne (1737-1805), the first Irish-born British Prime Minister (1782-82), responsible for granting the United States its independence at the Treaty of Paris in 1783. This newly independent state became a slave-owning state until Abraham Lincoln’s proclamation in 1862.

A devotee of laissez faire, Lord Shelbourne did nothing discernible to improve the conditions in Ireland that would lead to rebellion and ultimately the Great Famine. 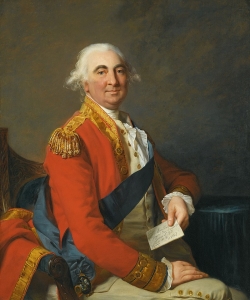 Correcting the past is an impossibility, the real challenge is dealing with the present. One doesn’t need to spend time on a Buddhist retreat or on a therapist’s couch to know that the only thing we can actually change is the present moment.

We can seek to understand the present better by having a fuller understanding of the past, but the past remains, unchangeable. A far greater challenge is the existential one of living an ethical life in the present moment rather than attempting the impossible task of rectifying the crimes of the past.

The removal of statues seems to have been opportunistic. It’s as if the owners are trying to gain kudos in the zeitgeist. But it is far easier to make a cosmetic change to the exterior of a building and lay claim to an enlightened agenda than actually take a political and ethical stance on live issues of social and political justice.

Imagine the socially sensitive and woke Shelbourne, discretely provided a few rooms for free to the homeless, or to those fleeing domestic violence, or even to refugees? Then it would be putting its money where its mouth is.