The idea that our response to the Covid-19 pandemic might be moving us in the direction of the authoritarian horrors of the last century is one that a great many are resistant to. They may feel, for example, that we are living with an extraordinary circumstance, and that the response, however undesirable and unprecedented, remains unavoidable in the face of the threat.

Even to those who feel this way, however, the danger of authoritarianism is something which we should all meditate very deeply on. The comparatively free societies which we have grown up in are a rare and precarious achievement; we are simply not aware how precarious because they are the only world we have ever known. 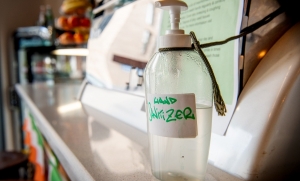 Throughout this pandemic we have witnessed very little meaningful scientific debate in Ireland. Irish experts are drawn from a small circle of academics, some with vested interests, supporting the government’s highly successful publicity campaign. In other countries, in contrast, there are heated public debates between scientists as to whether to adopt a dominant approach of blanket policies, or one of shielding elderly populations.

But in Ireland Nobel laureates and professors from prestigious universities around the world are routinely dismissed with smart quips by gullible journalists. But let us examine the three mantras in a dispassionate way that acknowledges each of their adverse impacts. 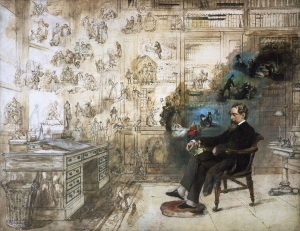 With a Dickensian Christmas forming on the horizon David Langwallner drew on the wisdom and compassion of the great author Charles Dickens in an impassioned appeal for meaningful reforms:

To revert to Dickens as the supreme chronicler of Christmas. If someone has the temerity to present themselves like Oliver Twist with an empty bowl and ask for more will our modern day workhouses permit another spoon of porridge?

Or will they ask: ‘are you not happy with your existing pile of gruel – the charitable food banks that ease the conscious of the rich?’ Now with Covid-19 restrictions in full force diminishing most incomes – but especially those least well off – many now need a bit more, just to survive. This should involve chasing down the artful dodgers in the large corporation, who have picked a pocket or two avoiding paying their fair share of tax.

Also that month, notwithstanding a deep antipathy to all forms of religious fundamentalism, David Langwallner drew on the theme of Religion in his Public Intellectual Series.

With the loss of religious forms, however, many living in modern technocratic societies experience a loss of meaning, and even a moral void. The social structure of religions fostered close relationships and inculcated a sense of community, as well as charity, the protection of human dignity and a commitment to public service. The Bible injuncts kindness towards strangers, and to do unto others as you would wish them to do to you, which also derives from Aristotelian philosophy. 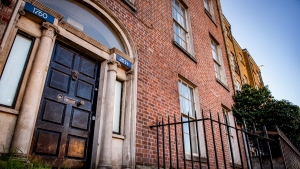 There was also debate around what to do with Dublin’s historic buildings, as Neil Burns decried the elitism of the Irish literary community:

Protestations against James Joyce’s ‘The Dead’ House on Usher’s Island being ear-marked for a hostel are rooted in cultural-bias and emotional-led egocentrism, and exhibit blatant hypocrisy among the denouncers. Artsy sentimentality can be the lesser evil, but it is still based on emotional, and, cultural biases.

Under normal circumstances tourists flock to Ireland for its rich cultural inheritance and traditions. Indeed we live atop generations of history. When the soil offers its secrets in the form of ruins and artefacts, we either attempt to preserve or reduce them to rubble. More often than not, we choose to tear down or bury the past. This often occurs without the general public being aware of what is happening. 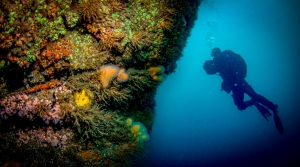 Next, in November’s underwater instalment Daniel Mc Auley introduced us to the Jewel Anemones Crowning the Irish Coastline:

Their method of reproduction means you normally find patches of colour fighting for real estate. Neon Green battles with neon pink for prime locations on the surface of underwater cliff faces. Rarely seen on the east coast, they are to be found in all of the most dramatic sites I have dived along the Atlantic coast. 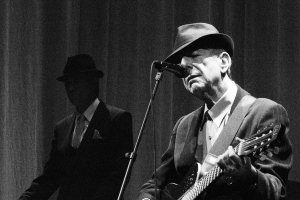 Around the beginning of the second century AD, the Greek writer Plutarch unknowingly created the spark for a flame of artistic inspiration which, not unlike the notion of the ancient Olympic torch, has transcended millennia until today. He might, perhaps, have nourished the expectation that his work’s renown would outlive him, but he could not have imagined that his words would be traced through the 20th century poetry of Cavafy to the 21st century songs of Leonard Cohen and Laura Marling. And yet, in a single stunning example of ancient influence and contemporary Classics, one particular story of his has been read, performed, spoken, sung, enjoyed, downloaded, streamed and reflected on in a chain of inspiration which spans over a century of creativity. The remarkable longevity of one small digression in the mass of Plutarch’s extant work demonstrates beautifully the basic humanity which has connected us from antiquity to now, reflected and refracted through the lens of varying personal and societal perspectives. As a result, the historic loss of Alexandria has become, paradoxically, our cultural gain. 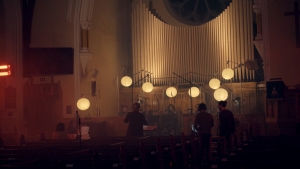 Sonic Gate Studios were the Musicians of the Month for November. Caterina Schembri described the group’s genesis:

We met in Dublin, as students. It was in the MA room, in the recording booth, in a fully-packed Ryan Air flight with destination to Sofia that a small but important concept emerged in my mind. By  experience, or by force of habit, I had a fixed idea of the isolated composer working for countless hours on end;  a dim light, a dark room, a head full of ideas. A familiar concept really,  that’s how I had been making music for years. But the familiar changes, and it was in that MA room, on that crowded plane, sitting by the cliffs of the Irish west coast or on a summer night in the living room of a beautiful countryside house in Spain, that I realised that being a composer doesn’t necessarily have to be a one-woman show; that composition feeds on other creative forms, it feeds on other people, and that’s when many seemingly impossible things start to happen. 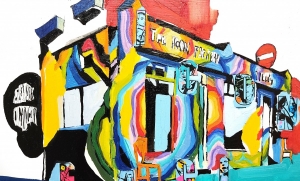 Ten years ago I walked those streets of Temple Bar and no one could have imagined it would be possible to walk those lanes. It was a NO GO area and even Dubliners did not walk there. They were identified as dark spaces, and with anti-social behaviour, public toilets and worse. There was no reason why people would choose to walk there.

Now our art projects attract hundreds every day into the area, and are included in national tour guides, indicated as one of the most popular attractions in the area: an art centre which invites artists to participate in the project with its educational and civilised mission. We made this space safer and a better place for all. 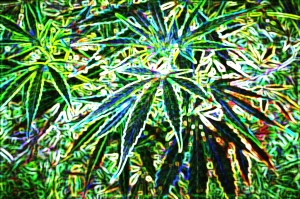 There was fiction from Dara Waldron inspired by The Grateful Dead’s Jerry Garcia:

‘Jerry Garcia, one of The Grateful Dead. They’re a band, apparently.’

‘Never heard of him or them,’ I said, realising that there was more to it than a rockstar dying and that Don was somewhat perturbed.

‘You wouldn’t believe it man. Jamie and Shaun rang in to say they were out for a week. That depressed this dude is dead. It’s JFK levels of impact. I’m not shitting you.’

‘Yea. It’s like their fucking mother died. Left in the dock. I’m practically on my own here.’

‘This Garcia dude. Some kind of Jesus figure or what? A whole week because he died?’

‘Yeah. Weird. Apparently, they’ve been deadheads for years…Some fan cult thing. Can you make sure to meet Sarah tonight? And I’ll see you tomorrow? Don’t forget?’

‘No problem, man. It’s all on the itinerary.’ 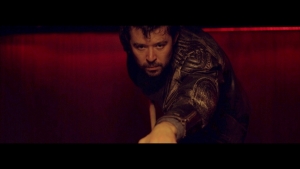 While a seedy pool hall was the location for another of Daniel Wade’s Dublin chronicles ‘Niall’: ‘They shoot pool like they’re born for it. Some for cash,others for pride or thrills; there’s no sole reigning champion. Anyone might wear the crown’

In further fiction from Stephen Mc Randal, the character of Manus stands in opposition to an anti-mask crowd but is more bothered by the sectarian and racist rhetoric, before heading to another Free Julian Assange rally.

There was also two poems from Kevin Higgins in which he encountered a Presidential Black Forest Gateaux and responded to political witch hunts:

Each witch hunt is a tribute act to the last.
There is always a committee of three.
The gravity in the room is such
they struggle to manoeuvre
the enormity of their serious
faces in the door. 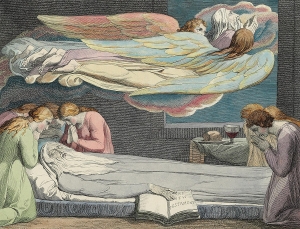 Before we turned our eyes from nudity,
Or banished certain words, death was the first
Obscenity—the one from which the rest,
In time, would find their way. The first
To make a joke of life. The first
To show us what may come of children’s games:
A skull left caked in mud, the slicing rain.
What is a rude word if not a reminder
Of the grave in which one’s coffin will be lowered?
An old man’s kiss upon a young girl’s navel
Would not be possible if not for death.

Dressed up in our Sunday best, our deaths
Seem almost hypothetical. They’re not.
Plastic surgeons, age-defying creams,
Air-brushed waistlines on the cover of Cosmo—
These prove our distaste. Death’s in the ghetto.
But only look out past your green kept lawn,
And there it is, unfazed, a grinning fact.