The Irish winter came early in October with another lockdown, to the disappointment of Billy O Hanluain:

Lockdown measures remind me of the prescription of anti-depressants and other psychiatric medicines. They are both harsh, and both are administered in response to a moment of crisis; both often have severe side effects, which in time often obscure the initial malady that required their prescription.

It is high time we re-examined how the government is being advised to bring the population to the promised land of ‘living with the virus.’ At this stage other forms of advice should be sought. Presumably the government is already receiving significant inputs from the business sector, but other important viewpoints are not part of the conversation.

Dr Billy Ralph was even more critical of the damage that had been done to the fabric of Irish society over the course of the pandemic:

Policies were adopted by an unelected government on the erroneous advice of experts listening to other experts, who predicted an enormous death toll from Covid-19 that has not come about anywhere on the globe. These same experts are now doubling down on initial errors and inflicting incalculable harm on the delicate fabric of society. 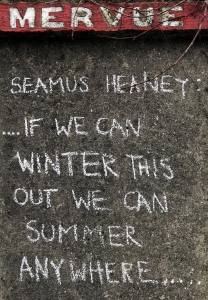 Meanwhile, prompted by warnings from Taoiseach Leo Varadkar that 85,000 could die over the course of the pandemic photographer Barry Delaney revealed the grim foreboding he felt back in March:

The thing to watch for was the breathlessness I had heard. This was what caused the dangerous pneumonia. On the Saturday night I went to bed early alone, and suddenly had problems breathing. It being Saturday I could not disturb my Doctor, nor did I want an ambulance arriving to take me to quarantine in hospital, where I’d be met by Hazmat-clad Doctors and become Patient No. 3. Laid low by fear and shortness of breath I could not sleep. By 5am I made a decision to complete my final book, Americans Anonymous and get my things in order in case this was it.

This proved a false alarm, but it gave way to a period of creative impotence in his photographic practice:

As lockdown eased more and more people descended to summer in Dun Laoghaire around the Forty Foot. To swim, to escape, to even have fun in our new Covid world.

Gradually I began to photograph this migration, at first people were cautious, masked, socially distancing on the newly opened beach, but as May turned to July people began to summer properly. The beaches became crowded, like normal, not the new normal; no one wore masks. The virus didn’t spread outdoors, or so we believed. 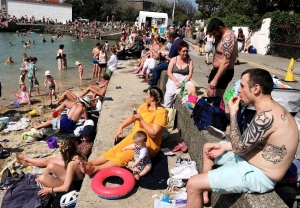 Classicist Ronan Sheehan, meanwhile, drew attention to the etymology of the terms in common use during the pandemic:

Epidemic: from Greek ἐπί epi ‘upon or above’ and δῆμος demos ‘people.’

Vaccine: from the Lain ‘vacca,’ meaning cow, a named conferred by Louis Pasteur in honour of Edward Jenner who pioneered the concept by using cowpox to inoculate (mid-15c., ‘implant a bud into a plant,’ from Latin inoculatus, past participle of inoculare ‘graft in, implant a bud or eye of one plant into another,’) against smallpox.

Exponential: from Latin exponere ‘put forth.’ 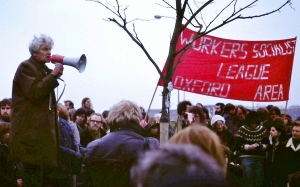 His lasting contribution is the seminal The Making Of The English Working Class (1980), possibly the greatest work of history of the twentieth century that emphasised a new form of bottom-up history, related to the subaltern history that was emerging at the same time in former colonial societies.

We have entered a dark era dominated by the religious right, involving literal and historical interpretation of the U.S. Constitution. A return to eighteenth century values is upon us, including the fire and brimstone of the Old Testament, neglecting to remember that Thomas Jefferson was a deist, if that. Let’s not forget that the United States required a Civil War to end the ‘peculiar institution’ of slavery that was not even mentioned in that document, apart from in the three-fifths clause that represented a African-American slaves as three-fifths of a white person for electoral purposes, in order to maintain a balance between slave and non-slave owning states. 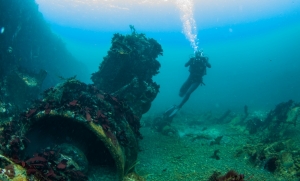 With the combination of a long history of maritime traffic and often quite ferocious seas, it comes as no surprise that the Irish coastline is strewn with shipwrecks, many of which date back hundreds of years. Each one provides a fascinating porthole on a bygone age, telling stories that are often of historical significance, as well as allowing divers a chance to encounter what are often quite intriguing new environments for marine life. 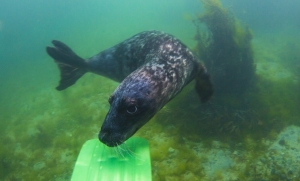 The next introduced us to the seals living along the Irish coastline, now threatened by fishermen disturbed by a competitor as over-fishing reduced catches.

The playful nature of seals reminds any snorkeler of a dog looking for affection from its owner. So listening to news stories where people are saying the best solution to the problems afflicting the fishing community is to take a high powered rifle to these playful creatures filled me with rage and frustration around the management of our coast, and what the future holds for it.

Musician of the Month for October Fergus Kelly drew inspiration from a Fine Art background:

I’ve been passionate about music from an early age, and my love of the post-punk spirit of DIY and experimentation found a crossover with the further reaches of sonic exploration coming from the Fine Art approaches to sound as a sculptural medium. I then discovered improvised music and was smitten. The possibilities just seemed wide open. There was a directness and a simplicity that was really appealing. It was also a much quicker route to producing music by sidestepping years of training. Of course, it’s not just musical ability you bring to the table, it’s imagination and intelligence too. 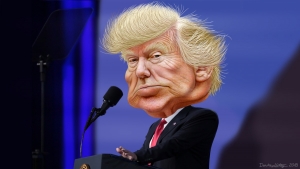 In poetry Kevin Higgins appears to have been inspired by the forthcoming elections:

A barrel of industrial waste poured into a suit
donated by a casino owner who knows people
with a tangerine tea towel tossed strategically on top
because it was the only available metaphor for hair
was running for re-election as CEO of South Canadia
against an old coat with holes in it.

While Ernest Hilbert mused on ‘Models, slender and famished as cheetahs,’:

The bathroom’s OUT OF ORDER. Sewage seeps
Into the restaurant. The manager’s
Frantic, alone today. The line’s

Become a mob. A voice from an SUV
Barks at the drive-through speaker. In the back,
Children cheer a whirl of color on a screen.

I feel the boredom underneath the beauty.
It’s weird, and getting desperate these days.
In auction rooms, the arms go up. And . . . sold.

The next exquisite investment’s on the block.
The views—the hills, the seas—are still pristine for those
Who can afford the heights. Who’s this beauty for?

Beauty’s boring. I do go on and on,
Don’t I? Oh, you have a nosebleed.
Here, drip some in my drink. See this?

Flick this switch. Now listen. Someone will scream.