it is difficult enough for the fishermen to make a living but because of inaction with seal culls, they are now suffering very seriously … What is needed is to dramatically reduce the amount of seals in our water in the same way as we have to reduce our deer population … There is no nice way to do this – the hard core facts are we need a seal cull and we need it immediately and nothing less will be sufficient.
Michael Healy-Rae, T.D. for Kerry, February, 2019.

I have rarely agreed with Michael Healy-Rae’s, or others from his Kerry dynasty, views on anything, but the colourful manner in which they impart their message has always brought a smile.

I respect their support for the people of Kerry, while disliking a partisan style which pits one part of the country against another. They are undoubted masters of public relations and gaining valuable media coverage, delivering messages in a way that seemingly makes them loved in Kerry, if not by the Dublin medja.

This time, however, it’s personal. Healy-Rae has attacked friends of mine, having called for their death in the usual lurid language.

Among the dive community a petition to stop licences being granted to cull seal colonies along the coast was quickly arranged. Within days it garnered 5,000 signatories, a number which is still climbing, as divers voice their anger at the prospect of an attack on one of the most popular of Ireland’s coastline animal communities. 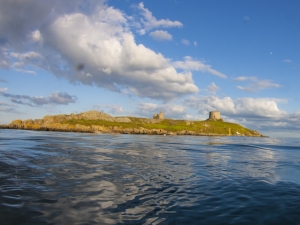 I spent my teenage years bringing groups of children out to meet the seal colony on Dalkey Island. Snorkel camps run weekly during the summer months out of Dun Laoghaire always culminated with a much loved boat trip to Dalkey Island to swim among the resident seals.

Some of the first underwater images I took with a disposable underwater film camera were of these playful sea creatures interacting with children from around south county Dublin. It was always hard to determine who was more playful the children or the seals, who seemed to have a number of games they liked to play, including hide and seek, tag and their constant favourite of fin chomping without being seen.

The playful nature of seals reminds any snorkeler of a dog looking for affection from its owner. So listening to news stories where people are saying the best solution to the problems afflicting the fishing community is to take a high powered rifle to these playful creatures filled me with rage and frustration around the management of our coast, and what the future holds for it.

Of course it is a complex issue replicated across the world and our history, where human appetites come into direct competition with other predators in the natural world. 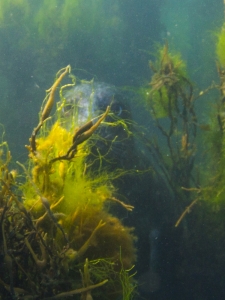 The Grey Seal – one of the two seal species found along our coastline – holds an auspicious distinction of being the first animal to be protected by law against hunting back in 1903.

By that time the Grey Seal had become nearly extinct in Irish waters, having been hunted for both their meat and fur. Now, thanks to conservation efforts their numbers are estimated to have reached over five thousand around Irish waters, with nearly 300,000 worldwide.

Although this sounds like a fair number, they are actually fewer in number than the African Elephant, another endangered species more wildly known for being at risk of extinction. With Ireland home to just over one per cent of the worldwide Grey Seal population, we have a great opportunity to help conserve this incredible marine animal for future generations. 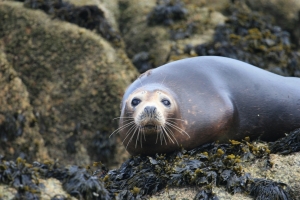 The fishing industry has been under threat for as long as I can remember from all sides. In a way it is the last remaining among the hunter-gatherer professions, so it’s easy to understand why the call for seals to be culled has come from this quarter.

Fishing quotas introduced at a European level can seem deeply unfair to those who support their family from fishing. Catches often have to be thrown back into the water on account of it being a species which cannot be sold due to quotas. On the other hand, the playful seal does not have these caps inflicted on it, and is able to hunt for fish to its heart’s content.

Technological advances have allowed super trawlers to travel thousands of miles to hoover up fish stocks, with implications for small scale fisheries. The recent restaurant closures due to the Covid restrictions has seen a collapse in demand in local markets for their produce.

Like so many business, fishermen are facing a very difficult year while the playful seal watches on, oblivious to the stresses of running a business in the era of Covid-19.

This is not a new battle between two communities, with the fisherman receiving enough support in the 1960s and the 1970s to allow culls of seal colonies. Yet it is all too easy to blame the fishermen for cruelty, while ignoring the methods required to provide affordable fish for supper. As a diver, meeting a seal under water brings great joy and wonder, although on rare occurrences seals take a dislike to the bubble trail divers surround themselves with. Ironically, it’s easier to encounter a seal on a snorkel and held breath, as they don’t perceive a threat from the diver’s bubbles.

Seals are wrapped up in Irish mythology and lore, with stories of the ‘Selky featuring prominently among most coastal communities.  A Selky is a shape-shifting seal that comes ashore and is transformed into a beautiful woman.

Lucky fishermen could win themselves a wife by capturing the seal skin and hiding it from the Selky. If the captured Selky found her skin only then would she be able to return to her underwater lair, leaving the fisherman alone and holding the baby!!

Anyone who has heard the melodic calls of the seals around Dalkey island can well understand why such myths sprang into existence. Seals provide a human tone that could easily deceive the ear. In protecting them around our coastline we are also preserving a part of our own cultural inheritance, as these tales would mean very little we were to drive this species from our waters again.

Quite recently, while bringing an open water diver on a final dive for their open water course we had the pleasure of being joined on the dive by a playful Grey Seal. The seal stayed with us for over five minutes and watching my student’s eyes I could tell this magical encounter would stay with him for the rest of his life. Hopefully through this interaction a new diver also became a new guardian and advocate of the seal population. 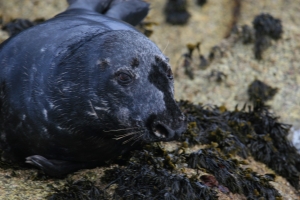 Sandycove in Dublin, beside Dun Laoghaire, like Dalkey Island is home to multiple seals colonies, but with the welcome new cycle lanes divers can no longer park cars near this space, meaning these interactions are frustratingly difficult to avail of. Hopefully a resolution can be found, as divers cannot transport equipment without a vehicle.

Almost every diver includes stories of encounters with seals among their favourite dives, so it is easy to see why a petition to save the seals would garner such support from within the dive community in such a short time.

Every year I make a point of revisiting the seal colonies on Dalkey island to see how these friends from my teenage years are getting along. In the last few years I have been delighted to observe the population increasing with nearly forty Grey Seals counted this year.

If you haven’t had the pleasure of spending time on Dalkey Island yet I again highly recommend it in these pandemic times. It offers an opportunity to see wild animals in their natural habitat while exploring a nature reserve, without leaving the confines of the county.

In this time of rampant extinction events the playful Grey Seal communities in Ireland stand out as an example of how, with the right steps taken by our political leaders, we can preserve species from extinction. It is also a clear sign that once steps are taken continued care is needed to ensure these creatures survive and thrive.

The grandfather of scuba diving Jacques Yves said: ‘We must plant the sea and herd its animals using the sea as farmers instead of hunters. That is what civilization is all about – farming replacing hunting.’

Perhaps other ways to earn a living from the sea may in time become available to fishing communities, and a compulsion to hunt in a destructive manner will decline.

Hopefully steps can be taken so that a balance can be struck between fishing communities and the seal communities that co-exist along our incredible coastline.

If you believe in preserving these seal communities that have so recently come back from extinction along our coast please sign the petition by clicking here. 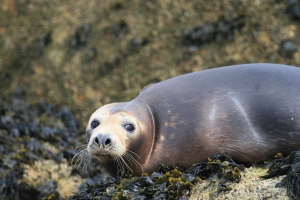 All Images by Dan Mc Auley, read more of his articles on Ireland’s marine life here.