On February 1st, 2018 we published the first edition of Cassandra Voices as a monthly online edition. On this our third anniversary we recall its contents. Help us enhance our offering in the years to come by becoming a Patreon supporter. 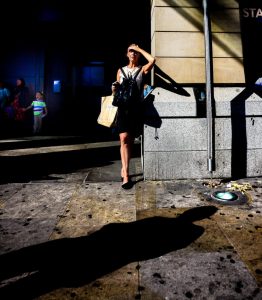 In the wake of Brexit chaos Frank Armstrong pointed to the difficulties presented by an unwritten constitution in the U.K.:

An amateur sporting organisation would hardly tolerate its managing agreement and fundamental members’ entitlements to float in such fashion, and it is surely inappropriate for a modern democracy. Ancient sources such as Magna Carta are cited as formative on the UK Constitution, but without a definitive text any principles are nebulous, and ephemeral.

Connor Blennerhassett brought our attention to ‘numerous cases that have made headlines in Spain, and which raise serious doubts over Freedom of Speech.’

Spain is not currently involved in a foreign war, but is instead embroiled in an existential conflict with itself. One of the most unpleasant aspects of this is a deluge of draconian sentences being handed down, mostly to young people for ‘offending the symbols of Spain’. 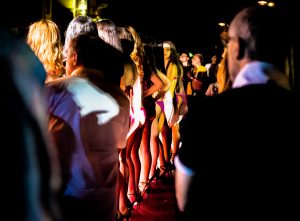 political correctness, and the dumbing down it has brought to personal relationships and public discourse. In many instances it has marginalised forthright criticism, protecting vested interests, who employ the tactic of character assassination. Relationships between men and women are also distorted. 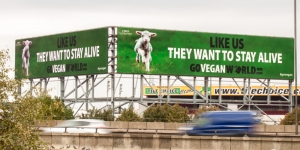 In an article that was circulated widely Sandra Higgins revealed the motivation behind her Go Vegan World advertising campaign:

Most people imagine themselves to be animal lovers. Few scenes on television spark more awe than those featuring animals in their natural habitats, or more affection than those featuring companion animals in documentaries exploring their complexity and playfulness. We find ourselves moved when we witness the precariousness of their lives in TV veterinary series. If we witness one of them being chased or threatened, we find ourselves with bated breath until they escape. 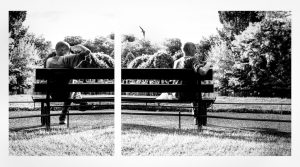 While Bartholomew Ryan drew connections between the careers of Roger Casement and James Joyce:

For Joyce and Casement, to be a radical cosmopolitan is to be an exile soul – ‘self exiled in upon his ego’ as Joyce put it in Finnegans Wake –  perpetually on a homeward journey. Thus, while every page of Ulysses is rooted in a specific place in Dublin, it is also what Yuri Slezkine called, ‘the Bible of universal homelessness’. 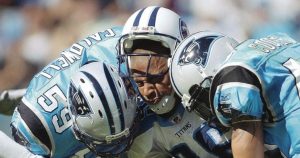 Concussion is the greatest concern. American Football, Rugby, and Soccer, are all under investigation for short- and long-term consequences of the sudden jarring of brain in skull. Injuries in general worry parents all over the world. Excessive wear and tear on leg joints that will yield early arthritis, surgeries on shoulders, wrists, hands, and feet, dietary aberrations and poisonous supplements, drugs and therapies of dubious efficacy, all and more are suffered to maximise the sporting capability of young bodies.

Automation in a variety of sectors could liberate millions from mind-numbing labour. But despite technological advances workers’ earnings have stagnated since the 1990s, while the rich have grown seriously richer, as we face an unemployment cliff. A powerful remedy to the impending obsolescence of many types of work, and grotesque inequality, could be the introduction of universal basic income. This would provide an unconditional payment to every citizen sufficient to avert poverty, providing an opportunity for individual flourishing, to the ultimate benefit of society. Another appropriate response would be for the law to require all companies to register a defined social purpose, beyond simply the exploitation of opportunity for profit. That way the dynamism of entrepreneurship might be harnessed for the common good. 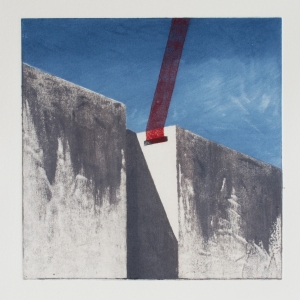 Featuring contemporary approaches to printmaking, this show explores textures of light, line, colour and shape in new configurations. The title of the exhibition is a neologism based on the adjective ‘diaphanous’ – derived from the Greek words dia and phainein, meaning to ‘show through’. This new body of work sees diaphanous textures relaying atmospheric scenarios and quiet spaces. 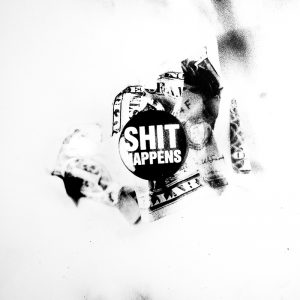 Compassion is the answer. Seriously. Show compassion towards Donald Trump. Before you dismiss the idea out of hand, consider how you have reacted to him over the past year. Have those responses made you any healthier or happier, or helped you sleep at night? Have you instead grown more bitter and angry? Donald Trump isn’t going to change, but your reactivity towards him can. And by altering this you will make the world a better place. 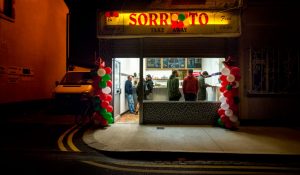 There was short story from Maggie Armstrong, ‘Hard At It’:

And so the time came to rent an office space. We must all find our space. I wanted to read and create and explore, and where was everyone? Where were all the artists? Apparently they had ‘spaces’. One Friday evening I woke up in the National Library, my cheek pressed to the desk and a man’s face a few inches from mine. It was a big, sympathetic face. 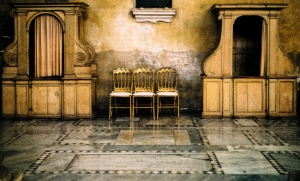 In poetry Edward Clarke brought us: The tune / Of ‘Wolves A-Howling’, / So you can make no tarrying, / And hurry / Out across / The peaks of wild Arkansas, / The heights of south Missouri