Editor’s Note: The presumption of innocence is a hallowed principle central to the Rule of Law. Human rights lawyer and founder of the Innocence Project in Ireland, David Langwallner rails against a culture of Political Correctness that permits trial-by-media of alleged sexual offences, leading to a distortion of male-female relations. He identifies this with an all-consuming Neoliberalism, in which vendettas are pursued through false accusations – often for economic advantage – and where the parameters of permitted behaviour in courtship are sanitised to a point where men are being reduced to automatons. While strongly condemning the behaviour of Harvey Weinstein and his ilk, he argues that many of his accusers were willing participants, and only spoke out when it was to their advantage.

The late great art historian Robert Hughes penned an anti-political-correctness polemic in 1980 entitled Culture of Complaint. He argued that America was witnessing a pandemic of false sexual harassment claims, often leveled in corporate or institutional power games. At the same time, David Mamet, the legendary American playwright, wrote his Orleanna, a structured and more nuanced evaluation of the parameters of sexual harassment.

I despise political correctness, and the dumbing down it has brought to personal relationships and public discourse. In many instances it has marginalised forthright criticism, protecting vested interests, who employ the tactic of character assassination.  Relationships between men and women are also distorted. The slide Hughes and Mamet wrote of in the 1980s, has today become an avalanche.

No one in their right mind condones acts of sexual violence against men or women, or persistent harassment, whether sexual or not. Workplace bullying, moreover, is not always sexual. At any level, whether sex is the weapon or not, no one should sanction a breach of trust, or an abuse of power.

We have witnessed all too many ageing multi-millionaire bulldog types, usually from the arts or politics, using the ‘casting couch’ to steer or negate career advancement, especially of women. Though it seems that if a reputation is truly satanic, such as Mick Jagger’s, that individual may escape condemnation.

It should equally be noted, in the interests of balance, how long bright-eyed starlets were circumspect about blowing any whistle on Harvey Weinstein. It seems some were more than compliant in the toleration of his behaviour, and in some instances his advances, as long as it succoured and supported their careers.

In many instances his accusers lack true moral grounds for condemning him now. Questions of guilt and attribution cuts both ways, a subtlety not grasped by the present snowballing hysteria of outing perverts and harassers. The crimes of the accused, whether real or not, are exposed amidst the hypocrisy of the accusers.

Michael Colgan, the former Director of The Gate, our latest outing and a more sedate Harvey, is now being thrown to the wolves. In both cases it is noticeable that exposure only occurs once a power base has been eroded: Weinstein, after decades of success in independent cinema loses his Midas touch after a string of flops, and brewing financial difficulties; dwindling audiences at the Gate Theatre, meanwhile, may have contributed to Colgan’s downfall. Of course for some such as Mr. Polanski the glamour never fades and that is, in a perverse way, his protection.

There is something very unseemly about the sight of this coup de grace ending the career of the ageing male. The final nails in the proverbial coffin. The killing of the once-prized bull by the matador media.

After all Sir Edward Carson – in even more puritanical times –  and with at least a measure of compassion, refused to prosecute Oscar Wilde after the damage had been done in the civil case, which exposed his gay love affair with Lord Alfred ‘Bosie’ Douglas; by Carson himself of course, and with a good deal of vindictiveness, from one Trinity man to another.

“The poor man has suffered enough”, he is reputed to have said. Standards of decency have plummeted since. No doubt a queue of lawyers are slavering at the prospect of successful actions against aging playboys. 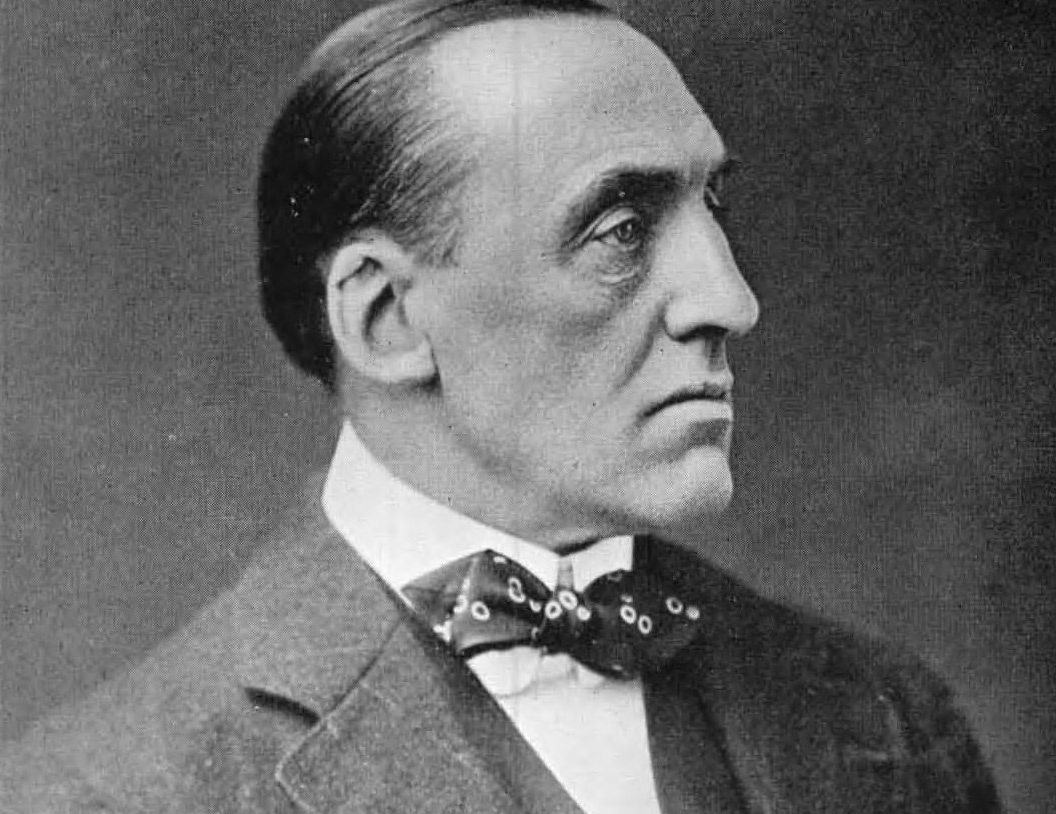 In a different context The French famously say ‘les absents sans toujours tort’, ‘the absent are always wrong’, or translated to this context the disempowered – compulsorily or not – are now easier prey for a slightly hysterical Witch hunt.

Arthur Miller wrote one of his best plays The Crucible on that them, where religious and sexual hysteria – a toxic mix at work in Ireland – leads to an all-consuming madness of false allegations. Not that Weinstein appears to be innocent, but others may be. The point is that balance is lost once the story begin.

Complainants who were amenable, or tolerant, in the past now seek to expurgate their involvement, cleansing their souls and conscience by shopping someone. Often, as was seemingly the case with former deputy Prime Minister Michael Fallon in The United Kingdom, to protect their own job. The issues of guilt and retribution are far from clear.

Motivations are murky. As in the Mamet play, and indeed a Michael Douglas film called Disclosure (1994), sex allegations are often linked to political or corporate power plays. Saying someone has touched your knee inappropriately may save one’s job. It’s kill or be killed in our Neoliberal universe.

The culture was of course different before the transcendence of political correctness, a greater laxity in personal conduct was tolerated, and both sides often participated in what might be deemed the immoral, generally sexual, pleasures of an uncensored society.

It ill-behoves one side to scream from the citadel of innocence, and dress in the cloak of victimhood considering their consensual participation, and inculpation in some cases.

That in no way exculpates, or should lead to toleration of, the practices of Mr. Weinstein, or even earlier, and more notoriously Mr Polanski, whom the French protect, as they seem to, all artists of significance, which is merely to note a peculiar national characteristic. For him, as was said of Benjamin Disraeli, the glamour never fades.

Thus, the retrospective retributive justice by the kangaroo court of vox populi, and the dangerous menace of public avengers. The Rule of Law is being subverted and due process and forensic truth-seeking replaced with trial-by-media, whipped up by a populist clamour. Prosecution by smear, through innuendo, and ‘no smoke without fire’, even by falsehoods in some instances.

None of this is helped by the psycho-babble of often pseudo-feminism, including the blathering of Hilary Clinton, reversing the burden of proof, and undermining the presumption of innocence. This antiquated feminist agenda dovetails very neatly with trial-by-media. Guilty in the court of public opinion before any charges are made and– as in the case of Garda McCabe in a different context – the manufacturing of guilt and suspicion by politically-motivated criminal and corrupt public officials.

Careers are rapidly destroyed, reputations irretrievably damaged, without anything so troublesome as a court process, or even internal disciplinary procedures, where anonymity may be preserved.

All of this is leading to a great disturbance and realignment of normal interactions between men and women.  Displays of attraction will be culturally realigned, such that communication of permission and refusal will be increasingly difficult to divine.

This will destroy much of the interesting texture of courtship and flirtation, displays of intimacy, and non-intrusive physical contact. A peck on the cheek or hand on the shoulder, may now be considered an act of violation. In American corporations, in some instances, employees who wish to date are required to sign a sex contract, detailing precisely what is consented to.

This will magnify the mistakes and misunderstandings that often precede sexual congress, complicating the quest for a suitable mate, or ideal match. A sexually-programmed, robotic world beckons, appropriate for the preferred model of serf employees.

I dislike intensely corporate cleanliness, fused with the family values of the religious maniacs of the U.S. Republican Party. A sexually ‘clean’ Neoliberalism, served up with great dollops of hypocrisy. A Corporatism requiring the worker to comply with stable domestic strictures on fidelity and religiosity.

Sexual behaviour has been, and always will be, a disturbance of the ordinary and smooth processes of income accumulation. Deviation cannot be tolerated among a malleable workforce.

Furthermore, in many instances an innocent man is the victim. False allegations against Cliff Richard and Paul Gambiccini nearly destroyed clean-cut, almost asexual, national treasures. It has become a penalisation of success, a titillating feature of the celebrity culture. An allegation of sexual deviancy may destroy a trade competitor, to gain a trifle of public recognition for yourself and reinvigorate a flagging career. A solipsistic ‘Me’ generation demanding Andy Warhol 15 minutes of fame.

In this blood sport, the more talented and renowned the celebrity, the greater prize the scalp becomes. All the more opportunity for faked outrage against a fallen idol from plastic people, who equate success with one’s name appearing in the newspapers.

It is also, frankly, a society rapidly becoming the obverse of Margaret Atwood’s novel The Handmaid’s Tale (1985), a dystopian tale following a Second American Civil War, where women are forced into sexual and child-bearing servitude. The new handmaidens are an increasingly de-sexed and under-the-thumb male population. Today all men except those under total control, display the Original Sin of perverts and harassers.

Other expressions of public opinion, such as the film Fight Club (1999), have demonstrated this precarious male identity. What escape now for the domesticised American male, drawing his wage in an insidious corporate culture, where any degree of abnormality in courtship is impugned? The Irish equivalents of Fight Club remain the male debating society, binge drinking and that awful sport of rugby. In these arenas male aggression can flow uninterrupted. 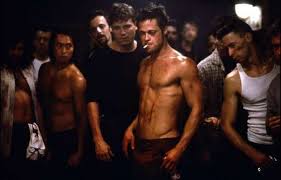 Although Mr Weinstein and Mr. Spacey seem, at first blush, guilty, after trial-by-media, or at least to have a strong case to answer, I fear the whole onslaught will lead to a McCarthyite Witch Hunt, about which Miller’s play based around the Salem Witch Trials is a parable. The present hue and cry and that of over half century ago, are linked by a common plethora of false allegations, stoked by the religious and political Right for nefarious ends.

Someone needs to turn this ship around, and quickly, before genuine expressions of male and female sexuality are distorted for good.

Vive la difference as the French say. Not all flirtation and banter is harassment. Not all men are rapists. The pendulum has swung too far, and through the constant recourse to public titillation in the media, important ideas concerning the problems of economic and environmental catastrophe are side-lined. The bread and circus of sexual distraction is delivered in daily doses by red top and broadsheet alike.

Michael Fallon is no Winston Churchill, but his fate recalls a story – apocryphal or otherwise – told of the latter being accosted under the influence as he entered the House of Commons by Lady Astor: “You are drunk Sir Winston”, she said. “I am”, he replied, “but I will be sober in the morning and you will still be ugly”; an undeniably sexist remark, which, in the present circumstances, would lead to a swift political demise for Britain’s war time leader. 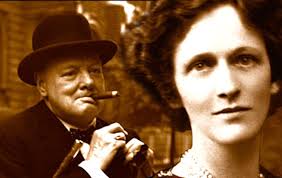 This is a plea for moderation and balance, and for an appraisal of the true evils inherent to Neoliberalism; an appreciation that the very difficult road of reason, principle and fairness needs to be traveled; coupled with examination of the often willing participation of those leveling accusations. Too often, we externalise blame, excluding individual and collective failings, which, to reiterate, in no way condones genuine sexual violence or harassment.

But let us not confuse fakery, contrivance and falsity with reality.