Don’t hit your head on the way out.

Sport is breaking as much as making. The playful testing ground for youth has become an investment vehicle for the idle rich, and is about to come up against the limits of human reality.

Sport is being tested, in Law and laboratory, for its ability to not only help but harm. 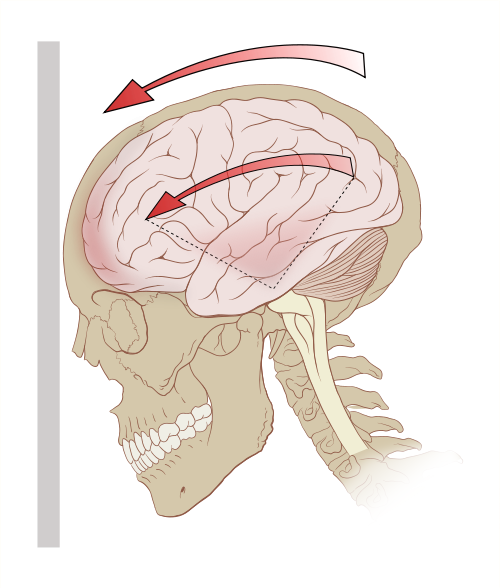 Concussion is the greatest concern. American Football, Rugby, and Soccer, are all under investigation for short- and long-term consequences of the sudden jarring of brain in skull. Injuries in general worry parents all over the world. Excessive wear and tear on leg joints that will yield early arthritis, surgeries on shoulders, wrists, hands, and feet, dietary aberrations and poisonous supplements, drugs and therapies of dubious efficacy, all and more are suffered to maximise the sporting capability of young bodies.

Further idiocy is seen in the recent Australian Open where ‘Djokovic said he was “right at the limit” of his stamina’, due to excessive and unnecessary exposure to the sun. There are other types of hurt in Sport. The mental anguish of failure, either as an individual or as part of a team, compounded by the often vitriolic chants and slurs of the audience, can do immense and lasting damage no matter what the age or experience of the participant.

The same bad behavior is often seen pitch-side at the games of juveniles, with filth-tongued parents hurling accusations and exhortations that in a workplace would elicit a quick call to HR and the Legal department. Even supposedly civilizing games such as Cricket tolerate not only consistent verbal harassment called “sledging”, and until recently could still be deadly as with Phillip Hughes’ tragic death due to a fast bowled cricket ball hitting his head in an area unprotected by his helmet.

I can make a prediction: The Law will free sport from wanton injury.

Law is our learning. It’s how we work together to agree on how we may work together, and minimise harm. We know how to harm each other, even in law but especially in reality. We should be able to enjoy interacting competitively without risk of hurting one another, no matter what the shape of the ball or court.

We must rule out the possibility of suffering concussion as a result of following the rules of a game.

Certain tackles in rugby, Gaelic football and hurling, heading the ball in Soccer, are all under review

Boxing? A sport predicated on concussion, horrifically termed the ‘sweet science’, can have no place in civilized society.

I can make another prediction: Rules of behavior at sporting occasions will be enforced with at least the standard shown in the workplace. When minors are present the standards will be higher again.

Sport will become what it always is when practiced by the experts: play. Watch children form and reform rules for their games, as they run around in patterns. So it is great sports-people give new insight into their games, pushing past the limits of what we thought was possible. The best show creativity and excellence, in ways that delight and wow us without ever trying to hurt someone else, indeed they are gracious and kind, no matter what happens.

The idea of Sport as battle needs to die, for it is practicing violence, and we really don’t need to do that anymore.

Eoin Tierney is an entrepreneur living in Dublin.