It is necessary for him who lays and arranges laws for it to presuppose that all men are evil and they are always going to act according to the wickedness of their spirits whenever they have free scope.
Niccolo Machiavelli

In the summer of 2007 I agreed to teach a law course to visiting American students in Lady Margaret Hall (LMH), Oxford. Preparing this, for the first time I seriously engaged with the rather paradoxical notion of an ‘unwritten’ UK constitution. I argue now that this leads to a destructive uncertainty in the wake of the Brexit Referendum.

Oxford University is composed of thirty-eight colleges of various distinctions and reputations. Founded in 1878 as the first women’s college, LMH’s central redbrick quadrangle is an inspired recreation of French Renaissance architecture. The dreamy grounds adjoining stretch to the River Cherwell, Weeping Willows conjuring a pre-Raphaelite impression of forlorn Victorian damsels. 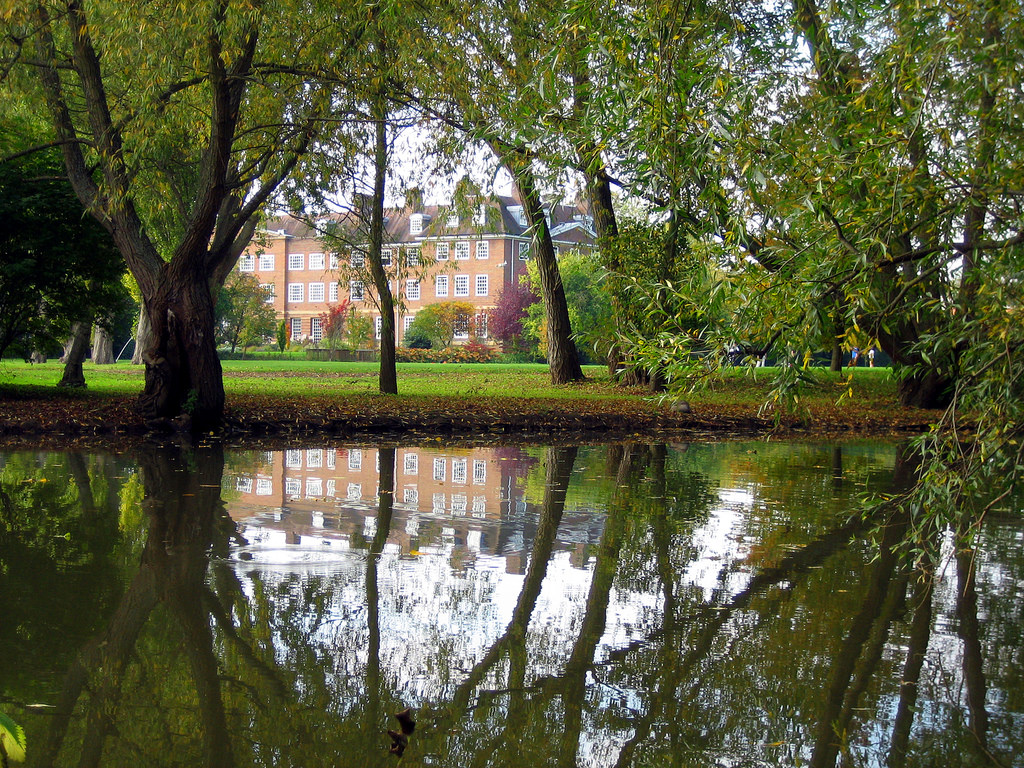 The grounds of Lady Margaret Hall.

Now accepting both genders, illustrious alumni include Benazir Bhutto, Nigella Lawson and, more incongruously, Michael Gove, the current Secretary of State for Environment, and Brexiteer-in-chief. More commendably he was also the political assassin of Boris Johnson. His dismissal of expertise during the Referendum debate infuriated staunchly-Remain Oxford, and ran contrary to his alma mater’s motto ‘Souvent me Souviens’, ‘I remember often’.

The UK legal system resembles our own, save in one crucial respect. Apart from during a brief period between 1653-57, after the English Civil War (when Oxford was a temporary Royal capital) neither England, nor the United Kingdom from 1707, has been governed under a written constitution.

The political philosopher James Tully describes a constitution as: ‘the cluster of “supreme” or “essential” principles, rules and procedures to which other laws, institutions and governing authorities within the association are subject.’

The absence of such an outline clearly setting out these “supreme” and “essential” principles accounts for many of the difficulties of the UK government arising from the victory of the ‘No’ side in last year’s referendum. No fixed domestic constitutional provision guides how the UK’s executive should proceed in the wake of a referendum vote. Indeed, the first such poll only took place in 1972, when a landslide vote approved UK accession to the European Community. The constitutional implications of a referendum remain unclear.

This has put Her Majesty’s government in a state of persistent confusion. The bee in her bonnet is that decisions are vulnerable to legal challenge. It took a High Court decision last November to compel Theresa May to secure parliament’s approval to activate Article 50. In that instance the Lord Chief Justice said: ‘the most fundamental rule of the UK constitution is that parliament is sovereign’.

Parliamentary sovereignty for the moment, however, co-exists with the supremacy of European law. Moreover, eminent jurists such as Lord Bingham have also argued that the UK is also subject to a Rule of Law beyond any decision of the majority in the House of Commons, which uses a first-past-the-post electoral system that effectively excludes minority views, rubber-stamped by the House of Lords.

Furthermore, residual powers of the monarchy reveal archaisms at the heart of the ‘unwritten’ constitution. This includes the idea of Conventions, which do not have the character of ‘hard’ law. One such is that of a reigning monarch calling on the leader of the largest party in the House of Commons to form a government. Conventions are, however, a slippery constitutional instrument, and the system relies on the sanity and decency of the monarch, who is above the law.

In a speech on November 13th last year Brexit Secretary David Davis sought to provide bring more clarity to the issue. He said MPs in the Commons, and peers in the House of Lords, would be given an opportunity to approve any agreement with the EU, but would have no say in the case of no deal, or power to compel the government to reopen talks.

Parliamentary sovereignty is thus seemingly upheld, though legislators are given no discretion or meaningful oversight. This division of powers between the branches of government – the executive exercising its prerogative to negotiate a treaty with foreign states before it is placed before the legislature which brings it into law – may be consistent with other political systems. But the point is that in the UK this has to be specified.

Moreover, the constitutional status of the Good Friday Agreement is unclear; as discussions around a ‘soft’ or ‘hard’ border unfold it is worth bearing in mind that this the agreement operates as a simple act of parliament under UK law, which could be repealed by a majority, as opposed to a more durable constitutional provision in Ireland.

An amateur sporting organisation would hardly tolerate its managing agreement and fundamental members’ entitlements to float in such fashion, and it is surely inappropriate for a modern democracy. Ancient sources such as Magna Carta are cited as formative on the UK Constitution, but without a definitive text any principles are nebulous, and ephemeral.

There are of course advantages to constitutional flexibility, as Tom Paine’s wrote: ‘The vanity and presumption of governing beyond the grave is the most ridiculous and insolent of tyrannies.’ Thus, the Second Amendment to the US Constitution ossifies the demand of a frontier society for unrestricted access to firearms. But at least the US Constitution to some degree restrains presidential excesses. And Paine also declared: ‘government without a constitution is a power without right.’

The Irish constitution also bears anachronisms, but provides a stable managing agreement that is the hallmark of most modern democracies. The roles of the three branches of government, judiciary, executive and legislature are defined, even if, like in the UK, the absence of a clear distinction between the executive and legislature places more power than is desirable in the hands of the Taoiseach. Bunreacht na hEireann is also far simpler to amend than the US Constitution.

The Supreme Court’s 1986 decision in Crotty confirmed that any additions to European treaties should be placed before the Irish people in a referendum, rather than requiring a simple majority in Dail Eireann. This has brought considerable discomfort to the executive, especially the two referenda required to pass the Nice and Lisbon Treaties.

But the sovereignty of the people is upheld by requiring a majority of voters to approve any constitutional realignment through a referendum. This also involves a majority in Dail voting to place any such choice before the people. Importantly, these mechanisms are all laid out clearly in the Irish Constitution.

No such incremental approach was adopted by the UK – or most other European countries for that matter. Instead, David Cameron asked the bald question: ‘take it or leave it’. In its wake unprecedented instability reigns in a country that takes pride in its venerable institutions.

Central to the perpetuation of this legal disorder has been the University of Oxford, which counts all post-war prime ministers among its graduates, apart from Winston Churchill, Jim Callaghan, John Major (none of whom attended university), and Scottish Gordon Brown.

A dominant consensus has been that the ruling class knows best, delaying and stifling constitutional reforms. To justify this, conservatives point to centuries of stable government. But this has had much to do with geographic insularity, and often ruthless suppression of internal dissent.

The Brexit crisis reveals a wider malaise – of a society in conflict with itself after a great empire has receded – now unsure of what it represents and nostalgic for a departed greatness. This awakens the need for a modern UK constitution to regulate the branches of government and enshrine fundamental rights after this inexorable Brexit. Inevitably, this will provide scope for expertise.

Frank Armstrong is content editor of Cassandra Voices and lives in Dublin, www.frankarmstrong.ie.