Your antennae are up months before it comes. You’ve gotten to the point where, if Leo Varadkar says something won’t happen, you brace yourself for its certain announcement, in good time.

When the axe finally falls, you’re on holidays in Donegal in July, and the uncomfortable reality sinks in that the house and the rain-sodden outdoors will have to do you, pubs and restaurants will have to wait. Because you’ve long known that the game that’s made its way onto your table – one of freedom by way of the barcode – is one you won’t play.

There are many quiet tears across the country, many tummies in a familiar pattern of churning, as a new breed faces an uncertain dawn. They’re greeted, at best, with a wall of silence, at worst with opprobrium and unflinchingly entitled judgement.

The air of suspicion they have increasingly felt around them, in a quietly charged atmosphere that has made it harder to be in the thick of things, even among some cherished family and friends, has become solid and tangible.

And yet the day is like any other, the view from the window just the same. Nothing but a simple QR code and a biddable hospitality sector, understandably desperate to re-open its doors, signals the birth of a new Irish underclass.

Research shows that people have many reasons for declining a medical intervention. These are mainly born out of considered thinking: medical history and experience, including vaccine-injury; research and knowledge of what is right for their own body; the practice of natural healing modalities as a first recourse to health.

Gym membership cancellation rates at the recent extension of medical segregation to that sector suggest that those who have a strong investment in their wellbeing through exercise may assess the risk/benefit of Covid-19 vaccination in a different way to those who may be more vulnerable to Covid’s worst effects.

There is no one-size-fits-all. Such is life. If we believe that this turns a vaccine-free person into a walking biohazard, perhaps we have bought into fear over an inspected view.

We are now some twenty-two months into a pandemic that has fundamentally shifted the course of our existence. It is fitting to ask whether, along with a potentially very serious virus, we have also been visited by a kind of collective trauma, stemming from news streams delivering non-stop daily scrutiny of Covid-19, along with rolling curtailments of our lives and those of our children. Never before has an idea of safety been so rigidly attached to a single concept: being Covid-19-free.

Frank Armstrong measures the health of the Irish republic in response to the pandemic, and argues for a social contract inclusive towards all who live here.https://t.co/Y2SCYfZab6@frankarmstrong2 @BowesChay @broadsheet_ie @indepdubnrth #COVID19

I don’t make light of Covid-19. I know what a serious illness it can be, particularly for those who are older or have underlying vulnerabilities. However, in a new world characterized by fear and caution – surrounded by visual reminders that something frightening is in our midst – I believe that something vital to a healthy society is being dangerously side-lined: the checks and balances necessary to healthy democratic governance.

We are in the process of enshrining into law a piece of primary legislation, the Health and Criminal Justice (Covid-19) (Amendment) (No.2), granting the extension of extraordinary emergency powers to Minister for Health Stephen Donnelly, powers that prior to Covid-19 we never could have countenanced handing over to the State.

These extend the medical segregation that has become normalised in society, where the paradoxically named “immunity certs” – granted after double vaccination to access supposedly inviolable freedoms – are widely seen as a reasonable and proportionate response to pandemic times, rather than a human rights’ issue in urgent need of inspection.

Do we wish to live in a world where a person can be stripped of their basic freedoms because of their private medical status? A world where the unproven threat of asymptomatic transmission is greater than the threat of authoritarian, technocratic rule?

(One where, in perhaps the greatest twist of all, those who have retained their “privileges” are of course no less immune from the Covid transmission chain.)

Do we wish to be part of a society where, for instance, a medically vulnerable person who is not suitable for vaccination is left out in the cold – because GPs currently have no authority to grant meaningful medical exemptions?

Do we want to raise our children in a world where a person who exercises their right to informed consent, as enshrined in every human rights in healthcare covenant since Nuremberg, can be readily pegged as plainly reprehensible?

Sins of the Past

In Ireland, we are thankfully now alert to the impacts of the sins of the past – where the “othering”, for instance of women and children in mother and baby homes, was an accepted thing – yet are we willing to face uncomfortable truths about our present?

At this moment, we have effectively “othered” a cohort who are subject to a particular kind of derision. Ireland’s vaccine rollout, which sees the highest level of coverage in the EU, has not transpired into the panacea promised. Despite this, we see blame at times verging on incitement to hatred publicly levelled at those who choose not to or cannot, due to medical reasons, avail of this medical intervention. The failure of the medicine is somehow the fault of those who didn’t take it.

Even as reputable medical journals caution against stigmatising the unvaccinated, the vaccine-free are relentlessly pegged as the scapegoat of this difficult episode, where goalposts keep shifting and promised remedies fail to deliver. Those in power conveniently use this to deflect from their own failures.

“Anti-vax”, a dehumanizing, broad brushstroke term, has become common parlance. Nothing short of a creeping obsession has developed towards a group stigmatised with this label, among some of Ireland’s most trusted, supposedly liberal media commentators, and among some of our most powerful political voices.

Terminology that casually stigmatizes people has the twin impacts of eroding human dignity while effectively silencing dissent and debate – two essential tools of a functioning democracy. And if the ensuing social media outcry was anything to go by, many found it chilling to witness Minister Donnelly level this term at a fellow deputy in the Dáil chambers, for presenting peer-reviewed scientific information.

There's strong support among public for mandatory vaccinations, survey finds. For all this and lots more, pick up a copy of Monday's Irish Daily Mail or click on https://t.co/7yQSg4dmA7 pic.twitter.com/bILyyJO8mg

Taking one for the Team

While we can casually cast blame, without evidence, upon the cohort who didn’t “take one for the team”, those who should actually be answerable almost two years in operate without meaningful scrutiny from either a critical media or political opposition. And here, I believe, is where we should all be looking to.

We have empowered Minister Donnelly to strip some seven per cent of the Irish population of their basic social and civil rights. If this legislation extends until its “sunset” of June 2022, we will have placed a minority of Irish society at the back of the bus for almost one year. And who knows how much longer they’ll even be allowed to travel on the bus? If past form is anything to go by, we might then expect another piece of similar legislation to follow it.

I struggle to understand how all this is compatible with a liberal democracy. As medical segregation and the removal of human rights flourishes across Europe, and our social credit becomes increasingly tied to barcode-accessed living, at what point do we begin to seriously look at the potential harms of this brave new world, for which we are hard at work laying down the building blocks?

A medical officer having the power of detention over you, in an undefined “designated place”, if you are merely suspected of having Covid-19, is not democracy. Coerced medication is not democracy, and the championing of Covid Certs by Leo Varadkar, on the basis that it drove up vaccination rates, only celebrates this lapse.

When does Emergency Phase End?

Decision-making that impacts everyone in Ireland, taken by a group of eight middle-class, middle-aged white men, who fail to represent the cross-section of Irish society, including those most vulnerable to the effects of lockdown – working-class people, women, and other minority groups – is not democracy.

Almost two years in, it no longer holds for our government to act as if we are in the emergency phase of the pandemic. This ongoing abuse of emergency legislation and power is causing untold damage to the communities trying to stay afloat around it.

There is evidence aplenty now to begin an assessment of the broad impacts of pandemic measures, and this must be done with independent expertise provided by those who have not been at the helm. The bigger picture must now come into view. We need to properly consider the economic, social/cultural and in the context of overall healthcare.

I believe, special attention must be paid to Covid-19 policy impacts on our young people. Strategies need to be rebalanced towards carving out a future that allows us to respond proportionately to the threat of Covid-19, while maintaining people’s human and civil rights, their entitlement to dignity and privacy, and ending a nasty division that has crept in with terrifying stealth, in a time of crisis.

We need solidarity regardless of medical status. Please stand with me to reach out to your political representatives to insist they convey our call to reject segregation and division, and to demand checks and balances from a government that many increasingly see as being power-drunk at Ireland’s wheel. 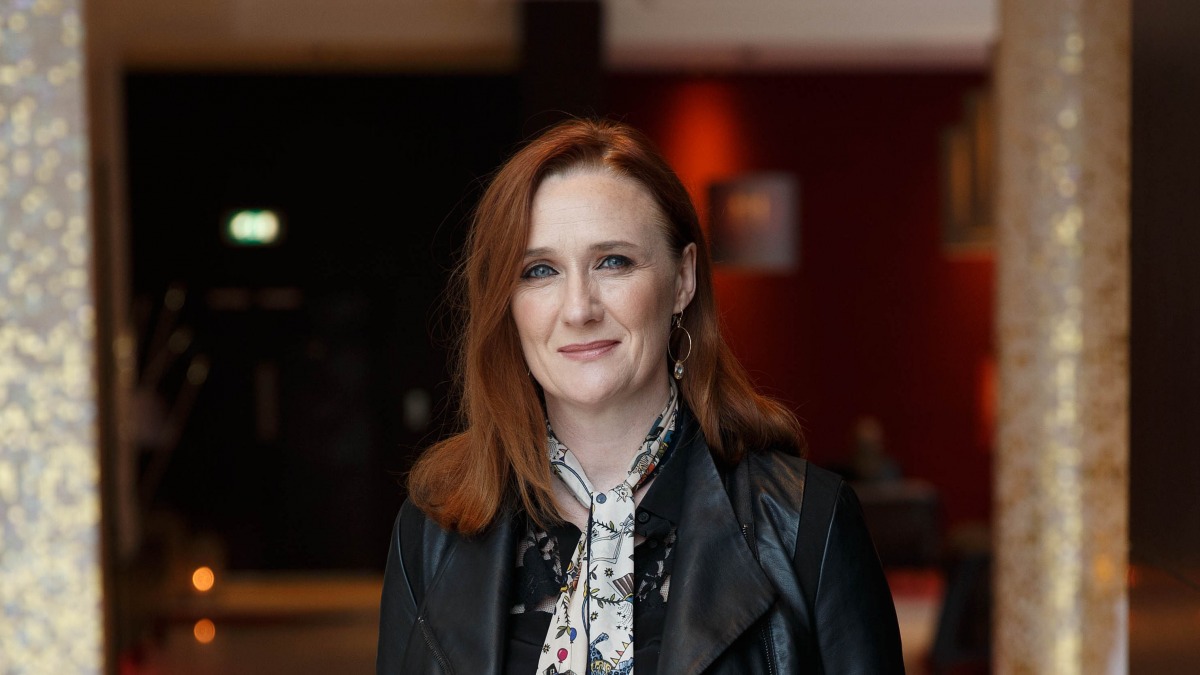