In Blood, Sex and Death, I Found Her

Janet is pregnant and alone. Her boyfriend is god knows where and her dad is having none of it and wants to marry her off to a man of his choosing. She’s having none of that, and wants an abortion. And she’s damned if any man will tell her what to do. It is any time between the eleventh and the sixteenth century, in Scotland.

Frankie Baker loved her boyfriend Allen Britt but she shot him anyway. Her gun was a .38 pistol, and when the time came, her aim was true. By the time Allen died, slowly and painfully in hospital days later, from a single shot wound to his stomach, a ballad about the event was already selling on street corners. It told a story in notes that swung, capturing the imagination of generations. It just wasn’t her story. 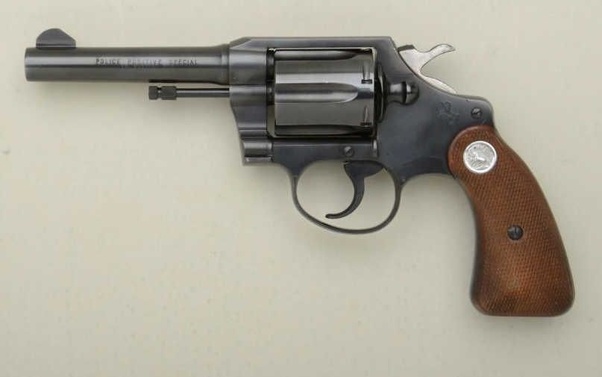 A .38 pistol. In ‘murder’ ballad ‘Frankie and Johnny’, the real-life perpetrator of the shooting, Frankie Baker, was unhappy with how she was represented. Among other things was the gun detail. ‘It wasn’t a .44,’ she said, ‘it was just a little old Harrington & Richardson .38. And it couldn’t have gone roota-toot-toot, ’cause I only shot once.’ My new song ‘Don’t Do Me Wrong’ sets the record straight on the events of that fateful night in 1899.

The old woman who lived in the woods killed a baby. We don’t know why she was left holding it, just that she was. Her chorus is a keening wail, a weile-weile-waile that rises from the depths of the well. It is so transcendent, so collective, that others can carry out its ancient, visceral work. Locate the cry in Famine times and its echoes might offer a clue to the circumstances that gave to it.

Lily goes to war to be with her lover, which means pretending she’s a man. Into the bargain she saves his life. She gets to be a soldier and a heroine of the battlefield. You have to hand it to her. But I’m not completely convinced she set out on her heroine journey just to be with her guy. Perhaps she believed in the cause. Perhaps she was just deathly bored with her lot and craved some action.

Polly was savagely murdered while pregnant, by her boyfriend, who threw her body in a hole in the ground he’d chillingly spent the night before digging. She had it coming, he saw how other men looked at her – how would he ever truly possess such a woman? He goes off to sail the seas, but her ghost is furious and manifests on his ship, in her arms a revenant child. And he will not resist her beauty now, of this she makes sure, as she lures him to his death among the waves using the temptress charms of his projection.

These were some of the voices that called out to me, as I set about exploring women’s experience in the folk music canon two years ago, voices that were captured at a moment in time, that shape-shifted according to its passage, and that carry with them its cultural and social context. As a singer-songwriter interested in and inspired by women’s perspectives, explored in such songs as ‘Finest Flower’ and ‘Trouble Come Find Me’, I hungered to know them, to explore their possibilities, their hidden aspects, their hearts. Were there new expressions asking to emerge? 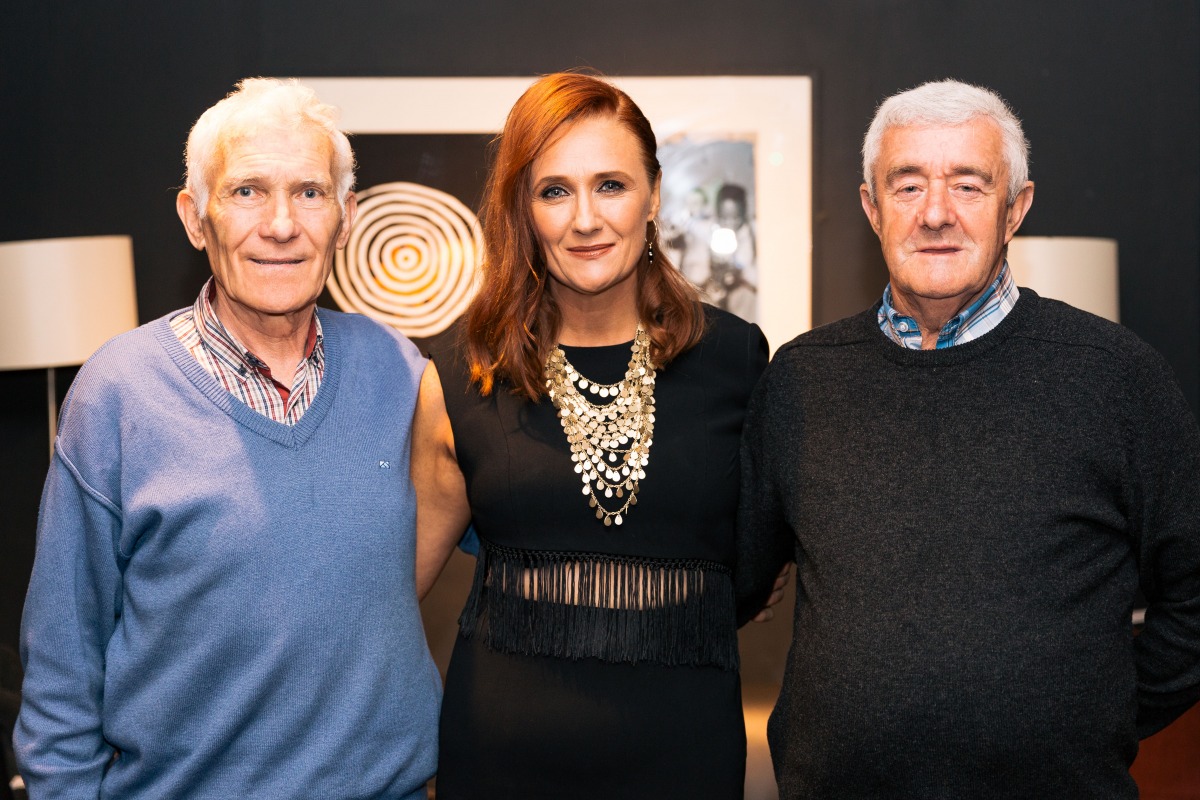 Live recording of ‘Trouble Come Find Me’, inspired by the life of pioneering midwife Philomena Canning, with whom Ciara campaigned for justice for five years, until Philomena’s death in 2019:

It began with ‘Frankie and Johnny’. First written in 1899 in St Louis, Missouri, it was my grandmother’s party piece, the unlikely star of a repertoire that was more readily identified by rousing rebel songs of bold Fenian men, and mournful ballads to Cathleen Ni Houlihan, penned by her beloved uncle, songwriter Peadar Kearney.

But Frankie and Johnny, telling the story of a cheating man and his jealous girlfriend, was the favourite of us kids, with its bold declaration that ‘there ain’t no good in men’, inevitably delivered with finger-pointing gusto by my grandmother Kay Considine. When I later discovered that the ballad was based on real-life events, I wanted to know more.

Through available writings, along with newspaper reports and court documents of the time, I pieced together an alternative tale, which shifted it from a crime of passion into an act of survival, for a young black woman, a sex worker, who was the breadwinner in the relationship and asked in exchange for respect.

The song, created in the direct aftermath of this pivotal event in her life and which dogged her until its end, failed to reflect an important fact, one which led to her acquittal on Friday 13th of October, 1899. (According to Frankie’s testimony, being granted her freedom on this most damned of dates had the welcome bonus of vanquishing her superstitious ‘omens black’.)

As for what happened: Allen had entered Frankie’s bedroom in the small hours of the morning drunk, angry and wielding a knife. She shot in self-defence. 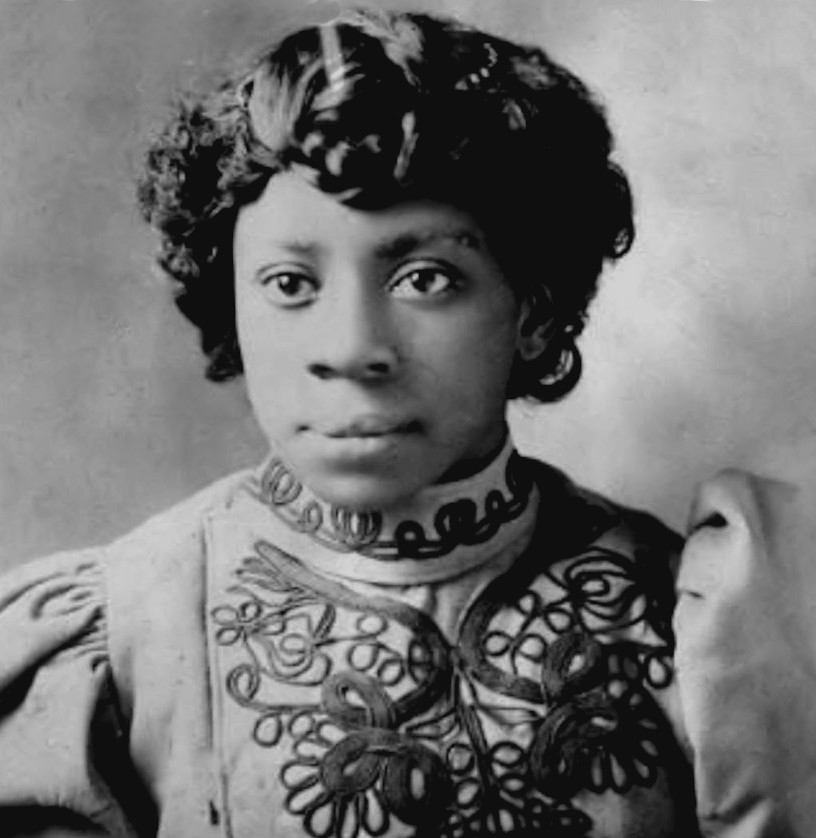 This seemingly small detail blew me away. As I stared at my computer screen into the arresting, disquieting gaze of this queenly young woman – finely dressed, notably composed – I felt deep love for her memory.

Later in life – ground down by events, unable to shake off the story that had been landed upon her, no matter where she went, and powerless over its representation of her (she even tried to sue two movie studios, to no avail) – she would live out her last days in penury, in an asylum.

‘Don’t Do Me Wrong’ is an homage to Frankie Baker and gives life to her perspective of the fateful night in 1899 when her young lover met with an early grave.

As I explored the folk music archives deeper – an uninvited, self-styled confidante of Her – I felt alive and open to nuance, to the spaces between the lines, to that which could not be spoken, and my love for the embattled heroine expanded.

She is raped and left bereft, and there is no justice. She commits infanticide in extreme desperation, and is cast as a crazed crone. All of women’s struggles through time – the desperate lot of wounded or deprived agency – find expression in our song heritage, and at times I wondered at how deep our keening goes, and if it is indeed as bottomless as a well. Yet her endurance, inner strength and tenacity reminds us that just as a wrecking ball can turn a world to rubble, something new can always be created from the ruins.

A grant from the Department of Tourism, Culture, Arts, Gaeltacht, Sports and Media as administered via the Music Industry Stimulus Package 2020 enabled me to begin recording this six-song EP of original material inspired by her voice, and once I secure funding to complete them, I look forward to releasing and performing the new material.

As to how I came to music, perhaps motherhood was the metaphorical wrecking ball out of whose rubble I located my creative desire, and pursued it. In the new world order of an upended life, as two babies slept I fought maternal panic and exhaustion with poor guitar skills, an ear for melody and the strangely solid sensation that came from writing lyrics. Late-night bouts of songwriting alone in the kitchen were, my husband sensed, something urgent and tension-laced, not to be disturbed, even if it meant distance and loneliness for us both.

And he was right. It was only through an imagined creative life being ripped from me as easily as a wet Band-Aid that I knew I’d been sleepwalking. A living heroine, Joni Mitchell, spoke of her grandmother’s descent into madness, and I sensed thwarted creativity in its mix.

Fear can be a great motivator, and the chaos of early motherhood an effective stoker of its flames, especially when you’ve long had a nose for the smoky scent of female madness-terror. It was time to wake up from the dream. There is never a good time to start, so I might as well start now.

Over a decade and two albums on, both independently produced, I can’t say it has been an easy road, but it has been a fascinating and rich one that has led me to places I could not have dreamed of in that kitchen space, late at night, afraid for what I would become if I hadn’t found a means of artistic expression. I’ve gotten to steer a course in music through a career in book publishing, motherhood, and activism, and keep on keeping on, through highs and lows.

My latest project ‘Blood Sex Death’ feels like a coming of age. As I move steadily towards my half-century birthday, some might say it’s about time. For a late developer like me, dabbling in songs hundreds of years in the making, perhaps it is right on course.