I distinctly remember this day, aged about twelve, going for a family walk down (up?!) the west pier in Dun Laoghaire when my older brother by seven years was teaching me different rhythms, while the rest of the family discussed the day’s concerns as the seagulls squawked overhead. He would first get me to repeat the same rhythm that he was clapping, before teaching me a second alternate rhythm that would interlock with his original. We walked along with our footsteps creating the pulse and our hands beating out polyrhythms to the bemusement of other families and dog walkers.

Around the same period, I also clearly remember being at home doing homework when my brother came in and put on John Coltrane’s Giant Steps album. I can still recall the sense of wonder at this chaotic and exotic sound coming out of the CD player. A seed had clearly been planted.

Another memory is of being in the kitchen before dinner one day and my brother putting on a Sonny Rollins album and getting me to try and click on beats ‘2’ and ‘4’ – as is customary in that particular idiom. At that stage I just could not fathom how it was possible to discern which beat in the bar was which.

As you have probably gathered, my brother was at that age a very big influence on me. He was studying jazz performance, and I was more than happy to be his musical guinea pig, testing out and practising everything he was learning himself. It was around then that I also started taking piano lessons, aspiring to play music but not on the same instrument as my guitar-wielding brother. I worried there would be too much competition or that I would end up in his shadow, and there was already a piano in the house as my older sister had also been getting lessons.

The piano lessons were going well and I had a great teacher, who literally lived at the end of our garden. These continued for about a year, before he moved out of Dublin and the lessons stopped. Over the following couple of years I continued to play a bit, getting one or two lessons with a family friend and my brother also taught me a couple of jazz standards. He said: ‘Chords in the left hand, melody in the right hand. Then to improvise just use any of the notes that are in the chords in your left hand at the time – fun!’ I got a little repertoire together including, ‘Mr PC’ (from Giant Steps) ‘Blue Bossa’, ‘Mac The Knife’, ‘All of Me’, ‘There Will Never Be Another You’ etc.

At the age of fifteen, when I had to pick an instrument for Junior Certificate music, my teacher at school, who loved that I was playing jazz and improvising – as opposed to the many other Bach-bashing pianists – encouraged me to stick with the piano. When I asked my brother, however, he suggested I take up the drums. Perhaps he had seen some natural talent that day on the pier, or maybe he just wanted a drumkit in the house for him to rehearse on with his own band at the time! Either way, once again his words were paramount and my parents kindly signed me up for a term of lessons, understandably, before they would commit to purchasing such a large and dynamic instrument. The lessons went well and within six months I was swinging away (or at least trying to) on my wine-coloured Pearl Export. 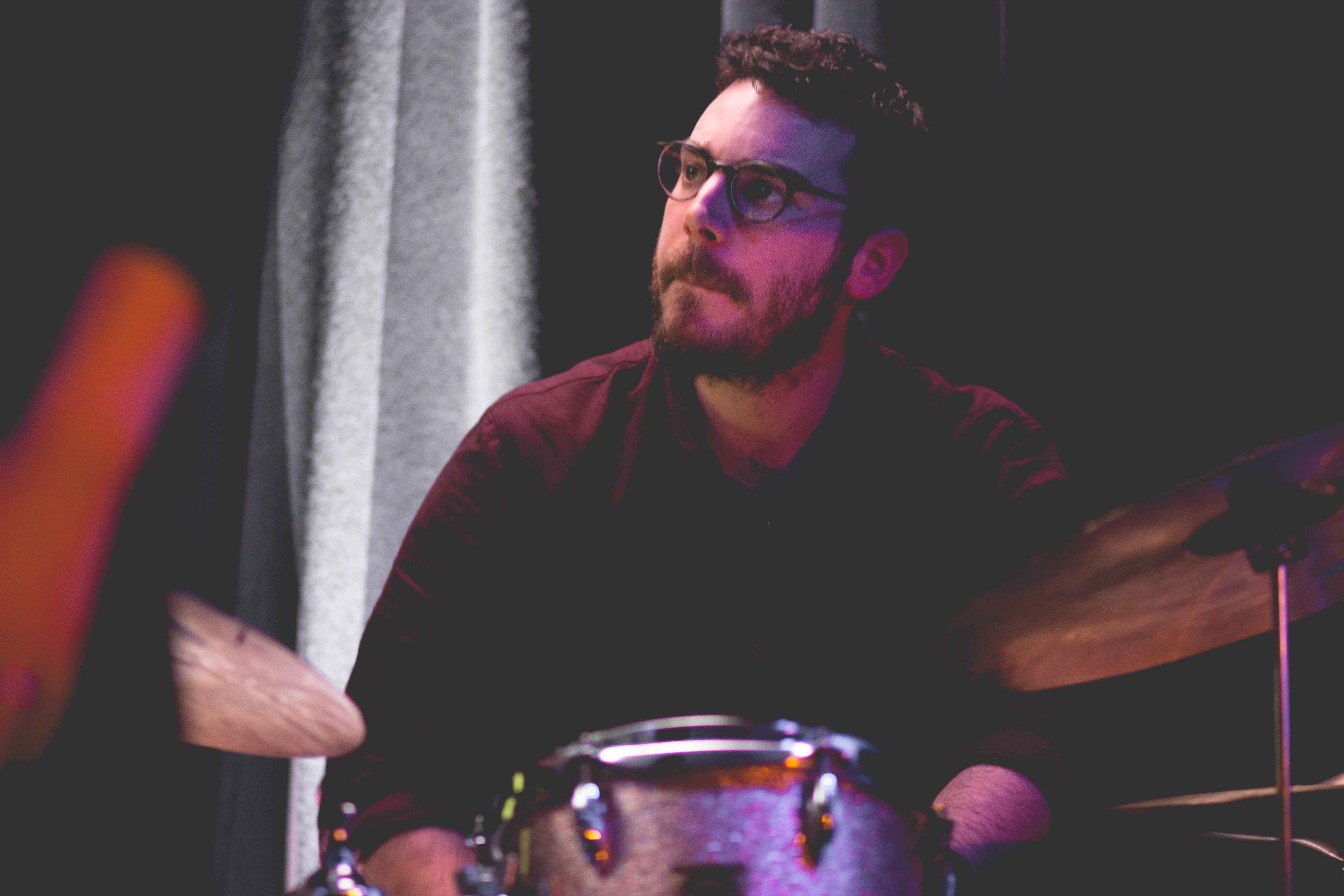 I have since realised how unusual it is to sit down at your first ever drumkit and attempt to play swing grooves à la Elvin Jones, as opposed to the more common rock beat #1. This unconventional route was confirmed by my decision, once again at the prompting of my brother (surprise, surprise), to take transition year out of secondary school and take the same one-year music performance certificate course at Newpark Music Centre that had set him on his way some years beforehand. Later, after I finished my Leaving Certificate, that course became the first year of a four-year music degree programme that I went on to complete.

This deeper delve into the world of jazz, and the connections that I had made through my brother’s involvement in the scene, meant I gained lots of experience in situations that technically I was probably unready for. I now believe this was an invaluable part of my musical education, meaning there was always a creative or musical reason for practising, as opposed to practising a mechanical exercise purely with the goal of ‘being able to’.

These formative experiences, absorbing music from somebody I looked up to, learning the piano before the drums, and playing with a variety of seasoned musicians gaining valuable insight into the necessities of a drummer, have made me the musician I am today. And what kind of musician is that?

Well, I feel hugely privileged to play drums in a lot of different projects, in many different contexts and with musicians from a wide variety of backgrounds. I am at a stage, twenty years on from that day on the pier, where almost every day I get to play with people I respect and love, and whose music I care about.

My foremost aspiration is to make all of that music sound as honest and real as possible. Amazingly, all of the musicians I play with trust me to make the most appropriate choices for each situation.

I do not think of myself as a drummer, but as a musician that happens to sit down behind a drumkit (no longer a wine-coloured Export!). For this I thank my brother (who is still very much involved in music too), along with the rest of my ever-supportive family, including parents who have travelled as far as Paris, Cologne and New York to see me perform. Thank you. 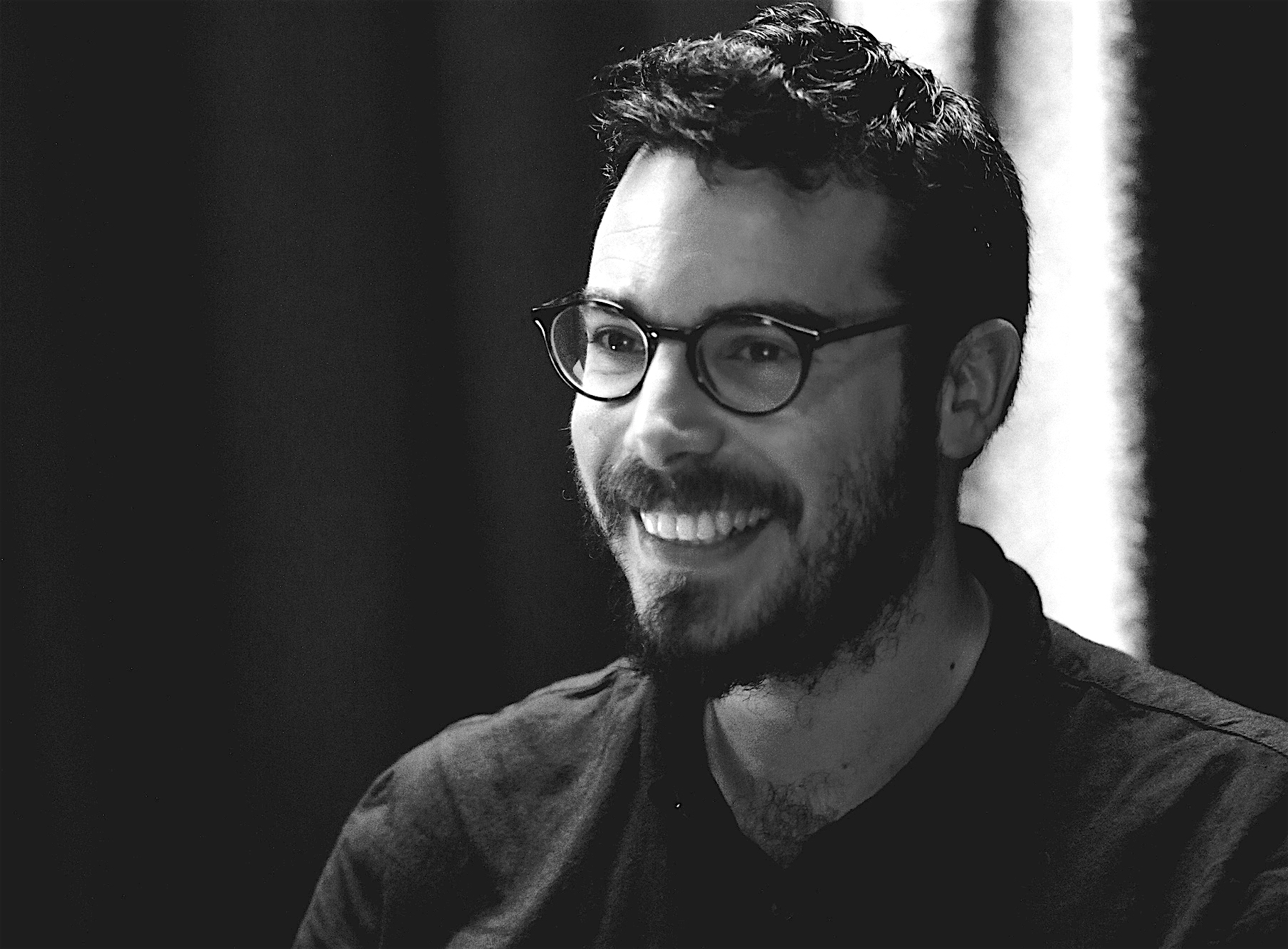