Cassandra’s Cultural Roundabout is a light-hearted take on the cultural scene of Dublin and beyond, containing the odd acerbic note.

We know precisely how fine a documentary film maker Sé Merry Doyle is from our experience working with him on his short film, ‘Cassandra Voices – the Hard Copy.’ Sé put two chronically camera-shy characters at ease, while shooting amidst general hilarity, but with a clear idea of what he wanted to achieve in the short time allocated. 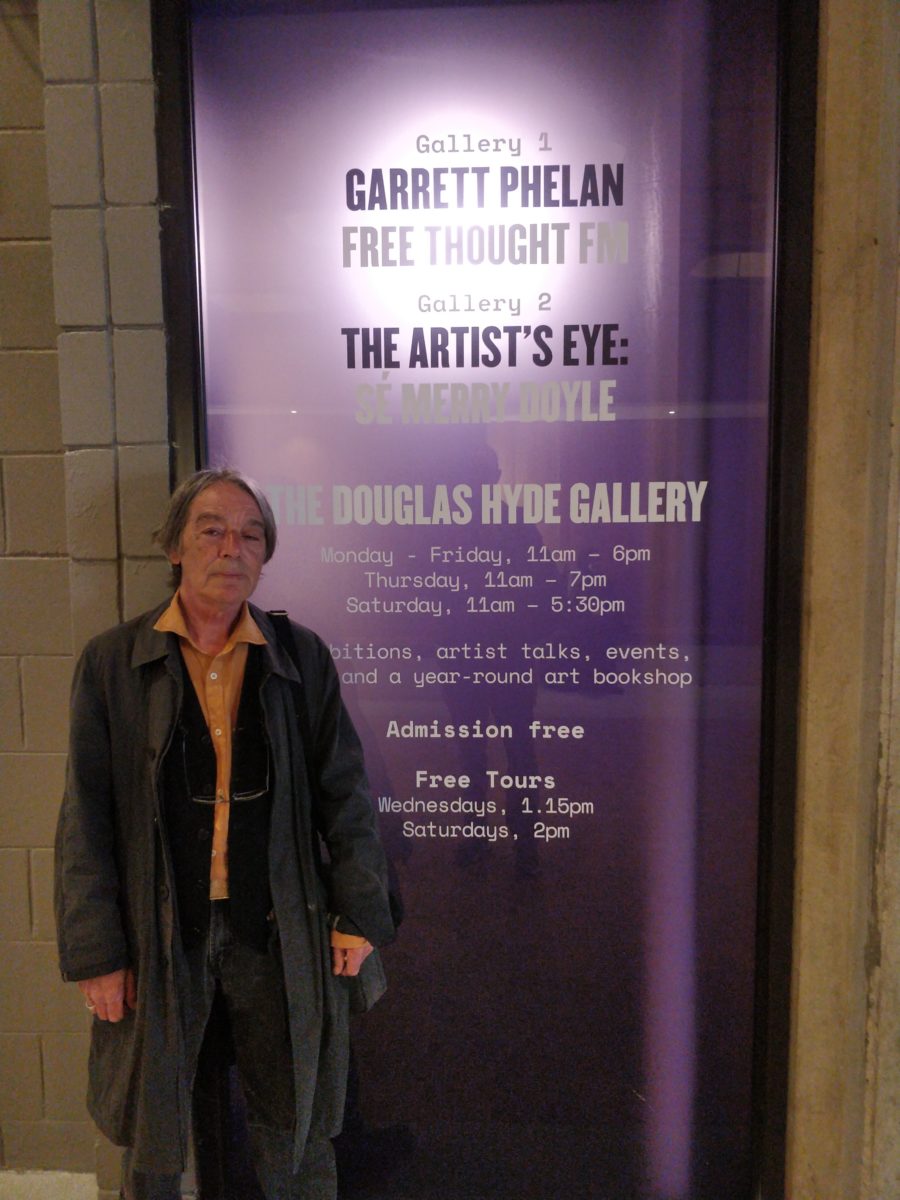 Fittingly, his work is now reaching a wider public through the availability of the Loopline Collection on the IFI’s player. More treasures await, for this is only Volume 1. Mainstream media have predictably drawn attention to unseen U2 footage from the early 1980s, but there is much more than that to enjoy in documentaries that are often hymns to the town he loves so well.

The seemingly indefatigable Sé has a number of projects on the go, having just returned from showing his films at Belgrade’s Irish Festival. We hear rumours of a forthcoming Brexit documentary, exploring comparisons between the ongoing British drama and the break-up of Yugoslavia in the early 1990s.

His most immediate concern, however, is to finish ‘Hannah and Me’, an account of the life of one of Ireland’s foremost suffragettes of the early twentieth century, Hannah Sheehy-Skeffington, seen through the eyes of her granddaughter, Micheline – a doughty fighter for gender equality and justice herself.

That documentary recreates Hannah’s campaigning journey around the United States in the wake of the summary execution, by a deranged British officer, of her pacifist husband Francis Sheehy-Skeffington, during the 1916 Easter Rising.

Given Sé’s outstanding record, and the importance of restoring these sadly overlooked characters to the narrative of the state’s independence movement, it is unthinkable that the minimal funding required should not be forthcoming.

Myles O’Reilly has single-handedly carved out his own genre of short Irish music films. He now collaborates with many of the big names in the music business, but still seems to find time for what must be labours of love.

His latest offering ‘Rhob Cunningham Verses the Alps’, follows the impish troubadour, and Cassandra Voices Musician of the Month for February, as he climbs, bare-foot, for seven hours, with a guitar strapped to his back! There awaits a cabin where he plays what must have been a delightful gig. Rhob’s alluring tones and playful guitar harmonises perfectly with Myles’s stirring shots of the Alpine landscape.

We like the pun on “Verses” in the title, recalling Bruce Chatwin’s account of the aboriginal population of Australia, who believe their ancestors sang the land into existence, writing: ‘In aboriginal belief, an unsung land is a dead land; since if the songs are forgotten, the land itself will die.’

Chatwin concludes that the Songlines are not necessarily an Australian phenomenon, but universal: ‘the means by which man marked out his territory, and so organized his social life.’ Or, as Rainer Maria Rilke put it: ‘Gesang ist Dasein’ – ‘song is existence’. Unfortunately Rhob was unavailable for comment as his voice is still recovering from the feat of singing the Alps into existence, but we expect to hear from him soon – or his lawyers anyway.

Meanwhile April’s Musician of the Month Bartholomew Ryan led his Visionary crew of Loafing Heroes, Giulia Gallina, Jaime McGill and Judith Retzlik, on another tour of Ireland and Portugal this month, following the release of ‘Meandertales’, their sixth album, which mixes distorted fairytales into their dream-folk brew. 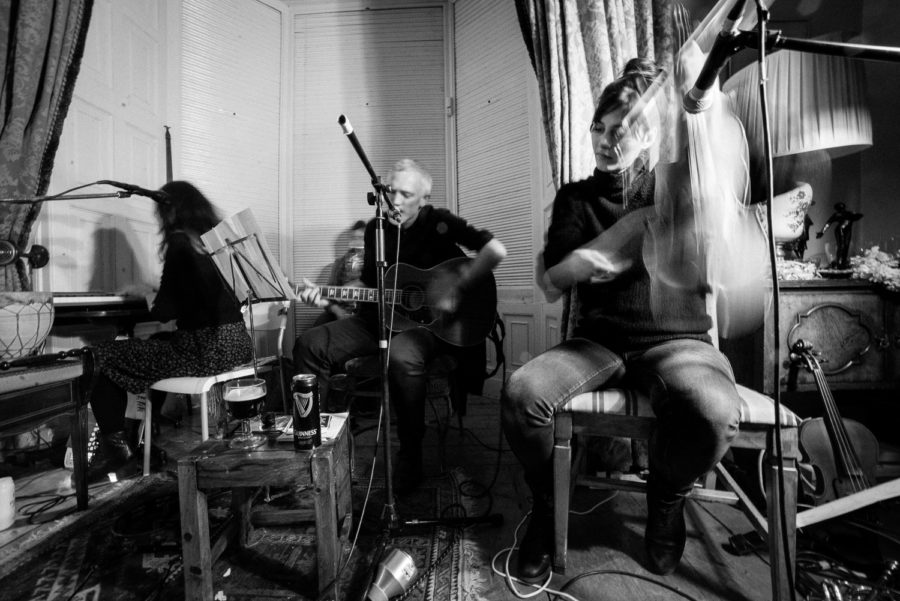 According to the press release: ‘The band’s vision of entanglement, transformation and subversive joy responds to the technological overload and ecological catastrophe of our troubled times.’ Just prior to the album launch, they put out an outstanding video for the track ‘stairs’, made by the Austrian filmmaker Otwin Bernat, featuring Portuguese, Irish and Brazilian locations. It is now in the running for a number of awards.

We travelled with The Loafing Heroes all the way to Waterville in Kerry, where they played a concert in Tech Amergin to rapturous acclaim, with not one, but two encores demanded. Sensing it might get ugly, they sensibly acceded to the rising clamour of the audience’s demands, to the bemusement of their impatient driver…

‘Forest’, Bartholomew’s spoken-word final song on ‘Meandertales’ is published as a poem in the current edition. He closes with the words:

Another among the new wave of young musical talent demanding our attention, Branwen Kavanagh, C.V.’s Artist of the Month for November, is launching her own new album, in the Unitarian Church with full band in Dublin on Sunday, May 12th. 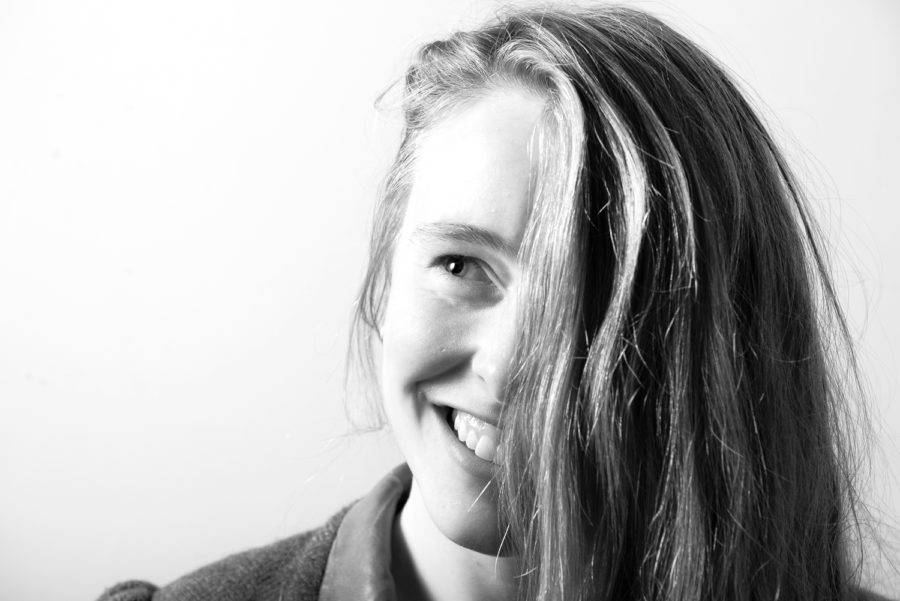 The aforementioned hard copy edition – our own labour of love – Cassandra Voices – Volume I, along with the work of photographer-in-chief, Daniele Idini, will be appearing in ‘Social Commons’, a multi-disciplinary exhibition exploring issues experienced by communities, both local and global. We are in the company of May’s Artist of the Month Jota Castro, Áine Ní Chíobháin, Francis Fay, Gillian O Shea, Kate O Shea, Dr Katherine Nolan, Eve Olney, Kathryn Maguire, Siobh McGrane, Sphere 17, A Homeless Hub in Ireland and Durty Words. The launch is happening on May 2nd at 6.30pm in Liberty Hall, Eden Quay, Dublin 1. Bring your dancing shoes!

Until next time, and do keep us posted on major happenings in Dublin and beyond: [email protected]