The bacterium streptomyces avermitilis was discovered by Satoshi Omura at the Kitasato Institute in Japan in conjunction with William C. Campbell at MSD (Merck, Sharpe and Dome) in the early 1970s. From this compound the medicine Ivermectin was developed. Ever since, it has proved a wonder drug for the treatment of parasites in humans and animals.

Most of these infections occur in Africa and Latin America, but it was nevertheless a lucrative drug for MSD. Nonetheless, in 1987 they provided the drug to the world free of charge as the Kitasato Institute gave up rights to any further royalties from its sale. This was an exceptionally generous gesture as it was a $1 billion per year product, and had been for several years. Its extensive and widespread use in humans has been described by Chris Whitty, Chief Scientific Advisor to the British government throughout the COVID-19 pandemic as ‘a drug with a good safety profile’, with a serious adverse drug reaction rate of 1/800,000’

Another paper says ‘Ivermectin was generally well tolerated with no indication of associated CNS (central nervous system) toxicity for doses up to 10 times the highest FDA approved dose of 200mcg/Kg’. In a nutshell, it is a safe drug, in use for a long time, and the nuances of clinical usage are therefore known to many physicians.

A recent paper from India using ivermectin as a preventative used 15mg on average, twice per month at a cost of $1.20 per month in healthcare workers resulted in a 72% reduction in infections. In a recent online enquiry to a wholesaler in India I was offered 100 x 3mg tablets for $12. Yet remarkably this same dose in Ireland would cost €100 per month.

As is well known by now, in early 2020 the WHO alerted the world to a pandemic virus that apparently emerged out of China, a virus for which there was no known treatment available and which was most dangerous in elderly patients with underlying conditions.

The illness presented with cold-like symptoms that after a period of between five and eight days could develop into severe respiratory symptoms, requiring hospitalisation and sadly in some cases leading to death.

Dr Billy Ralph asks for answers to questions around the origin of the pandemic, and bemoans the Irish medical community's failure to conduct reasonable debate.https://t.co/Gj0G97G63Q@BillyRalph @indepdubnrth @BowesChay @broadsheet_ie @vincentbrowne @MartinKulldorff

The Irish College of General Practitioners stated in their guidelines to general practitioners in April 2020: ‘Clinicians should be aware of the potential for some patients to rapidly deteriorate one week after illness onset’ (members access only: https://www.icgp.ie/speck/properties/asset-Interim Guidance for General Practitioners).

The same document lists those conditions and age groups in which this is a possibility. It goes on to state that ‘no medications have shown any therapeutic benefit on the progress of Covid-19 pneumonia.’

This advice has not been updated since April 2020. So ‘do nothing until the patient turns blue’ appears to be the invaluable advice from a national body sixteen months into this crisis. However, in the spring of 2020 if you were unfortunate enough to find yourself in a nursing home your blue pallor would not summon the arrival of a flashing blue light, but instead you would receive midazolam and morphine, both respiratory depressants, whilst you awaited the Grim Reaper.

GPs were discouraged from examining their patients. Even the use of the stethoscope was deemed unnecessary. Shades of blue were everything. The ‘do nothing’ approach is still supported in the guidelines issued by HIQA in February 2021, despite over forty studies demonstrating the efficacy of ivermectin in the intervening period.

HIQA currently advise that ‘individuals do not prescribe or use interventions for the treatment of COVID-19 that do not meet the necessary minimum criteria’, but don’t outline what these criteria are.

They go on to ensure that ‘practitioners are not criticised for not prescribing these interventions.’ This latter is a somewhat curious statement if a body is so confident that their evaluation of the evidence is above reproach.

Yet William C. Campbell co-discoverer of Ivermectin with Satoshi Omura – with whom he shared the Nobel prize – in a speech to the Royal Irish Academy in April 2020 stated: ‘there is the possibility that a safe dosage of Ivermectin might reduce the rate of viral replication in the mammalian body, or affect the virus in other ways that might be revealed by further research.’ 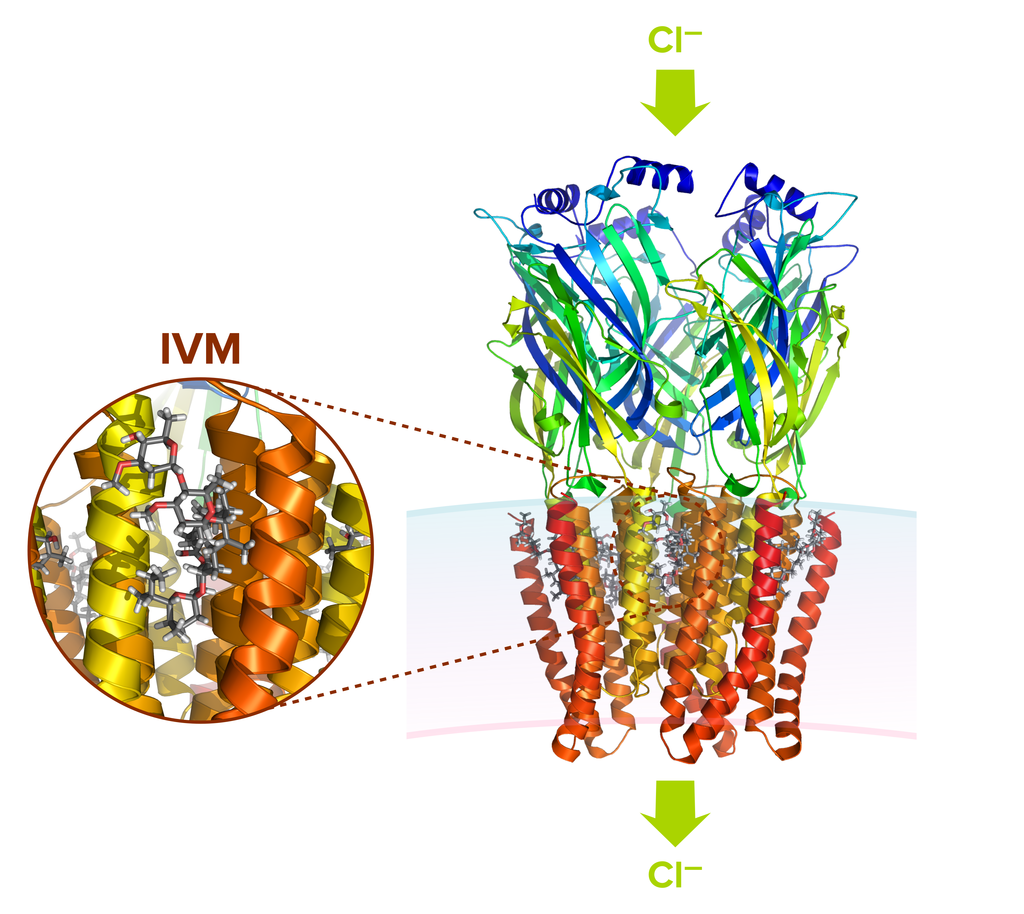 Fortunately for some Irish patients, a few brave GPs looked beyond this island for guidance. Asking doctors to do nothing, and specifically indicating certain actions that they should not take, is a restriction that disconcerts many experienced doctors, if not being a downright interference in the doctor-patient relationship.

As GPs in the community we deal with people who are part of a family within a social setting. We are therefore cognisant of many features of health – which outsiders might consider superfluous to the ‘science of medicine’.

Now I laugh each time someone juxtaposes those words, especially when I consider the absolute chaos that is general practice’s interaction with people. At the end of some consultations, I’m lucky to be able to spell my own name correctly, let alone apply the cold, steely, rational logic of science to solving any problems.

But no matter how chaotic or complex, or even futile, medical interventions may be, one must never vanquish a patient’s hope. Even when close to death, hope – if not for further life at least for a peaceful death – is something the GP can bring to the situation.

So who are these people in the ICGP or HIQA to say to GPs that there are no treatments available for their vulnerable patient who develops a SARS-CoV2 infection; to say ‘well let’s wait and see, and sure if you turn blue we’ll get an ambulance’?

We won’t visit or examine you, and you won’t be coming to our surgeries, but we’ll look after you by proxy. So why were we as doctors advised to do nothing? Not even to try a cheap, effective and safe drug, if only to elicit the placebo effect?

In India WHO’s chief scientist Dr Soumya Swaminathan is facing criminal proceedings brought by the Indian Bar Association for disseminating disinformation about ivermectin and its effectiveness as a preventative and early treatment for SARS-CoV2 infection.

Should those in HIQA who made recommendations to Irish doctors not face similar charges? Is this not a case of wilful blindness?

In the USA two distinct groups of doctors-intensive care physicians lead by Drs Pierre Kory and Paul E. Marik set up the FLCCCA (Front Line Covid Critical Care Alliance), and community-based physicians led by Professor Peter McCullough of Texas A+M University, in conjunction with AAPS (American Association of Physicians and Surgeons), devised protocols in their respective fields using Ivermectin and other medications, deemed ineffective by the WHO.

Their rationale was based on medical ethics and a professional desire to give their patients a fighting chance against this condition. They have faced vilification and attempted sanctions, as have doctors in Ireland who were simply trying to help their patients. And some patients even had the temerity to get better.

I’m not sure what irked the Medical Council of Ireland more, the survival of the patients despite being given a HIQA/WHO proscribed substance, or some previous impotence at not being able to impose their second hand thoughts on all members of the medical profession.

There is no money in helping patients as the current system is set up. One makes more money merely by ascertaining how ill someone is by using the phone. Even if these medications do nothing beyond the placebo effect why has there been a concerted effort to block the use of what has already been shown to be a relatively low risk intervention?

The most recent Systematic Review, Meta-analysis, and Trial Sequential Analysis to Inform Clinical Guidelines by Laurie, Bryant et al in the American Journal of Therapeutics found a 62% reduction in death in a meta-analysis of fifteen RCTs. It concludes:

Moderate-certainty evidence finds that large reductions in COVID-19 deaths are possible using ivermectin. Using ivermectin early in the clinical course may reduce numbers progressing to severe disease. The apparent safety and low cost suggest that ivermectin is likely to have a significant impact on the SARS-CoV-2 pandemic globally.

The WHO’s own assessment of seven trials showing an 81% risk reduction was diminished in significance because of ‘imprecisions’ resulting in the WHO falling short of recommending the use of ivermectin. Fudge, fudge and more fudge.

Let’s cut to the chase here with this and perhaps many other substances. There are powerful vested interests steering advisory bodies away from the evidence, buying up integrity and burying it in a deep dark place.

The current vaccines are deemed to be the only safe and reliable treatments. This is ironic given that these products are all still in phase 3 trials, and safety data will not be fully available until late 2022 at the earliest.

The fact is that emergency use authorisations (EUAs) issued by the FDA in America and the EMA in Europe are contingent on there being no other treatments available in a public health emergency deemed to be effective. This is about money, vast sums of money. It is about wilful blindness at the highest echelons of the WHO, national governments and so called scientific advisory bodies.

It is about conflicts of interest, and the damaging and intellectually limiting dependency that science has placed on large corporations, and it would seem that now governments are in the same stranglehold.

As it is often said, the first casualty of war is truth. Clearly this also applies to pandemics, where body counts mean money, power and influence. And as in war inflation of body counts has always been good for business. Death may evoke much front of camera hand wringing but behind the scenes there is even more palm rubbing and back slapping.