Winifred Barrington, only daughter of Sir Charles Barrington, led a charmed life – far removed from the political and economic struggles of the general population in the 1920s.

The Barrington family, who lived in what was then known as Glenstal Castle, were landed gentry and enjoyed the associated trappings. However, they were well respected as decent landlords, good employers and were not blind to the needs of the community.

For example, they founded Barrington’s Hospital in Limerick City – with the proviso that it be situated in the working area of the community.

The inscription on the foundation plaque reads: This hospital was founded and erected by Joseph Barrington and his sons, Matthew, Daniel, Croker and Samuel, for the relief of the poor of their native city A.D. 1829.

They funded many other community projects, Church of Ireland and Catholic, and in a noble gesture, supplied the site and the building stone for the erection of a new Catholic Church in the nearby village of Murroe.

Over lockdown Dara Waldron grew fascinated by the 1921 killing of Winnie Barrington. This chimed with Van Morrison's music and led to dreams of a journey North.https://t.co/4lzMnojmB3@vanmorrison @dineensparish @BowesChay @BenPantrey @corourke91 @danwadewriter @Nialler9

On a May afternoon in 1921, Winifred, or Winnie as she was known locally, saddled her favourite white pony and rode across the Limerick border to Newport in Co. Tipperary – accompanied, on bicycle, by Miss Coverdale – who was a house guest at Glenstal.

On arrival in Newport, Winnie and Miss Coverdale parked their respective modes of transport and climbed aboard a military vehicle for the final leg of their fishing trip to the Mulcair River at Cimalta House, near Killascully – a few miles from Newport. They were joined in the vehicle by Major Gabbett, who was a friend of the Barrington family, Lieutenant Trengrouse and District Inspector Harry Biggs. 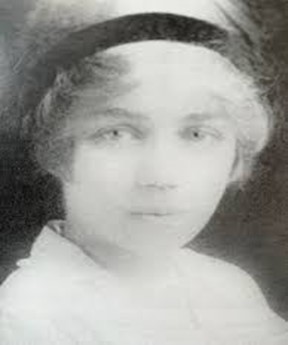 D.I. Biggs, who was stationed in Newport, was ruthless in the pursuit of his duties and employed some bizarre tactics in hunting down the Volunteers. On one occasion, after morning Mass in the village of Silvermines, he rounded up the congregation and insisted they sing ‘God Save the King’ while shots were fired over their heads. As a result of all this, he was a marked man and a prime target for the Volunteers.

Following the fishing, and after some tea and pleasantries, the party decided to make their way back to Newport. However, their journey came to a sudden and sad finale when their vehicle was ambushed at Coolboreen. When the dust settled and the firing ceased, D.I. Biggs lay dead on the road and Winnie Barrington, who had been a front seat passenger, lay fatally wounded in the ditch.

There were few tears shed for D.I. Biggs, but there was an enormous outpouring of grief for Winnie. Her warmth and friendliness had endeared her to the local community, and she was not averse to dancing at the crossroads in Abington.

Her body was laid out in the castle, surrounded by flowers of the fairest and she was buried in the Church of Ireland Cemetery, Abington on Wednesday, May 16, 1921. The inscription on her headstone reads:  “Here lies all that could die of Winifred Frances Barrington, loved and only daughter of Sir Charles Barrington.”

The tragedy cast an air of sadness over the village of Murroe. Every door remained closed with the blinds firmly shut. The bells of the Catholic Church tolled mournfully until the funeral procession passed out of sight.

My maternal grandmother would probably have tolled the bells for Winnie’s funeral as she was clerk of the Catholic Church in Murroe – a task that would later pass to my mother. My paternal grandfather and granduncles were members of the North Tipperary IRA unit. To date, I’ve been unable to ascertain if any of them were involved in the ambush.

The IRA Volunteers in North Tipperary regretted the tragic event, and the condolences of the ambush party were accepted, with quiet dignity, by Winnie’s parents.

After the truce, the parish priest of Murroe refused to re-inter the bodies of two volunteers who had been killed in action and had been interred elsewhere. On hearing of the impasse, Sir Charles Barrington offered his own grave for the burial, at which point, the priest relented, and the request was granted. When the graves were opened in the church grounds they were decorated with mosses and flowers provided by the gardeners of Glenstal – on the instructions of Sir Charles.

In 1925, he offered Glenstal Castle to the Irish Free State as an official residence for any future head of state. He was finally saying good-bye to Ireland and his splendid castle. The proposal was given serious consideration, but the Viceregal lodge at Phoenix Park was chosen instead. The Benedictine order of monks later acquired the castle – where it still remains in their good care and is now known as Glenstal Abbey.