Back to the Future in search of ‘Green’

Conversations, perceptions and priorities change over time. About a decade ago, most energy and ‘green’ talks highlighted examples such as Brooklyn Bridge Park, once the greenest destination in New York city; Solar Power Towers in California; planning for the renewable energy ‘supergrid’ in Europe; the U.S. Navy’s plans for a Green Fleet; or Los Angeles’s centrally planned mechanism for ending the use of coal by 2020.

Moreover, where previously to be ‘green’ was associated with activism, now it’s considered more in terms of economy, business and investment.

This explains in large part the recent emergence of triple-helix connection between research, industry and government, and a green emphasis found in university curricula and other educational institutions. This draws on global evidence of the effectiveness of renewables in transforming rural livelihoods, the nature of community development, and addressing the energy-poverty nexus.

We are now witnessing a steady increase in the proportion of renewable energy sources; this is a gradual transition from mere ‘additives’ to ‘alternatives’ within the total energy mix in rural areas of developing nations.

About two-thirds of the world’s poorest people live in rural areas. Among the numerous factors that lead to the eradication of rural poverty are increased access to goods, services and information, requiring increased participation from institutions at all levels.

The alleviation of poverty is hindered by two inter-linked phenomena: a lack of access to improved energy services and worsening environmental shocks due to climate change – which severely affects the vulnerable, poor, most of whom live in rural areas. Mitigating climate change, increasing energy access, and alleviating rural poverty are thoroughly entwined; this overlap leads to an energy-poverty-climate nexus.

Improved access to energy services alone will not eradicate poverty, but it does create immediate and visible impacts. Up to 1.5 billion people still live without access to electricity, another billion only have access to unreliable electricity, and close to half of the global population depends on traditional biomass fuels for cooking and heating. Energy-poverty results in unmet basic needs and depressed economic and educational opportunities that particularly affect women, children, and minorities.

Electricity catalyses rural economic activity and increases the quality of services available to meet basic business and domestic needs through improved lighting, labour-saving devices, and access to information via TV, radio and cell phones. The provision of high-quality public lighting can increase security and improve delivery of health and education services. Improving the delivery of affordable, reliable energy services to rural communities is critical for helping them develop human and economic capacity to adapt in the face of a changing climate.

The largest wind farm of India in Muppandal, Tamil Nadu

The umbrella term ‘sustainable development’, can be viewed as a water tank having two-leaks, one leak being ‘poverty’ and the other ‘environmental degradation’. Both these challenges, i.e. the leaks, need to be dealt with simultaneously. In modern times, no country has managed to substantially reduce poverty without greatly increasing the use of energy, or utilising efficient forms of energy and/or energy services. Without ensuring minimum access to energy services for a significant proportion of the population, countries have been unable to move beyond a subsistence economy.

However, merely introducing cheap, easily available ‘green’ energy is insufficient. Its utility lies in facilitating human development. The energy sector has strong links with poverty reduction through health, education, gender, and the environment.

One of the most important factors in sustainable development is a fully sustainable supply of energy resources. About one-third of the world burns wood and other biomass for cooking, heating and lighting, accounting for more than 13% of global energy consumption. In rural areas conventional cooking fuels, burned in traditional cooking stoves, emit toxic emissions resulting in more than 1.8 million premature deaths per year, according to WHO estimates, with children younger than five accounting for half of all fatalities. 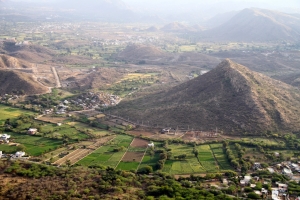 Sustainable Energy Development Strategies typically involve three major technological changes: energy savings on the demand side; efficiency improvements in the energy production; and replacement of fossil fuels with various sources of renewable energy. This is important because, energy savings and energy efficiency are critical components for achieving sustainable development, as suggested by several researchers. In addition, however, efficient renewable energy technology management is also required.

While energy saving and energy efficiency are two issues that public policymakers consider when formulating a strategy to maximise available energy potential, management of renewable energy technologies involves a wider variety of private and public actors along with the participation of users at the grassroots level.

India, in particular, has seen how the public-private-people partnership mechanism works for renewable energy technology applications in rural areas. The public and private sector work together to bring solar energy technologies to rural users, working closely with NGOs, VOs, suppliers, universities and think-tanks to create a win-win for all stakeholders involved.

Additionally, evidence show how renewable energy-based entrepreneurship has transformed rural lives and rural development management. The use of solar lantern, lamps, irrigation pumps, home lighting systems, amongst other innovations, have proved useful for businesses and families in many rural areas. This not only raises income levels, but also brings the community closer together, thereby generating social capital through increased connectivity and collaboration. 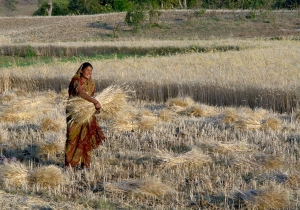 From alternative job creation in rural households to electrification of schools for children’s education, along with uses in the health service and maintaining biodiversity, renewable energy promises a wide range of development options to rural areas. In rural India, RETs provide lighting to thousands of remote villages that cannot access electricity through grid extension. This provides clean energy to rural households in the so-called electrified villages. It can also supplement electricity in households with poor electricity supply (ranging between 5 to 8 hours per day) through grid tail-end injection systems (which have increased costs and are difficult to adopt in households without an initial induction). 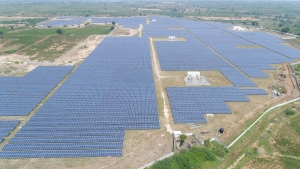 The South Asian experience with Renewable Energy Technologies (RETs) and its dissemination to low income, rural households, along with developing solar energy-based entrepreneurial opportunities, have been highly successful. Initially, it was a success story from Bangladesh, which claimed the title of ‘solar nation’ due to its proactive rural development plans, tied to alternative energy use. This in turn inspired neighbouring countries.

However, research shows that India started its work with RETs well before most other nations (East or East), led in particular by organisations that have built or supported solar energy entrepreneurs, which have been instrumental in transforming rural livelihoods and wellbeing, using solar energy technologies.

The penetration of RETs in the form of Solar Home Systems (SHS) in rural households and the use of that technology for creating micro enterprises has been widely cited as a successful case of solar RE contributing to rural development. Households who received the SHS used the technology to start micro-enterprises from home by making and selling different home-made handicraft goods e.g. jute and silk products.

These micro-enterprises, particularly those run and managed by women, also hired and actively engaged workers from the local community.

In addition to SHS, there are entrepreneurs who have started energy-based businesses in rural areas using solar lanterns, solar mobile charging stations, solar headlamps, amongst many other forms of solar technologies. Rural women are often the ones leading the way in assembling solar accessories in village-based technology centres. Solar engineers are increasingly employed in designing SHS, working in battery factories, and other accessory-related businesses. 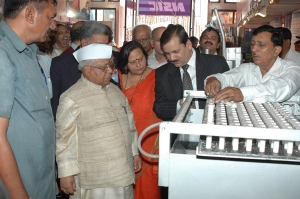 Who is a Solar Energy Entrepreneur?

In this context, a ‘Solar Entrepreneur is someone who would do one or a combination of the following – buy, rent, borrow, sell, maintain, service, manufacture or install – any or a mix of solar energy technologies for setting up an income-generating energy-based enterprise/s.’

Research shows that solar energy entrepreneurs typically develop community-based initiatives, and are drawn from both sexes, work with various institutions and different partnership arrangements. For example, prior to the introduction of new technology in a rural area, an NGO or VO (informal institutions) works on sensitising the region before any change takes place.

This would ordinarily involve trainers and educators coming from universities, thinktanks, governments and also informal institutions. This is also a stage where potential entrepreneurs are identified and supporting mechanisms are discussed. The technology would be provided by a thinktank or a corporate body and, in some cases, indigenous renewable energy-based enterprises who work closely with local SME-ranged suppliers.

The finance required to secure a solar energy technology can come from entrepreneurs’ personal savings or family/community borrowing. Increasingly, there are also options available from cooperatives, regional rural banks and microfinance bodies.

The building of solar energy entrepreneurship is generally activised by a host of actors (both public and private) at the initial stage until it catches on in rural areas. As it grows through community adoption, many more individuals and groups tend join in to expand the scale and operational effectiveness of solar energy technologies. Community involvement in projects where local-level entrepreneurship is generated is not optional anymore, similarly, the importance of locally sourced enterprises cannot be stressed sufficiently at a time when indigenous products need to gain more markets, locally and nationally. While cheaper ‘made in China’ products can be more accessible, this won’t help local suppliers and nested institutions that are committed and engaged in supporting indigenous solar energy businesses.

Dr. Boidurjo Rick Mukhopadhyay, DSc, graduated Summa Cum Laude with a BA (Hons) in Economics following which he received a MA from the Institute of Development Studies (UK) and a PhD from the University of Sussex (UK). Rick is an International Development and Management Economist working extensively with the Government Ministries, higher education industry, and think tanks across the UK, EU and China. He is currently researching, consulting and advising in the areas of Development and Environment Economics, Gig economy/ Collaborative Consumption, the Future of Work, Social Innovation and Entrepreneurship. Rick currently sits on editorial and reviewer boards of over a dozen top international peer-reviewed journals and also serves as non-executive director for various nonprofits and charities. Besides publishing his research and speaking internationally, Rick also has experience in leadership development workshops, leading international summers schools (at Sussex, LSE, and several other Universities in the EU), quality assurance visits, accreditations (EQUIS, AMBA), blended-learning (with Pearson), and motivational training. He is currently a Senior Lecturer at WIUT.