Even after six days listening to the outpourings of grief, shock, and rage, about the kidnap and horrific murder of Sarah Everard in London; of how her life was scrubbed out, a beautiful young woman reduced to ‘human remains’ in a builder’s bag identifiable only by her dental records; even after story upon story hit the media of how women are attacked, abused, raped and battered, in every country, every week, every day; the words of Mairin de Burca, founder and creator of the Irish Women’s Liberation Movement in 1970’s Dublin, stopped me in my tracks:

‘Sarah Everard wasn’t wiped off the face of the earth because someone wanted her jewellery, her mobile phone, the keys to a car or home. She was murdered because she was a woman and a man got pleasure from killing her.’
Mairin de Burca

The words were a gut punch. They also felt (horribly) true.

Since forever in our Western culture women have been attacked but murders such as Sarah Everard’s surely mark new levels of depravity.

Where is this depravity coming from? What is driving it?

Let’s take pornography. Instead of being closed down long ago for systematic civil rights abuses, called out for abusing children, trafficking women, cheer-leading sexual brutality against women 24/7, it is protected. It’s legal. It is also a massive money spinner. 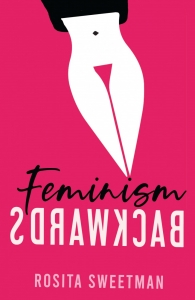 As Dr Fiona Vera-Gray of Durham University wrote in The Guardian last week, ‘This is not a problem of niche sites or the dark web, something only found by “bad men” actively searching for this content. This is mainstream pornography on mainstream sites with the mainstream message that sexual violence is sexy.’ With porn’s ever growing audience the brutality has to be endlessly upped.

As Gail Dines writes in her book The Pornification of Culture, porn’s favourite gags – the objectification of women, the sexualisation of women as girls, of girls themselves, the younger the better, has leaked into films, advertising shoots, video games, glossy fashion and fashion mags. As actress Kathy Burke’s character remarks acidly on Fashion’s love affair with ‘pre-nubiles’  in ‘Absolutely Fabulous’, ‘They’ll be chucking foetuses down the catwalk next.’

Try flipping the picture and imagine an industry, estimated to be worth $97 billion, where adult women kidnap and traffic young boys, young men, even children, many of them damaged, survivors of incest or child abuse. The women then film the guys day after day being violently sexually assaulted by other adult women, whipped, beaten, gagged, penetrated with everything the ladies can lay their hands on, physically wrecking the guys physically and psychologically, all for the pleasure and gratification of other women worldwide and making the women at the top of this ‘business’ obscenely rich.

Not so nice, huh? 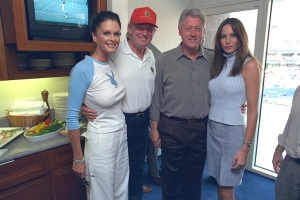 In a week where in London a Metropolitan policeman savagely murdered a young woman walking home through lit streets, almost certainly tricking her into getting into his car by using his police ID, where another policeman guarding the site where her poor body was found sent obscene images ‘as a joke’ around his police mates, where another London policeman was released (today) without sentence after brutally attacking a woman, wrestling her to the ground in a headlock while screaming she was ‘a fucking slut’, where yet another policeman who had viciously killed the Mum of two he was having an affair with had his ‘manslaughter’ sentence reviewed because of the levels of injury to her, where a whole bunch of policemen brutalised women attending a peaceful vigil for the woman one of their mates had slaughtered, and that on the way home from that vigil yet another woman who ran to a policeman for help as a man exposed himself to her, was told to get lost, he wouldn’t deal with people attending the vigil, where in America this week six Asian women were shot down in two separate spas and the US sherrif said the shooter was ‘having a bad day.’ That he had a sex addiction and was ‘removing temptation’.

He was not fired

There is currently an immense crisis of confidence in the police

And THIS is how they react to tonight’s peaceful eventpic.twitter.com/OIFdEf5f8u

I mean come on.

Even as we become more ‘civilised’, more caring, more vegan, women are to accept porn’s violence against women, its endless, ferocious violation, without question, while the Justice System and the police stand by?

With Sarah Everard’s terrible death at the hands of a policeman, who had, incidentally, four days previously exposed himself in a fast food restaurant, and shockingly was not demobbed, his badge, gun and car immediately removed, thereby saving Sarah Everard’s life, but was allowed to carry on, women’s anger has reached boiling point.

This is women’s George Floyd moment. See what they are doing to us? Enough. Enough.

In the name of us all, shut it down.