A few months after the destruction of the World Trade Centre in New York on September 11th, 2001, Frank Armstrong wrote this article, which was originally published (translated into Spanish) in La Vanguardia. He recalls how his sister had visited the building only the day before the attack, and goes on to observe that – beyond the immediate tragedy of approximately three thousand lost lives – it signalled that history was not at an end as had been predicted at the end of the Cold War.

It is exceptional that a news story produces shock waves across the world. An event like the death of Princess Diana dominated the media, at least in the United Kingdom but was somehow parochial, pop cultural, and at times comical. Even those who lit their ‘candle in the wind’ must have realised that Diana’s death did not have the potential to alter the course of human history.

Similarly, it is possible to read about two-and-a-half million deaths in the Congolese Civil War, or about the threat of global warming, and find these happenings uninvolving. Undoubtedly, the loss of life in Africa is awful, but it is all happening so far away; unrecorded and unconnected to the wider world. Likewise, one can worry about global warming and its attendant threats, but it recalls the concerns of the character Vitalstatistix from Asterix, who feared that tomorrow the sky would fall on his head – but tomorrow never arrives. So we carry on, taking flights, driving cars, heating houses. What can we do? The luxuries have become necessities.

When September 11th occurred it felt like it could bring about the end of the world as we knew it. The attack on the epicentre of capitalism revealed the fragility of the global economy. Those of us who had consistently criticised the ‘World Order’, who bemoaned the crass commercialisation of our age; the McDonaldisation of culture; the instillation of MTV values, suddenly realised that we too had been become dependent on the fruits of commercial progress.

How would it be possible to live without flying away to other countries, without the opium of televised football and the succour of culinary variety? Even worse, one had to contemplate the terrifying spectre of war, the poison of chemical and biological weapons and the Armageddon of nuclear catastrophe.

The television images that came before us were horrifyingly hypnotic, perversely satisfying. Across the world people were transfixed. Most had a clip that stood out. My own personal one was the sight of an aeroplane disappearing altogether into the vastness of the tower, like sperm implanting an egg.

The events became a movie blockbuster played out across the news media: each one of us was a character in the movie, caught inside the buildings, jumping out the windows, powerless, vulnerable.

Many people have their own personal involvement with what happened. My sister was in New York at the time. On September 10th, less than twenty-four hours before the first plane hit its target, she visited the World Trade Centre, took a lift to the top and appreciated the view like so many other tourists had done before her, but will never do again. At the bottom of the tower, she purchased her brother a t-shirt in The Gap. Now that t-shirt is mine, my own little part of history, like a fragment of Berlin Wall.

How times have changed since September 11th is a question that will fill vast quantities of newsprint over the course of the forthcoming week. In reality little has changed, there are still two worlds, the North and the South, one aspiring to be the other. Beyond the three thousand innocent people killed and their families, it has only really affected a change in perception. A realisation that history is not at an end, that the steady march to prosperity could be de-railed.

A moment of high drama captivated a planet. Two of the great phallic symbols of capitalism rendered impotent. It seemed to be inaugurating an era of uncertainty, but instead we went back to work, to watching football, to eating Indian food, and to taking trips to far off places, but it did shake us, and forced conclusions to be drawn. 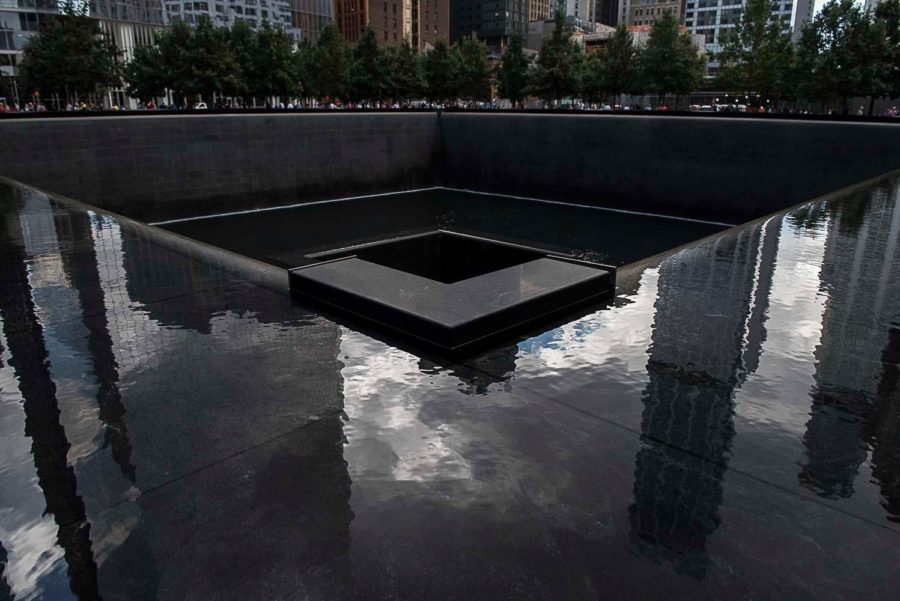 In exchange for the pleasures that we derive from the liberal economy so we must accept the dominance of the US Superpower. The torture of prisoners in Guantanamo Bay or the deaths of Afghani civilians may trouble us but we learn to forget very quickly as such occurrences do not imperil our existence. In all likelihood we won’t do anything beyond mutter disapproval if the US affect regime change in Iraq. The US government is the guardian of the wealth and material comfort to which we have become accustomed, and most of us, including myself, are, in the final analysis, unwilling to countenance the alternative. That is what was scary about September 11.

If you enjoyed this article you might consider purchasing our new hard copy Cassandra Voices II. CLICK HERE

Become a part of the Cassandra Voices community through a monthly donation on Patreon CLICK HERE.