Five predictions for 2020: The Trump Card, an analysis of the Reuters Institute Digital News Report 2019, CES 2020, implications of 5G rollout and a Republican climate change pivot.

For all the talk of a fading U.S. Superpower since President Trump came to office, there is one statistic firmly in his favor. The U.S. remains the world’s most powerful global economy in absolute terms, and home to the largest stock market.

In truth, economic indicators have rarely looked better. Corporate taxes have been cut and red tape slashed. As a result, the stock market has surged to an all-time high[i] and unemployment is hovering at levels last seen in 1969.[ii] Sure there is still serious inequality, and poverty, but at least there are employment opportunities for those willing to work.

The big question for 2020, then, is whether the bull market continues. As ever, we’re feeling Bullish, but not as much about the political ramifications.

Whatever the latest polls are saying in the wake of the Impeachment, when the economy is in this state, it’s hard to see an incumbent President losing an election.

Over the course of 2020 we anticipate billions of dollars being spent on influencing the American electorate which way to vote. All of this will be keenly watched by a global audience, who are aware that where the U.S. travels, others follow.

The outcome has a sense of inevitability, hinging as it does on the health of the stock market. As Bill Clinton, another President who faced Impeachment, famously said: ‘it’s the economy, stupid!’, and this still holds true. Barring a dramatic stock market crash, or a natural disaster, Trump is going to be re-elected.

In the event of the stock market crashing, Bull Moose predicts Trump will wrap himself tightly in the star-spangled banner, much in the way his one-time mentor Roy Cohn did whenever he faced trouble.

The big question is whether appealing to patriotism will be enough to save him. After all, this approach can be replicated by the Democratic opposition, even if Republicans have owned the story in recent times.

Enter another iron law of U.S. politics: whenever the nation is involved in a military conflict, Presidents don’t lose elections. 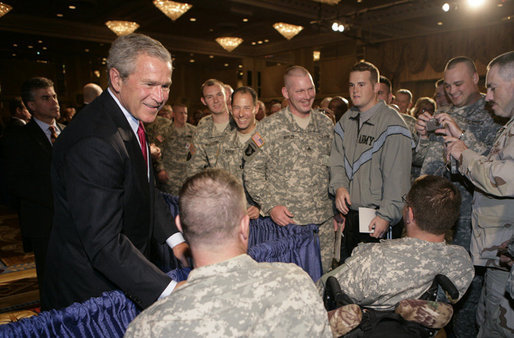 ‘whenever the nation is involved in a military conflict, Presidents don’t lose elections.

Much in the same way as other ‘strongman’ leaders have done – Tayyip Erdogan, Vladimir Putin and Kim-Jong Un spring to mind – Trump is likely to develop a rallying cry, awakening fears of an external threat beyond anything the Democrats are serving up to him – just like the Bush administration used the War on Terror to galvanise its base.

He’s sure to deploy the usual rhetoric about the dangers of socialism and the ‘woke’ left, epitomized by ‘The Squad’, a group of four Congresswomen (Alexandria Ocasio-Cortez of New York, Ilhan Omar of Minnesota, Ayanna Pressley of Massachusetts, and Rashida Tlaib of Michigan), all from so-called ‘minority’ backgrounds. But against a more centrist Democrat candidate, such as Joe Biden, this might not prove to be enough. Trump needs a scarier prospect, an enemy to make mainstream Democrats quake. 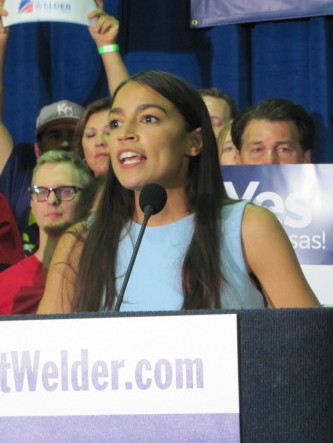 The drone-strike assassination of Qassem Soleimani on January 3rd was aimed at a domestic audience as much the Iranian regime. Much remains to be said, but henceforth every decision taken by this President should be viewed in the context of a single-minded preoccupation: to win re-election for another term.

Hot off the press, The Reuters Institute Digital News Report[iii] makes for interesting reading about the state of news journalism in the world. Perhaps the most important takeaway is this:

There is no sign that the majority of people are about to pay for online news, although many recognise that information on the internet is often overwhelming and confusing. Younger audiences in particular don’t want to give up instant, frictionless (and ideally free) access to a range of diverse voices and opinions. They don’t want to go back to how the media used to be.

The global media landscape has changed forever. There is no going back.

Specific to the United States, the report reflects our view that ‘audiences remain deeply polarised, much more so than most other countries.’ This reflects what we said back in July: ‘Among the least discussed, but perhaps most important influence of the Digital Age is our tendency to live in bubbles. We no longer have to be rich to live in the equivalent of gated communities.’ A near total absence of communication between the two sides is a clear and present danger to democracy itself.

It should also be noted that many media organisations are still struggling hugely in the digital era, despite the rosy economic picture overall. Nonetheless, a few leading companies continue to do well, in effect consolidating their market dominance – think Washington Post, New York Times & Fox News.

The report points to jobs cuts affecting a variety of lesser publications, from the venerable Cleveland Plain-Dealer to digital-platform First Look Media. Notably, in January 2019, BuzzFeed laid off 15% of its worldwide workforce (a total of 220 positions). That very week Verizon Media Group, which owns HuffPost, announced a 7% reduction across its media properties, totalling about 800 positions. Gannett, the leading U.S. news publisher, also announced layoffs at local newspapers across the country.

The Report says this is ‘stoking continued concerns about the future of local news,’ although perhaps more reassuringly viewership on local television news has remained steady.

Podcasts are bucking the downward trend, however, with the U.S. leading the world in listenership, including daily news-focused offerings. The New York Times’ ‘The Daily’ began broadcasting in 2017 and now averages 1.75 million daily downloads. It is joined by the Washington Post’s ‘Post Reports’, Vox’s ‘Today Explained’, Slate’s ‘What Next’, ABC News’ ‘Start Here’, among others. Another notable development is VICE News partnering with Spotify to produce the bilingual podcast series ‘Chapo.’

While these may seem like the usual suspects, a host of small players are also succeeding in this space. This trend is likely to continue in 2020, increasing the depth and breadth of coverage around the world and inviting people to step outside their news media bubbles. This bodes well for micro-operators, such as the Joe Rogan podcast and our own Cassandra Voices, that offer fresh angles.

January is the time of year that for the great and the good to gather in Vegas for CES 2020 and discover the latest news and hands-on reviews from the world’s biggest tech show.[iv]  Well over 200,000 people attended this year’s event, providing a useful bellwether on where the digital economy is headed in the years to come.

Amid heightened concerns about infringements on personal data, the headline panel featured representatives from Google, Amazon, Facebook and Apple, to discuss privacy.

Alarm bells should be ringing that measures are being taken by the conglomerates themselves, rather than restraints being imposed on them by democratically elected representatives. While most Americans are interested in protecting their privacy, an unspoken consensus seems to have developed, where convenience is the trade-off for the loss of personal data. The question is how long the truce will last, before consumers start to object to being told what they desire.

Bull Moose had some cause for concern himself over the holidays after being surprised to receive a data usage warning from his latest model Galaxy smartphone – unusually all 64GB of storage had been used up. On top of all that, the photo and video file cache was empty.

Facing a choice between asking his young nephew to figure out how to delete the files, Bull Moose plugged the phone into his computer to explore what was happening. Lo and behold, he came across a cache of external sites that had been collecting data on the phone’s activities – involving all manner of companies and apps.

Collectively, these were using 32GB of storage, and after deleting these nothing was lost in terms of functionality. Presumably this data was there for companies to access relevant information at their time of choosing.

Let’s be clear, the primary reason data is collected is to allow companies to profile you in order to sell you goods and services, which they believe you will want.

On the surface, a limited amount of this is ok –  advertising is often a bit of a shot in the dark after all – and people are ultimately free to make up their own minds. It’s just about fine provided there is government oversight to prevent identity theft or malicious use of data. The problem is there isn’t any.

It’s only really the relatively toothless and tedious GDPR, enacted by the E.U. in 2018, and California’s new Consumer Privacy Act[v] that are attempting to curb the data free-for-all.

The Rise of 5G

Enter 5G technology, which is likely to alter the way our societies interact with technology. 5G-enabled technologies and networks are characterized by delivery of ultra-high-speed bandwidth, ultra-low latency, and ultra-high reliability of service. It is believed this will lead to connection speeds up to one hundred times faster than we are used to. But it will also generate greater possibilities for tracking and data collection.

CES 2020, then, will be an opportunity for tech makers to demonstrate that 5G will be an actual thing this year, and they’re not going to hold back. Some of these announcements will be around specific devices, like Dell’s 5G-ready Latitude laptop. Others will be around chipsets: MediaTek, for example, plans to roll out a premium 5G chipset for phones at CES, and Qualcomm will likely expound upon the announcements it made at its annual Hawaii summit back in December. Most importantly, expect infrastructure updates, as the US carriers continue to expand their 5G networks and show off how the fifth-generation of wireless will transform healthcare, “smart” cities, and autonomous vehicles.[vi]

While most consumers view 5G much like the arrival of 3G or 4G, i.e. as just another smartphone upgrade, in fact it will have a transformative impact on the technology we use ever more in our daily lives.

Besides privacy questions and public health issues (5G requires a great number and more integrated cell-phone towers), there are also concern around China’s, and specifically Huawei’s, lead in this new technology. As Linsday Gorman in the Atlantic puts it:

Policymakers on both sides of the Atlantic, from European economics ministers to President Donald Trump, have viewed the 5G dispute first as a trade issue … the West has ample reason for caution about Chinese 5G suppliers. For one, the recent Chinese National Intelligence Law requires these companies to comply with Communist Party demands to turn over data or otherwise engage in snooping or network-disruption activities.

… recent revelations about how China’s ruling party exploits the full panoply of personal information it has amassed about its citizens—facial-recognition images, mandatory DNA samples, 24-hour GPS coordinates, and search-history and online-activity tracking, as well as plain old eavesdropping—to quash religious freedom and basic rights should give major pause to Western governments and wireless carriers alike.[vii]

Taken together – trade, security, changing interaction with technology, tracking and personal health –  the issues that came to the fore around 5G in 2019 seem likely to gain traction.

Featured Image:  Tampa, Florida, USA 24th Oct, 2016 Republican presidential nominee Donald Trump hugs an American flag as he takes the stage to speak at a campaign rally at the MidFlorida Credit Union Amphitheatre in Tampa, Florida, the third of five cities Trump is visiting during a two-day campaign swing through Florida. (Paul Hennessy/Alamy)

If you appreciated this argument please do us a favour and share it. Also, feel free to drop us a line with your thoughts on what you think are the big issues that will affect the U.S. in 2020 to [email protected].