I have just returned from Hebron in the West Bank, a city where nearly sixty Palestinians have been extra-judicially executed by Israeli forces since the end of September 2015.

On my last stint in Hebron, West Bank, while doing check point duty one morning one of my team mates overheard two very small children chatting:

One said: ‘Will we throw some stones?’ To which the other child replied: ‘No, it’s the first day back at school.’

That is how normal the fight for freedom from military occupation has become for Palestinian children, even if they are under age ten. 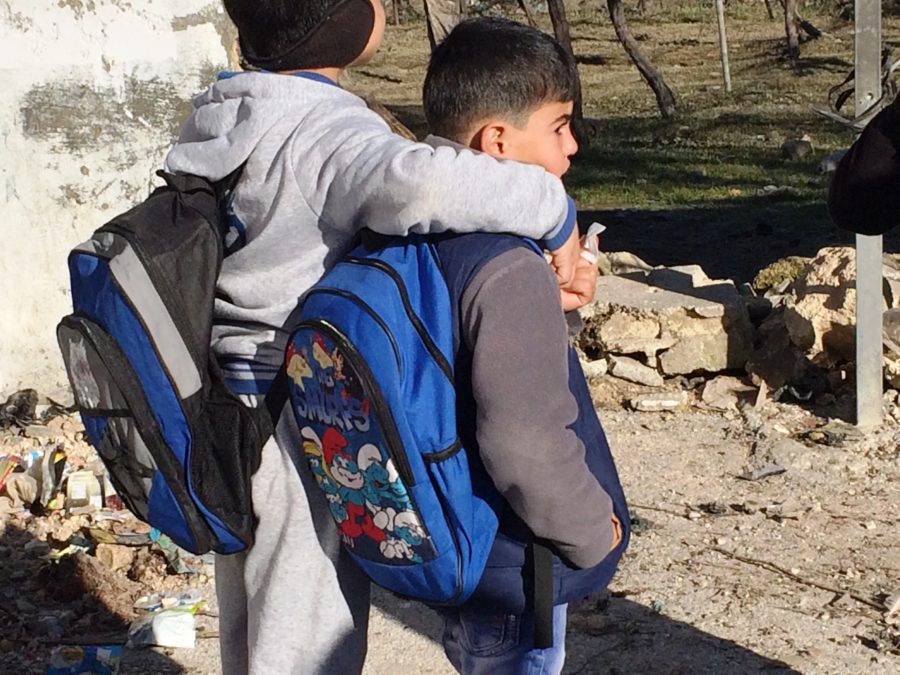 We saw four small children, aged about ten, throwing stones at Qitoun checkpoint at 7.15 am, like 4 mice attacking an elephant. The response from the Israeli soldiers was to put on their gas masks, adjust their weapons and attack the children with sound bombs and canisters of tear gas.

This new tear gas used by the Israeli forces pierces your eyes so badly you cannot open them. It scrapes across your throat so that you cough and cough. And all of this ensures that you cannot run away from it because you cannot see where you are going, and, even if you could see, you cannot breathe to move. Ten tear gas canisters landed in playgrounds of schools that morning. A little boy aged about four, with a Smurfs school bag on his back, and protected by his seven-year-old brother coughed and choked considerably longer than the other children. He was innocent, and the victim of the collective punishment that is systematically meted out to Palestinians by the Israeli state.

That evening I arrived in Jaffa, Tel Aviv for a few days break, still coughing badly from the tear gas, and an Israeli man in a shop tells me that Israelis have had ‘enough’!

And I’m thinking – you have no idea what ‘enough’ really means.

‘Enough’ is when you lock up seven hundred Palestinian children a year, from aged twelve to eighteen; when you arbitrarily arrest many of them at night from their beds.

I have seen many children detained and arrested. The strongest memory I have is of one little boy, who looked about eleven, being detained. His little dark eyes locked hard on to my eyes. We looked at each other for a long time, he fearfully, pleading with hope in his eyes, and me with desperation and helplessness.

‘Enough’ is when you handcuff and blindfold children and abuse them while they lie on the floor of the military jeep, while you take them to prison. ‘Enough’ is when you ensure they will not see their parents until the day of military court, which can be four to eight days later.

‘Enough’ is when you beat them and put them in solitary confinement, you threaten that their family members will be arrested or that their home will be demolished or that you will sexually abuse them, if they do not confess. You force them to sign a confession in Hebrew, a language they do not understand, and this forms the basis on which the majority of Palestinian children are convicted in children’s court

‘Enough’ is when you ensure those children from twelve-years-of-age will not see a lawyer until a few minutes before their court case. You accuse the majority of throwing stones and you convict them in over 99% of cases with only 0.02% having a full evidentiary trial.

‘Enough’ is when you see that these children are brought into the military court in lines of four with chains on their feet joining them together.  I have heard the sounds of those chains clanking – twelve-year-olds with legs inn shackles in case they might escape from the fourth largest army in the world.

The little child’s sad eyes pierce through the distraught eyes of their parents who have to sit in the back row of the military court, and who are not allowed to touch or hug their little ones. The public conversation that usually takes place between child and parent consists of: ‘Are you ok? Have you enough to eat?’; while he responds: ‘Are you all ok at home? What did the soldiers do after I left?’’

And then the case is over in two minutes – cut and paste – same as all the other cases. Then the children are taken back to jail with their leg shackles clanking.

‘Enough’ is when you see from your child’s eyes that he has now completely lost his childhood.

And none of this happens with Israeli settler children who are living in illegal settlements in the centre of Hebron.

And you expect you will beat Palestinians into submission? Have you no idea that you are creating a university of learners who will react?

This is life under Israeli military occupation in Hebron, West Bank. Enough.

Despite the fact that it was passed by a 75 to 45 vote majority, and that all opposition parties voted for it in the Dail and in the Seanad, Fine Gael voted against this Bill and it is understood they will use the ‘Money Message’ procedure to block it.

This is a little used procedure that Fine Gael have employed to block a number of Private Member’s Bills in the last months. This is undemocratic and a blatant political action to support Israel in its breach of International Law.  This move is in line with the non-recognition of the State of Palestine by Official Ireland, even though the elected members of the Dail and the Seanad voted unanimously to recognise the state of Palestine in 2014. 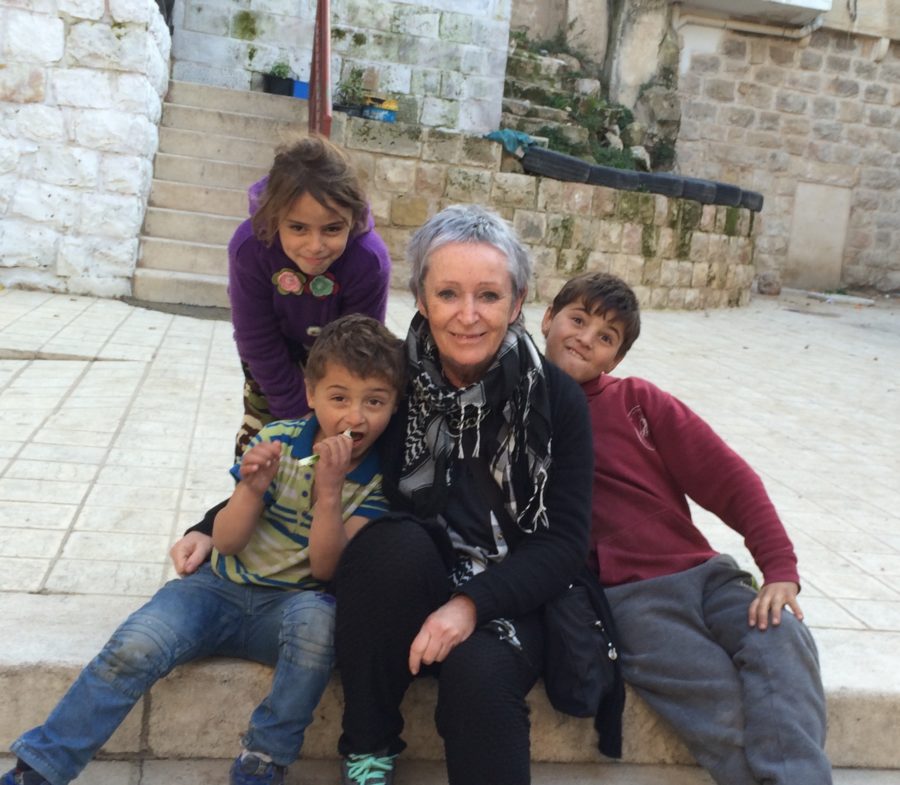 Gerry O’Sullivan in Palestine with children.

Gerry delivers Certified Professional Mediation Training that is accredited by the Mediators’ Institute of Ireland. She has delivered conflict and mediation training internationally with U.S. based Lawyers Without Borders, in partnership with the Director of Training from CEDR, U.K., and she is also an externally employed trainer with CEDR U.K. Gerry is a member of the Mediators Beyond Borders Consultants Team. She is a panel member with One Resolve and delivers mediation training under their auspices. Gerry was involved in the development of the Level 8 Certificate in Mediation training programme in the Law Faculty of Griffith College and she was invited to be the senior lecturer in that programme. She also delivered mediation training for the University of Limerick’s, “Masters in Peace and Development” programme. Gerry has written ‘The Mediator’s Toolkit: Formulating and Asking Questions for Successful Outcomes’, and it is published by New Society Publishing, Canada.