Up to my retirement several years ago I taught spoken English at an agricultural university in North-East China. The routine was relieved by an assignment to deliver an elective course that I called ‘Western Art and Culture’. I was given carte blanche to draw up a curriculum to fill the ten weeks allotted.

From my experience of teaching at this and two other Chinese universities I was aware that young students have only a patchy knowledge of visual arts, theatre and music. At middle school they study Dynastic nature poetry, and read some of China’s classic novels including the sixteenth century Ming masterpiece Journey to the West.

I once glanced at a middle school textbook, in Chinese, on ‘Western Culture’. It carried black and white photos of Greek temple, ceramic pots, an armless Venus de Milo, the Roman forum and Colosseum, and Leonardo’s rendering of Mona Lisa. Musical and artistic instruction is only offered in a serious way on curricula of select urban fee-paying schools. Middle class parents in the booming cities often pay for their sons and daughters to be privately tutored in piano or violin, or traditional string instruments like the erhu or the guzheng. 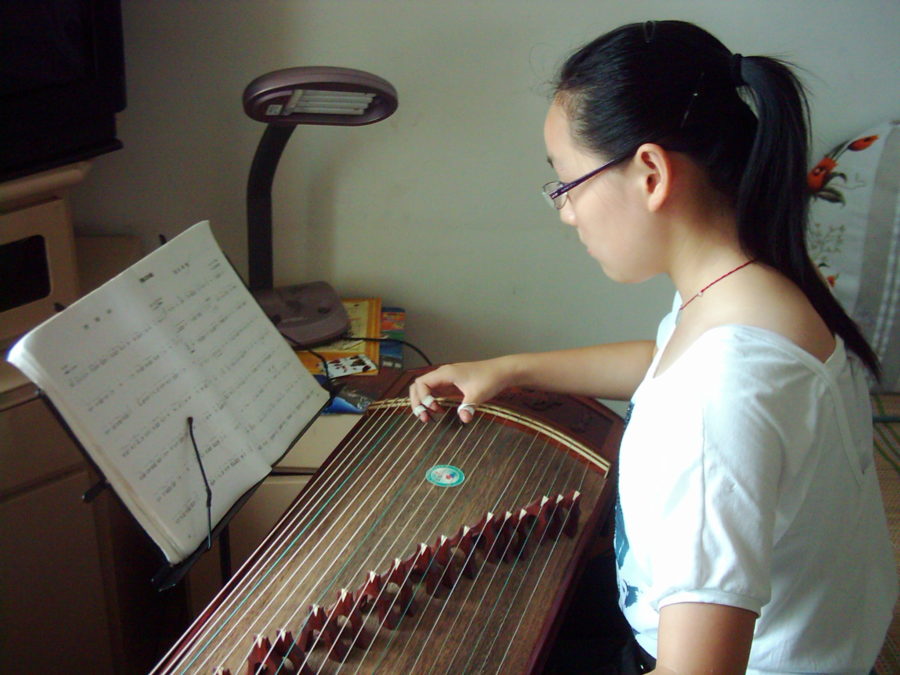 I discovered that few third level Chinese students have ever visited a city art museum. One reason is the high cost of admission relative to most students’ disposable pocket money. A lucky few have visited the Summer Palace and Forbidden City in Beijing, or lit incense sticks ‘for good luck’, at a Buddhist temple during the annual spring festival. Downloading free movies on their laptops in student dormitories is the most common cultural experience.

Around China you might see replica Mona Lisas in cafes, restaurants and hotel rooms. Van Gogh’s expressionist studies of ‘Starry Night’ and ‘Twelve Sunflowers in a Vase’ are other common wall-fillers. Renoir’s charming portraits of the late 19th-century French bourgeoisie are also to be found.

There are two or three factories in South China where teams of skilled painters churn out reproductions of these and other Western classic. One week they might have to recreate a Constable, the following a Rubens. It is sweatshop reproduction art.

In other sections of the factories workers on assembly lines fit the canvases into gilt frames. Every six months business people from all over the world attend the trade exhibition held in the southern boom town of Guangzhou (formerly Canton). There they buy up large quantities of these as well as mock-period furniture for export. The next time you see Monet’s sunset-red grain stacks at Giverney on a European café wall, pause and reflect that it might have been made to order by a Chinese sweatshop painter.

The Origins of Western Civilisation

The Ancient Greeks and Romans form a composite myth about the origins of western civilization, succinctly laid out in the approved middle school textbooks of Communist China. Chinese school-leavers are at least familiar with photos of the Parthenon in Athens and Roman Colloseum.

I happened to have a DVD of the film ‘Girl with a Pearl Earring’. which fictionally recreates the household circumstances in which Vermeer painted a work that has appeared on everything from chocolate boxes to 1500-piece jigsaw puzzles. I emphasised that the Girl is often called the Mona Lisa of Northern Europe. My students empathised with her simple peasant garb and down-to-earth prettiness. They were aware that the pearl earring had been supplied for the portrait.

Shyness and lack of of art observation practice made it difficult for me to elicit comments on selected screened paintings. I persisted and let every student in class take his or her turn.

Knowing that Chinese secondary school students only learn about Leonardo da Vinci through the Mona Lisa and her enigmatic smile, I took the trouble to show several of his anatomical and engineering drawings. Communist leaders are constantly exhorting young citizens to cultivate a serious ‘scientific outlook’ on life.

I made it clear to my students that Leonardo first trained as an engineer before discovering his gift for drawing and painting. I revealed how he had been given permission to dissect and draw bodies in a hospital mortuary, amid the smell of summer putrefaction, and that reproductions of muscles, veins, organs and skeletons drawn by Leonardo were scrutinised by European medical students for hundreds of years; until the publication of Gray’s Anatomy in 1858 with its stunning illustrations by Henry Vandyke Carter.

Some of my Chinese undergraduates admired Leonardo’s guts; others squirmed audibly when confronted with graphic details of skulls and skeletons and a dead baby in the womb, as most students would.

In another push to get beyond the Mona Lisa stereotype I also showed reproductions of his other portraits and explored religious themes. ‘The Woman with an Ermine’ impressed students with her natural beauty, carefully groomed fawn hair and colourful dress. La Belle Ferroniere moved them similarly. I hoped this would give Chinese students a more rounded understanding of Leonardo’s stature in western art history.

In one class I showed a selection of traditional Chinese landscapes from various dynasties and juxtaposed them with selected Dutch landscapes of the 17th and 18th centuries. I noted that Chinese and Renaissance painting styles were different but not unequal in merit; artists in different cultural milieus attempting to achieve varying social-aesthetic objectives. 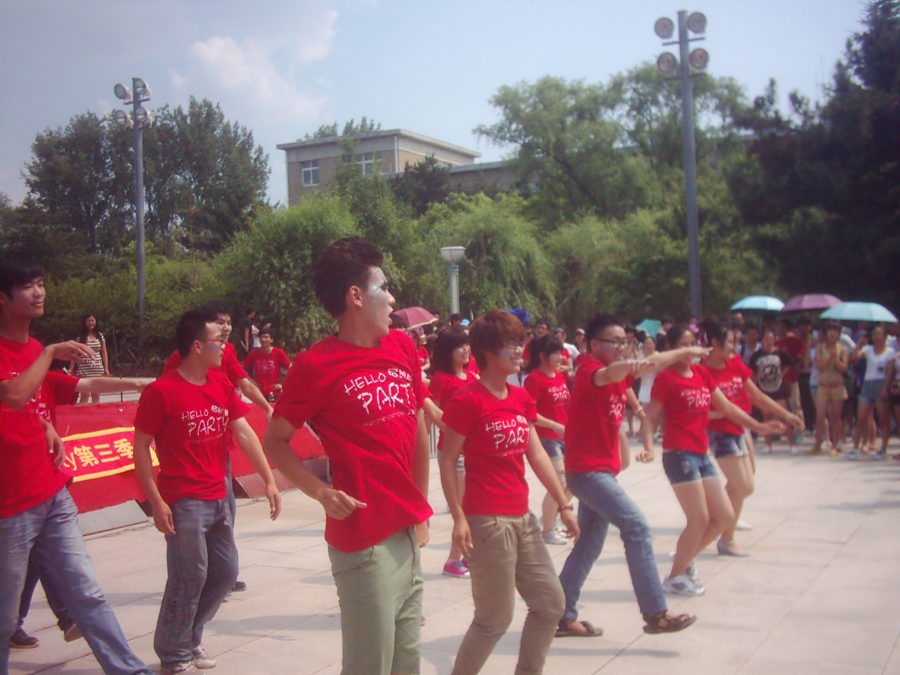 Music was an additional focus of my courses. I prepared a series of pictures of orchestral instruments, moving on to American popular music in Britain and America.

Finally, I assigned short writing pieces about the painters and a final paper was written on the subject of ‘art and music in my life’.

I was generally underwhelmed by the manuscripts. Many students wrote about listening in their dormitories late at night to popular music; none listened to Classical or jazz. Only a few wrote about paintings and sculptures. I hope my students have taken something with them about Western art, music and cultural norms. Maybe a few will drop into an art museum on their travels, assuming they are earning enough money to purchase the admission..

Garreth Byrne lives in retirement in Leitrim, Ireland after teaching English at universities and other institutions in five different cities in China, where he spent twelve years.

Garreth Byrne lived in Zambia, Tanzania & Malawi for more than 12 years. He taught English, promoted school agriculture and for two years promoted rural development with the aid agency Gorta in Tanzania. He has also worked in China, Oman and parts of Ireland. He now spends a busy retirement in North Leitrim, which has exotic charms that equal anywhere.