Editor’s Note: In avoiding a lockdown, and allowing most schools, restaurants and other businesses to remain open for the duration, the Swedish government’s response to the Covid-19 pandemic has diverged sharply from those pursued by most other European governments – although neighbouring Norway also avoided a mandatory lockdown, confining people to their homes.

With an estimated 213 deaths per million [i] Sweden’s mortality rate, half of which emanate from elderly care homes,[ii] compares unfavourably with other Scandinavian countries such as Norway (37 per million), Denmark (70 per million) and Finland (32 per million), but is comparable to Ireland’s (205 per million),  the Netherland’s (250 per million), and far better than Belgium’s (597 per million) or the U.K.’s (287 per million – a figure which is believed to underestimate considerably the true toll[iii]) among other northern European countries. This occurred despite Sweden having the second lowest number of critical beds in Europe, after Portugal, prior to the crisis, with only 5 for every 100,000 inhabitants.[iv]

The implication of Sweden’s relative success in averting a catastrophe, led one French journalist to opine: ‘it’s almost as if we want Sweden to fail because then we would know it is you and not us that there is something wrong with.’[v] In this article a long-term foreign resident in Sweden explores an overlooked dimension to what is informing Swedish policy.

Covid-19: A View from Sweden

A long history of social democracy in Sweden has created safety nets that you don’t find in other countries. I am still waiting to see a homeless person here.

Anyone who claims Swedes do ‘not care about each other’, is incorrect, and this reaches to the core of the problem. Swedes might give that impression, but once you go beyond the surface you find people, if anything, are more humane than elsewhere.

The Swedish approach to the Covid-19 pandemic is a sign of underlying differences in how they understand morality in the public sphere, and how they relate with each other: this comes from a more utilitarian perspective.

Utilitarianism has earned a bad reputations as it has been incorrectly conflated with crude capitalism, when it is really about taking peoples’ wellbeing seriously, or ‘the greatest happiness of the greatest number.’ As Jeremy Bentham and John Stuart Mills understood it, utilitarianism is extremely equalitarian .

Notably, the Swedish government has taken the advice of moral philosophers who come from a moral utilitarian perspective. The core difference between their approach and what we are seeing for the most part elsewhere is they attempt to avoid an understandable reaction to save lives immediately. They put aside an emotional response and consider the future consequences.

Thus, the National Board of Health and Welfare, one of Sweden’s main agencies for handling the COVID-19 pandemic, brought in philosophers to design guidelines for priority-setting in medical care. The work was led by philosopher Lars Sandman, director of the Centre for Healthcare Priority Setting and a professor of healthcare ethics at Linköping University.

In Sweden we are not allowed to take chronological age into account, but biological age—so the main thrust of the guidelines are how to interpret biological age in this situation—and we interpret it as covering both probability to survive the treatment and life-expectancy in terms of years. Hence, we propose that if doctors and other healthcare providers have to choose between helping patients with the same probability to survive but different life-expectancies, they should choose to help the patient with more years left. In relation to the ethical principles in the platform this is a somewhat new interpretation or clarification that has never been explicitly done before.

There are situations where savings lives in the short term can bring more deaths further down the line. This way of thinking underlies a long social democratic tradition, where no one is really left behind, and, indeed, where environmental responsibility is taken more seriously than other countries. Thus Sweden is ranked number four in the global climate change performance index.[vi] Perhaps it is no coincidence that Greta Thunberg is Swedish. 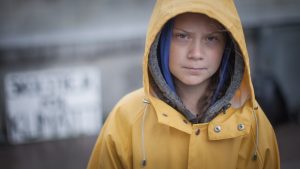 And then we have trust. Swedes trust their government and institutions, which didn’t come about by accident. If your institutions take care of you and take your interests seriously then you are more likely to trust them. And that is an extra benefit in a situation like this. There are few outright prohibitions here, because there is little need for them. Decades of social welfare has brought this level of trust.

I find the Social Democrats here the least ‘ideological’, or tribal left party I have ever encountered. I know a lot of left-wing people in Europe who are highly doctrinaire, and refuse to consider solutions outside of their traditional tool box. Swedish Social Democrats are far more pragmatic, which makes them adopt policies beyond familiar left-wing ones, while remaining loyal to core values of equality and vindicating basic socio-economic rights such as housing.

One example of this pragmatism is the connection between university research and business. Here it is much easier than in other countries I have worked in to open a business out of university research. They will tax you heavily once you become profitable, but while you are in a development phase you will be given plenty of support, including tax breaks and being allowed to fire employees if necessary. Some of these policies would not be considered by left-wing parties in other European countries.

In my experience Swedes do not respond automatically in an emotional manner. This can be seen in their response to Covid-19. They stop and think seriously about the consequences of any proposal for everyone’s wellbeing, regardless of whether the idea comes from socialism or liberalism.

Sweden’s Social Democrats are a true pragmatic left. Sometimes you feel like you live in the Soviet Union, with controls on the property market, alcohol sales, unemployment benefits and child care, while at other times you feel like you are living in California, with a great connection between university research and entrepreneurship.

In my view, Sweden’s success in maintaining a good standard of living for vast majority of its inhabitants,[vii] over a long time period, lies in striking this balance between commercial pragmatism and ensuring equality.

It is widely recognised among Social Democrats that the Swedish welfare system would not survive without a vibrant business culture. The response to Covid-19 is also guided by recognition that if all economic activity grinds to a halt indefinitely it will have serious implications for the wellbeing, and health, of the population.

[i] Figures as of April 25th, 2020, from Worldometer, https://www.worldometers.info/coronavirus/#countries