The year began darkly in Brazil. On January 1st, 2019, Jair Messias Bolsonaro was sworn in as President of the largest and richest nation in South America. In his inauguration speech, Bolsonaro stressed his commitment to liberate Brazil, ‘from socialism, inverted values, the bloated state and political correctness’, and called for ‘Brazil above everything, and God above everyone.’[i]

This new era threatens not only the rainforest and minorities but also democracy, and the world´s fragile climate. 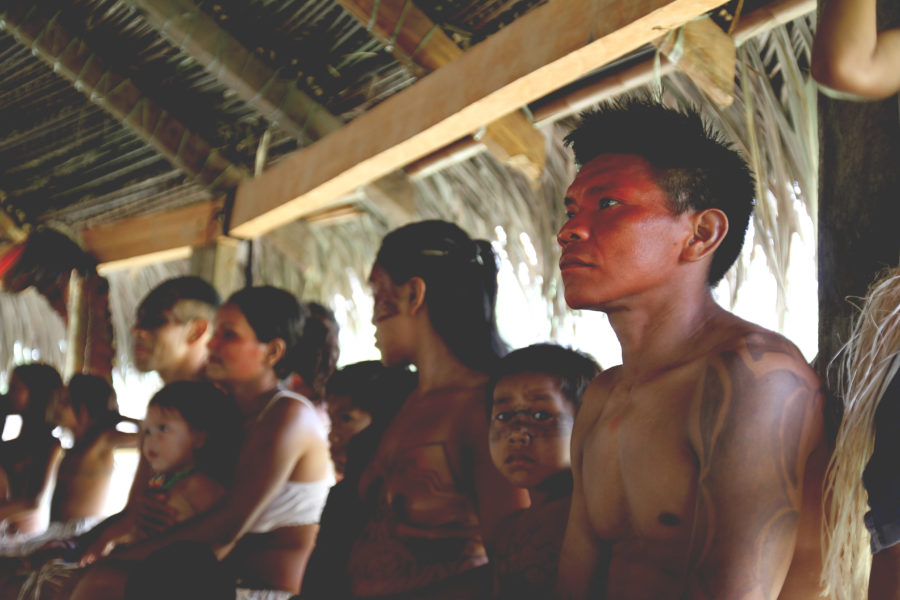 The effect of polarising discourses on an impressionable population

Removed from any understanding of the complexity of social justice and inclusion, the former army captain promises oppressive power, with armed force on the streets.

At first sight, his election was a response to a growing disillusionment with the political system. Countless politico-financial scandals and institutional corruption have brought many Brazilians to a stage of hopelessness. People were angry and disenchanted by previous administrations. Voters looked to a saviour, and demanded change, in the shape of this warlike army captain.

Bolsonaro’s polarising and polemical rhetoric spoke to the fear and dissatisfaction of millions. His campaign manipulated these sentiments, attacking opponents, and promising economic prosperity alongside ultra-conservative Christianity. This formula gained traction through social media and WhatsApp groups that relentlessly spread his message, as well as disseminating fake news about opponents.

In the past, as a member of the Congress he has openly approved of torture[ii], offending women, indigenous populations, black people and the LGBTQ community. He has made homophobic, xenophobic, racist and misogynist remarks his hallmark.

Some of his outrageous statements include[iii]:

His well-publicised hate speeches did not discourage people of all economic classes and social groups from voting for him. On the contrary, the lack of political correctness brought comfort and emboldened those in step with such a tone.

Many of his supporters interpret the aggressive messages embedded in his speeches as speaking truth to power, or as bringing down the hypocrisy of political correctness. They dismiss the dangerous violence in his words and gestures, including the celebrated simulation of firing a gun with his fingers. This reveals the submerged prejudices of many Brazilians. As a society we must recognise these, and transform in order to move forward.

This is a period in which the language of political leaders, such as Bolsonaro and Trump, paves the way for the dehumanisation of certain social groups, including indigenous populations, women, black people, LGBTQ community and refugees. These groups are confined to zones of social and political exclusion, in landscapes of abandonment and forgetfulness; dispossessing their lives of intrinsic value and meaning.

With Bolsonaro’s signature of presidential decrees, his worldview expands into attacks on environmental reserves and wild animals, leading to ecological death. 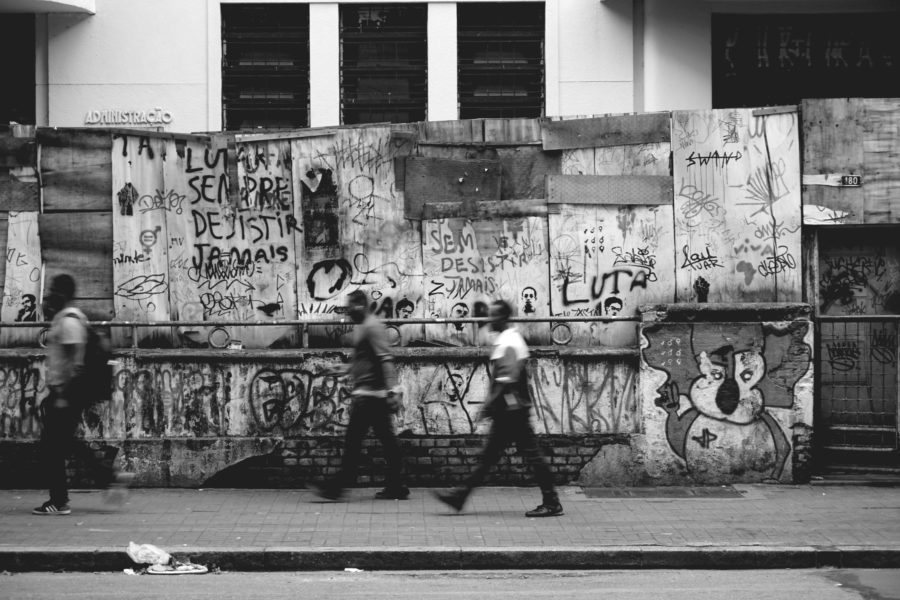 Only a month in office,[ix] and the new head of the Brazilian state has already signed numerous problematic presidential decrees into law, sided with fascist regimes such as Israel, Italy, Hungary and America, and nominated untrustworthy ministers.

Among the most alarming is the transfer of powers over indigenous territory to the jurisdiction of the Ministry of Agriculture. Brazil is already the most dangerous country in the world for environmental activists.[x] This move, alongside the demonization of activists amidst a culture of impunity, is likely to foment further violence, and expand deforestation.

The agribusiness lobby has also managed to reduce bureaucratic oversight in obtaining environmental licenses, with the objective of further deforestation and expansion of agricultural plantation and mining in the Amazon. 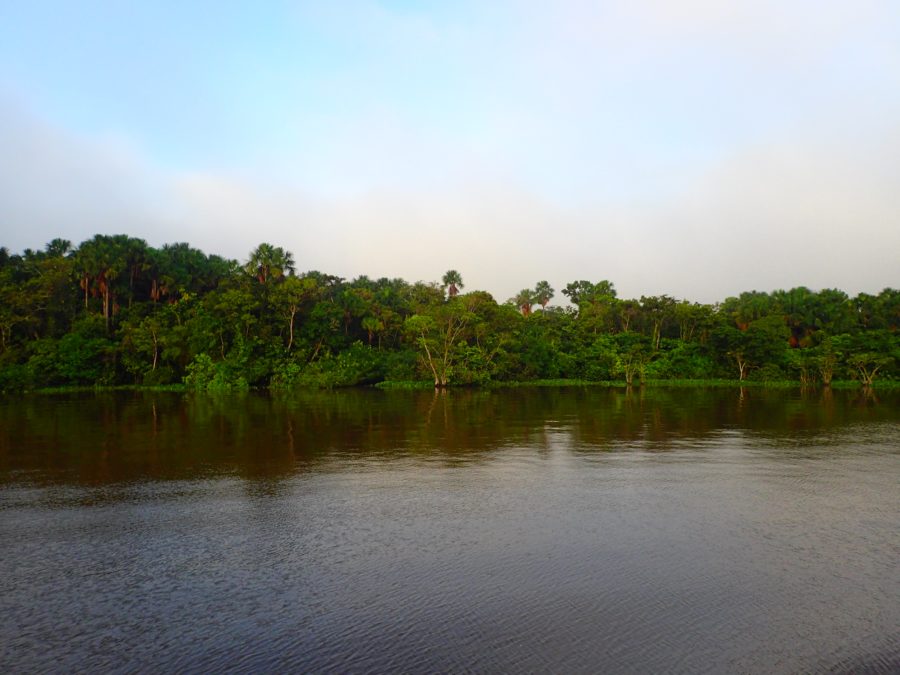 In 2018, the country registered a 13.7% increase in deforestation, the heaviest annual toll for a decade[xi]. With the eradication of NGOs, this is likely to break further records over the coming years.

After lifting controls on deforestation in the Amazon region, in response to lobbying by the agribusiness and extraction industry, the administration has been hit with its first major humanitarian and ecological crisis.

On January 25th a dam, constructed to facilitate mining, collapsed[xii] in Brumadinho, south-eastern Brazil, releasing a toxic wave of mud which swamped human lives, houses and surrounding rivers. So far at least thirty-four people are known to have died, with nearly three hundred missing. This is not the first mining dam to have collapsed in the region. Three years ago, the city of Mariana and the Sweet River was engulfed by a similarly deadly tide, containing waste from a nearby iron-ore mine. This was the worst ecological crime in Brazilian history.[xiii] Vale, the company responsible for both disasters, has not been held to account for the Mariana disaster, and continues its activities, without regard to environmental laws.

A day prior to being hospitalised to remove a colostomy bag, the consequence of a stabbing at a presidential campaign rally in September 2018, Bolsonaro flew over the disaster zone with his Environmental Minister, and mining lobbyist, Ricardo Salles. Despite creating a crisis management office and deploying the armed forces in support of rescue missions in the area, the president referred to the disaster as an ‘accident’. He refuses to commit to prosecuting Vale for its crimes against people and natures. This is in stark contrast to the iron fist he vows to wield against organised crime and corruption.

The president´s environmental discourses and measures are a deadly combination whose impacts will have global repercussions. The Amazon forest plays a key role in maintaining the world’s fragile climate. Its complex ecosystems is vital to sustaining life, including human life, on our planet. Accelerating its destruction is catastrophic for us all.

Yet the reality of climate change is deemed an ideology and ‘Marxist plot’[xiv] by the incoming Minister for Foreign Affairs, Ernesto Araújo.

The first thirty days also included withdrawal from the UN Migration Pact, signed in December 2018; a decree simplifying restriction on gun possession; and an award to Israel’s Prime Minister Benjamin Netanyahu of Brazil’s most prestigious medal for foreign dignitaries, among other disastrous measures.

Now a financial scandal has erupted involving Bolsonaro’s eldest son and recently elected senator, Flavio Bolsonaro. This political dynasty won the trust of the electorates with a high moral tone, guaranteeing to sweep corruption away. This revelation, however, of suspicious payments and cash flows, involving Flavio Bolsonaro, his former bodyguard and driver, and Bolsonaro’s wife, is pointing to money laundering, and staining their reputation. The Supreme Court Justice suspended the investigation at the request of Flavio Bolsonaro, but it may resume in February. 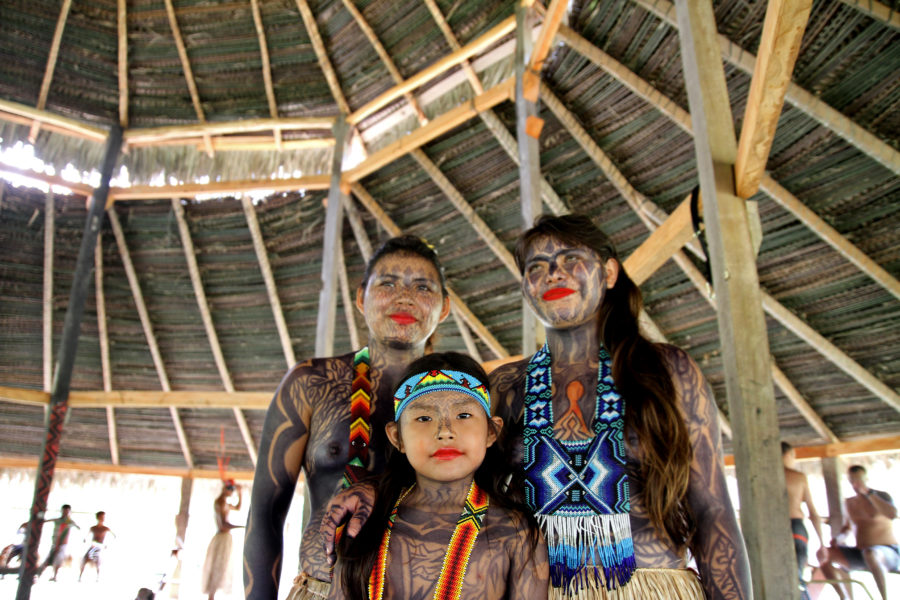 A ray of hope

We are yet to comprehend fully what the social impacts of the 2018 election will be. Already, it is widening existing fissures within Brazilian society, and distancing people on opposing sides of a political chasm. There is conflict and separation, blaming and shaming. Nevertheless, all of us are permeated by the same toxic atmosphere.

Whatever we agree or disagree on, Brazilians share a common future. We are tied together, with each other, and with the whole planet. The destruction of our forests and pollution of our waters is the erosion of our social fabric and the pollution of our bodies.

An exploitative economic and political system which disdains to acknowledge the inter-connectedness between all life is destined to collapse eventually. But this failure has a human cost, and brings untold suffering.

To avoid our social and ecological death, we must view the world with awakened eyes, re-humanising our vision to see nature and people as one. Then we will revere the intrinsic value of all life.

We need real leaders to invest our trust in to guide us through these dark times. It is time for politicians to unite us under a common vision of justice, sustainability and inclusion. Let us hold hands and bring to life an understanding of our humaneness.

The feature image by Vitor Schietti was awarded first place in the national contest Como somar num mundo em conflito in 2016. It was taken in Jericoacoara, in the state of Ceará, in 2013. The other images were kindly provided by Felipe Lopes and Bartholomew Ryan.

[i] Dom Phillips, ‘Bolsonaro declares Brazil’s ‘liberation from socialism’ as he is sworn in’, January 1st, 2019, The Guardian, https://www.theguardian.com/world/2019/jan/01/jair-bolsonaro-inauguration-brazil-president, accessed 28/1/19.

[iii] Eliane Brum, ‘How a homophobic, misogynist, racist ‘thing’ could be Brazil’s next president’, October 6th, 2018, The Guardian, https://www.theguardian.com/commentisfree/2018/oct/06/homophobic-mismogynist-racist-brazil-jair-bolsonaro, accessed 18/1/19.