Last January 25th a dam burst over the town of Brumandinho from a height of eighty-six metres. It unleashed a tsunami of approximately twelve million cubic metres of toxic red sludge over the valley below, eviscerating all in its path.

The structure had been built as part of an iron-ore-mining operation in Minais Gerais, Brazil’s second most populous state. This is the heartland of the country´s extractive sector, servicing industries all over the world.

Responsibility for the humanitarian and ecological disaster in Brumadinho lies squarely with Vale, a Brazilian-owned mining company, which has been extracting minerals from the region for decades. Reports circulating indicate the company had been aware of the risks, but failed to adopt precautions in line with international guidelines.[i]

In prioritising profit, the company externalised the inherent danger of retaining toxic by-products from a mining operation in a tailing dam. 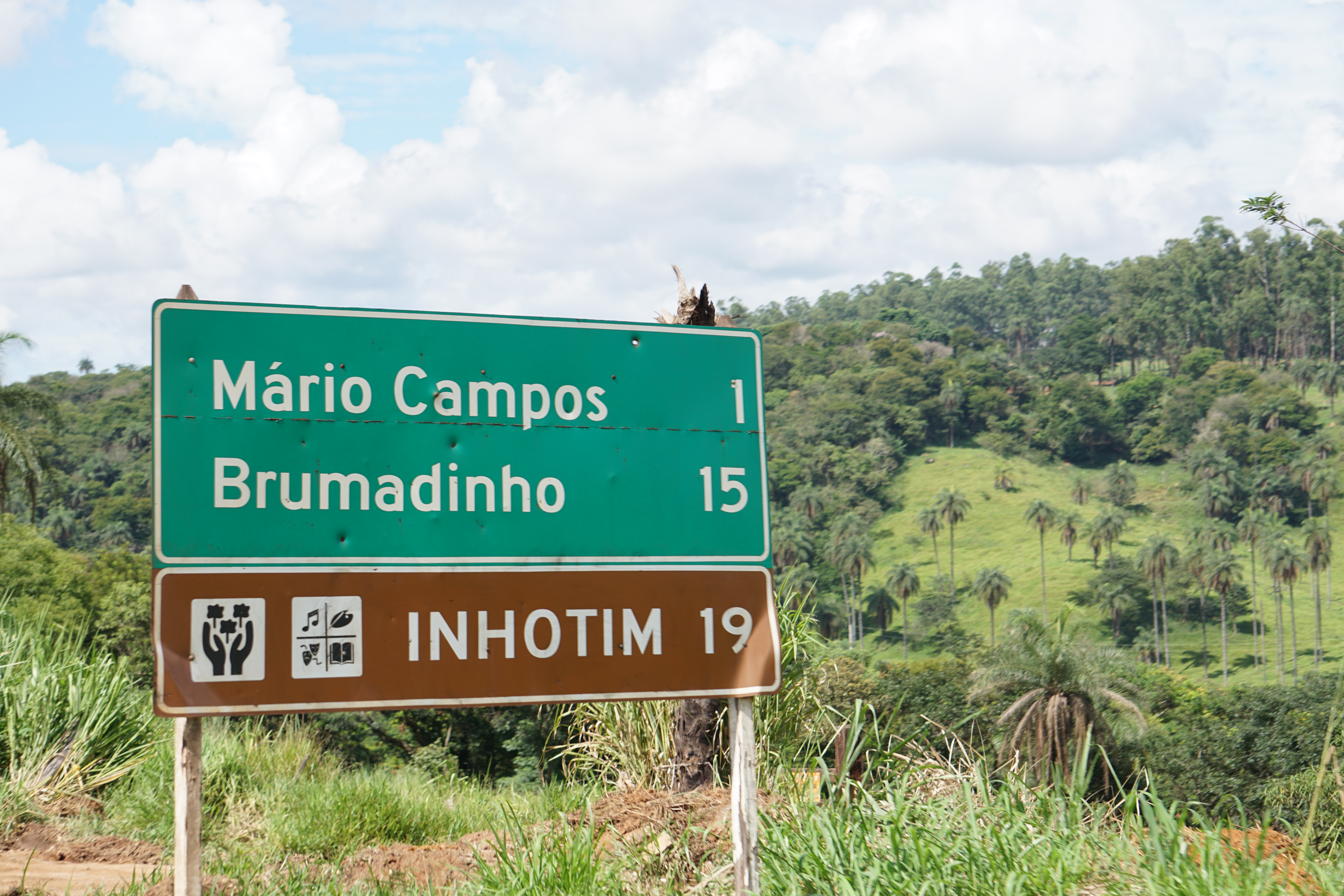 In late February I visited Brumadinho and Mina do Feijão district, the scene of one of Brazil’s worst Brazilian humanitarian and ecological disasters.

With main access roads to the town destroyed, I journeyed via unpaved, narrow streets through lush Atlantic forest, enhancing my awareness of the breath-taking ecology still surviving in this region. 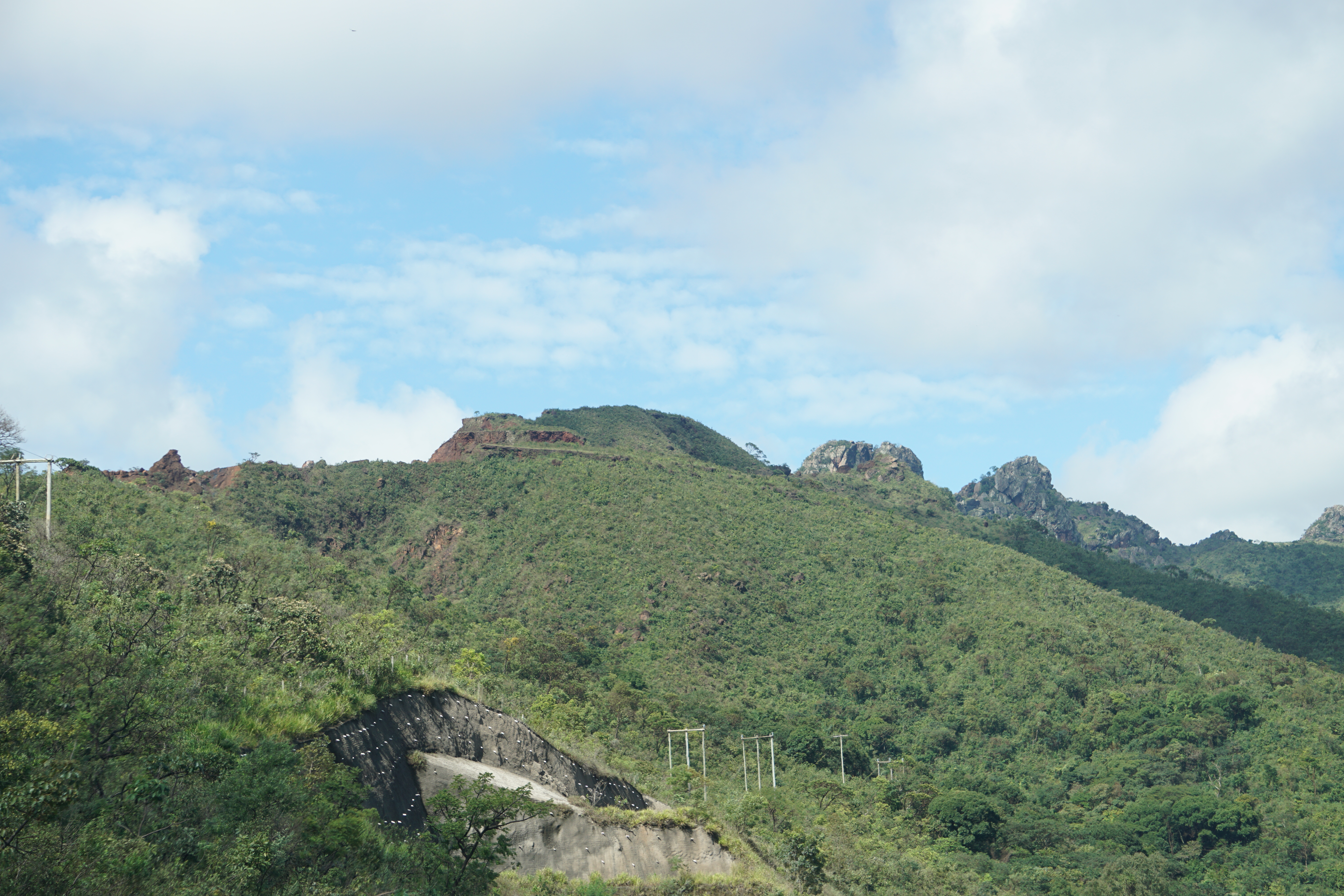 The mountainous state of Minas Gerais is rich in iron, gold, niobium and other minerals, and responsible for more than half of the country’s mineral extraction, with over three hundred mines operating. According to a report published by the Nacional Agency for Mining (Agência Nacional de Mineração), Minas Gerais concentrates 63.1% of the high-risk mining dams in the country.[ii] As in Brumadinho and Mina do Feijão district, most of these dams sit atop mountains, posing threats to villages, towns and ecosystems located in valleys adjacent to the sites.

Walking down the dirt road towards the epicentre of the disaster, I was hit by a wave of unpleasant odour. A mixture of smells, from decomposing bodies to toxic metals, charges the atmosphere, growing stronger at the approach to the worst scenes of devastation. 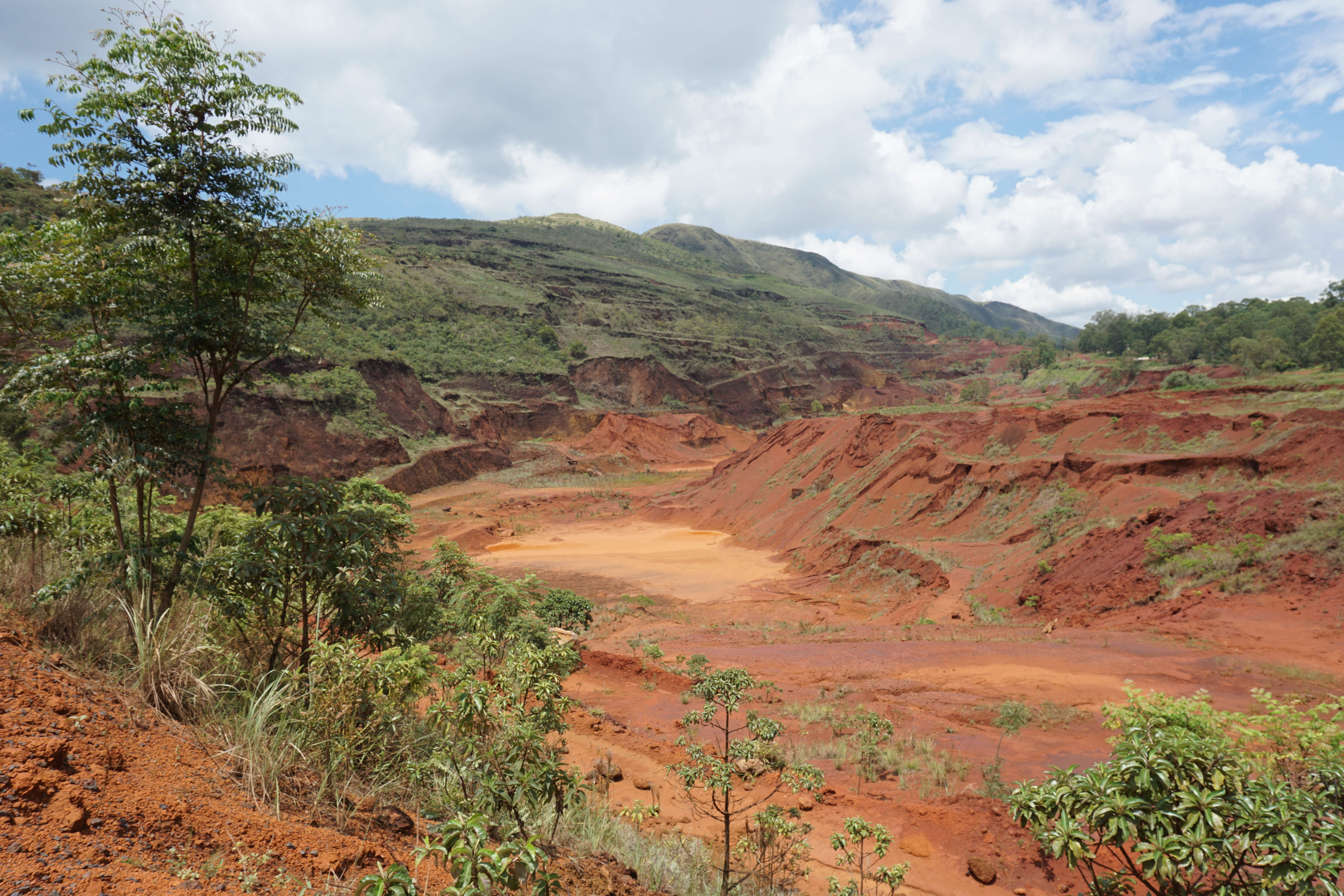 The sight of what greets me is as striking as the odour. At the end of the street, a sea of red mud has consumed all before it. Its force so intense that it has uprooted trees, crushed houses and swallowed human lives. It spread nine kilometres, as far as the Paraopeba River where it has killed aquatic life, adversely affecting local indigenous communities, whose subsistence depends on fishing, and a healthy river for drinking water.

Despite there now being almost no chance of finding anyone still alive, firefighters tirelessly keep up the search for bodies. 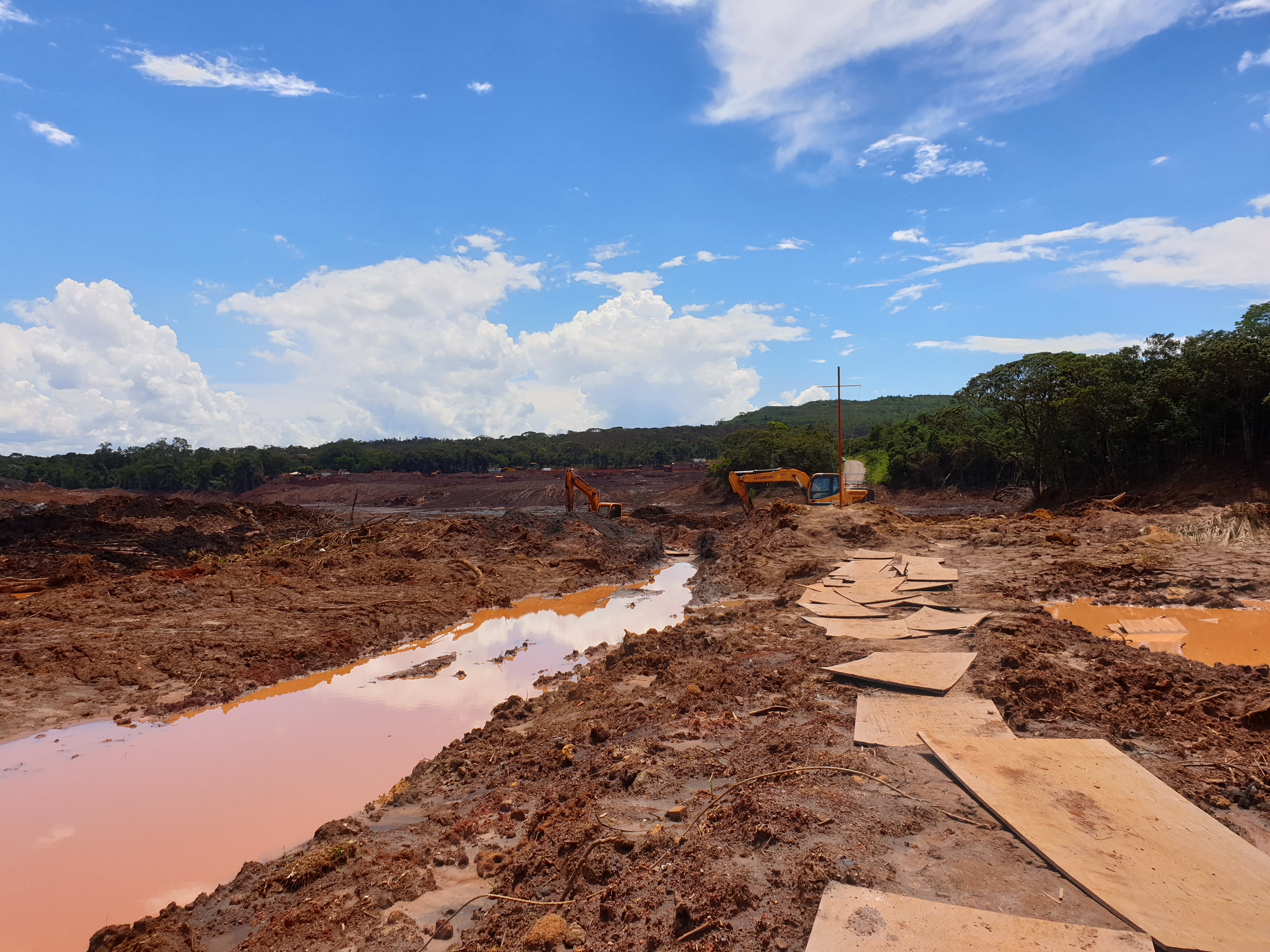 One-hundred-and-twenty volunteers from different parts of the country sustain the rescue mission. Their courage is a lesson in solidarity and care, in the midst of Vale´s criminal negligence and indifference. While firefighters heroically contribute their time and strength, equipped with rescue dogs, bulldozers, drones and helicopters, Vale continues to extract minerals, even from the very site where the tragedy occurred.

The sound of trucks carrying minerals from the open pit speaks louder than the silenced cries of victims.

At the disaster´s scene I encountered a woman whose husband is still missing. Martha (not her real name) had arrived with two relatives. Every day she travels the hour’s journey from a neighbouring town, hoping to hear news of her husband José (also not his real name).

The dam collapsed, without warning, during lunchtime. Around two hundred employers were dining at Vale´s refectory when the walls of the barrage burst. In less than two minutes the mud consumed all, including the refectory.

Alas, on that last Friday of January, the shuttle bus never arrived, and José remains missing.

Martha is grieving her loss. She endures the agony of not knowing what has become of her husband. At least a body, or even a piece of it, would allow her to dignify him with a funeral.

Martha´s grief resonates with the sorrow of an entire town. Most of Brumadinho´s forty-thousand inhabitants either work for Vale themselves, or know someone who does.

When I think of mud, I think of earth and water, essential elements to life on planet Earth. I also think of soil and its healing properties. Pure mud is the foundation of life, the sacred soil out of which food grows.

On the contrary, toxic mining mud is lethal.

When I speak of toxic mud, I speak of earth and water contaminated by heavy metals and poisonous chemicals. Mining operations are sources of pollution and harm. Among the chemicals involved are lead, arsenic, cadmium and mercury. These kill people, other animals and soil.

Yet, of all the pollutants the most hazardous is greed, the moving force in our economic system that demands the extractive industries.

To truly decontaminate the affected region and purify river and soil, we as individuals and societies must first decontaminate the financial greed from our economic and political systems. We may purify our hearts and minds by awakening an understanding of the Earth as a source of life to be cared for, not a resource to be exploited. 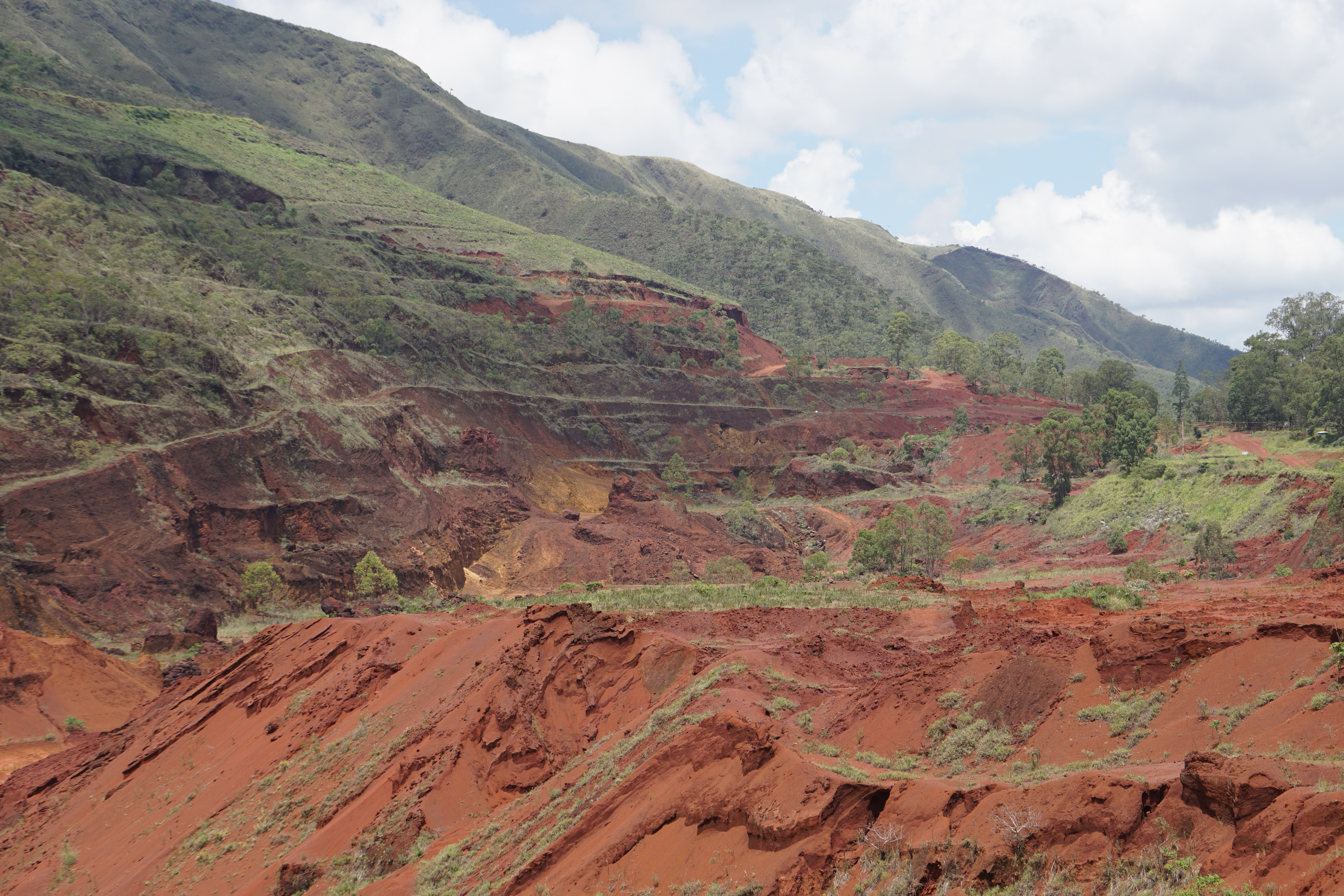