Is it cynical to suggest that Ireland’s ruling Fine Gael party is using the referendum to repeal the eighth amendment to the Constitution – which equates the life of a pregnant mother with the unborn – to deflect criticism from its hands-off approach to governance? One of the worst housing crises in the history of the state, a failing two-tier health system and a shameful environmental record all recede from view amidst the commotion.

The end result will come at little cost, either way, to a government, some of whom, including the Taoiseach Leo Varadkar, have expressed contradictory views on the subject. That lack of enthusiasm is apparent from the Fine Gael party’s decision not to put up posters to support a ‘yes’ vote. Win or lose, the government will say: ‘we have listened to the will of the people’.

Leo Varadkar’s belated conversion to abortion rights might also reflect an appreciation of the makeover his predecessor Enda Kenny received after coming out in favour of gay marriage in the Marriage Equality Referendum of 2015. Keeping debate focused on the private lives of individuals, rather than the performance of state institutions, appears to be an excellent political strategy in twenty-first century Ireland.

Tánaiste and Minister for Foreign Affairs Simon Coveney’s own volte-face from principled opposition to acceptance of a need for reform also bears an imprint of political calculation. Such flip-flopping is not surprising considering he once claimed that what he knew about the science of climate change sent shivers down his spine, before displaying no scruples about expanding Ireland’s dairy sector while Minister for Agriculture.

Since arriving as the dominant centre-right party after the Economic Crash of 2008, Fine Gael has steered a course between a traditional rural power base, and an urban middle class that lost faith in its predecessor Fianna Fail, as the establishment’s self-fulfilling ‘natural party of government’.

Fine Gael is now in a ‘confidence and supply’ parliamentary alliance with its erstwhile foe, which has moved to the left after recovering a social conscience; Fianna Fail’s is on a familiar ideological journey for one of Ireland’s crooked, main political parties, for whom commitment to social equality generally depends on distance from power.

The government’s continued policy of agricultural expansion, despite the sector generating one third of all national emissions, keeps the farming industry on side, while a propertied metropolitan bourgeoisie benefits from low taxation on their assets, especially property. This formula is doused with liberal doses of virtue-signalling ‘tolerance’, personified in the half-Indian and gay Taoiseach Leo Varadkar himself.

Varadkar unapologetically courts a thrusting middle class constituency. His tenure as Minister for Social Welfare saw him take out advertisements against ‘welfare cheats‘; as Minister for Health he effectively endorsed a two-tier health system in boasting publicly that he had taken out private health insurance; while as Minister for Transport, to the undoubted delighted of the motor car lobby, he dismissed rail transport as being for ‘romantics’. But an increasing class divide may be an unacknowledged factor in the forthcoming plebiscite. 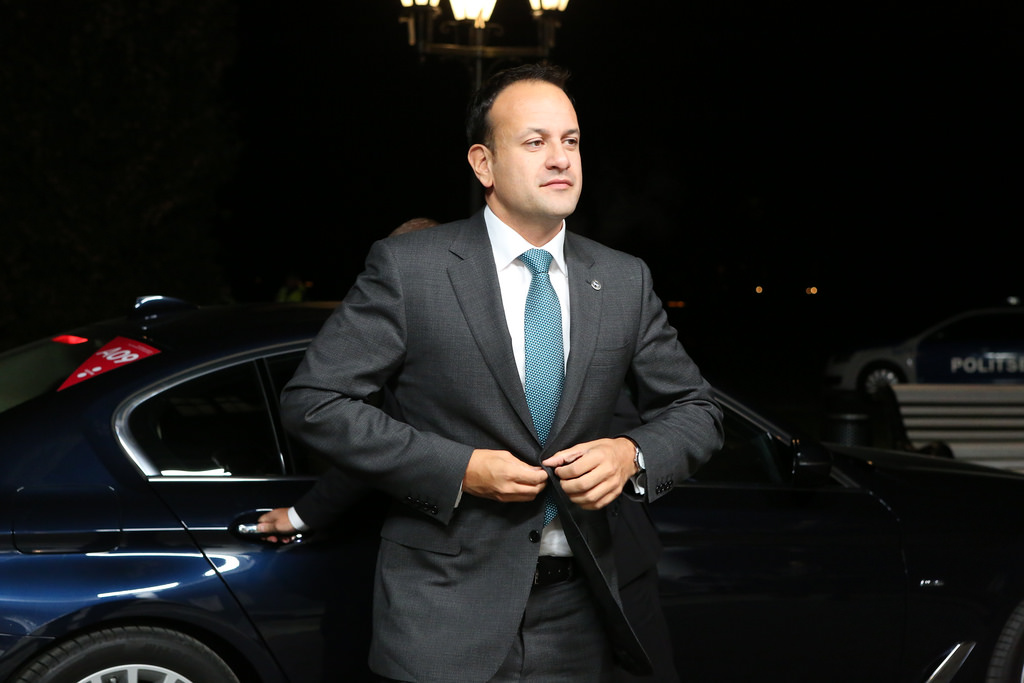 The referendum pits conservative, rural Ireland against the generally liberal, Dublin metropolis. But opposition to abortion may be a proxy for the insecurity felt by those living in dying small towns removed from the capital, or renters impoverished by another explosion in property prices. Holding a Pro Life position might be a transgressive reaction to the perceived success of elites, who appear ‘shameless’ in their exultant sexuality. The sight of bright young women wearing the popular black jumper emblazoned with the word Repeal could only serve to stiffen the resolve of resentful opponents.

The long-standing failure of the state to develop a functioning transport system has brought the isolation of car dependency across Ireland, and small businesses fail as multinationals dominate the retail landscape. Distance from the fruits of Ireland’s uneven recovery explains a simmering resentment among the ‘silent majority’, as much as the residual influence of the Catholic Church. It’s a tale of two countries, where those who take their dinner in the middle of the day do not sit down with urban brunchers.

The run on bread and other staple foodstuffs before the onset of the ‘Beast from the East’ snow storm in late February betrayed a deep sense of unease among the population. It assumed that neither the state nor the wider community could be relied on, leaving the individual to bowl alone. 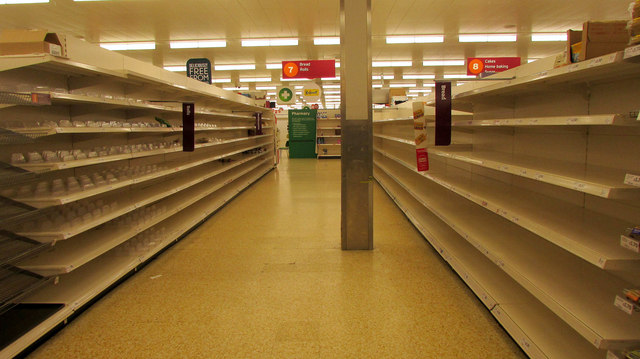 The issue of abortion in Ireland is now a full-blown fiasco, stemming from the eighth amendment to the constitution in 1983, which proved unconscionable once it encountered social realities. Enshrining the life of an unborn as equal to a mother’s is a fine-sounding principle until you meet a suicidal minor impregnated through rape, who sees an abortion as the only way out of her predicament.

The Supreme Court in the 1992 X Case met such circumstances and overturned the High Court’s earlier decision to detain the young girl in the state. The court overlooked the provision’s explicit statement on equality of consideration, treating it as inconsistent with natural justice.

This led to further constitutional referenda guaranteeing a right to travel, and to information on abortion legally available elsewhere: ‘an Irish solution to an Irish problem’, which exported the problem to another jurisdiction.

Also in the wake of the judgment, some conservatives claimed Ireland had among the most liberal abortion regimes in the world, as there was no theoretical limits on abortions in the event of a threat to the life of the mother.

The issue simmered along for another two decades with thousands of women taking the trip across to the UK in that time. It took the death of Indian woman Savita Halappanavar in 2012 from a septic miscarriage after having her request for an abortion turned down in an Irish hospital to re-ignite the debate.

The Protection of Life in Pregnancy Act 2013 legislated for the decision in the X Case, but far from closing down discussion it preserved the ambiguity around what constitutes a threat to the life of the mother sufficient to justify an abortion. Finally this year, Varadkar’s government accepted the recommendations of a Citizens’ Assembly and a parliamentary committee, and announced the referendum to repeal the provision, to allow for the state to legislate for terminations on demand. It’s been a slow burn ever since. 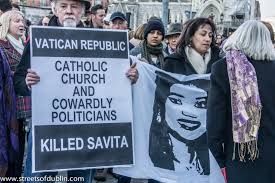 It is unclear whether the number of those seeking abortions will actually increase if it is available on demand in Ireland. That is not to say the ethics of the matter are irrelevant – as some suggest who seek to portray it as simply a medical question – or that the associated cost of travel and medical care are unimportant, but the context is relevant.

Just as the marriage equality referendum was not as much about gay marriage per se but about attitudes towards homosexuality, this referendum also concerns respecting the right of women to choose. To describe abortion as ‘a licence to kill‘ is a grave affront to the thousands of Irish women who have already had abortions.

Unfortunately the issue is now so divisive that meaningful discussion hardly occurs around what right, if any, the unborn should enjoys subject to the countervailing right of a woman to her bodily integrity.

This referendum could be Ireland’s Brexit or Trump moment, when the forces of reaction stand up and are counted against a complacent liberal elite. Yet only by progressives engaging constructively with the arguments of their opponents, and understanding the origins of so much of their ire can a toxic political chasm be bridged. Unfortunately with each side adopting Machiavellian marketing strategies, any recognition of opposing arguments becomes impossible.

There are serious ethical questions to be addressed around the genetic profiling of the unborn, and to describe ‘No’ voters as simply misogynists does not advance the discussion at all. It is a culture war that serves the interests of the government, and a press which sells opposing sides in print, claiming this to be in the interest of balance.

On one point at least, the ‘No’ and ‘Yes’ campaigns should agree: no woman should feel obliged by economic circumstances to terminate a pregnancy. We should focus on building a more caring society for the living, where women are offered adequate support by the state in rearing their children.

A simple alteration to the constitution that would instantly compel any governments to pay heed to the material welfare of all Irish citizens would be to make Article 45 containing ‘The Directive Principles on Social Policy’ cognizable by the courts. As it stand socio-economic rights, such as a right to housing, are not provided for under the Irish constitution. The article is merely for the consideration of the Oireachtas, which is as good as worthless.

Unfortunately there is fat chance the ‘natural party of government’, whichever one that is, will sponsor a referendum to make a basic standard of living in Ireland a constitutional right, which would be an incentive to motherhood.

The eighth amendment brought a toxic ingredient into the constitution that proved unworkable once confronted by the social realities of rape and medical necessity. It concedes nothing to a woman’s right to bodily integrity, especially if she is in dire financial straits, treating her as a passive incubator. It must go. Let us then consider the origins of the discontent, and address socio-economic causes.

Frank Armstrong is the content editor of Cassandra Voices. An archive of his writing is available on www.frankarmstrong.ie