Mario Draghi’s ‘technocratic’ government has fallen, or so we’ve heard. Now it feels like we are facing into the most important election in generations.

According to the latest polls, a (far-) right coalition is on the brink of power. The spectre of international interference, especially coming from the East is (again) on the front pages and the distinction between information and propaganda – journalism and intelligence – has never been so difficult to discern.

And as we approach two months of political campaigning in the middle of the busy tourist season (I suspect there are plenty of cancellations in 5 star resorts…) this could be the right time to ask: how are elections won nowadays. Is it only the votes that counts? Or does social media superiority, which is nothing less than the understanding of current communication trends and technology – often with outside interference – actually determining most democracies’ fates?

With these questions in mind it is worthwhile reminding ourselves how we’ve got here.

I can’t recall a time when Italians believed a government would last its full term. Italy’s apparently chaotic political life has become a cliché, like how beautiful everywhere is to visit, but try living there…

Youth unemployment hit 49% as of Feb 10, 2021 in the southern region of Calabria, with the national average of 29.7%. Deeply entrenched divisions in wealth distribution between North and South and the ever more precarious nature of employment often determines whether an area or a community can lift itself out of poverty, or is the first to feel the weight of any crisis, whether it is Covid lockdowns, inflation, housing, energy or hunger. The latest available figures show that roughly 19% of the Italian population is now at risk of falling into poverty.

Despite these bleak figures Italy’s economic recovery after Covid-19 was promising, but after the fall of the 5 Star and Democratic Party-led government thanks to a typical palace coup – compliments to Mohammed bin Salman best friend, the Saudi-funded, Matteo Renzi – again a capable leader is needed.

At that point, the authority of a brilliant surgeon was called for in a code red emergency to save the country from spiralling doom. Someone who it was claimed saved the Eurozone from the apocalypse with three words. Someone whose position as Prime Minister seemed like a personal sacrifice, almost a burden to endure in the name of patriotism. In an atmosphere like a coronation, Mario Draghi came to power after the most prestigious career one can think of at the highest echelons of world finance and international banking.

In order to avoid early elections, President Sergio Mattarella called “Super Mario” to the rescue, with a mandate to form a broad coalition of national unity.  I remember when Draghi first addressed the Senate as Prime Minister: “Today unity is not an option, it is a duty”, he said, as he prepared to lead one of the broadest coalition ever attempted in Italian political history.

He indicated that Italy is doing just fine, will survive the operation, but that a long recovery period lay ahead. We just needed to be reasonable and support a government of “National Unity” where almost all the political forces were expected to support it from both chambers: Almost 90% from the chamber of deputies and 85% from the senate.

Encompassing Matteo Salvini’s Far-Right Lega, Enrico Letta’s center-left  Democratic Party, among others, along with a dash of Berlusconi’s Forza Italia and the Populist 5 Star Movement.

In case you are wondering, there is no definitive consensus as to whether the 5 Stars is left or right wing. This changes depending on where the criticism is coming from.

Its leader, and deposed Prime Minister, Giuseppe Conte, had to share the cabinet table with Matteo Renzi’s Italia Viva – the main instigator in the downfall of the previous government.

What could possibly go wrong?

The only remaining opposition came from a few small parliamentary groups, mainly independents, and Giorgia Meloni’s Brothers of Italy, which is now the strongest far right political party. They are not fascist, or so they say, but it isn’t difficult to find nostalgic sympathy for His Excellency Benito, or even Adolfo, among followers, right up to some of the leadership, as was revealed by last year by FanPage, and is well explained by David Drover in the NYT.

Mario Draghi was, and still is, the leader of a party that does not exist yet he retains extensive sway over how Italy is governed. One can almost recognize a cultist aspect projected by his persona, and now by his ‘agenda’, which has filled the void of political vision formerly filled by both left and right factions.

Now a strange mix of old faces ranging from Enrico Letta, to the former leader of the 5 Star Movement, Luigi Di Maio – and even some ex members of Forza Italia – are his disciples available to spread the word.

In very simplistic terms the unified message that triumphed with Draghi’s government is that the country would not survive without a broad, caretaker government, led by who knows, and that the vast majority of civil society has a moral duty to support him, “Whatever it takes”. Says who? Is that NATO on the line?

The current crisis can be traced to what was the largest party in parliament – until its recent split – the 5 Star Movement, simply attempting to present certain amendments to the bill “Aiuti” or “Help”, to the government, that they deemed necessary in areas such as welfare, tax, ecology; as well as attempts to reconsider Italy’s role in the context of the war in Ukraine.

A range of polls since Russia’s invasion reveal that about half of the Italian population does not support weapons being sent to Ukraine. It’s only natural that political factions seek to capitalize on popular opinions, as much as it would be naïve to believe foreign powers, be they Russia, China or NATO, wouldn’t be attempting to exert influence, especially at a point such as this.

This approach by the 5 Star Movement was apparently ignored, leading to the government’s fall, and to the Lega and Forza Italia seized the opportunity to call for an early election.

It begs the question: why shouldn’t the largest party in government demand reforms for which it has a mandate?

This current crisis could actually be a long delayed awakening of a political system which has remained comatose, at least since Berlusconi’s time.

It’s just a shame that an unholy trinity of Berlusconi’s FI, Meloni’s FDL and Salvini’s Lega may have the numbers to become Italy’s next government coalition. This is the equivalent of Le Pen winning in France, and will surely destabilise all of Europe. 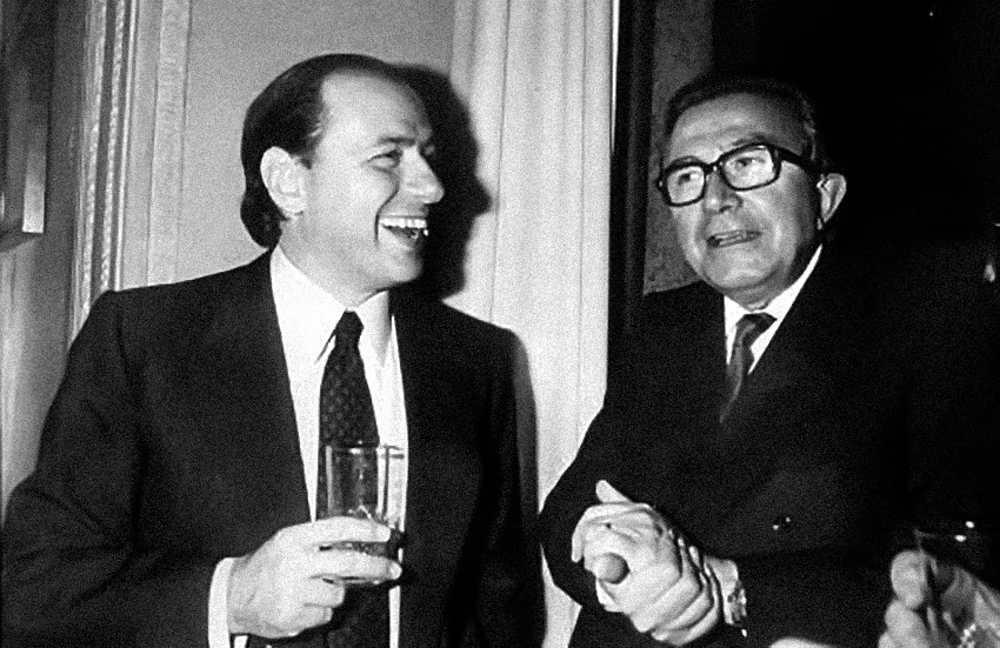 By the way, I did say Berlusconi. Guess what? He’s back! With a pledge to plant one million trees, because his party has always been environmentally conscious after all. It’s a bad case of United States of Amnesia that Italian would consider Burlesconi suitable for the presidency of the republic.

We seem to have forgotten that we already know so much about how his political ascent (and wealth) came about. At the age of eighty-five, he is looking forward to becoming President of the Republic, even while he is still under investigation for his past connections with Cosa Nostra.

Then again, while he was Prime Minister Conte secured an EU Recovery Package worth about €220 billion, which is expected to flood Italy’s economy with money in the coming years. Who else should we trust to manage this if not the same people, or their disciples, over and over again?

At all times, we may safely assume, with the approval, or background manoeuvring, of a foreign actor.

Is that NATO (or the US government) on the line again there?

We are an independent media platform dependent on readers’ support. You can make a one-off contribution via Buy Me a Coffee or better still on an ongoing basis through Patreon. Any amount you can afford is really appreciated.