Did you a struggle to understand and navigate your way through events surrounding our response to Covid-19 in Ireland?  Did what at first appear to make sense, as a reasonable and decisive reaction to a dangerous virus, seem, over time, to become increasingly absurd?

Even cursory examination of the data shows large inconsistencies in our response, which at the very least warrants further investigation. The facts and primary data kept pointing to a counter-narrative, very much at odds with the official line relentlessly and consistently being pushed on us from the media and official sources.

From mask mandates, lockdowns, the media campaign against Ivermectin, mass vaccination and finally and most chillingly, the vaccination of children and pregnant women. Policies did not appear to stand up to even the most basic medical or scientific scrutiny. Yet few appeared to be questioning them. Apart from a few dissenters who were cast away as heretics, there was a complete absence in traditional Irish media, or the medical and scientific communities, of scrutiny or challenge.

So we now find ourselves, almost three years from the start of this unprecedented event, in a world that seems to want to move on, and forget what happened as fast as possible. There is little appetite for reflection, or any possiblity of individuals acknowledging mistakes and suggesting we will respond differently in future.

Indeed, in a recent interview on RTE’s Brendan O’Connor Show, when gently prodded by the presenter as to whether we might have been a bit stringent, Professor Luke O’Neill claimed ‘the only option we had at that time was to lockdown’ in March, 20202, otherwise ‘a lot of people could have died’. As this was on radio it was impossible to know whether he was saying it with a straight face, but he is surely aware that Sweden, despite refusing to lockdown, had one of the lowest death rates in Europe over the course of the pandemic.

Across the political spectrum, there is almost complete denial of errors and even less appetite to take responsibility for the long-term consequences of policies. Yet, as more and more facts emerge showing the fundamental flaws in our response to Covid 19, the larger questions that remains are: why did policies that were clearly not in the public’s best interest become government policy, and how did this come about?

Unless we understand why this happened the questions on how it was handled will be candles in the wind. Untethered to a motive it makes no sense. This requires an understanding of context and motive.

Mattias Desmet’s theory of Mass Formation offers an extraordinarily insight into both why and how this kind of event can happen. Desmet, a Professor of Clinical Psychology at Ghent University, draws on his clinical experience of the behaviour of crowds and group think, as well as the work of others in the field, in particular Hannah Arendt.

Unsurprisingly, Mass Formation and its role in our response, did not occur as a result of Covid nor is it the first time in human history it has happened. The roots and causes have been emerging  for many years with the growth in what Desmet describes as the mechanistic society.

Since the Industrial Revolution began in the late eighteenth century, the Western world has seen continuous improvements in wealth, living standards and health. No matter what the problem, there seems to have been a scientific solution or medicine to solve it.

However, we have become increasingly averse to risk and uncertainty as technology has solved problems and cured illnesses.

In parallel, the steady decline in organised religion and a spiritual dimension to our lives has left us increasingly adrift and rudderless. We have been left without a north star of substance, dependent on a mechanistic world to deliver food, entertainment and pleasure in never-ending supply.

In that mechanistic world there are no grey areas. There is either a solution or no solution. The application of the mechanistic model to social and philosophical questions has left no space for ambiguity. The nuances and complexity of life that our poets express is lost in a world where you are either right or wrong.

It is within this social milieu that Mass Formation can occur, but for it to take hold requires a number of specific conditions. Desmet outlines the first condition as generalised loneliness, social isolation and lack of social bonds in society.

The digitalised society we live in has given us immense connectedness with our fellow humans, from next door or the other side of the world, but the quality and texture of that connectedness does not compare to direct human-to-human contact, which we have been drawn away from.

That lack of connection to a religious or spiritual grounding has left people in a constant state of underlying anxiety. Desmet talks about the vibrations of a people and how this anxiety is a constant in their lives, as evidenced in the relentless increase in the use of antidepressants and anxiety medication.

The global market for antidepressants in 2020 grew from $11.7bn to $14.9bn representing a 28% increase in a single year. At a time when we have never had such abundance, we have never been more unhappy. The more we own and can do, seemingly, the more unhappy we have become. The connectedness, sense of purpose and spirituality we enjoyed, has been replaced with an ‘always on’ digitised anxiety.

Finally, there is the search for meaning in life. As our worldly needs and desires are met, we are confronted with a more fundamental question as to the meaning of our lives. The connectedness we had in the past, where we interacted with the people who manufactured a product or povided a service has almost completely disappeared. Most of us are now small cogs in the global supply chain. We are part of a mechanistic world, which seeks efficiency and productivity, but which leaves the human cogs feeling soulless and lost. 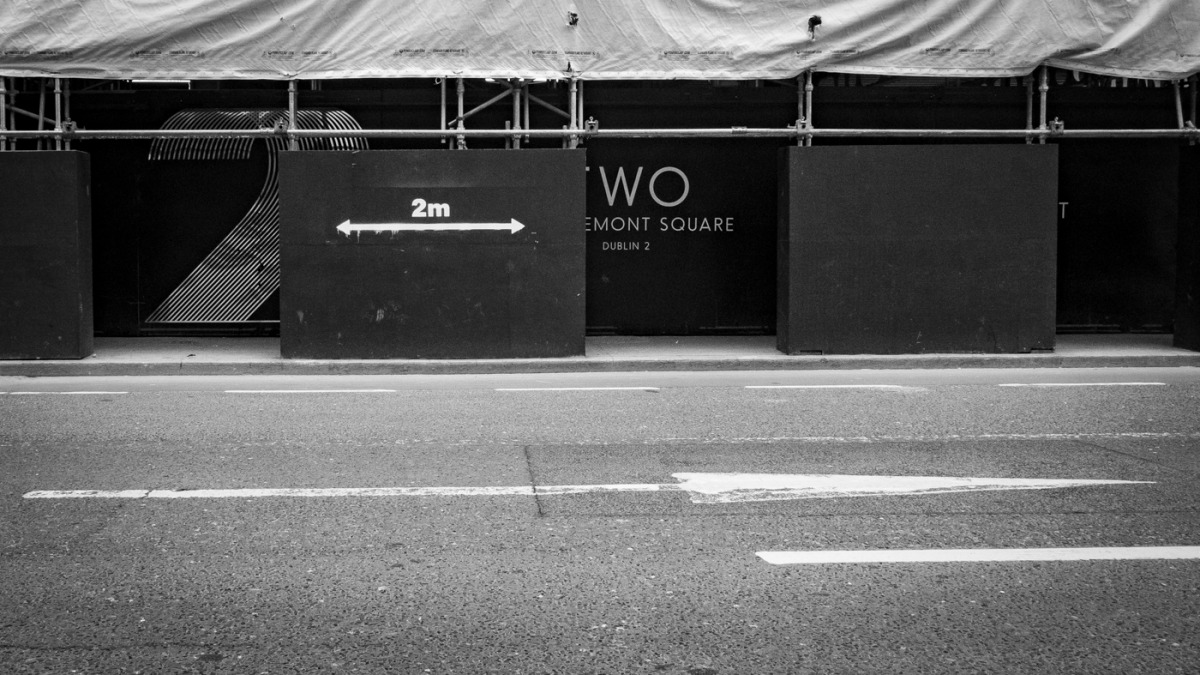 So how does Mass Formation emerge from this world? Desmet describes how the catalyst for Mass Formation can be a suggestion or story in the public sphere. With society so conditioned, any suggestive story causing anxiety and fear can be the ignition point. The process leads to psychological gain. The anxiety that roamed through society like a fog can attach itself to a specific cause. It is no longer free-flowing but has a cause to attach to and draw energy from.

As the level of fear increases, the cause developing it draws in the masses with a call to solidarity and collectivism. Those refusing to participate are accused of lacking solidarity and civic duty. “You don’t want to kill granny” was levelled against offenders as an unarguable fact that only the most callous would ignore. As the Formation deepens it no longer relies on facts or data. The masses believe the story, not because it is accurate, but because it creates a new social bond. 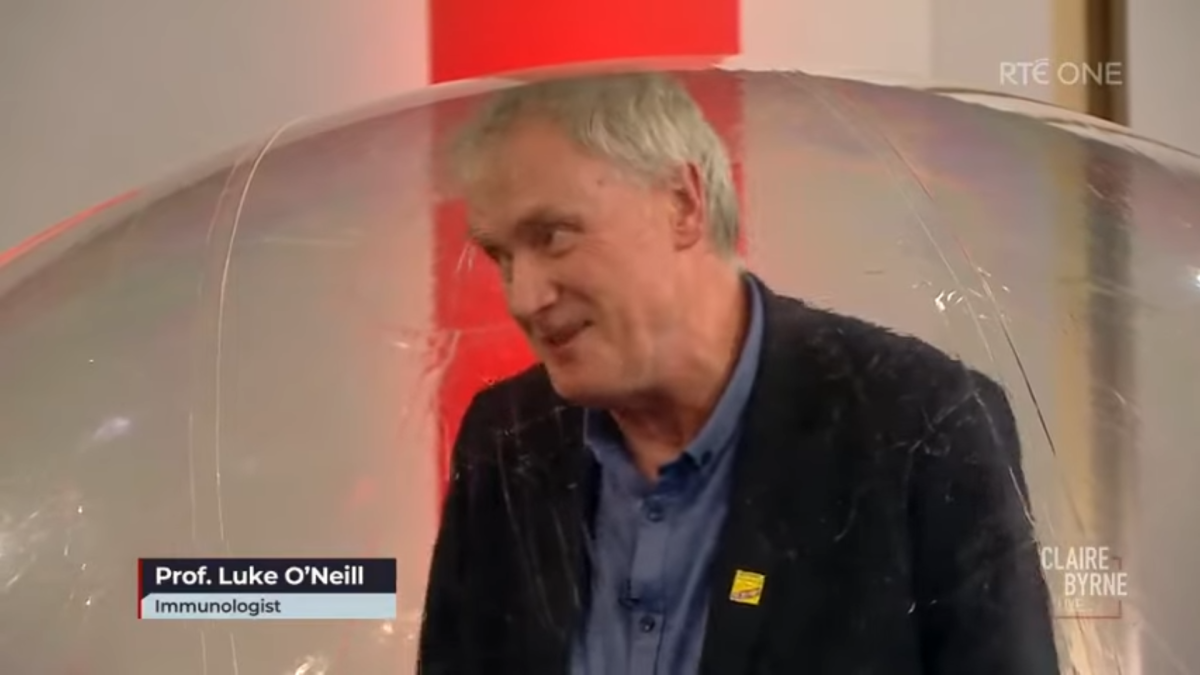 The psychology of crowds is well researched and to those that ask well ‘surely all the doctors and scientists can’t be wrong’  one can point to the well-known conformity experiment by Solomon Asch. Participants are asked which line from A B or C is the same length as Exhibit 1. The experiment is set up with a single participant in a group of 8 where the other 7 members are Asch’s employees. The 7 employees declare that line B is that same length as 1. Faced with the pressure of the crowd 75% agree to what a blind man could see to be untrue. Group formation is more important than the accuracy of the story. 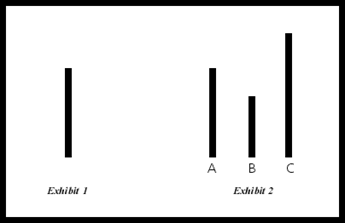 Enemies of the People

Finally, the masses need an enemy. The dominant group needs to contrast the virtues of good citizens with the demonic followers of a counter-narrative. Pent-up frustration and aggression are released. Those that do not go along with the Mass Formation feel the brunt of this behaviour. There evolves a rapidly reduced empathy and intolerance towards those not in the group.

Statements from public figures that those who choose not to take vaccines should be denied hospital care were greeted by the mob with relish. Ursula von der Leyen, the EU Commission president stated in Dec 2021 that the “EU must consider mandatory vaccination”.

The Nuremberg Code of 1947 and codified into law by the UN in 1966 was built on the principle of informed consent, yet this fundamental human right was jettisoned without debate or question.

Statements from ‘liberal’ Prime Minister Trudeau in Canada and Ahern in NZ intimating they would make the life difficult for the unvaccinated difficult contained an explicit menace and threat that is not normal in our society. It betrays a shocking abuse of power.

Frank Armstrong reviews a new book on the Irish government's response Covid-19 and wonders whether it will be said once again: “We didn’t know, no one told us”https://t.co/vikPQsuFMa @broadsheet_ie @danieleidiniph1

So, the remaining question is whether those in power knowingly planned and executed the greatest breakdown and dismantling of some of the most cherished values in Western society? Was there a master plan with covert meetings and messages shared among the key players? The answer is probably no, or at least that’s not necessary for it to happen in what appears to be a cohesive manner.

The world was ripe for a Mass Formation and the leaders of the Western world, one by one, consciously or unconsciously, seized on the fear and anxiety that Covid generated to exercise extraordinary power.

They stood by and allowed power to move from elected officials to technocrats who previously held no authority. Their technocratic authority, Holohan in Ireland, Fauci in the US, Whitty in the UK, made them unchallengeable. The most benign questioning was met with a cry of being anti-science and idiotic.

Hannah Arendt used the term the ‘banality of evil’ to describe the dull bureaucrats who participated in the Holocaust, and who wielded extraordinary power without a moral or ethical compass. They were just following orders. There may not be a conscious awareness of the harm being done, as most of these technocrats, and leaders, will have bought into and have been victims of the Formation themselves. What they were conscious of, however, were the levers they could exercise to deepen and extend it.

As soon as it started it became very obvious, they could exercise almost unlimited power over the public without challenge. Almost no force was necessary. The number of occasion where police were needed to enforce lockdown rules were very rare. Mass Formation ensures self-governance. Those who disagree are forced by the crowd to comply or face being banished as outcasts.

So where to now? Covid has subsided for now, but the costs and damage have yet to be fully accounted. It  will take many years to tally that human suffering and the financial bill. It may require the current actors to leave the stage to allow the facts to become readily available, and for the public to see the full tragedy of our self-inflicted wounds.

The possibility arises that this will reoccur in the event of another pandemic. Are those who tasted almost complete power really satiated?. Unfortunately it’s hard to imagine the crack-cocaine-appeal of that kind of power will not draw them in again. The question is what event will they weaponise, what fear will they jump on as the catalyst for the next Mass Formation and the return to a totalitarian regime?

The Psychology of Totalitarianism by Mathias Desmet. Chelsea Green, London (2022).