Antiga, Mui Nobre, Sempre Leal e Invicta, the city of Porto, a place so magical, strong and with such welcoming people, full of life and undeniable beauty, alas did not avoid the pandemic. Today it is one of the epicentres of the contagion in Portugal.

For anyone who have been living in the city for the past five years, you can see a constant evolution and growth in several respects, mainly social, cultural and financial.

Now all this prosperity is in jeopardy due to the lack of tourism, immigrants and businesses producing taxes for the government; so Porto and Portugal, which depends mostly on these earnings, faces an arduous period in this global crisis.

The Portuguese city that won the title of best European destination in 2019, and which is one of the most popular destinations for Erasmus students in Portugal is today empty, and filled with the deafening silence that roams the empty streets of the city. 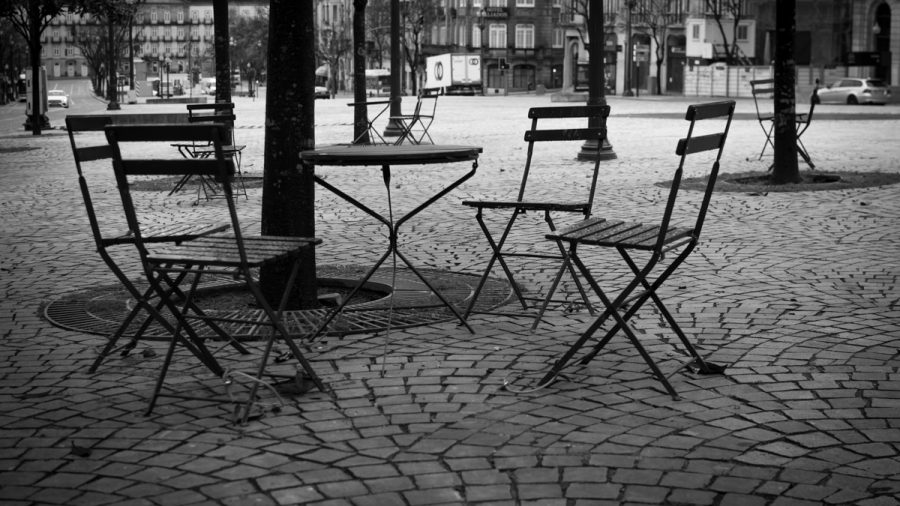 I used to work in the city centre, and during my bicycle commute I would pass through the busiest streets and avenues of the city, where hundreds of shops and university faculties were full of people, who create the rhythm to these neighbourhoods.

Now walking through those same places I passed by on ‘ordinary days’, I can see the extreme change the pandemic has caused in its journey through Porto: the people and stores I saw daily are no longer open as a ghostly atmosphere remains throughout the day.

It is sad to see this charming city this way now because in addition to its natural beauty, it is the people that give life to the place. During this crisis, what we see are great idle spaces waiting for everything to return to normal, with people only able to dream of a freedom they took for granted.

Despite the feeling of emptiness hanging over the city, Porto was one of the first Portuguese cities to apply a rigorous lockdown, with streets famous for their bars and clubs hurriedly closed to avoid crowds and possible contagions, thereby reducing the damage that could have been done. 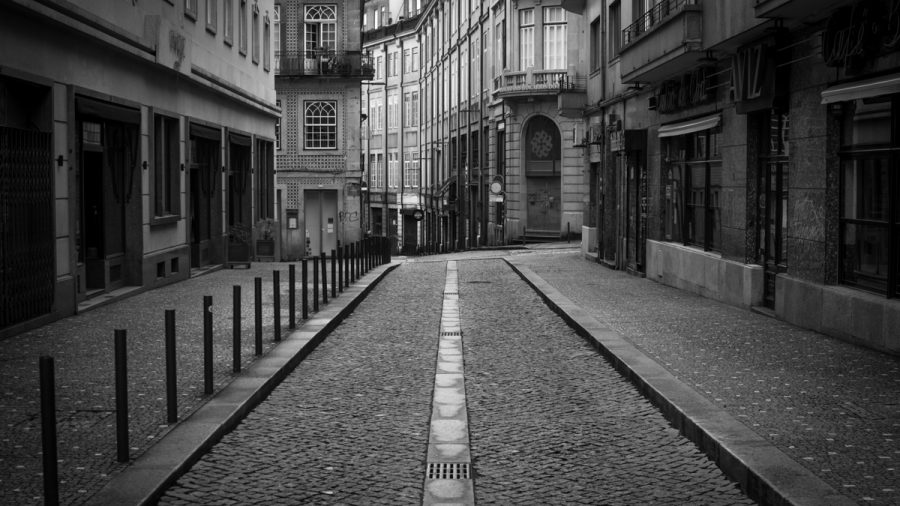 In the few days that I have been out to the market or to use public services, it seems that the majority of the population are following strict social isolation and other measures to prevent the spread of the virus.

The change in pace of the city and people’s habits is remarkable; we can see this in small acts of daily life, such as taking public transport, which is the opposite of what it had been: now buses and trams are full of empty seats.

One of the measures first adopted was the deactivation of charging stations for tickets at all bus stops and subway stations so that people would avoid having to touch them, thus making all trips free. Yet all these are empty at the moment, or with few people waiting around for public transport. Those who still travel are keeping at a safe distance from one another. I see a bit of despair in their eyes, the only feature you can make out from their masked faces.

It is disturbing to think that a few months ago our lives followed the natural course of existence; I never imagined I would live to witness an event of this magnitude in the world, and I believe that none of us were prepared for such a change. A feeling of helplessness and insecurity is in the air with the virus. 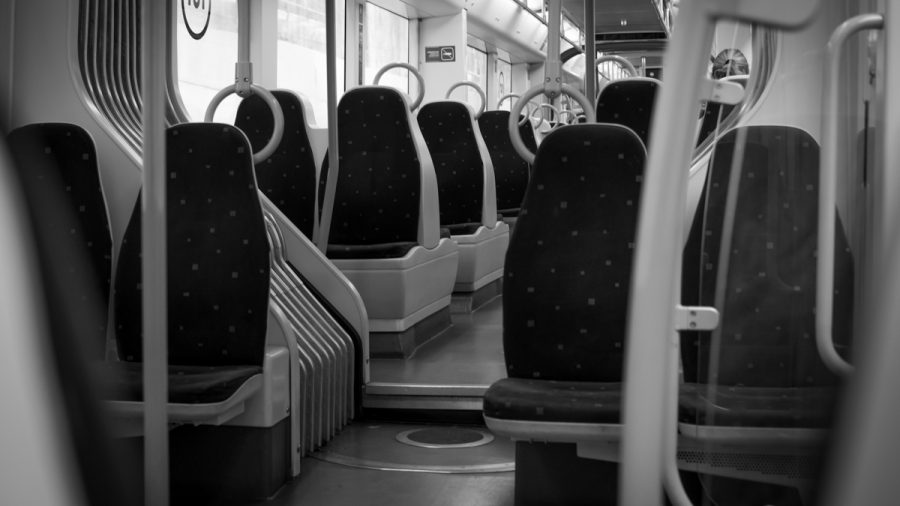 I’ve been spending most of my time indoors, moving from one room to room to the next, trying to break the monotony. These days I realise that one of the sunniest places in the apartment is in the laundry room, a small space that barely holds two people, but it provides us with a view over the street below, and a little sunshine, except when it’s raining.

Sitting in the laundry, in between thoughts, I stop to have a coffee and observe the neighbourhood. The only movement I can make out are people coming home with shopping bags from the supermarket, and dogs taking their owners for a walk.

These days I also notice that the trees in front of my apartment are full of birds, dozens of them, which spend their days singing, and coming and going between branches. This may seem like a cliché, but I envy the freedom of the birds have to come and go as they please.

In the days that I went out to take the photos for this article, I was sure that the city had been taken over by pigeons and seagulls. I definitely saw more of them than usual in the squares and gardens!

The few people who venture to the squares share the space with the birds and the solitude of a city that has always been synonymous with joy and strength.

What I, other immigrants, and the Portuguese hope is that we can return to the life we had before, and be able to leave this prison, without bars, that our homes have become. While we try to renew ourselves, the city is still and visibly lacking the energy and joy of the local population.

What is most intriguing in this situation, at least for me, is that we are trying to reinvent ourselves. For example, I have started to cook a lot more during these days of confinement, learning new recipes, in addition to adapting the house for new activities we never used to do at home, like dancing and exercising.

Despite everything I believe that together we will overcome this difficulty, which is happening on a a global scale; staying at home admiring the birds and their songs that echo along with an inaudible cry for freedom from the citizens. 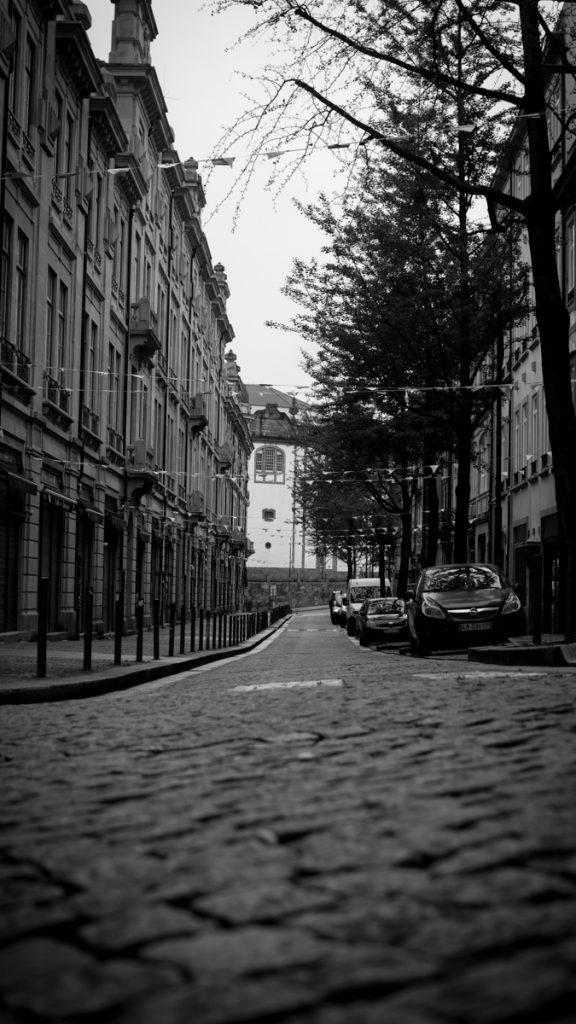 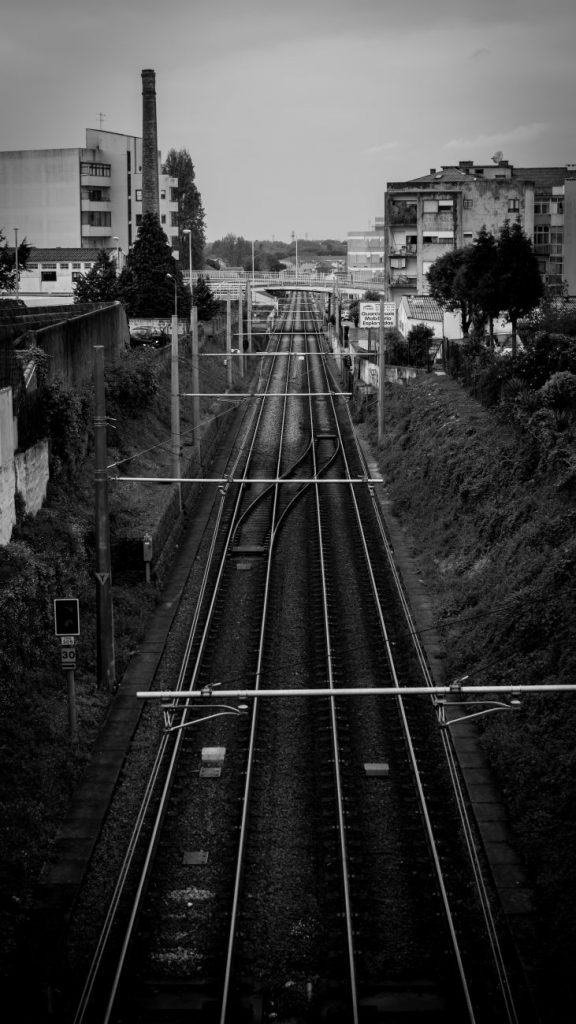 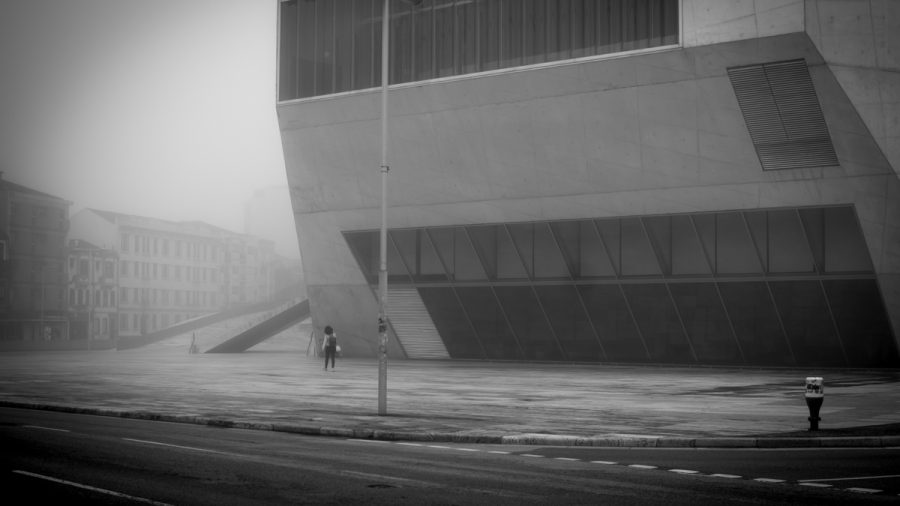 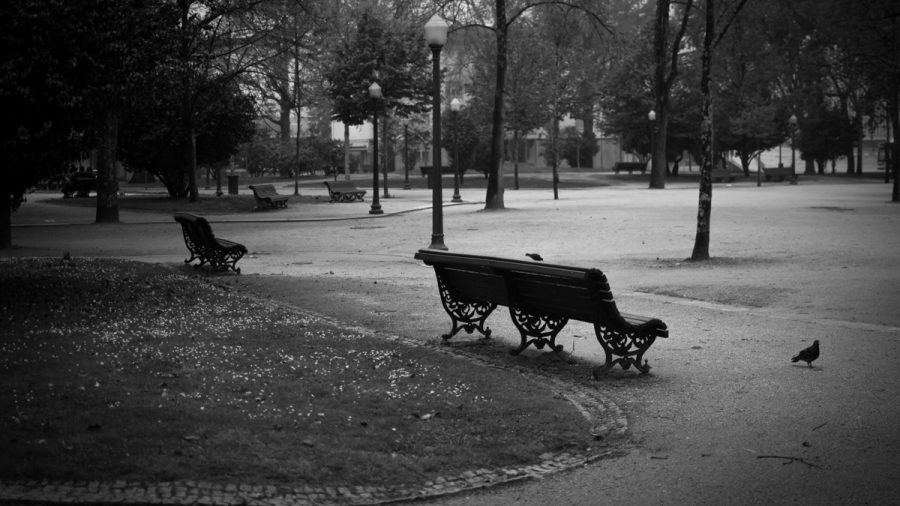 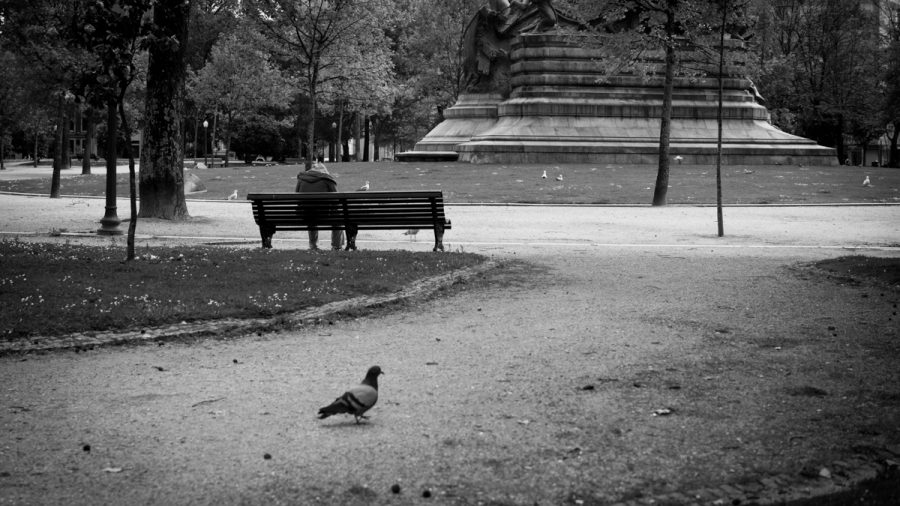 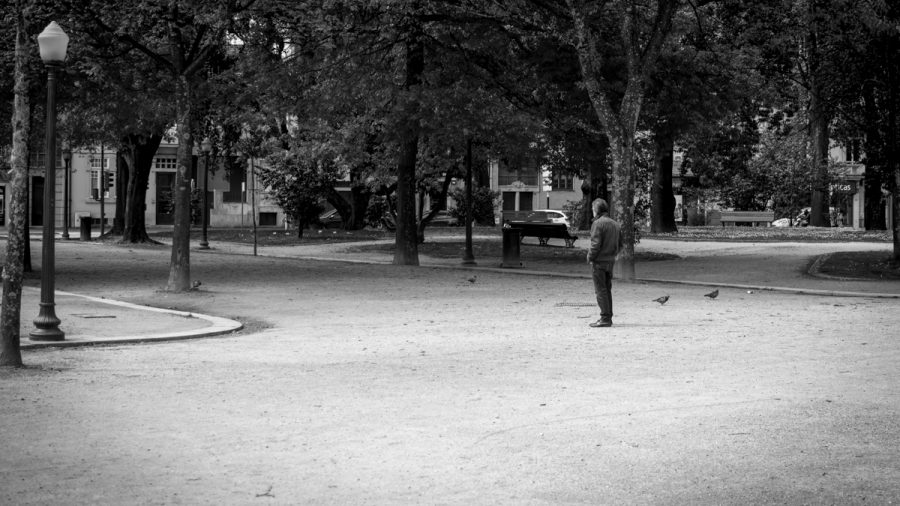 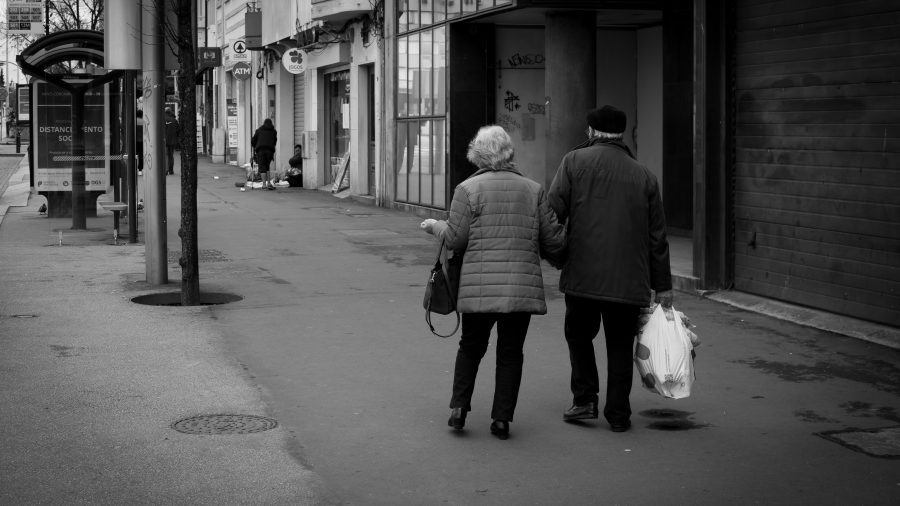 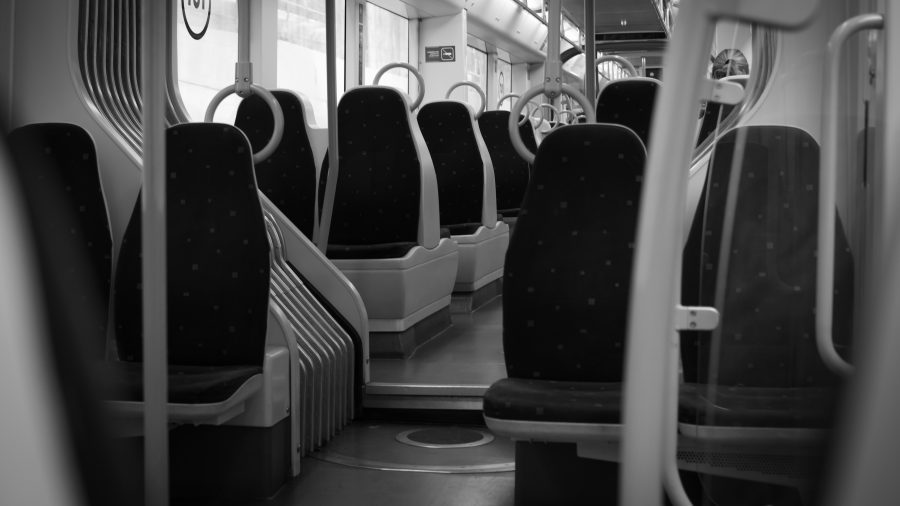