Often overshadowed by his elder, Nobel laureate, brother W.B., Jack Butler Yeats occupies an exalted position among Irish painters. ‘Jack B. Yeats: Painting & Memory’ is a new exhibition in the National Gallery commemorating the one hundred and fiftieth anniversary of the painter’s birth, and exploring a stylistic evolution that draws on both Irish and British scenes.

Jack was born on August 29th, 1871 into a marriage of two Irish Protestant families, the Yeatses and the Pollexfens. Whereas the Dublin Yeatses embodied a faded aristocracy, priding themselves on genealogically questionable claims of descent from the Dukes of Ormonde, the Pollexfens were of a more recent vintage, having come to Ireland in the eighteenth century, finding prosperity through their shipping interests.

Each of the surviving children of moderately successful portrait painter John Butler Yeats and Susan Pollexfen made significant marks in their respective fields, perhaps compensating for their father’s relative obscurity, and profligacy.

W.B. emerged as an illustrious poet, anointed by John O’Leary to lead the Celtic Revival, while Jack B. became a successful illustrator and painter from his early twenties, while their sisters, Lilly and Lolly,  set up the Cuala Press and were leading lights in the Irish Arts and Crafts movement. All must be counted as important figures in what was an Irish Renaissance of sorts that sought, partly to distinguish and partly to create, an Irish cultural identity distinct from that of England’s.

Jack’s career sailed independently of his siblings, a state of affairs conditioned by his childhood. The historian R.F. Foster writes that Yeats’s ‘childhood was disrupted by his removal for eight years to Sligo, where he was brought up in close proximity to his grandparents. This probably conditioned his artistic development; it also conferred a certain distance from the rest of the family, particularly his brother.’ (R.F. Foster, W.B. Yeats: A Life, p. 14).

Later in life, Jack diverged sharply from his brother’s political opinions, holding to an anti-Treaty stance in the Civil War, in contrast to W.B. ‘s support of the 1922 Treaty, and later service to the state as a Senator. 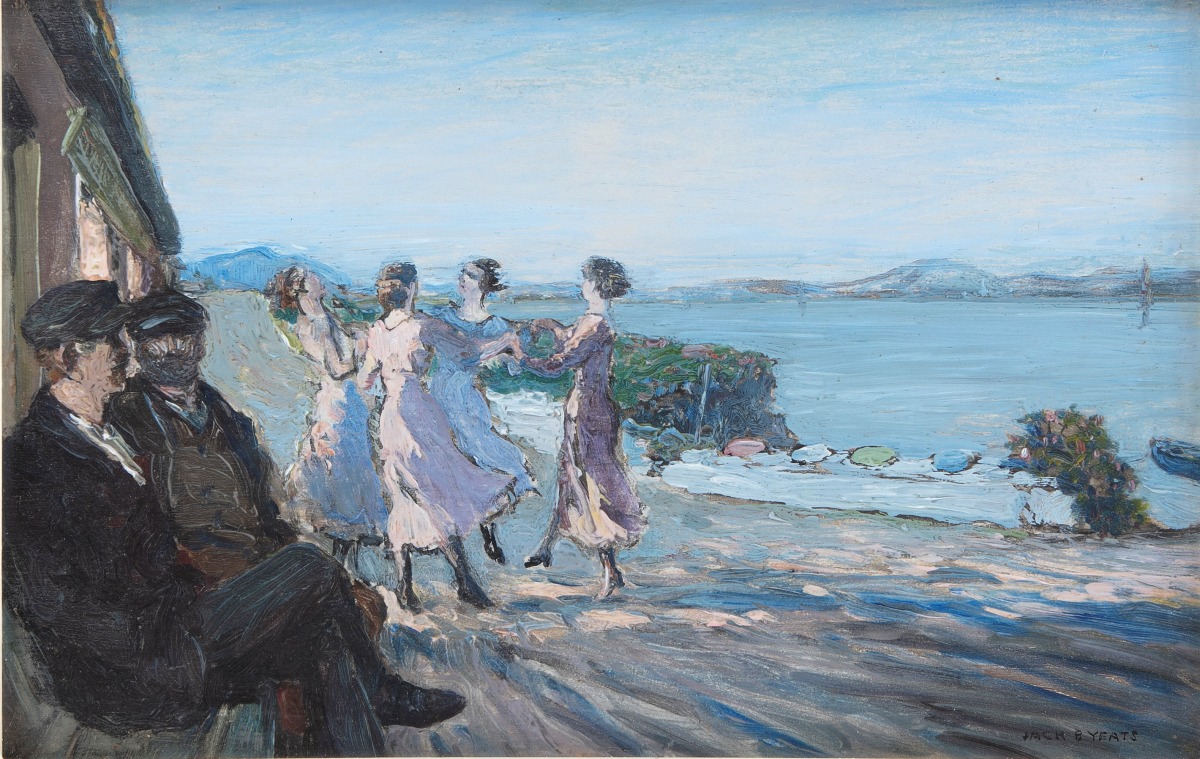 There is already a room devoted to Jack B. Yeats in the Milltown wing of the National Gallery, available to view with a free general admission ticket. Here, twenty of his paintings are on permanent display.

The new exhibition features a much larger selection of eighty-four paintings, many of which are on loan from private collections or galleries overseas. As such, it offers a rare chance to view many works that have not been on display in Ireland for some time.

I had the opportunity to speak with Donal Maguire, co-curator (along with Brendan Rooney) of the exhibition. Donal revealed the rationale for the exhibition’s lay out, including the decision to focus exclusively on his oil paintings, and Jack B. Yeats’s role in forging a national Irish identity in the early twentieth century.

After rejoining his family as a young adult, Jack enrolled in a number of art schools. The skills he acquired as a draughtsman, allied to natural ability, earned him a decent living through contributions to a number of London magazines.

At this time the majority of his output was in drawing and watercolour, often depicting the colourful side of everyday life. Country races, market fairs, and circuses feature, depicted predominantly in a realist style. His first exhibition in 1897 won him immediate acclaim from sketches and watercolours, depicting bucolic ‘scenes of racing, boxing, fairgrounds, cider-making, children, and animals.’ (Bruce Arnold, Yeats, Jack Butler, Dictionary of Irish Biography).

Near the turn of the century, Jack married Mary Cottenham White, who he had met while at art school. The young couple eventually chose to settled down in Ireland. Unfortunately, depictions of equivalent scenes from Irish rural life did not meet with similar success. It was not until the 1920s, after Ireland’s independence brought a greater appetite for articulations of Irish life and characters, that Jack’s career took off.

Jack began to take a serious interest in oils only after settling down in Ireland. After adopting the medium, however, it became his dominant artistic language. From the 1920s onward, his manner of painting became increasingly tactile and expressionistic, inspired by the Modernist movement. By the end of his life, he was producing vast canvases in oil in a highly idiosyncratic style, with increasing recourse to esoteric subjects from folklore and mythology.

With such a clearly definable narrative arc to his career, it is common for Jack B. Yeats’s work to be exhibited in a manner that emphasises his development from sketches, to watercolours, through to increasingly expressionist oil paintings. With this exhibition, however, Maguire and Rooney saw an opportunity to take a different tack

“We decided very early on that the show wouldn’t be hung chronologically”, Donal Maguire informed me. “Exhibitions give you the opportunity to look across a practice and see connections that are twenty, thirty, or forty years apart,” he said.

The theme of memory was chosen as the central focus of the exhibition. Oil was the material Jack B. Yeats painted with during the final half of his career, and paintings commonly feature scenes drawn from earlier periods in his life, particularly the experience of growing up in Sligo.

A non-chronological approach to laying out the paintings serves to emphasise the associative, non-linear quality of memory.

“Memory isn’t a linear thing,” Maguire observed. “It’s relational. You connect things from across different periods of your life. Certain things pop out, or are remembered more strongly than others.”

In each of the five rooms of the exhibition, works from different decades of Yeats’s life engage in a fascinating conversation with one another. The most striking example is the sequencing of ‘The Barrel Man’ (1912) and ‘Humanity’s Alibi’ (1946). Without the earlier, realist depiction of a rural festivity, involving a man fighting off sticks being aimed at him from the safety of a barrel, the origin of the expressionistic painting of the 1940s, with the headscratcher of a title, would be difficult to fathom. The remarkable ‘The Public Letter Writer’(1953) appears to be an example of what Maguire means by certain memories standing out more than others . He notes that this painting was “painted from a memory fifty years earlier that he never sketched. It was a memory of seeing this person on the street in New York, and fifty years later he decided to return to it.”

The vagueness of memory is conveyed by the hazy, almost hallucinatory character of the painting. The figure is less a real person than a character from a nightmare. Whereas the expressive depiction of the figure in ‘Humanity’s Alibi’ suggests a memory that has been mulled over beyond the point of reason – overloaded with metaphorical possibilities – the manner of ‘The Public Letter Writer’ is for Maguire suggestive of “a memory which isn’t fully formed.”

This is achieved through a particular technique according to Maguire:

He painted with thick paint, but also with very thin paint. It’s the contrast of the two that gives it this interesting effect. You have very thin brushstrokes, or dry brushstrokes, and then suddenly a very thickly applied stroke over it. There’s interesting layers of paint there, that seem very fragile at times, or without much structure, but they’re all held together by an overall picture. Exhibitions of this sort require years of preparation. Ideally, Maguire told me, a three year lead in is required. It is thus difficult to read topical applications into its staging.

Before the interview, I had wondered if the exhibition of a quitessentially Irish artist was related to a  drop off in foreign visitors to Dublin since the COVID-19 pandemic. As it happens, it is fortuitous that the National Gallery is giving Irish people a chance for introspection.

While the theme of memory reflects the preoccupation of the subject in Jack B. Yeats’s paintings, it also provokes us to interrogate what role the painter occupies in our cultural memory.

Jack, B. Yeats now occupies a rarefied position in Irish culture. His works are on the Leaving Cert Art curriculum, just as you’ll find his brother on the English curriculum. This stature was not self-evident in his own lifetime, however.

Bruce Arnold writes bluntly of Yeats’s career in the 1910s: ‘His work did not sell. From a professional point of view his and Cottie’s decision to settle in Ireland had not been a success.’ Even after critical acclaim in the 1920s, ‘the resources to buy [artwork]were thinly spread in Irish society at the time, particularly those interested in modernism, and Yeats’s work did not sell at all well. His output, substantial during the 1920s, fell off in the following decade, and in a mood of self-doubt he turned to writing.’

It wasn’t until a successful 1942 exhibition that he came to be regarded as a great Irish artist. Even then, his reputation declined after his death in 1957, until it was revived by a significant National Gallery exhibition in 1971.

Fifty years on, the artist is still celebrated, but for perhaps different reasons than in the 1940s. We may still appreciate his ground-breaking work that reacted against sentimental nineteenth century depictions of rural life. But attention to curiosities of rural life might still be considered distasteful, even kitsch. Therefore, rather than being charmed by what may now be considered benignly nationalistic, it is the ambiguities within the oeuvre that still speak to us. Here we find the hallucinogenic letter writers; the sinister boatmen who stare the viewer down; the master of ceremonies chalky in the spotlight; an odd cast of characters that seem to stand with one foot in the thick of everyday life, and one foot in the most whimsical of dreams. Insofar as they are alien to us, these figures still have something to say.

Maguire explains Yeats’s enduring appeal to contemporary Ireland: “People enjoy the expression and experimentation and risk taking that’s in it.”

It might be this numinous quality that will ensure their longevity. “Yeats allows you to develop your own interpretation, through your own imagination, of what these pictures are about.” Maguire comments.

In many of Jack B. Yeats’s paintings, “He doesn’t give you a lot of information,” Maguire said, providing only enough information to pique your curiosity. Although “there are little clues to lead you in a particular direction, like with the title, a particular figure, or element in the picture. But there always seems to be some sort of secret there, or something that’s not being fully revealed.” 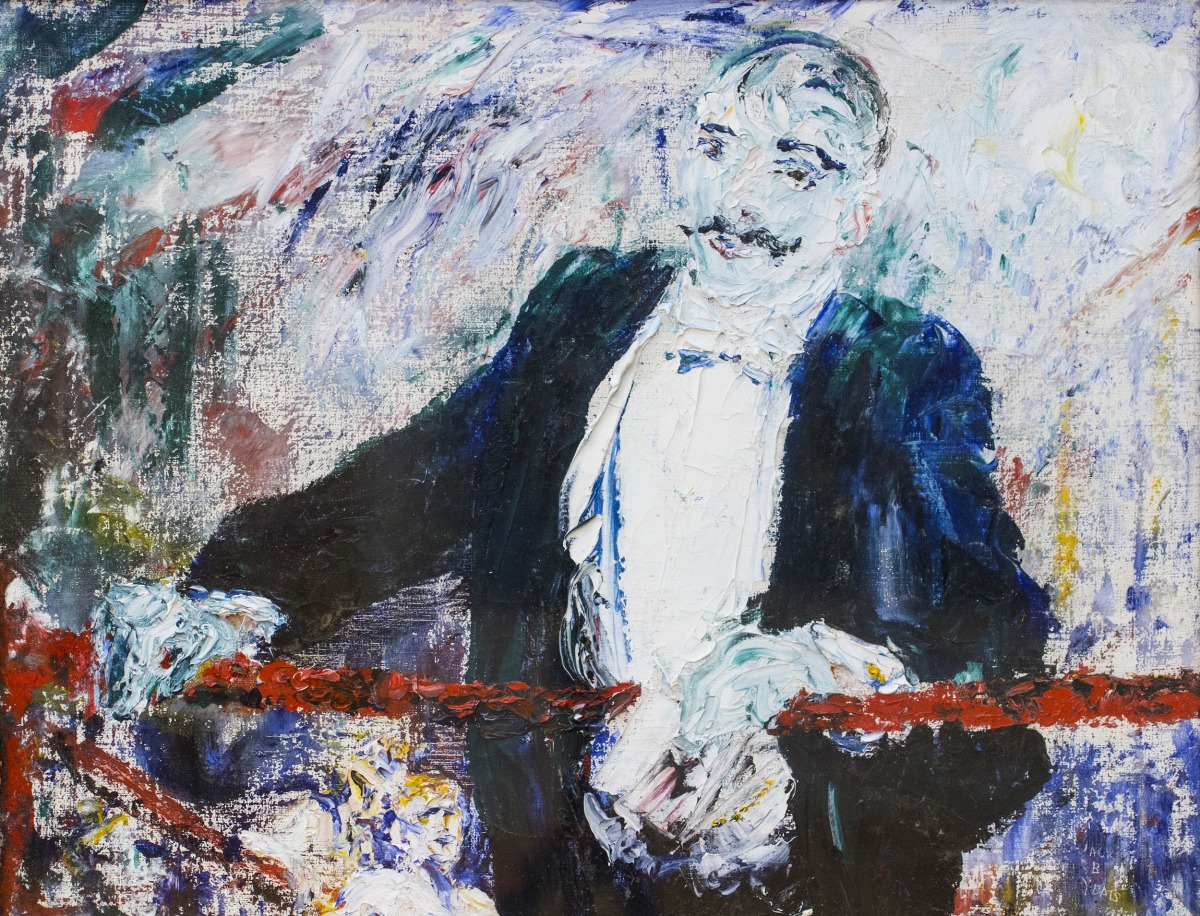 Even among those of us with visual cortexes fried by twenty-first century technologies, Jack B. Yeats’ works allow access to powerful imaginative vistas.

The use of colour at times astonishes, the character studies are fascinating, and the focus on everyday scenes allows for surprisingly personal moments of connection.

Maguire urges anyone going to avoid getting:

too distracted by the imagery of what he’s making, but allow yourself to appreciate how the painting is made as well. Not to be frustrated by, but to enjoy the technique and the brushwork, and the experimentation with the medium. How fragile it can seem, but at the same time very bold and expressive. It’s that material quality that people should really take time to enjoy in his work, because you can really lose yourself in it.

The exhibition runs until February 6th, 2022. Tickets range in price from €5 up to €17 for an adult weekend ticket. Discounted prices are available for students, jobseekers and pensioners. Tickets are significantly cheaper during the week than on weekends, and there’s even a chance to see the exhibition for free on Mondays between 11am and 2pm, if you can manage to book a slot during that period. 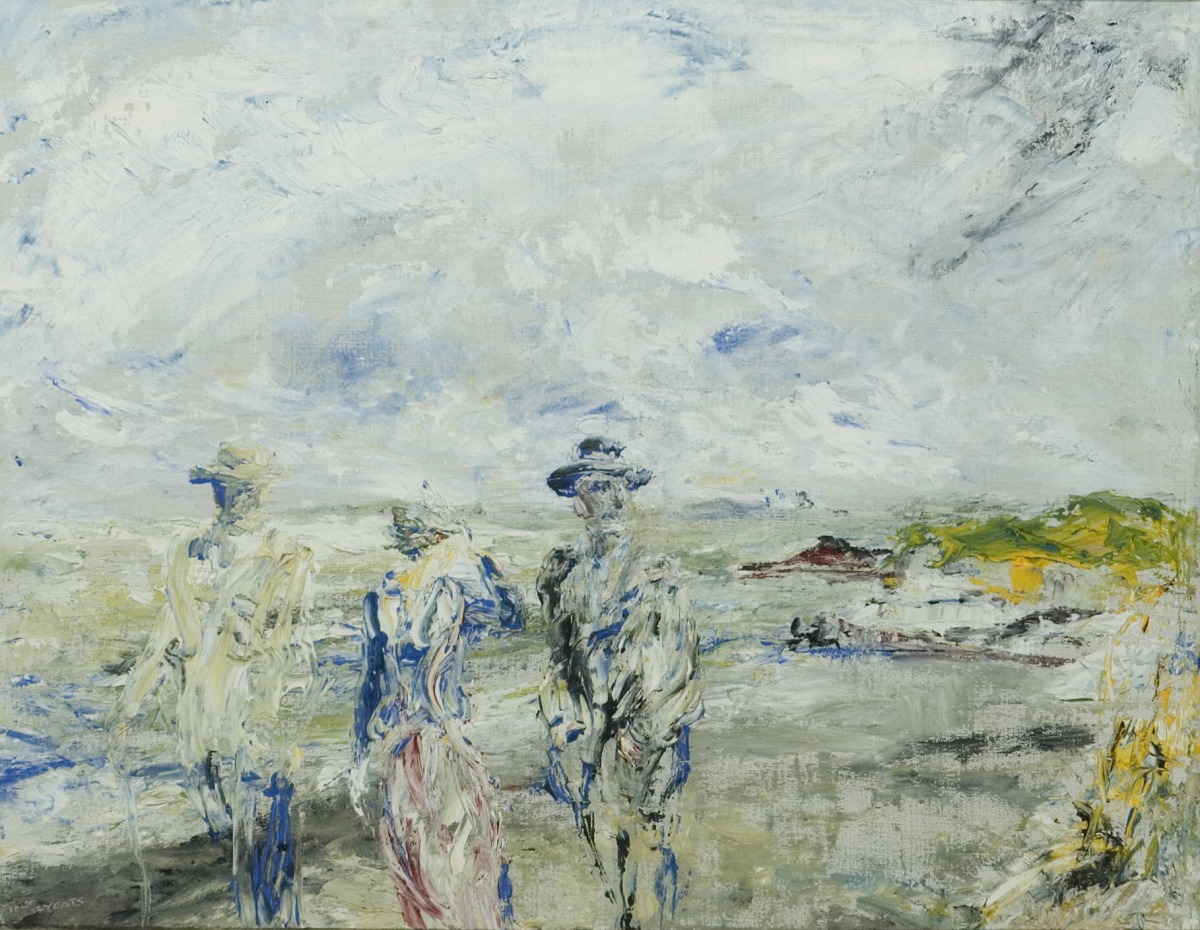