I have a mild neurosis, situated in Utopian wish-fulfillment, of the ideal that I often step in a prelapsarian coppice with slats of warm-light breaking the gentle canopy and then filtering on down through the trees to come to a swirling perceptible rest and thus luxuriating golden on the forest floor.

The morning fontanelle, in its softwarm glade, peeping out, making way for noontide, and the ossified skull pivots towards Jupiter; my dumb-wondering skull swinging gallantly to the heavens, and then back again to the social world, where the overtly self-conscious auteur can record the very thing itself, Kantian logic. Which, is, seemingly, scant upon the ground these post-modern, non-ideological – apart from vast consumerism and neo-liberalist agenda(s) – days.

Recently, I looped the meta-modernist, hyper-realist circle and reached for David Foster Wallace’s encyclopaedic, metadata novel, Infinite Jest (1996); I figured that while sedate prose is at the behest of book sellers, and publishers, means – and modes of production for the masses – I thought “To hell with this, give me a novel with shtick.” So employing a reposed epidural, I plugged into Foster Wallace’s acicular vein, man, and plunged the diviner right on into the other side.  And it is shtick all the way. 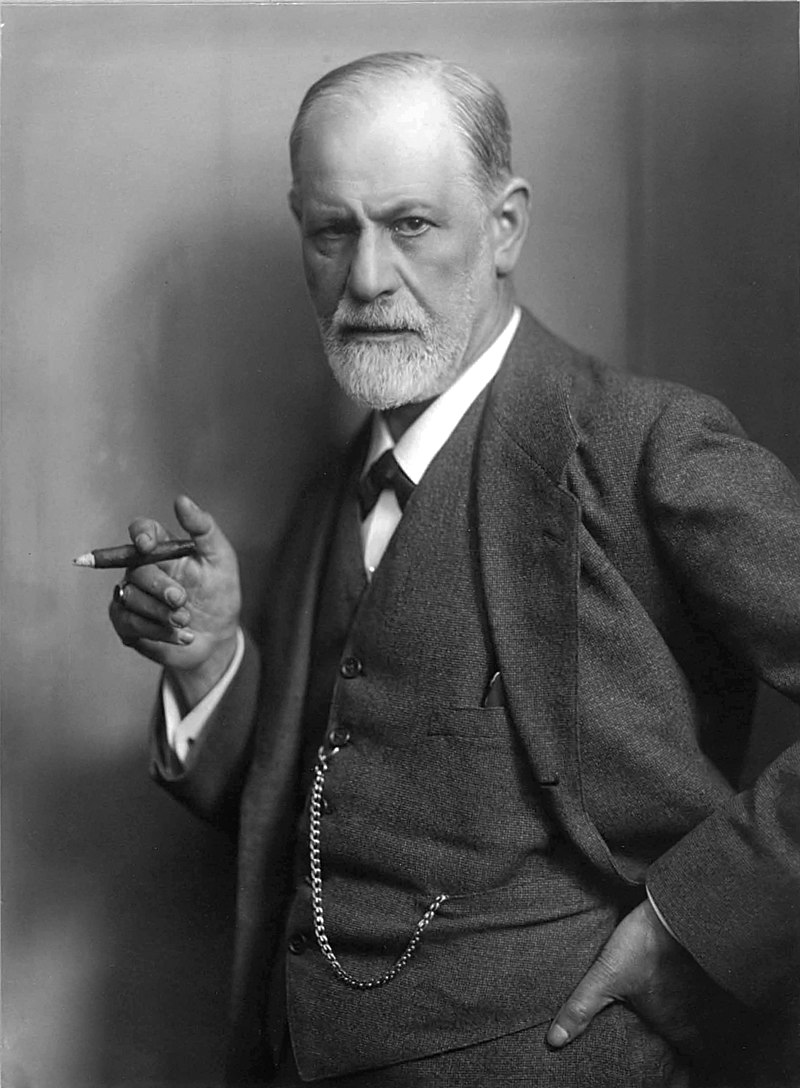 In section two of Sigmund Freud’s Civilization and its Discontents (1930) on ‘Civilized’ Sexuality Morality and Modern Nervous Illness he opens up by drawing a distinction between the ‘natural’ – rampant? –  sexuality in the human, and the subservient, moral sexual behaviour in ‘civilized society,’ which delineates into sublimation, leading to one’s efforts being thrown wholly into Art and cultural activity.

One could assert that David Foster Wallace, straddled the tumescent, guilt-ridden world of the former and then found his comfort, and solace, in the latter, where the rotating, tangible Gods are more within one’s reach if they exert themselves and actually get down to it and, libidinal energies aside, write.

On social media, namely Twitter, a few people remarked that they had undertaken the David versus Goliath battle with Infinite Jest and retreated to safe passage, beaten some two hundred pages in. I suppose this may be permissible in others but not for anyone prepared to leave their comfort zone. So, with a slingshot in hand, I strapped on my leather sandals and headed out to the dusty milieu to grapple with the colossal swinging giant.

The plot is tertiary to Wallace’s intellect and ego in flux. In fact it is pure vaudeville to the main circus, big-top act which is the intellect of Foster Wallace himself, and the pre-frontal cortex mythology which he conspires to create and then exudes, seemingly, so effortlessly.

Did Foster Wallace write a capable work? That is down to the moral subjectivity of the reader, and relative comprehension of what literature is, and how far they are willing to travel to meet such a work.

This is not a linear prose tale as we know it. What I deduced, and I have to be honest here, I skim-read some of the work, but what I was able to perceive was that a protean plot; a Joycean attempt at a quotidian epic; an idea enough to shake anyone in their cotton socks and rubber-soled plimsolls. 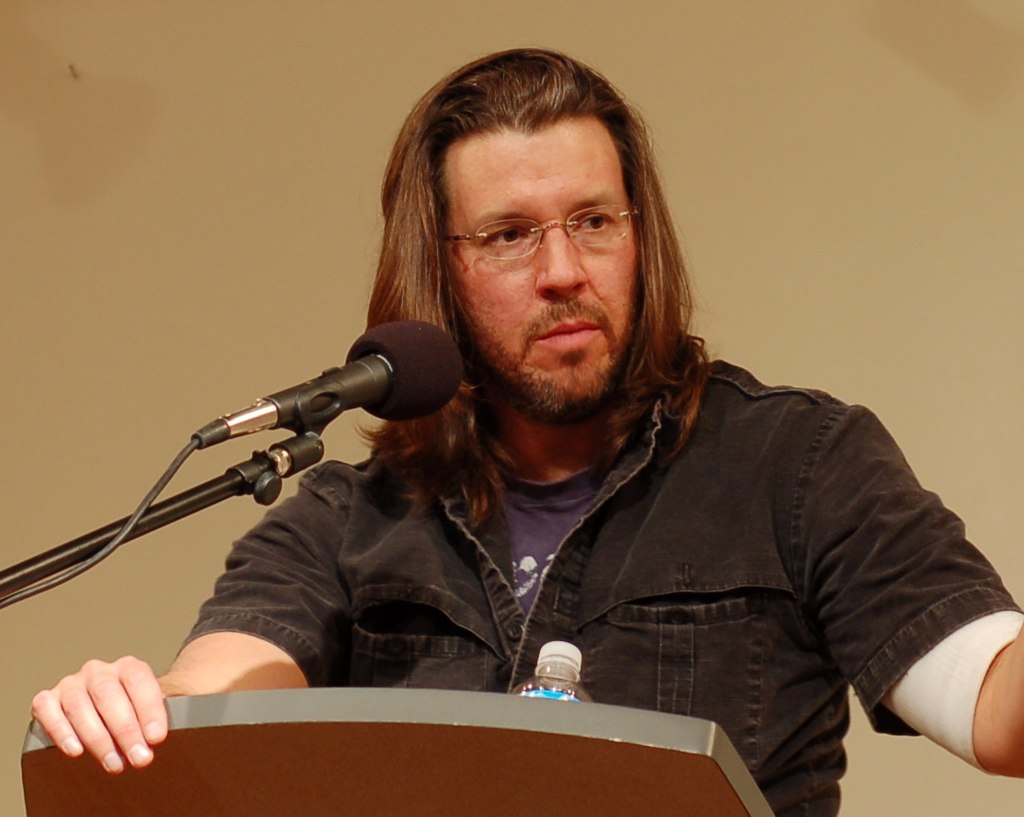 Foster Wallace’s reliance on nomenclature and acronyms are, well, trifling when you forget all the organisations he coins; we do know, for example, that O.N.A.N stands for Organization of North American Nations, a kind of dystopian superstate which is comprised of Mexico, the United States and Canada; and that the novel takes place during ‘The Year of the Depend Adult Undergarment’ Y.D.A.U.

It opens with tennis. Wallace was a court man, he liked to court tennis, and he schlongs his racket into being more often than enough into this work.

Primary locations include the Enfield Tennis Academy (‘ETA), Ennet House Drug and Alcohol Recovery House  and a mountain location outside of Tucson, Arizona.

Many characters are students or faculty at the school or patients or else staff at the halfway house; there is a multi-part, philosophical conversation between a Quebec separatist and his US government contact, which occurs at the Arizona location.

The claustrophobic, proposed cannabis-deal waiting scene, near the start of the novel, is very telling about Wallace’s, one assumes, own neurosis’s about the partaking of cannabis, and the whole surrounding miasma of paranoia; the distinctive middle class, sweaty-palmed, heart-thumping moment-by-moment judgements formulated in the expectant mind of what is going on there in the less-than-fictional, delusionary, environmental ‘transaction.’

We find ourselves in his fastidiously tidy, and small, apartment with the narrator, the best kind of writing which Foster Wallace is known for, where he is at home with the foetal type of self-hatred and mild-drug use which enveloped his almost Jacobean, rebellious nature.

As regards technology, he talks about ‘cartridges’, film and the goal of the Americanised society; a cartridge, the end game; senseless cartridge which when one watches they become a stupefied, quivering wreck in front of the flickering images never to rise again – a kind of reverse Lazarus  – dead-eyed and owned.

In terms of characterisation, there is the guy who is mad about tennis and optics, who sticks his head in a microwave, only to be superseded by his prodigal, talented son. Then there is Orin Junior. Mental Health sufferer; Kate Gompert – whom I believe is Foster Wallace spliced with Orin; Demerol aficionado Don Gately; and the whole Incandenza family clan.

On #Bloomsday2021, Neil Burns inquires whether serious, attentive reading means anything anymore in an era of Mediocrity Inc., and hails the significance of the Outsider Novel.https://t.co/t8alzlMJU5@broadsheet_ie @foreverantrim @mrkocnnll @IlsaCarter1 @wadeinthewate11

There are four main plot themes to be mindful of: First, a fringe group of Quebecois radicals, the AFR, which plans a violent geopolitical coup, and is opposed by high-level US operatives. Next, various residents of the Boston area who reach ‘rock bottom’ with their substance abuse problems, and enter a residential drug and alcohol recovery program, where they progress in recovery through AA and NA. We also find students training and studying at an elite tennis academy run by James and Avril Incandenza, and Avril’s adopted brother Charles Tavis. Finally, the history of the Incandenza family unfolds, focusing on the youngest son, Hal.

After mooching around town Lev finds a hostelry with a dizzying array of rules. Kafka’s Café is new fiction set in Dublin by Neil Burns evocative of our times.https://t.co/nfaTgp1OGV@foreverantrim @broadsheet_ie @wadeinthewate11 @IlsaCarter1 @Andrea_Rey48 @ggrace1984 #fiction

Not an Easy Read

Infinite Jest is not an easy novel to read. It is a half-empty, farmhouse grain-store of nine hundred and eighty-one pages, with additional footnotes, which Wallace could not crow-bar into the main text; you have to do a lot of the work yourself, which for the unattended, ephemeral mentality of the nowadays impatient-person may be a difficult concept to grasp.

This is a work that should come with a complimentary Dictionary and Thesaurus. One assumes that to write this David Foster Wallace swept out The Urals with a dustpan and hand brush. The event itself is not too masterful but the brushstrokes of ingenuity and dedication to his Art, were – are.

David Foster Wallace was a deck-side sailor who learned to bind his ropes tightly, then lash the rigging onto his work and raise it, creaking, up from the plumy depths, on up far into the azure, heady swirling heights, and this has to be applauded, the meridian of achievement in the literary field, for what Foster Wallace implemented was no easy feat – the writer, and the unyielding precipice of the empty page –  and then to storm in and fill it with some, any, kind of syllogistic meaning, wow, just wow.

Is Infinite Jest a supercilious comment on American society? Of course, it is.

Neil Burns is forty-one years old and from the North of Ireland. He has been published in The Rialto. The Honest Ulsterman. The London Magazine. And The Agonist Journal (U.S. based literary journal.) He also worked within the Charity sector, for some nine years, give or take.