Rezo are long-time friends and musical collaborators Colm O’Connell & Rory McDaid. Colm is based in Dublin, Ireland and Rory in Malaga Spain. Borne largely out of the Covid pandemic (Rezo means “I pray” in Spanish), the pair worked entirely remotely to create their critically acclaimed debut album Travalog which was released in May 2021. They have just released their follow-up, Sew Change. Colm describes how they got here.

It kind of amazes me that we are putting out a second album less than eighteen months after the first. I’ve been called lots of things in my life but never prolific – and let’s just say my recording output bears testament to that!

I’ve been smitten by music for as long as I can remember. Santa Claus brought me a second-hand Ferguson 3-in-1 music centre at the age of eight and I don’t think I turned the thing off for ten years!

Taping from the radio (Soft Cell), pilfering from my older brother’s (Doors-heavy) record collection, or scrimping and saving pocket money for the latest Now That’s What I Call Music, no family occasion or friend’s birthday was safe from my DJ-ing prowess.

My ability as a musician never quite matched my ambition – long stints singing with a choir as a kid (the Dublin Boy Singers) and endless piano lessons through primary and secondary school brought little in the way of proficiency. But that never held me back and I don’t think there was ever a time in school or in college that I wasn’t in a band of some kind or another.

My first gigging band was The Mitcheners, a college band really, where I first met Rory.  I played self-taught bass and Rory played guitar. We released one album in 2002, New Wapping Street, named after the Docklands street where we rehearsed in an old shipping warehouse – long since demolished for the glitzy office blocks that now populate Dublin’s Financial Quarter.

Despite some critical acclaim, particularly for the freewheeling slacker-Americana of lead single Cars, we went our separate ways not long afterwards. To do some adult stuff ultimately – like settle down and make a living. 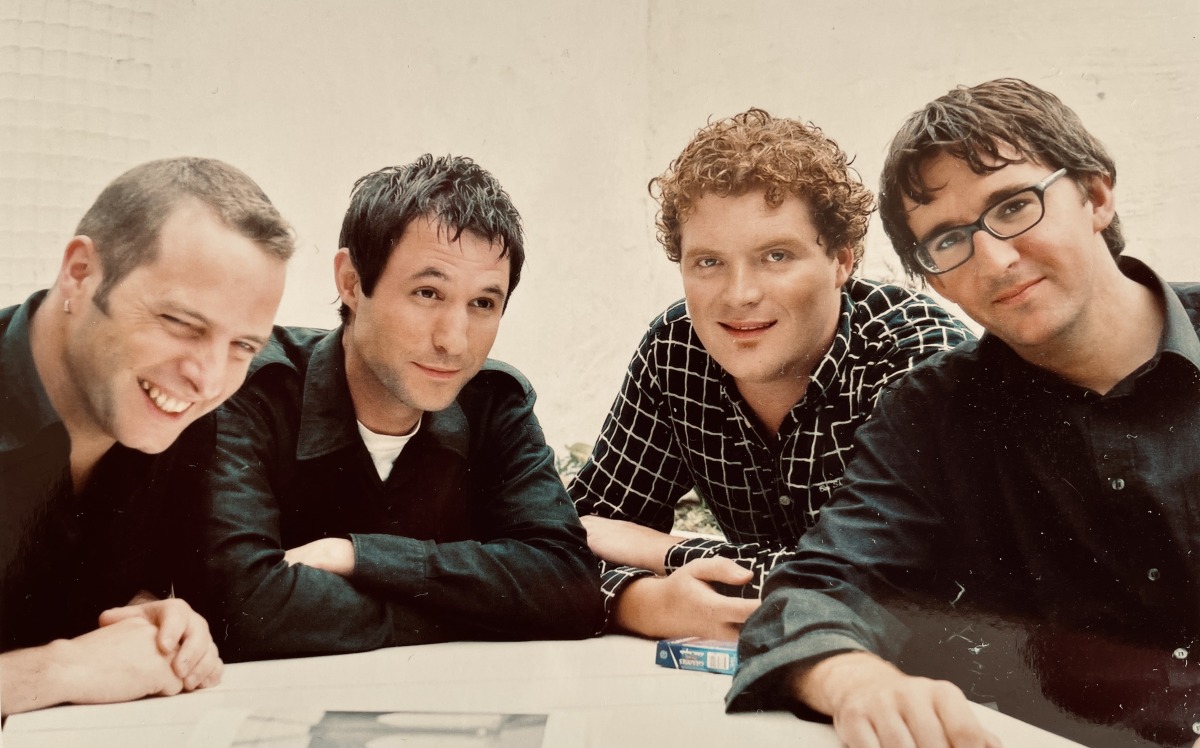 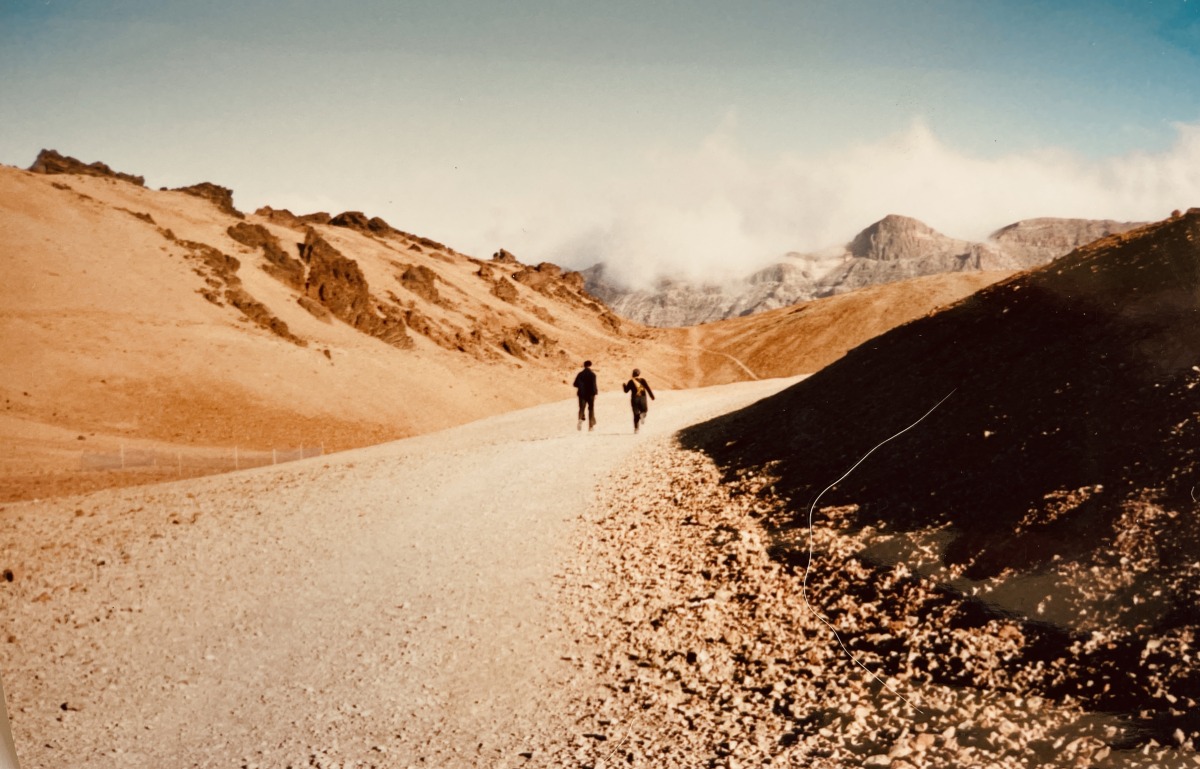 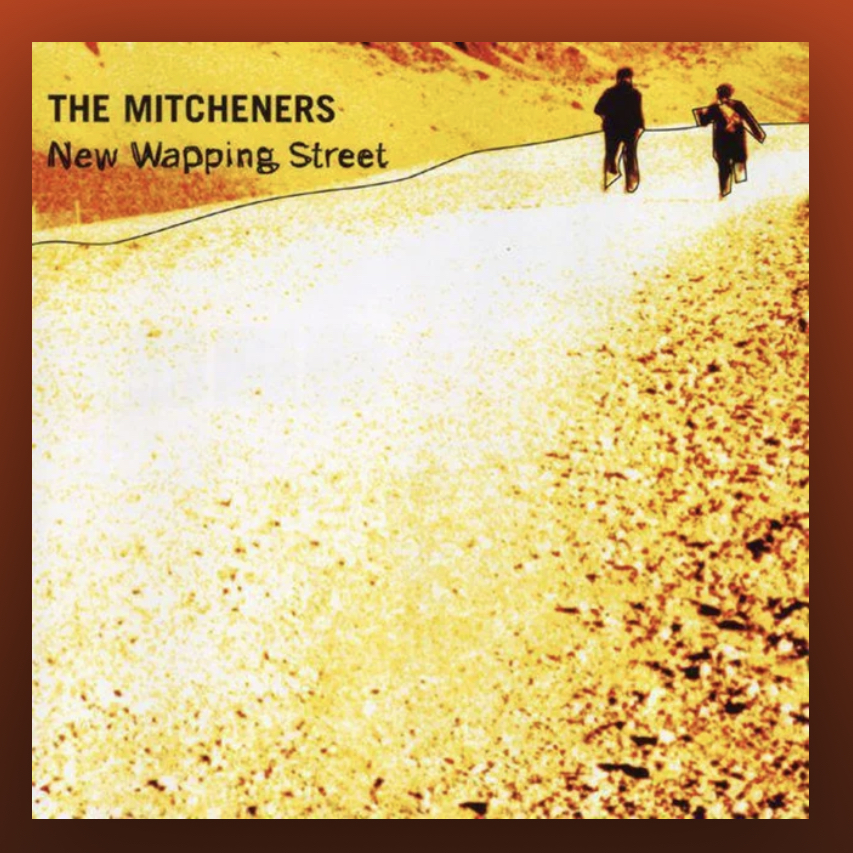 For me, the musical hiatus ended in 2007 with an ambitious project to record a solo record in Andalusia under the moniker Noise.

Myself and my wife Beth had long coveted the idea of living in Spain, and with two young kids and the prospect of regimented schooling in the offing, decided it was now or never.

We secured cheap accommodation by the sea in the picturesque “pueblo blanco” of Sanlucar de Barrameda, southwest of Seville and shipped instruments and recording equipment over in advance.

What followed was a magical immersion into the language and culture of the area – famed for its flamboyant religious processions, fino sherry (or manzanilla) and flamenco music and dance.

With the help of local musicians as well as visiting friends from home, My Procession was recorded and released in November, 2008 and, to me, remains a document of musical adventure, cultural seduction and the emotional growth of a burgeoning family and all that goes with that.

Spotify link to My Procession 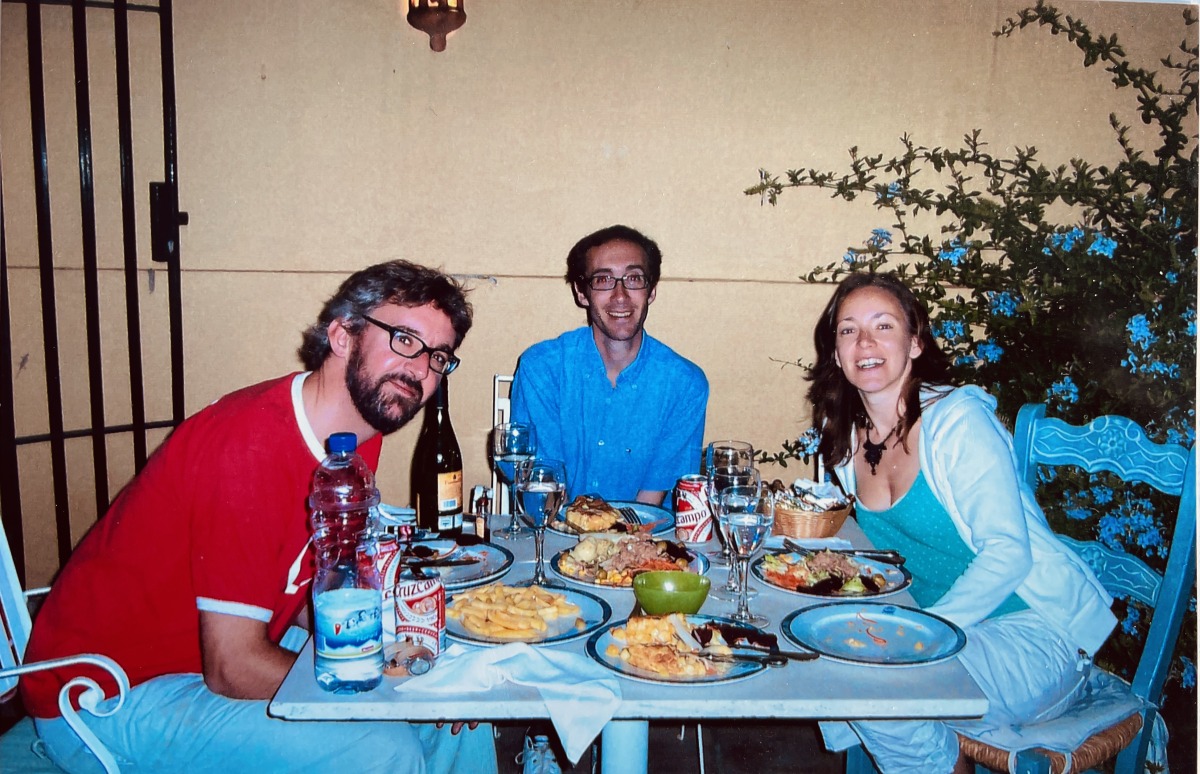 Living the good life in Andalucia, Spain (with wife Beth and friend Erwan) while recording solo album My Procession.

Our Mitcheners family, always in touch as mates if not bandmates, decided to reactivate our creative yearnings by joining a producer friend, David Odlum, at Black Box, his studio outside of Nantes, France in 2012.

This was a bleak time economically in Ireland, following the banking crisis of 2008 and all that followed, and was just the antidote to what had been (and continued to be) a difficult time for all of us in precarious employment, varying levels of impecunity and/or indebtedness and a general malaise or foreboding back home.

What followed was a joyously creative odyssey – residential living in the countryside with our mates, making music at all hours of the day and night, rekindling friendships with the best of French food and wine.

The brief was simple – come with a song and a recipe for dinner.  And we all rose to the challenge. For the next five years, it became a staple in the annual calendar and, quite apart from making some really great music, nourished us all spiritually and mentally through the bleakest of times.

For me, the song that most embodies the spirit of that time and place is Nothing Else, a kind of making-sense song for my daughter Rosa who had recently been born with Downs Syndrome. It sounds corny, I know, but I don’t think I’ve ever felt the peace and the connection with others that was present in the room on the day (and night and following morning!) that we recorded it. All beautifully captured on camera in the video for the tune.

Which takes us to the Rezo project. Rory and I had for many years been exchanging snippets of songs and musical ideas worked up on rudimentary home recording equipment. This continued with a little more frequency as the pandemic hit, both of us now having much more time at home and I guess the creative bandwidth to create.

It’s fair to say that Rory was the instigator of this chapter – it was he who sent me the folk-country strum and whispered vocal that was to be Rezo – our first lock-down collaboration.

Both of us using Mixcraft, we traded mixes and remixes over Dropbox – a vocal here, a bass there, some drum loops – building and refining as we went.

We shared the finished song on YouTube around Easter of 2020 cut to a video shot in the hills above Malaga when I had visited Rory the year previously, and the reaction was amazing. So much so that we decided to do another and another until very quickly we realised we were telling the story of the pandemic, and that we needed an album to do it justice.

Travalog – a play on the words Travel and Analog recording – was released in May 2021 to glowing reviews from Uncut Magazine and beyond, and, as such, a real vindication of the work that went into creating it, and in some senses the work that preceded it. 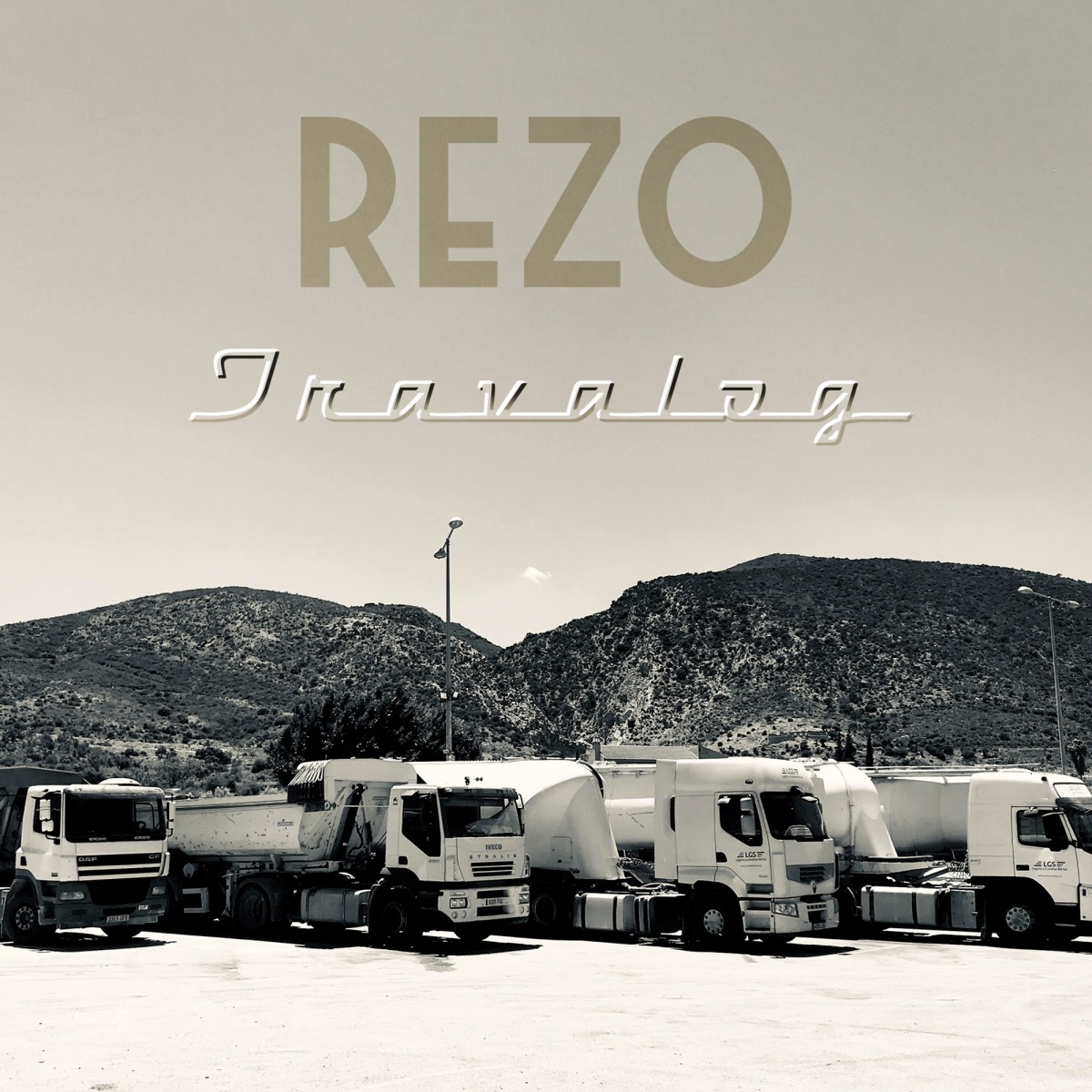 Our follow-up, Sew Change, has just been released. Folk Radio UK called it “even more remarkable” and “proof that Rezo are still at the forefront of generating fresh and creative collages of sounds.  It shows that when you choose to colour outside the lines, the most interesting shades can sometimes appear.  #This is what great music is capable of being.”

Of course we hope for mass appeal and interest, but ultimately we are guided by our own north star, making music we ourselves would like to listen to, music we are proud of. Everything else is just gravy. 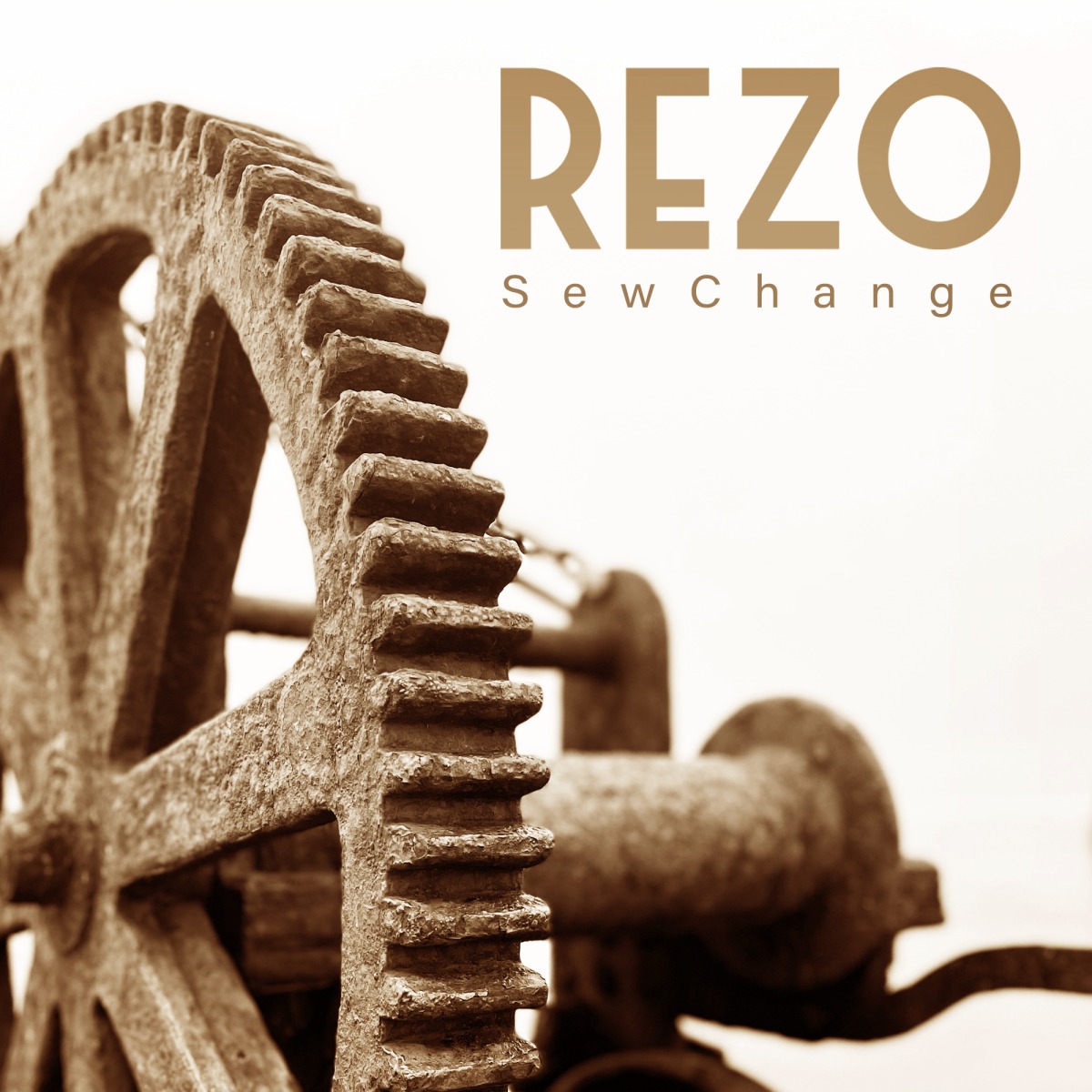