I sit at the piano and a melody flows smoothly from my mind. I think “How great,” and quickly write it down, then continue playing and writing, playing and writing. Feels like I came up with something special this time. I become emotional with excitement and am very pleased. Then a moment passes, and nothingness. Thick darkness appears in front of me, as I realize that I am lying warm and cosy under the black sheets on my bed.

It was just a dream, again. And again I awaken, unable to remember the notes I had just dreamily composed. This is getting exhausting. A nightmare in reality. Again.

These dreams happen frequently when I am unable to compose for a period. Naturally, having downtime to put thoughts and emotions together is necessary for every artist. But sometimes the pause is much too long. The more I think in music, the more I feel in music, the more it builds in my head and must be released.

Sometimes I’m not even sure if I want to write music, or if I have to. Most of the time, it feels as though I have no choice. Melodies and harmonies; they take up so much space in my head. Growing and developing inside, they need to come out. And I have little control over it, so I comply and write it down.

The most joyful feeling I have is when I say to myself “Ok, looks like I have finished this piece.”

My debut album ‘Silhouettes’ contains ten pieces for string quartet. You will find a vivid example of my compulsion to write music in a piece called ‘Warum?’. The story behind this composition is sad, yet philosophical. Walking in a small Berlin park at the side of a cemetery, I came to a wall beside a few small gravestones lying in a row. Looking closer, I noticed from the dates that there were small children buried there.

Nearby, I hear many kids running around, laughing. Observing children happily playing and joyfully screaming with their peers under ground was a surreal moment. The juxtaposition engendered such strong emotions that I ran home to write them out of myself.

Another piece, called ‘Prayer’, came about spontaneously on a dark and rainy autumn evening. My mind was strained by feelings of longing and hopelessness, sadness and madness. I let them gush out, in tears and notes.

Most of my inspiration to write music comes from the world that surrounds me. I observe it daily on walks, in talks and relationships, reading news and watching events unravel. My music reflects all these emotions. Often, however, global events, leave me too upset to compose.

On these occasions I wish to hide from it all, to calm down. I like to imagine myself living on a farm somewhere, far away from everything, with a cat and a dog, growing my own vegetables.

It probably sounds like I have a love/hate relationship with music, but ‘Silhouettes’ was a turning point in my life – the fruition of a lifelong road in composition. The album was a long time coming despite a connection to music from early childhood, when my parents first took me to the music school.

Naturally, neither of them could have imagined the path I would take, nor would either of them have wanted me to have fallen under this spell. Now, after years of singing in choirs and playing many instruments (piano, guitar, violin, percussion, bagpipes), I fondly remember myself as a young teenager, sitting at the piano, writing my first pieces, thinking how I wanted to become a composer or a conductor.

Back then, perhaps I was afraid of the powerful feelings composing awakens. I don’t know. In the end, I selected sound design and engineering and dove deep into my studies. It was those significant experiences that are still helping me in many professional and conventional situations today.

Unfortunately, working with sound was never very comfortable for me. I spent my life looking to lose myself in one activity or another (I am still very passionate about photography, for example), but have since seen that nothing works as well for my mind as writing music.

At one time, I wanted to become a tattoo artist. I had been drawing and painting for many years and had even tattooed my own legs. For whatever reason, I left this idea behind (at least for now, but who knows in the future?). 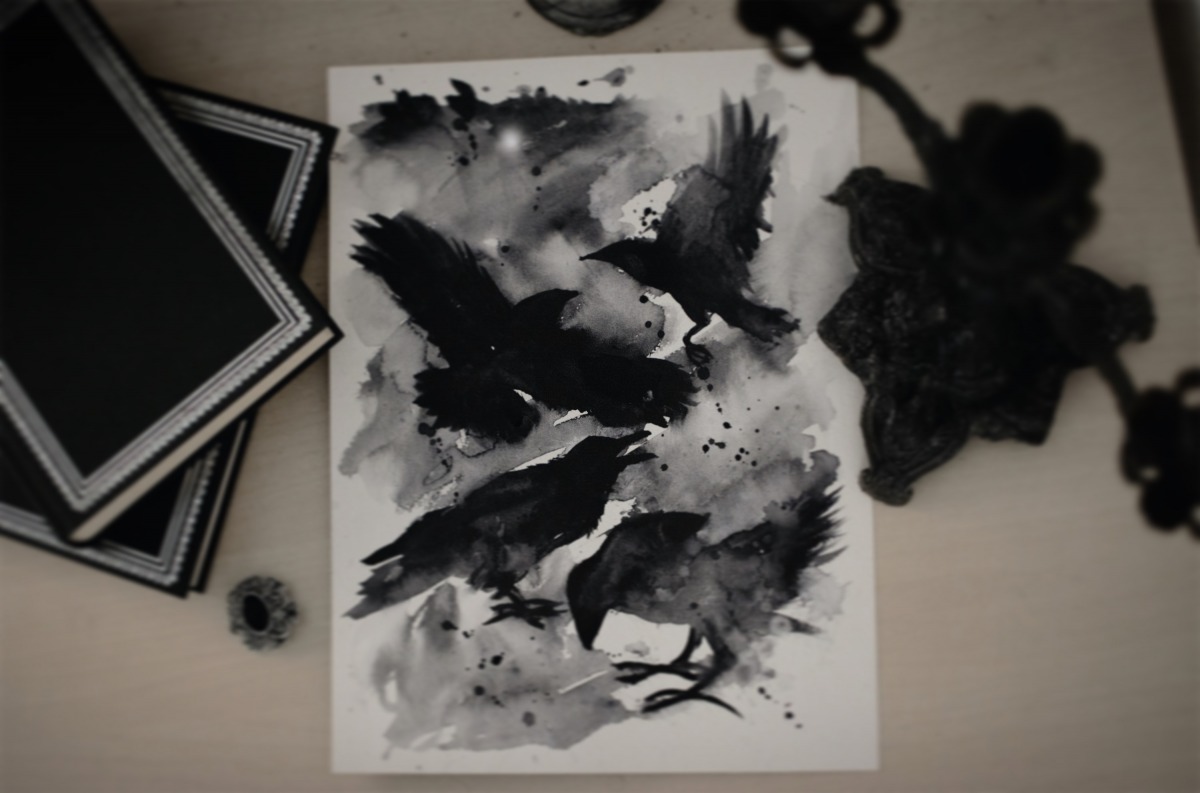 I still regularly paint and draw, trying out different styles. It’s an important activity for me. I enjoy using watercolours and acrylics the most. Painting has one enormous benefit: I can listen to music while creating. 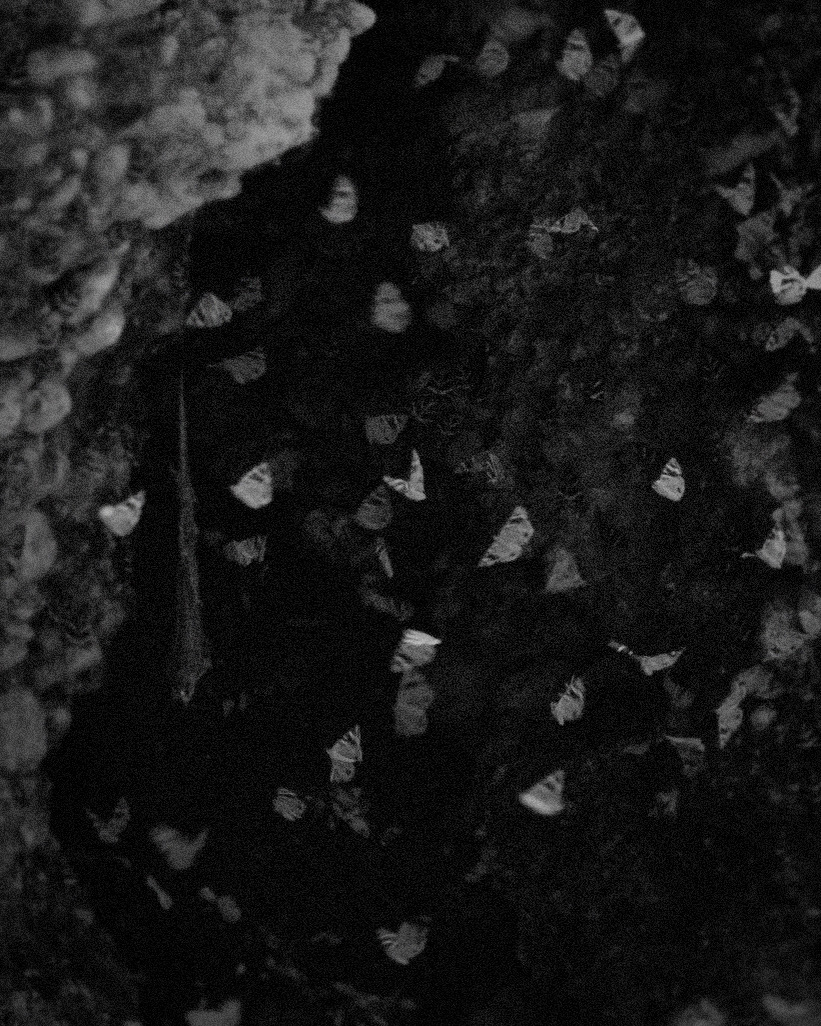 My musical taste may seem a little strange since I enjoy looping the same albums or songs, for hours or even days. But I can’t listen to music simply in the background – even when I loop something. I live the music every single time.

Throughout childhood, I listened more to classical music and different metal bands. But over the last few years, my playlists consist mostly of contemporary classical music, black metal, and Nick Cave. Recently, I’ve added a little techno, ambient and drone. But, one thing has always been clear to me: silence is the best music. And rain.

For two years, after completing my studies, I managed concerts in a classical music concert hall in Klaipeda. It was amazing working with musicians and composers from all over the world, as well as seeing two or three concerts a week.

Now I think about how every concert I’ve been a part of and all of the music I’ve listened to were lessons in themselves. They have directly contributed to my current compositional work.

In 2018, after many ups and downs and changing cities every two years (who wants to hear about my experience living in Moscow?), I began to seriously devote myself to composing. Leaving my past behind, I moved from Lithuania to Berlin, a city that I had only visited twice before, and where I didn’t know another person.

So I began writing music upon my arrival and in the early days of 2020 I released my first piece for strings, ‘Rituals’, which was inspired by Baltic mythology, folk music, and nature.

One year on came the release of the aforementioned debut album, ‘Silhouettes’, under the wonderful care of the Piano and Coffee Records label. I’m glad to say that the album was very well received and continues to touch people’s hearts. That makes me extremely happy, and certainly motivates me to keep moving forward.

As regards the future, to quote Jonas Mekas: ‘I have no idea what winds are driving me and where.’ Now, I am just grateful to be able to work on what I want. Whether it’s writing a new piece or allowing myself to live a slow life. I realise that this is a luxury for many and feel lucky to be able to enjoy it.

What comes later I do not know. But one thing is certain: new music will be coming out and hopefully soon.