Sometime in early 2022, in the middle of the fourth or fortieth wave of the corona virus, I got a message from my old friend, Stefano Schiavocampo.  He told me that he was editing for a magazine in Dublin and he’d like me to contribute.

“Me?” I thought, “What would anyone need to hear from me?” In finishing this abstract essay now, that thought still hasn’t changed much.

To be honest I basically just wrote it for him. I hadn’t seen Stefano in over five years. In my memory he’ll always be on fire in the eyes and still at heart. The eternal street musician, at home in the overgrowth of roads less traveled and Tuscan villas. The tarred fingers rolling Belgian anarchist squat cigarettes. The boules champion of mid-evil French castles with a perennial beer frothed mustache grin forever fresh from an Irish dive.

Though the thought of him is once again on my mind, I still don’t know where he and his family are today. Let’s say Dublin for lack of a better guess. I like to put him there, so I can dream myself back to that place. That rough little city of rain and song. The idea of an audience has become too abstract to imagine over the last two years of separation, so I write these words less to the faceless you and more for my old friend Stefano and my city of maybes; Dublin.

I’m going to assume that you don’t know me. There are pretty few justifiable reasons why you would unless you were in south-eastern Florida in the late 1980’s. If so, then do you remember that hospital by the beach where it was forever womb warm? Where it’d get so hot it’d cook up thunder every afternoon like the one I was born on before the storm. If you weren’t there, then do you remember being out on that pier while I was making my first memory looking up at a spaceship drawing a cloud into the sky when the wind threw my hat into the waves and I was caught right before jumping in by my mom. Remember that skateboarding Mickey Mouse hat? It was great, right?

If you were there, then you obviously can’t forget dad’s accident and mom’s cancer. The Damocles Sword and an uprooting from coast to corn fields. Canned laughter on TV. Being a big brother. Fitting in and testing boundaries. Rejection at a grade-school dance. Starting a band in your basement. Remember those Nirvana covers and a new name every week (Sideburns Magoo, Brothers from Different Mothers, etc…)? Power chords turned to fingerpicking.

Time went marching and the coddled underwing turned to an opening curtain on the other side of the world. Graduating from structure to be reborn and blinded drunk talking Marx smoking through every bar and backstage back and forth between Berlin and Vienna, with something to prove and not much to do it with.

You might have been there and might remember more than me. If you weren’t, then there are songs I forget that we can use to remember.

So, so many songs. Used to show you my world. Used to make me what I wanted to be. Used to understand what I was feeling. To put words to the wordless. Then sing and sing and sing again till hoarse. Surrendering nightly to and follow behind powerlessly contorting to the shape of a stage-light shadow of a past me or a mimicked subconscious idol. 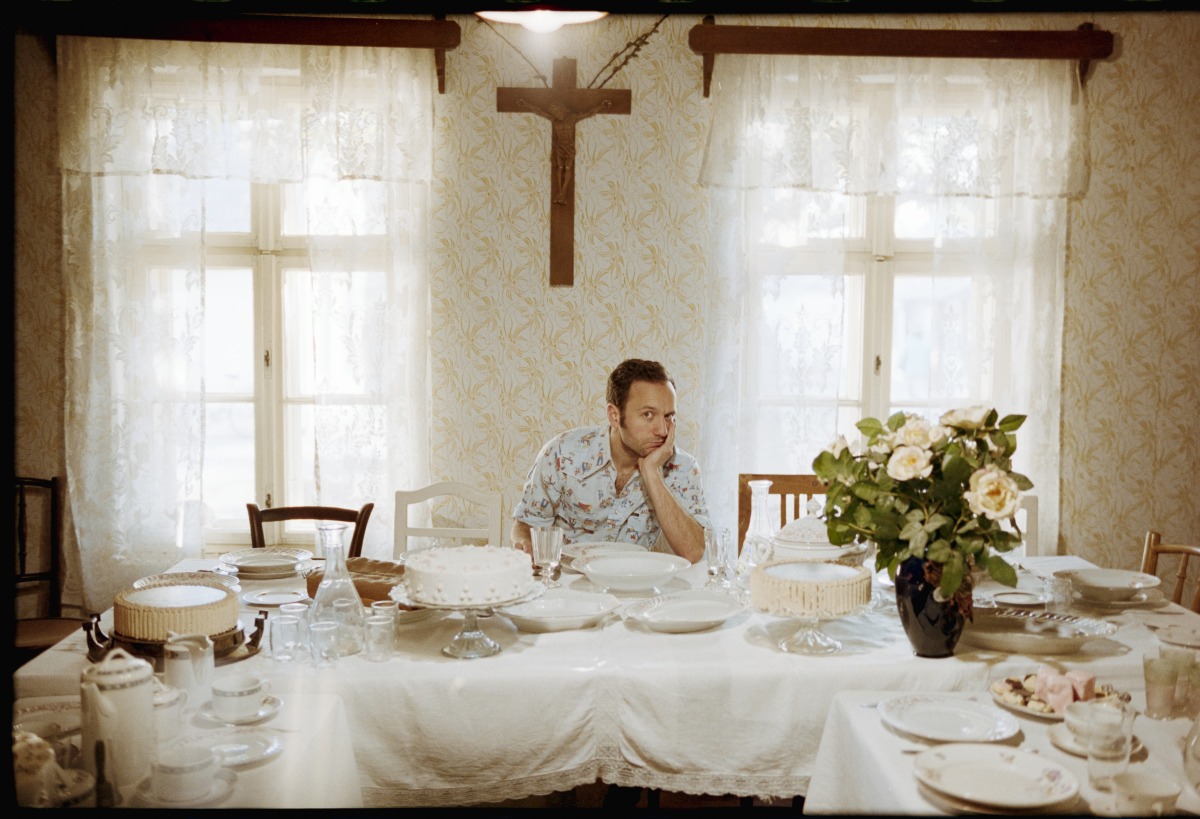 Remember when all the hope of youth ran out of greener grass to graze on? Maybe it happened to you too. Waking up in a small room of a shared apartment wondering “why here and how forward?”

Stubbornly stagnated sticking to a dream no longer dreamt and fattened by vices lazing low below the horizon of what dreams may come. Onward the same. Onward the same. Feet in a world changing and a skull shat full by boomers. Heavy-headed limbo walking closer and closer to the ground. Raging inside rolling and worming across a world of drying sidewalks. The friction of blue-eyed ambitions rubbing up against obstacles of age.

Sparking and humming the subtle melodies sap slowly out of fall trees. We have felt the fretboard for a resolving chord. Not knowing the notes we play, but knowing only if they sound right. Those human feelings passing from you to something beyond.  Slowly they launch like drops of sweat evaporating up into clouds to rain on far off fields. The songs faintly rumble in the internal distant thunder of night. The sound of little universes being born. A world of meaning in a moment. 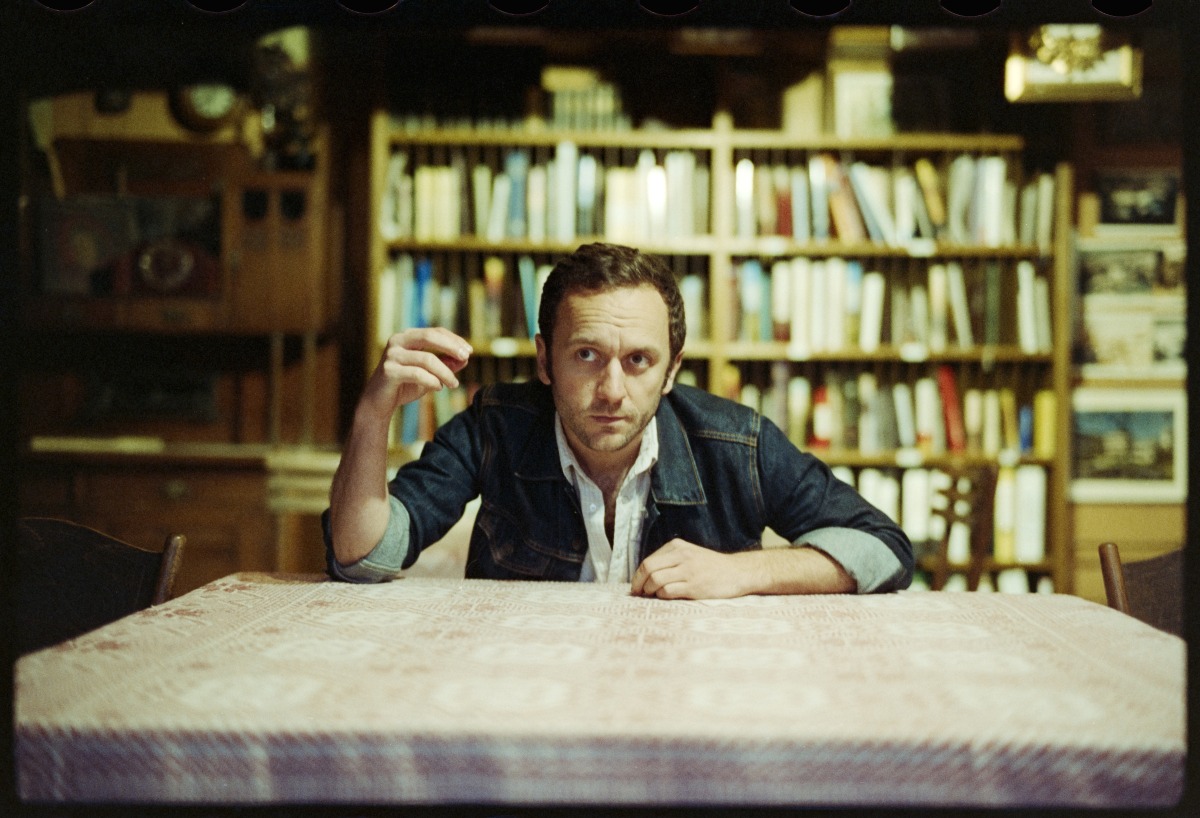 Though I have assumed that you don’t know me and I not you, a storm is born from all but itself and a creation never comes alone. Creation is an act of sharing. To sense is to share. To share yourself. To share in someone else. To give and receive simultaneously. To connect. In spite of the distance between us now. In spite of this world where we are all apart. To bridge the gaps in the voids inside of us and between us with an honest act of creation is one of the few real beauties we have. Where we are a part of each other. To remember we are one. I’m trying to remember. Do you? Remind me.

— Ian Fisher is a songwriter, performer, and recording artist raised in Missouri, USA, and living between Germany and Austria. Rolling Stone magazine describes his music as “half Americana and half Abbey Road-worthy pop”.  He has written nearly two thousand songs while touring Europe, the USA, and Africa.  You can listen to his most recent album, “American Standards”, on his website (www.ianfishersongs.com/music) or on any streaming site and you can support his music by joining him at www.fanklub.com/ianfishersongs. Fisher is currently working in Sicily on a new collection of intimate songs for an album to be released this November.