Music is a language and languages are musical. My life has always been about that: an exploration of these two elements and how they are deeply connected and influenced by one another: music and languages perpetually coexisting in balance.

I grew up in Milan, Italy, and as a child I remember constantly being exposed to classical music: my parents got me a piano and arranged a teacher when I was six; I was then sent to music school to learn violin and sang in the La Scala children’s choir.

That went on until I realized that I preferred to play and sing my own compositions having become curious about other genres.

I was always attracted by introspective and melancholic yet dreamy melodies, which reflects a part of my character. Although I can’t recall what came first in my life – the gloomy piano composers or a contemplative, silent nature.

In contrast, another part of my musical formation was deeply influenced by electro, new wave and indie music, which turned me into a devotee of underground clubbing back in the Milanese period, and then Birmingham (!), and later on – when I moved to Lisbon I started to work as a DJ, which went on for quite a few years. 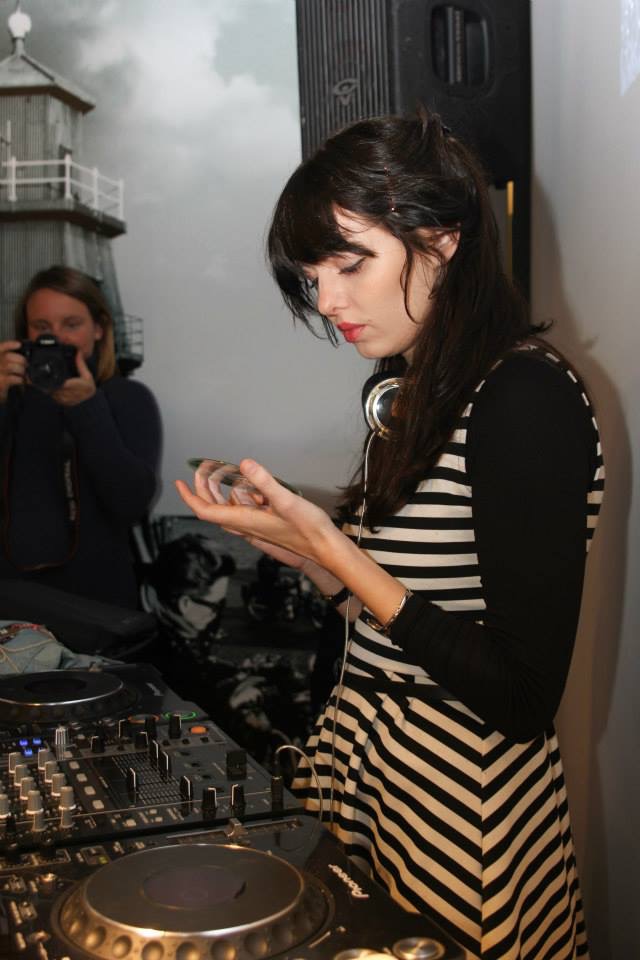 In the meantime, I managed to find similarities between synchronizing different beats while spinning records at night, and simultaneously listening to one language and translating into another when working as an interpreter during the day; in a way it all made sense, except the lack of sleep.

However, I felt like I had space for more. As soon as I arrived in Lisbon, I enrolled in the city Music Academy to take up the piano again. Soon afterwards I joined the band The Loafing Heroes to play concertina. 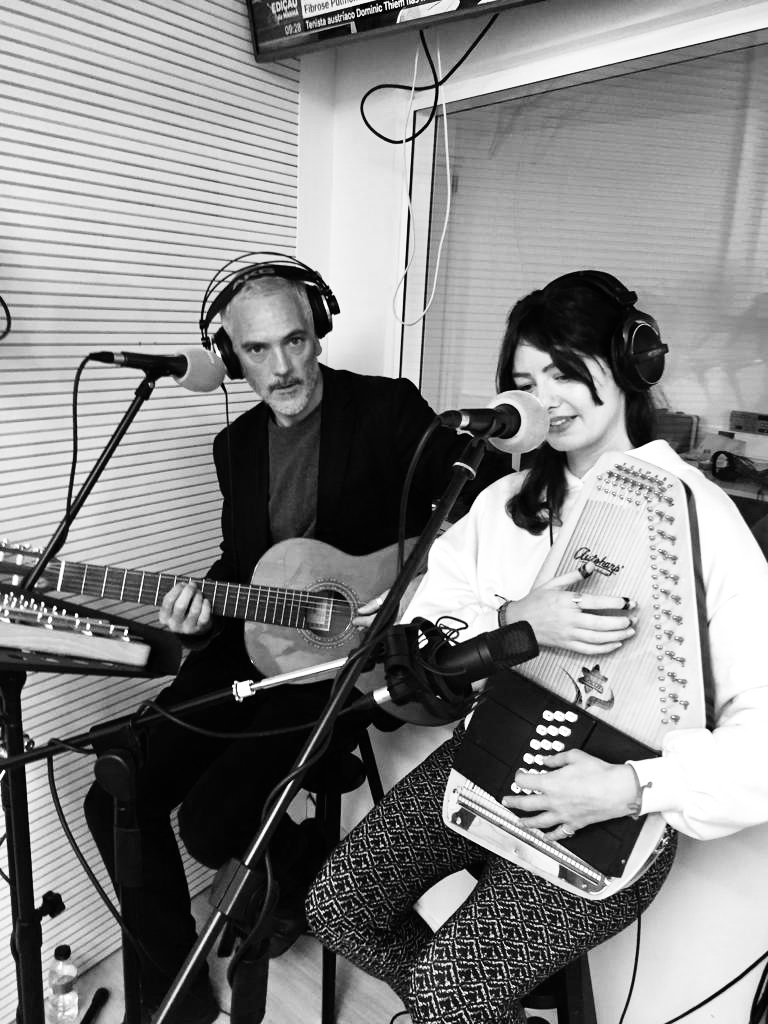 With Barholomew Ryan of the Loafing Heroes.

The idea of wandering and loafing in slowness in the fashion of French flâneurs always appealed to me, and I have remained a member of this morphing, dream-folk collective for the past seven years.. Along the way, I have added the autoharp, keyboard, vocals and percussion to the mixture

I never imagined focusing on a single activity in life, as our society often suggests , or narrowing down my field of interests. At times I struggle when friends or family look askance at this way of being, but I try to listen to an inner voice, which is always whispering in my ear, not to surrender, and follow my instincts in calm or stormy weather, as the time we are given in life is too short to do otherwise.

I believe human nature needs more sources of inspiration and these can come in many different forms.

For example, without traveling far and or to different places outside the culture that I grew up in, there would hardly be any music in my life (or languages, for that matter).

The simple act of moving from one place to another, getting out of our usual space and time conceptions, leaving aside our constructed identities and comfort zones for a while and experiencing alterity or otherness, makes us see reality in different ways and leaves us open to unexplored fields of imagination and art.

We are often held back by our holding blindly on to assumptions about reality. In many cases, it is these uninspected assumptions which are the root cause of our living in a painful state of perpetual contraction, of fear.

It is not only Indian music that inspired my spirit and techniques, but the experience of India itself (in the day-to-day living and travelling with its smells, sounds and images); it is not only traveling around Greece that influenced the way I compose but also embracing Greek poets through the ancient and modern Greek languages, recalling the myths and traditions of their soil, feeling a sense of wholeness and synthesis in the elements; then everything becomes undivided and starts revealing in an uncontaminated way, in the form of inspiration.

That is how my recent project Storm Factory was born, which is a duo with the Portuguese musician Rui Maia.

The idea was to develop a new aesthetic path from the fusion of my neoclassic and minimalist piano compositions with Rui’s experimental and ambient electronics.

It is a dialogue between different universes, the search for a dreamy and cinematic soundscape where a sensory piano inspired by sea travels and ancient myths encounters a full set of industrial and unsettling sounds.

Aesthetically reframed objects and materials come together as with completing a puzzle, drawn by the noises of cities, factories, people, water, abandoned houses and crushed leaves. 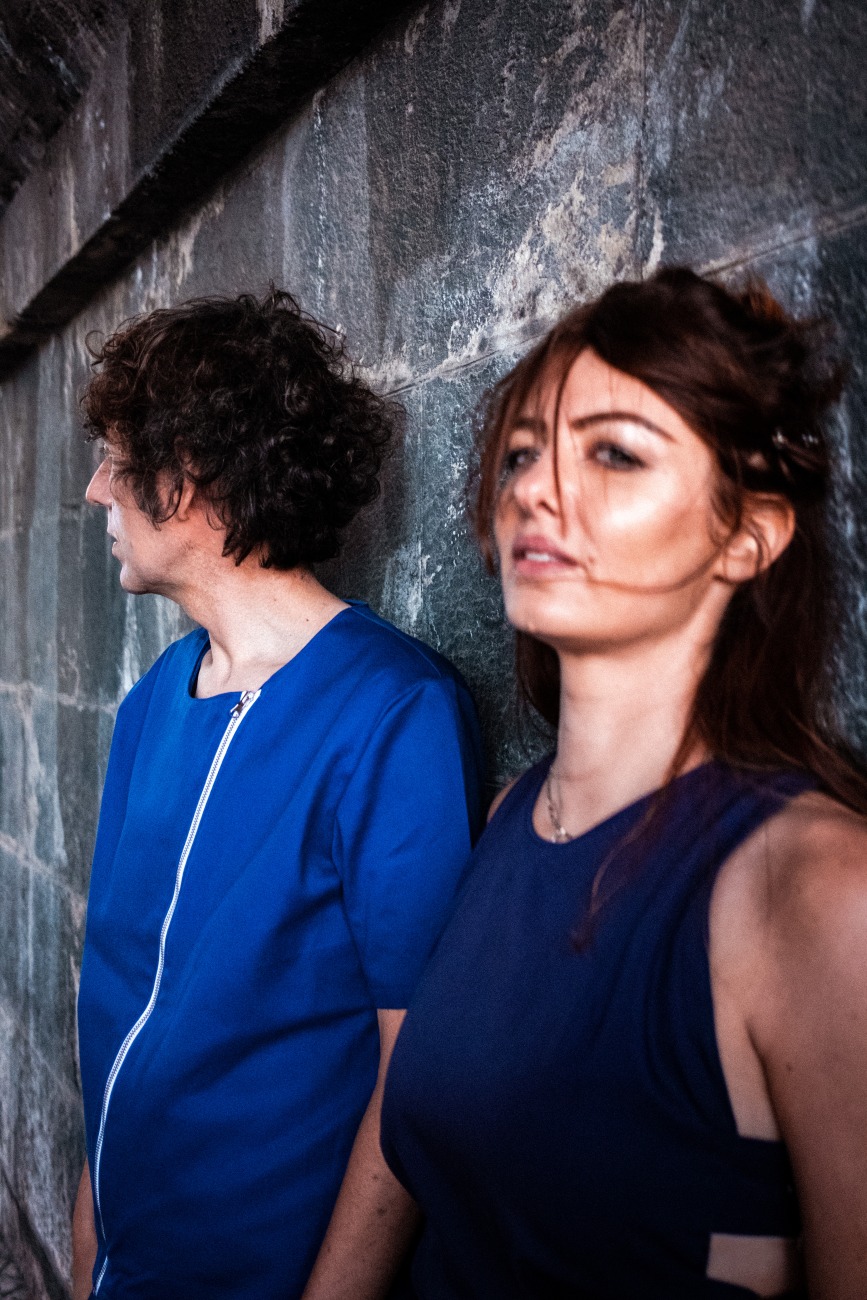 Most of these piano compositions were born during the first lockdown, when I also started painting and longing for the places I still hadn’t been to. 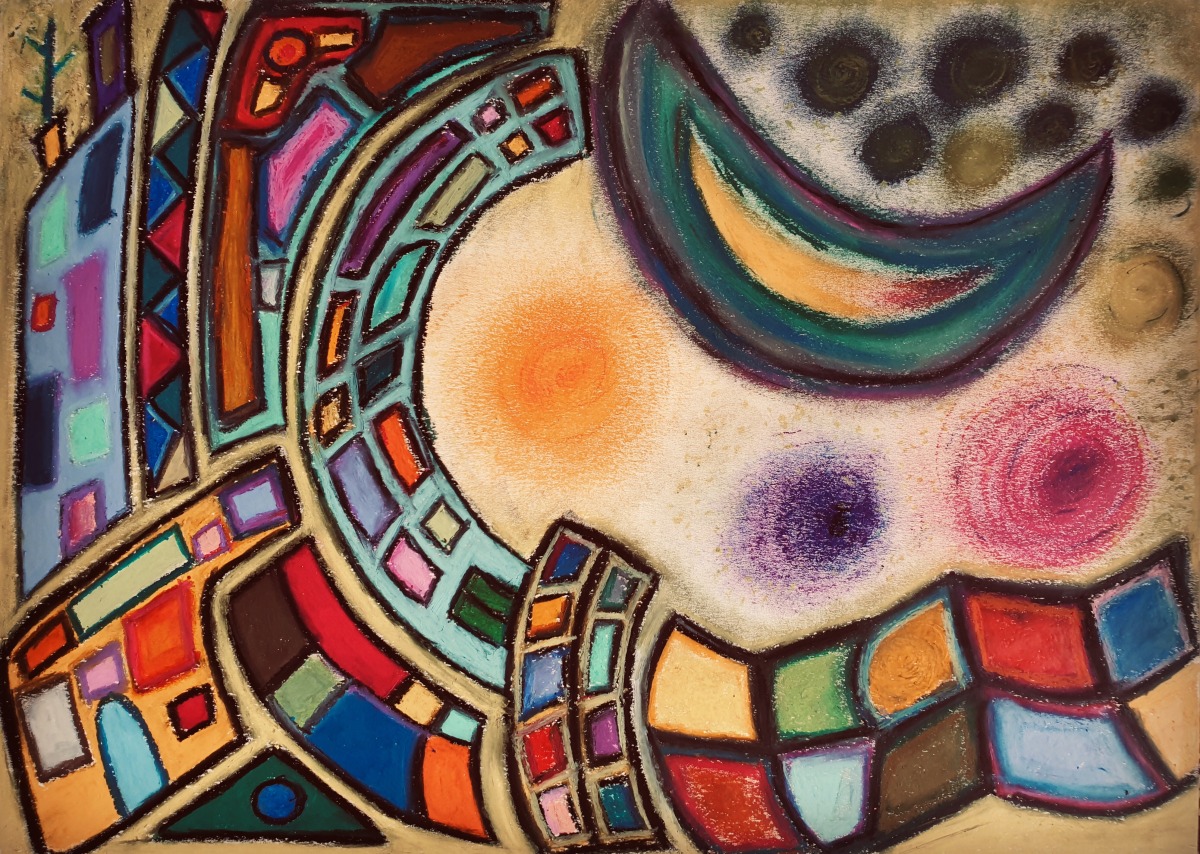 This yearning for places that I couldn’t travel to led me to come up with another project called Zephiro. It is a podcast that I decided to create, produce and release by myself.

It is about travel literature and contains original music and sound effects, which I capture with special field recording equipment.

In each episode I talk about a travel book that inspired me and that can motivate people to read and travel. The book selection is made according to the following criteria: alternative ways of traveling; spirit of adventure; inner transformation of the traveller; and getting out of their own comfort zone.

The music component of the podcast is of great importance, as I composed ad hoc music for each episode which is inspired by the countries and characters appearing in the story. The sound design is specifically forged to accompany the travels to help create a unique listening experience. 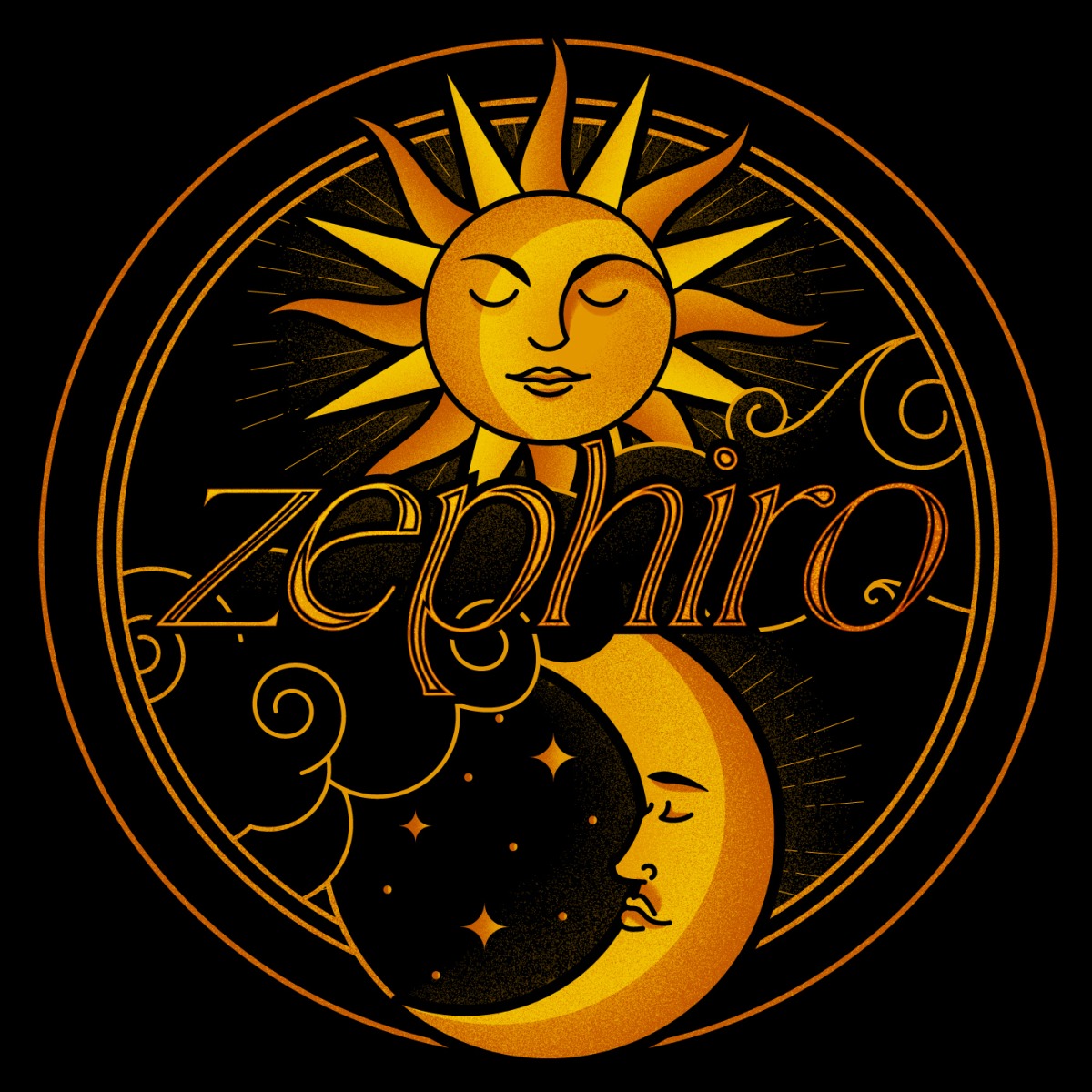 It is important for me to get a sense of the space within which all this activity is taking place and recognize the silence in which all our inner sounds can arise.

Fernando Pessoa’s said: ‘my language is my homeland.’ I feel the same about my mother tongue of Italian, and also about music. I bring these with me anywhere I go, like rivers flowing in an eternal, sacred space that mean I only very rarely feel lonely. 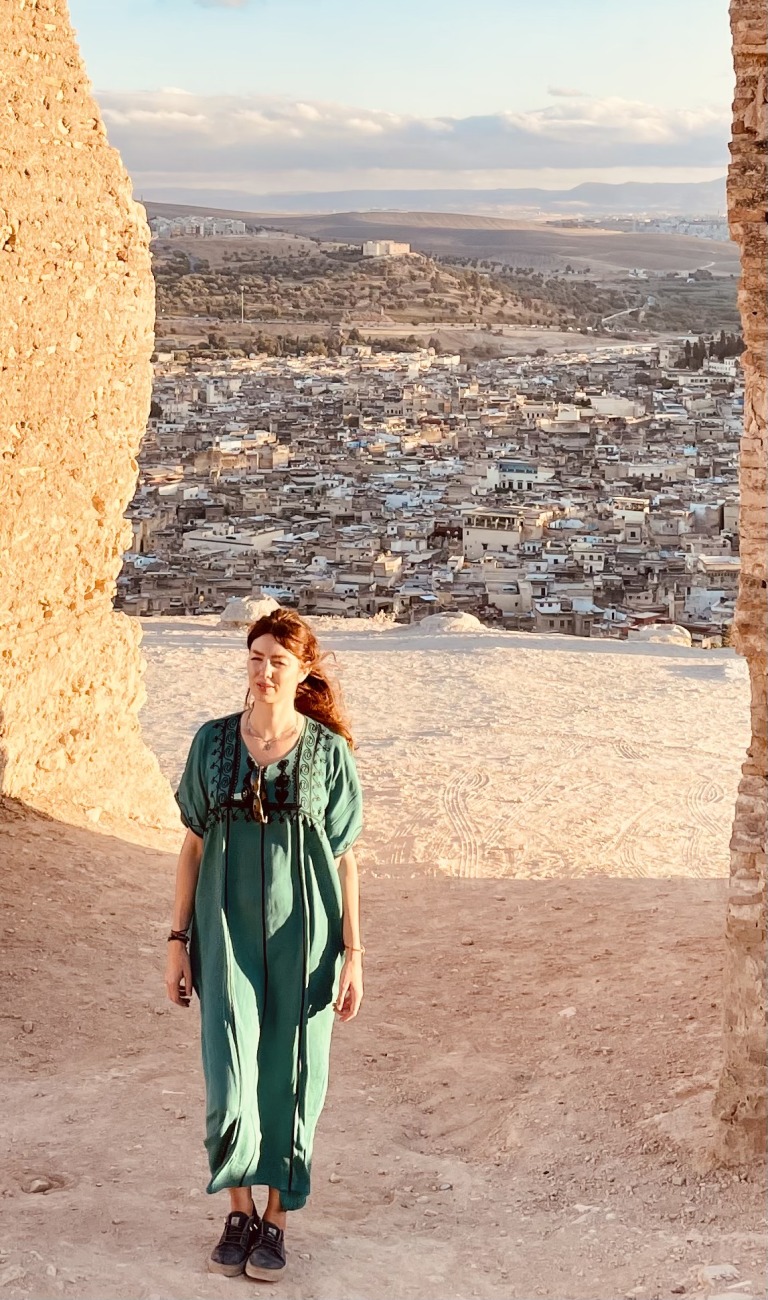