Of New Lands and Turning Points…

“You can play! Just take it easy, play slow. Play for a few minutes and then give it a break… there’s no panic!”

I was recently asked by one of my composing mentors to think about and summarise what I’ve done as a musician and composer so far.

So I sat down and tried to recollect my memories of how it all began, and how indeed I have managed to be lucky enough to adopt one of my biggest passions as a full-time profession for the past several years! 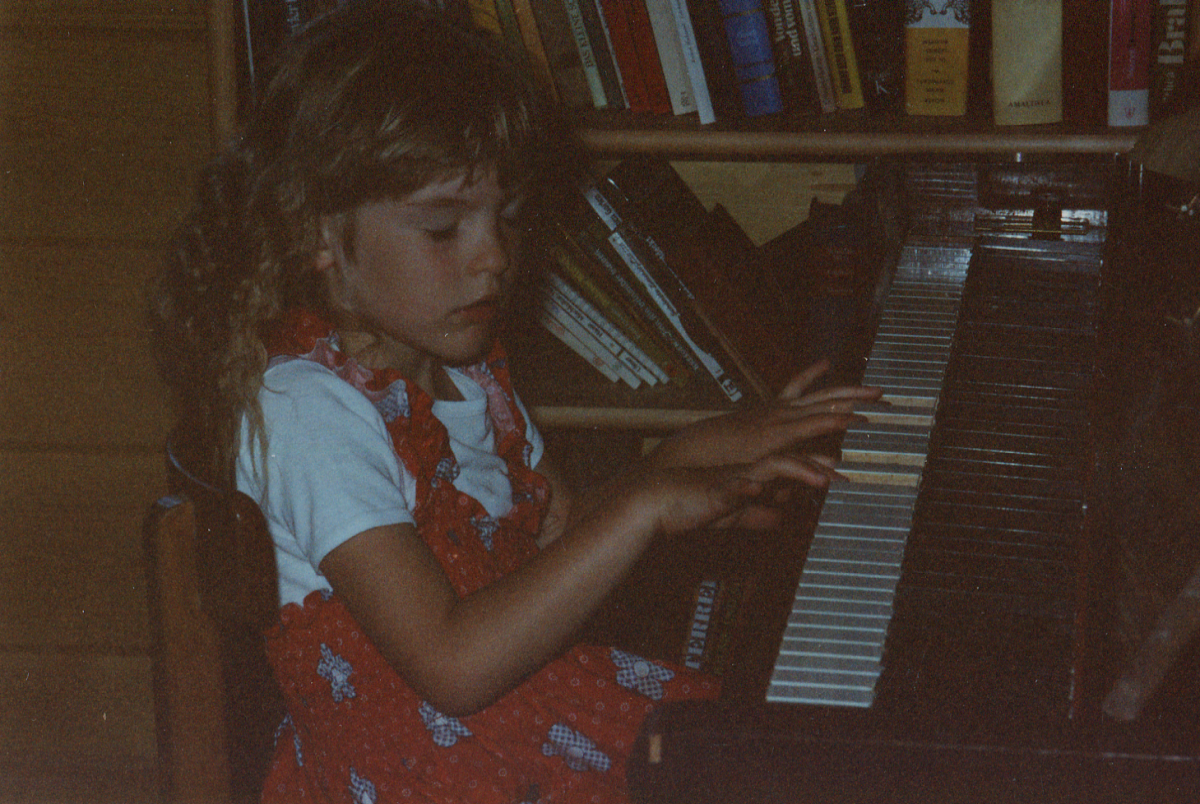 As I began to travel back in time, re- encountering a happy child’s uninhibited explorations of the world of sound, long afternoons and evenings spent at the local music school and orchestras, my first ventures into playing more groove-based music; I soon reached a curious turning point that stirred up major reflection. I revisited a period in my life that, at the time, felt excrutiantingly painful, though ultimately helped me to foster a healthy and much deeper relationship with music.

My early musical life majorly evolved around playing classical music: I took lessons on various instruments at the local music school and was part of various ensembles and choirs as well as local and international orchestras.

Truth be told, I don’t think I was ever that taken by the actual music we played. At home I would listen to bands like the Beatles, Nirvana, the Spice Girls, Tic Tac Toe, Broadlahn, or Sandy Lopicic Orchestar. However, I always loved the feeling of playing and singing with other people, to be part of the community.

I had wonderful music teachers and I think that, for the most part, they did not push me too much beyond standard expectations to practice. Rather, they tried to motivate me by conveying their passion for the music we were studying. When I started to experience trouble with my hands, there was one or other teacher who did not know how to steer me in the right direction of how to proceed with my daily practice. Having said that, the experience of chronic pain is a complex issue and beyond full comprehension of most teachers, musicians – and in fact doctors – that I have met so far. I am convinced that everybody always had my best interest at heart.

It was at the age of around seventeen that I developed repetitive strain in both of my hands; with a ganglion cyst developing in my right wrist as a consequence. Sometimes it hurt so bad that I struggled to brush my teeth. It disabled me so severely that for years and years I was barely able to play for more than ten minutes in one go.

I wrote my Leaving Cert exams on a laptop, as I was unable to write by hand. I had to stop taking lessons, cancel concerts, and burst out into tears regularly at folk sessions where all my friends were jamming and I could simply not join anymore. For one or two years I had to stop playing altogether and I was warned that the ganglion cyst could seize up and make it impossible for me to move my wrist anymore.

I went to see different physiotherapists, chiropractors, acupuncturists, homeopaths, healers.  I visited a healing stone; tried dance therapy; different creams that were supposed to be the cure. I bathed my hands in hot and then cold water, wore bandages, wrist supports. None of it helped.

I will never forget a chat with a girl once on the way back from a folk music gathering in the mountains. She said: “Well you know, I really used to love rowing, it was my thing. But then I hurt my shoulder and I had to give it up and find something else. Maybe it’s like that with you and music”. I thought it was the meanest thing anyone could ever have said to me. I could not – and still cannot – imagine a life without music playing a central role in it (we’ll see about the next one). For me it was like losing part of my identity.

It took me many years to understand what was going on at that time. 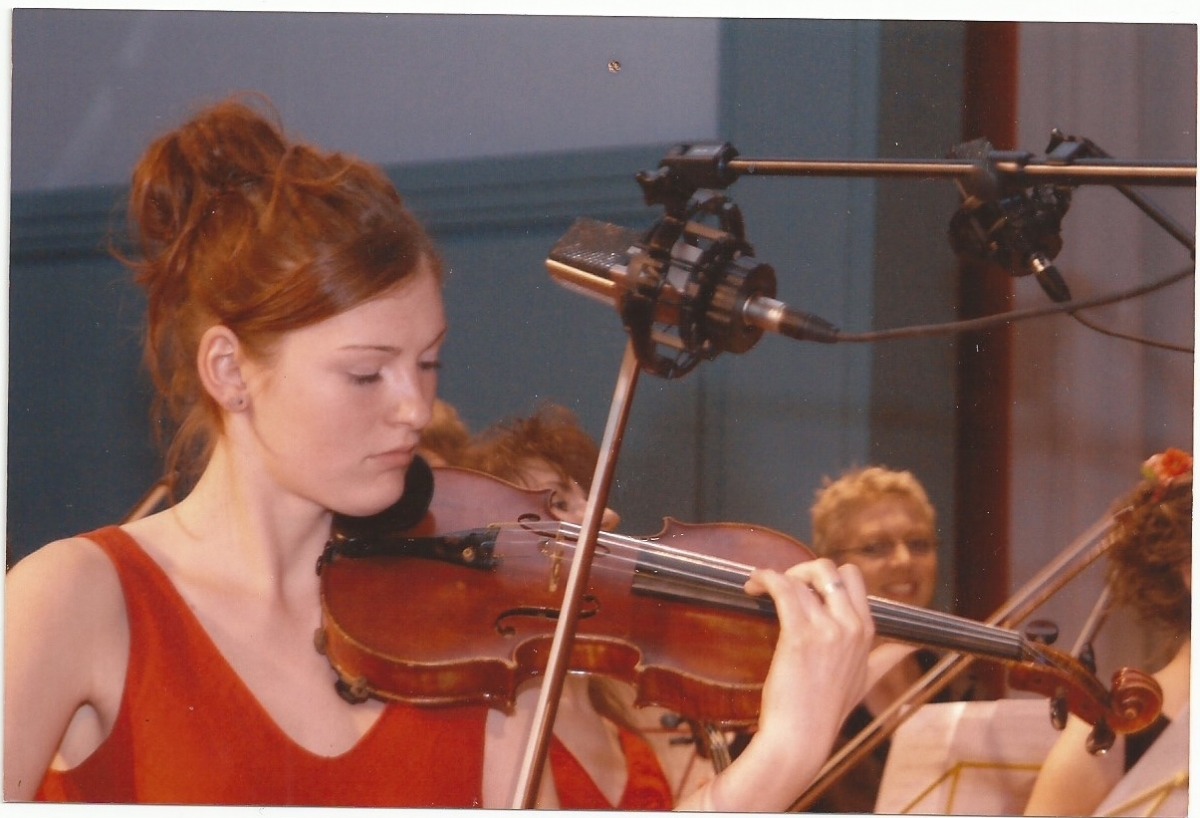 I was always a high achiever. Not that I always wanted to be better than the others, much worse:  I always had a genuine fear of failing completely.

It comes as no surprise that, even though my teachers were kind and understanding, I did feel the pressure of completing grades at the music school. To try and play every note perfectly. An expectation to go on to study classical violin.

I still struggle with the system of how classical music is being taught. In fact, everytime I think about it I get a bit angry and I am scared for young children that might have the joy of play robbed from them. But I like to think that it will just take some more years for a breakthrough that will bring along the integration of a better understanding of the nature of creativity. Of how to achieve a certain kind of “perfection” without the pressure of having to be perfect.

As for me, having learnt about my perfectionist tendencies and anxieties that seem to amplify and transform every bit of advice into a perceived obligation, I do realise that the same guidance might well have been just right for another person. Somebody that thrives more on, or is in fact depending on, external encouragement to “become better”. (I put this in quotation marks, because: what does it mean to become better anyways?!)

What I needed to hear however were these words: “You can play! Just take it easy, play slow. Play for a few minutes and then give it a break… there’s no panic!” 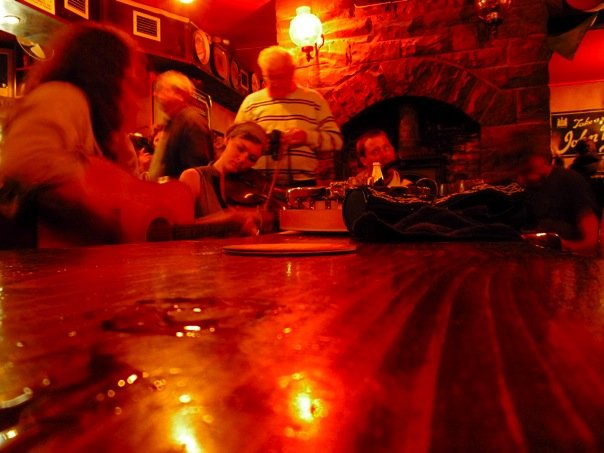 A Session in McGarrigle’s Pub in Sligo.

Faced with the fact that for the unforseeable future I was unable to study violin or another instrument, or to hold down any job that would rely on the strength of my hands for an extended period of time, I came up with a temporary escape plan:

At the age of nineteen, I moved to Ireland to work as an au-pair for a year. What I didn’t know at the time was that I had acidentally emigrated. Some sixteen years later I am still here! But that’s a story for another day, or perhaps indeed it is not: for it was here that things slowly started to change.

Looking back, I can see that there were many factors that contributed to the recovery of my musical freedom. An overall much more relaxed lifestyle, a new beginning in a different country, being able to hold down a job that had nothing to do with music. But most importantly, I believe that I owe it to certain people and a couple of influential books that I finally was able to find my way back into playing.

When I landed in Sligo, I was lucky to fall in with a great gang of musicans. One of them in particular, Rodney Lancashire, repeatedly encouraged me to play without worrying about it. To play slow rather than not playing at all. To try and relax about it.

So, after having stopped completely for a couple of years, I took up the violin again – or perhaps, rather the fiddle this time around. Playing solely Irish traditional music for a few years, it proved quite therapeutic: starting to play slow and for short periods of time at first, I was increasingly able to play longer.

A few years later I started to study at UCC. It was in Cork that I met violinist Kathryn Doehner, who introduced me to a side-strand of Alexander Technique. Taking me on as a case study, she made me aware of what “good posture” really meant and the fact that when relaxed, anything was possible.

At around the same time, on the urgent advice of my friend Fergal O’Connor, I started to work with Julia Cameron’s The Artist’s Way (1992). This book absolutely changed my life: going into it with a mindset of “I’m not a real musician”, I came out of it having composed enough material to release my first CD, Amber Sands, in 2014! Learning about how to maintain a healthy relationship with creativity, it finally offered a way to escape the terrors of my inner perfectionist.

The last piece of the puzzle I was struggling to put together for the last seven years or so came in form of another book: it was Dr. John Sarno’s The Mind- Body Prescription (1999), recommended to me by saxophonist and composer Nick Roth, that finally set me free.

To give a very brief synopsyis of Dr. Sarno’s approach as I understand it: coming from a background of rehabilitative medicine, he believes that the chronic nature of the majority of repetitive strain injuries to do with tendons, nerves and muscles stem from suppressed or unsolved psychological distress.

As a last resort to grab our attention, the distress moves into the body from where we finally have to deal with it. Offering a simple and inexpensive solution, he explains that in many cases it is enough to simply learn about, and understand, the interrelated mechanism at work between the brain and the affected area of the body.

I have to say that, would I have read that book a few years earlier, I would not have been able to understand it. I believe that it was necessary to go through all the other approaches of treatment first, so that I could see that it was really up to me to solve this problem. But the right time had come.

I will not say that I never feel my hands or wrists getting tired anymore. But when they do now, on a rare occasion, I am not afraid anymore. I know that the pain will not linger. This very absence of the expectation of a pain to become chronic is one of the major keys to breaking the cycle. I have understood the principle, and most importantly, that there is absolutely nothing wrong with my hands. 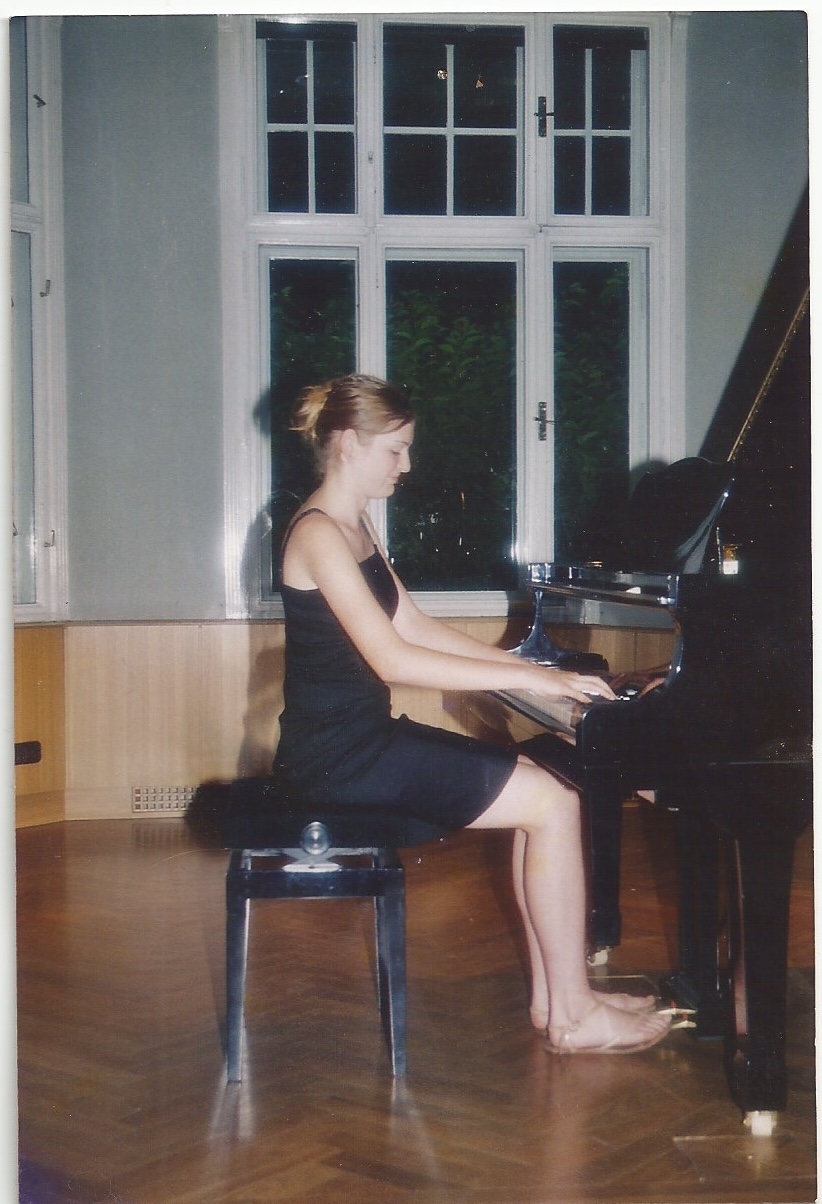 In Awe of Music

The experience of being unable to play for such a long period of time was absolutely horrible – an early existential crisis perhaps. At the same time, faced with the fact that I might never be able to play again, I realised just how much of a fundamental role music played in my life. It forced me to acquire a deeper understanding of the nature of chronic pain that will serve me as a life lesson.

It got me to understand the importance to look after the mind, as well as the body, and I do so on a daily basis. It violently threw me out of the path I thought I should follow and slowly guided me into a very different life that I could only have dreamt of.

I don’t take music for granted anymore. From the point of secretly accusing everyone around me for putting so much pressure on me, to cursing my hands and wishing that I could just get a new pair; I have reached a point of understanding and a deep gratefulness for the fact that I can play again – for as long, fast or slow as I want to. Having found my way back to a state of playful curiousity that I remember from my early childhood, I am in total awe of music.

Find out more about Learning Methods for Alexander Technique: http://www.learningmethods.com/what’s-the-opposite-of-perfect.htm