June 1985: I was at work in my garden shed, when I heard someone talking. I looked out and saw a man with a sub-machine gun. He was guarding the back of the old synagogue, that had become the Irish Jewish museum. President Chaim Hertzog, who was raised in Dublin, was opening it that fine day. Security was stronger at the front, and an ambulance with its engine running was at the door. Mr Hertzog did his duty and was whisked away.

There were few of his faith left in this quarter once known as Little Jerusalem. Their national school around the corner had closed, and its contents thrown into a skip. There I found old ledgers, listing those who had donated money to Jewish refugees from Germany. I gave the ledgers to the museum. It was a small place, but visited by people from all over the world whose parents and grandparents had lived here. The neighbours were proud of it. 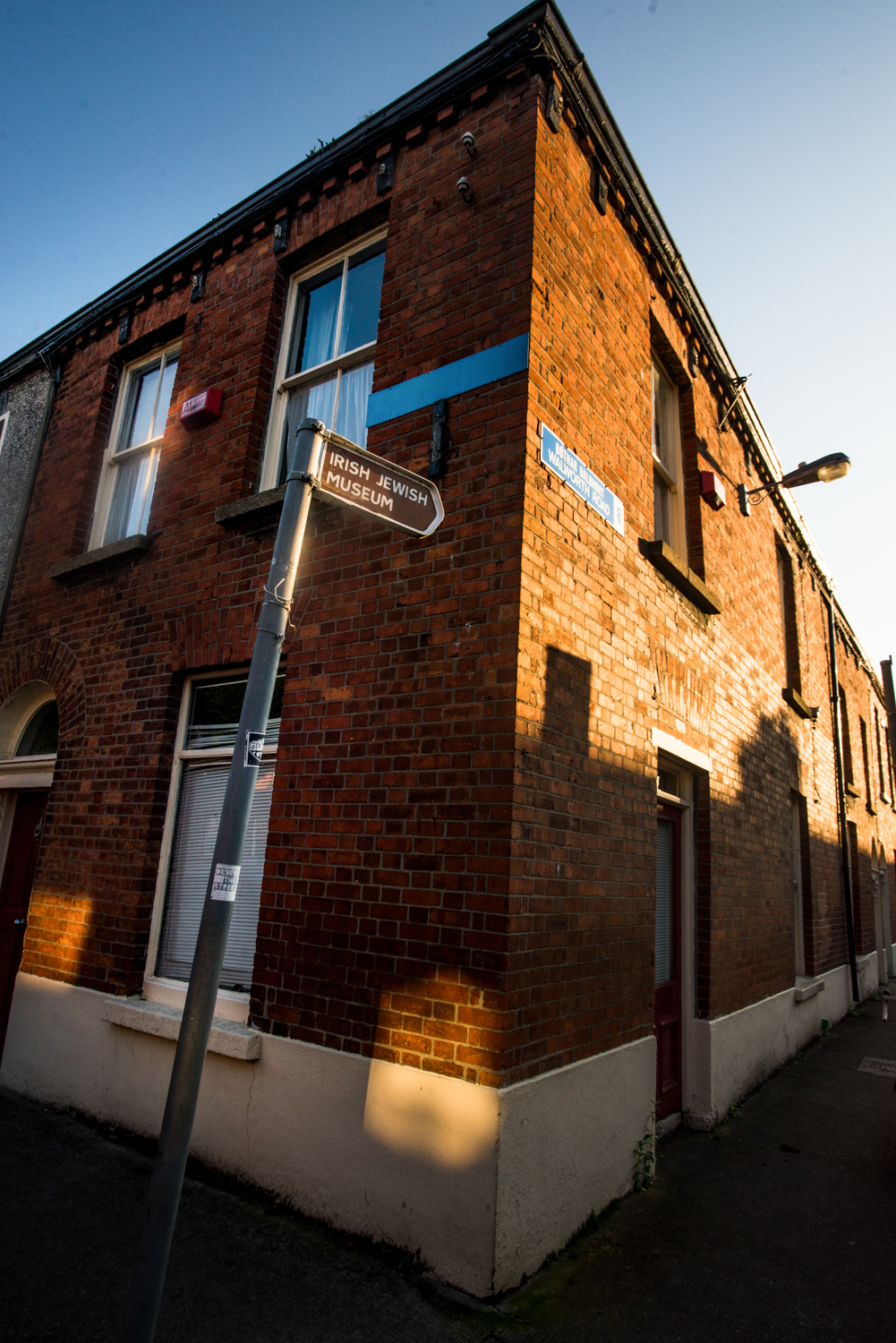 Almost thirty years later, I was again in my garden shed when I heard men talking at the back of the museum. Plans were afoot to enlarge it; the Office of Public Works was apparently in charge. I wrote to the OPW, asking if that was so. Soon afterwards I received a call from the museum’s new board, bothered by my concern.

When the plans were reluctantly displayed, the whole neighbourhood was concerned. The old synagogue ‒ the last one in the city – along with five adjoining houses would be demolished, and rebuilt in pastiche. A theatre would be built underground. The back gardens would be built over, to house an archive, a Holocaust memorial and restaurant. It would be guarded by bomb-proof concrete, shatter-proof glass, security lights, sensors and cameras.

This would enlarge the original museum by 600%. It seemed wrong to shove all this into one of Dublin’s smallest residential streets. We suggested that it be built on a bigger site. There was one vacant down the street opposite the Jewish bakery. Why not there?

Suggestions and objections were not welcomed. Residents hung out banners, but these were torn down, or slashed with knives at night. Cars were keyed, eggs thrown at windows. Local protest meetings were arranged by email; mysteriously, the emails were hacked.

In 2013, the year of the Gathering, the museum hosted a week of lectures, which the Israeli ambassador came to attend. Mysteriously, I could not receive BBC Radio 4 that week. When the lectures ended and the ambassador had gone, my reception returned. Presumably, the Long Wave had been blocked. It felt like the West Bank. The new chairman was from Israel, and seemed baffled by us. What was our problem? Planning permission had been granted. They had won.

The residents’ appeal was heard at An Bord Pleanala’s grimy building in Marlborough Street that same year. The museum’s lawyers, from London and Tel Aviv, exuded confidence ‒ rightly so. They had the OPW on their side, and a letter of approval from the Taoiseach. The appeal was refused.

A neighbour, recently retired from the higher ranks of the Civil Service, felt free to divulge the obvious truth. The government of Israel wanted a stronger voice in Ireland, to counter support for the Palestinian cause. The word was given to our government, who passed it on down the line. Planning permission was to be granted, and if locals didn’t like it, well, tough.

But the pesky residents persisted. The museum board’s crudeness and misjudgement backfired. The expected millions in US dollars did not materialise. The inflated project was abandoned. The old museum is still there, a small place that tells the story of a small community. May it flourish. 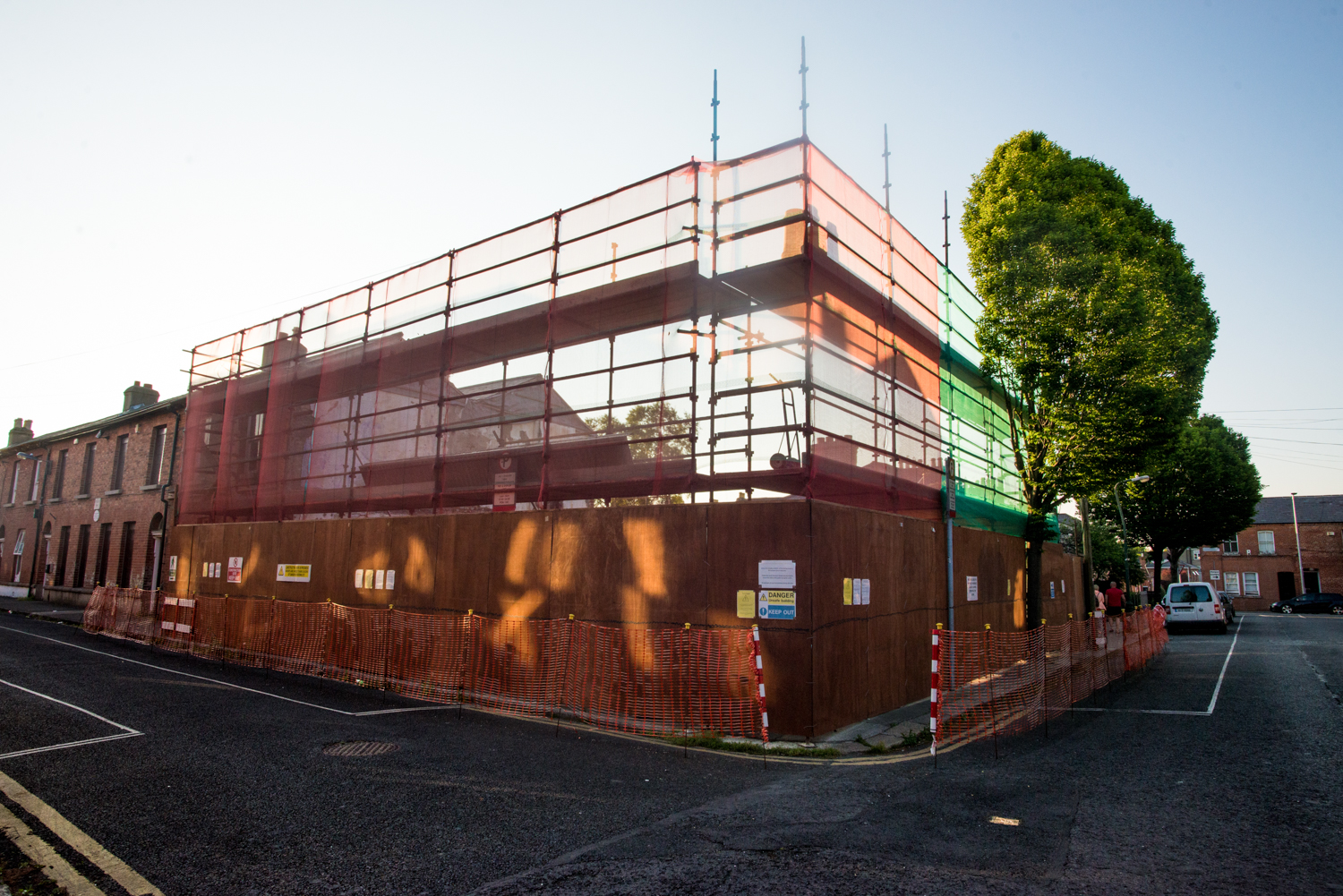