There is a strong impression of the same old story of the Troubles in Belfast, all over again. The new element is the pandemic affecting teenage lives. Words and images by Fellipe Lopes in collaboration with Daniele Idini.

It is hard to see a purpose behind the recent violent protests in Belfast that have fleetingly come to global prominence. On the ground, community leaders identify continuities, as recreational rioting is all too familiar, ever since the Good Friday Agreement of 1998.

There is, however, a perception that the intensity of this year’s disturbances are a product of uncertainties around the new Irish Sea border and Northern Ireland’s position in the post-Brexit context.

Brexit has clearly increased insecurity in the Unionist or Loyalist community, many of whom voted against withdrawal from the EU. Now the establishment of a commercial border between Northern Ireland and the rest of the United Kingdom, through the Northern Ireland Protocol, designed to protect the Good Friday Agreement, has created a sense of betrayal. This has hardened the rhetoric of struggle and conflict.

The Unionist side of the argument is that this creates further distance from the rest of the U.K. amidst a sense that they are the ones being sacrificed in the divorce from the E.U.. Moreover, talk of a possible United Ireland in the South and persistent grievances over the failure to prosecute senior Sinn Féin politicians for a perceived failure to abide by social distancing rules at the Bobby Storey funeral fans the flame. 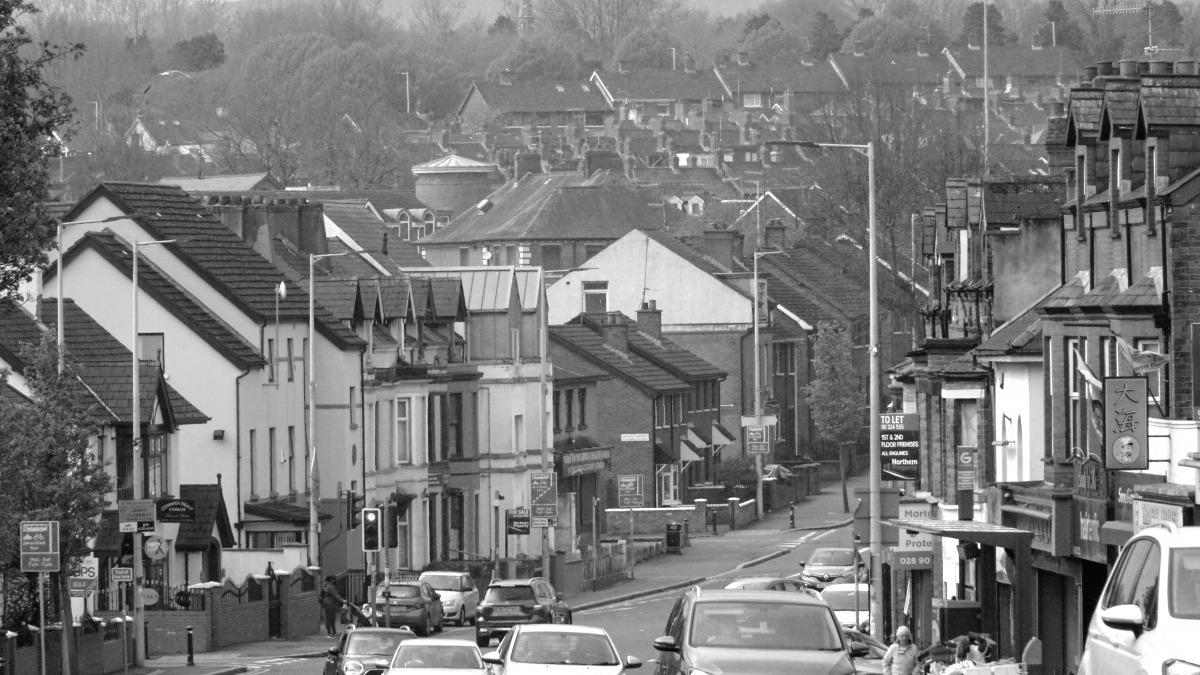 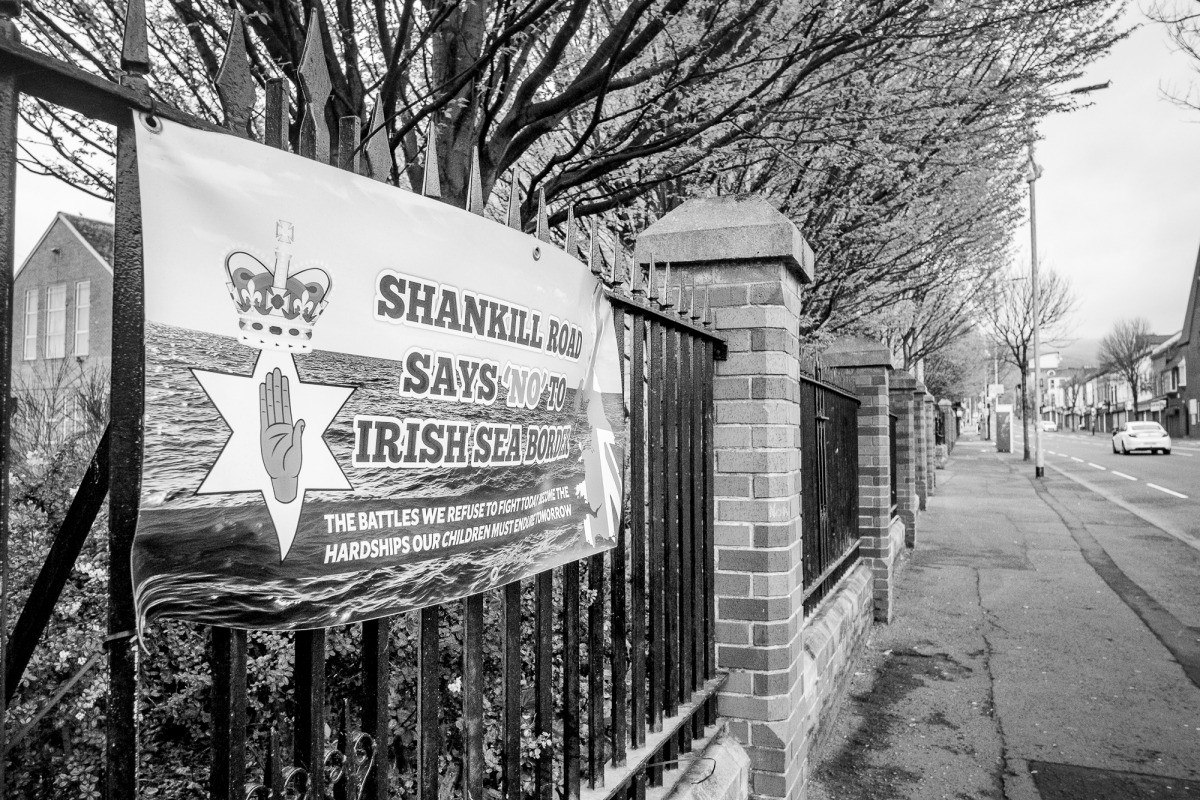 Added to all this, Northern Ireland’s lockdown has affected the lives of young people in particular: directly through extended school closures, and loss of job opportunities, but also by creating a despondency that leaves many feeling they have little to lose.

Finally, the long-standing educational segregation between Catholic and Protestant communities perpetuates a sense of “us” and “them.”

So, how to explain these violent outbursts? What is different now from the usual activities? And what role has the pandemic played, especially on the youth involved? We spoke to a politician John Kyle, an activist Eileen Weir and an academic Dr Katy Hayward to find out more. 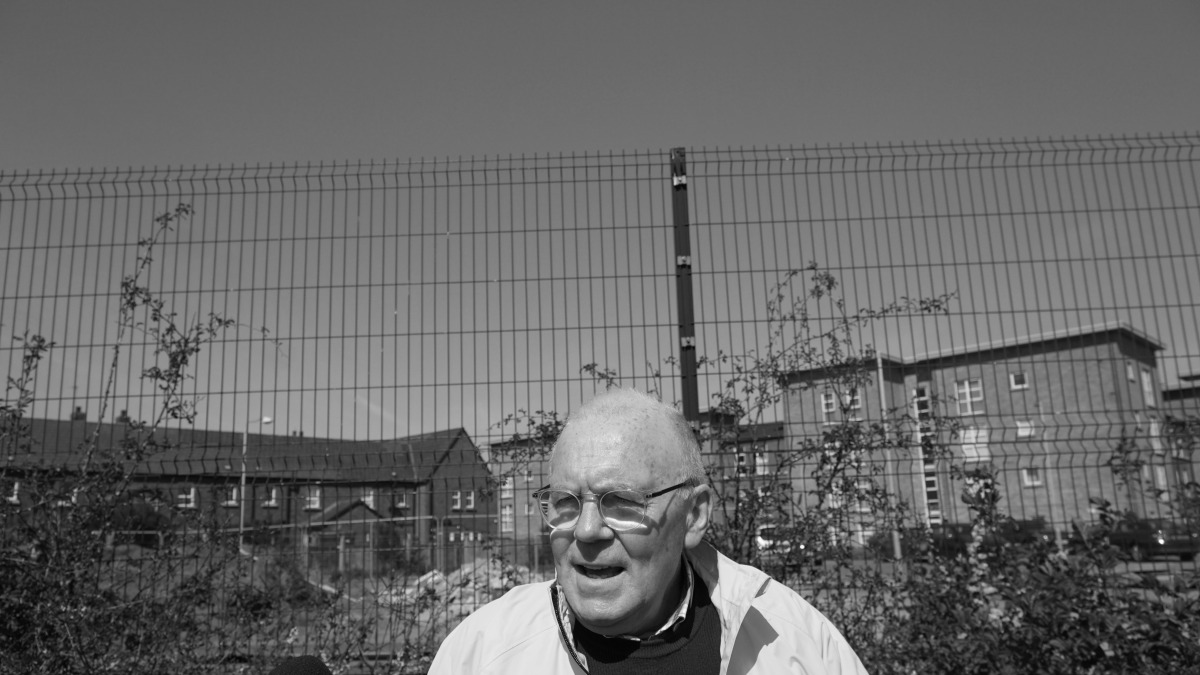 According to John Kyle, a Councillor on Belfast City Council, and former interim leader of the centre-left ‘Loyalist’ Progressive Unionist Party in Northern Ireland: 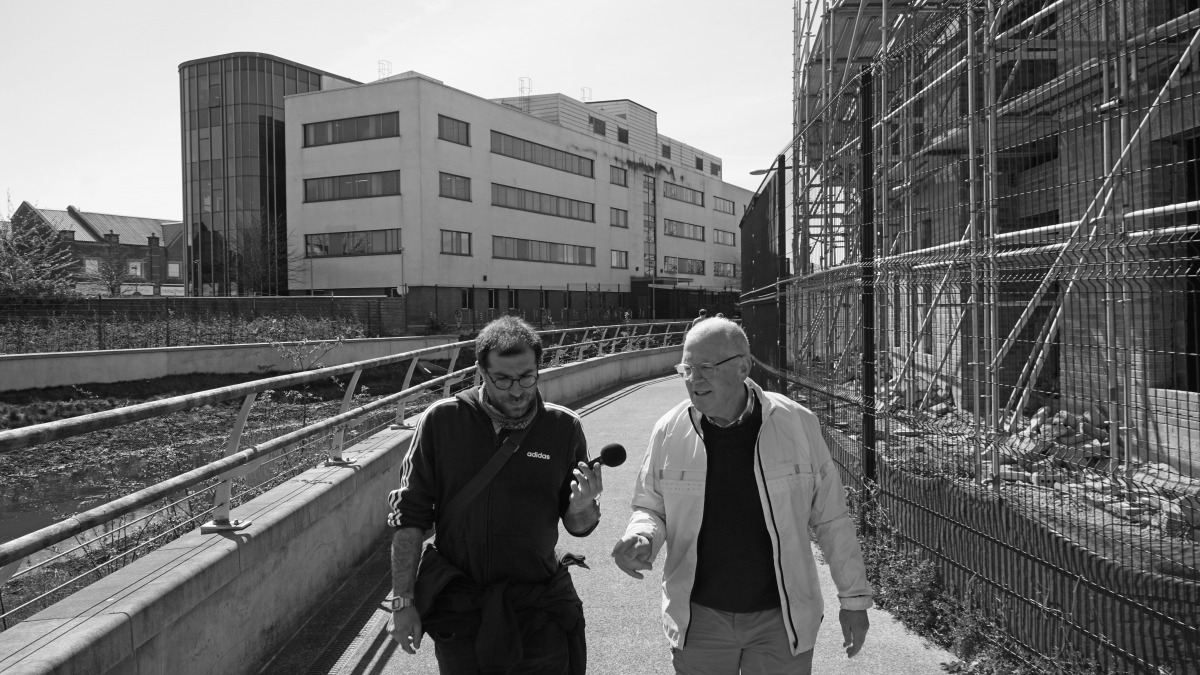 But Dr Katy Hayward, an academic and writer based at Queen’s University in Belfast says: 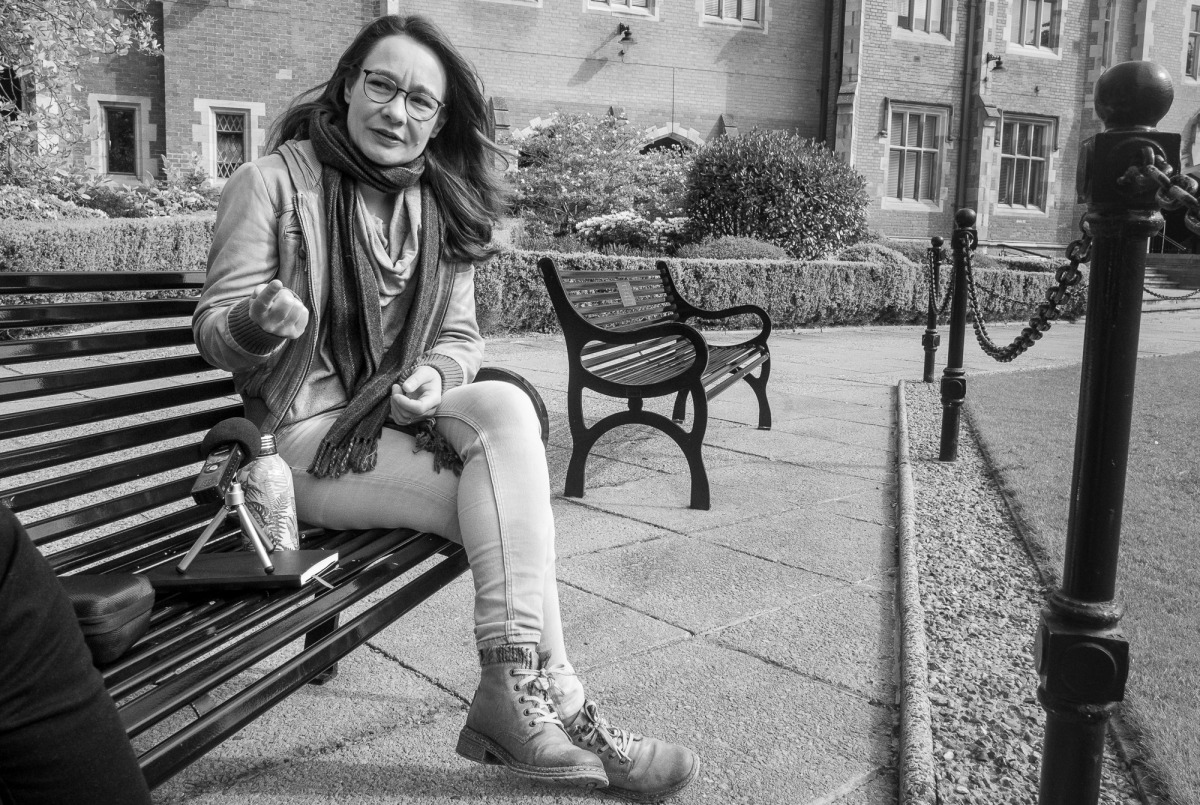 On the other hand, Eileen Weir, Peacemaker and Community relations worker at Shankill Women’s Centre speaks of persistent social problems: 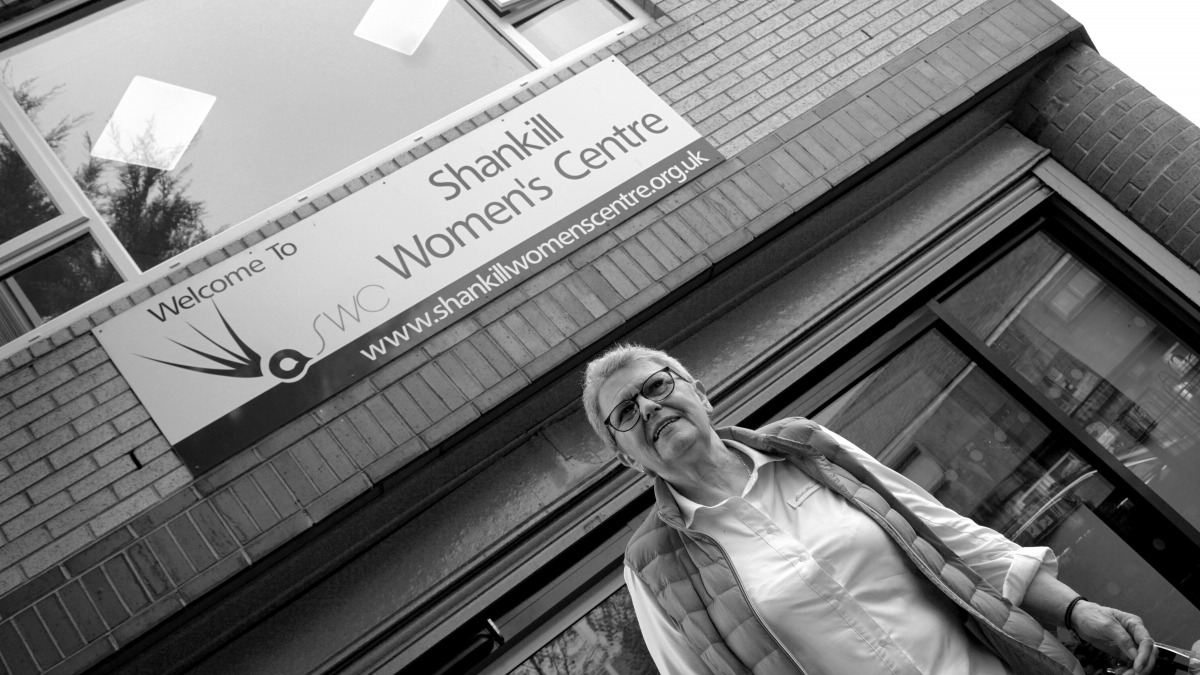 Walking around the predominantly Protestant areas of Shankill and Lanark Way, as well as in the Catholic Springfield Road and Falls, reveals a tranquil environment with bustling local shops, active community centres and friendly characters, more than willing to share their views on the current situation.

These are among the areas of Belfast most affected by the long period of the Troubles and the scars are apparent. Chatting to locals from both communities living alongside the so-called the Cupar Way Peace-Wall the general impression is of a desire to leave behind a troubled past. 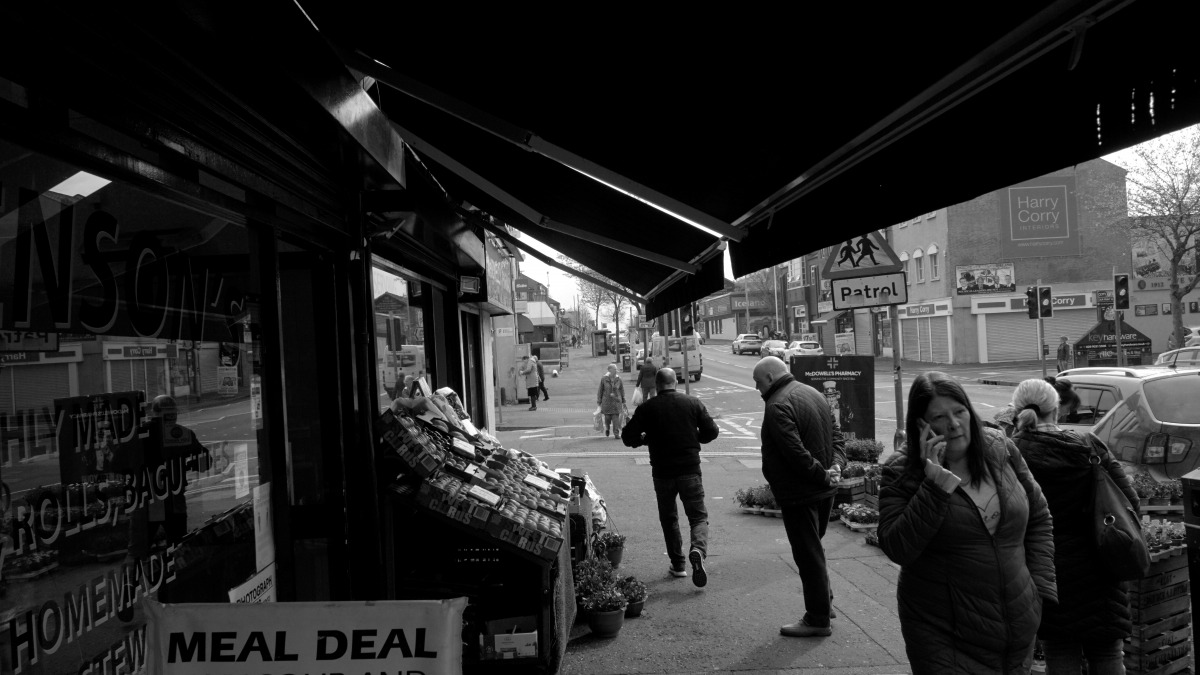 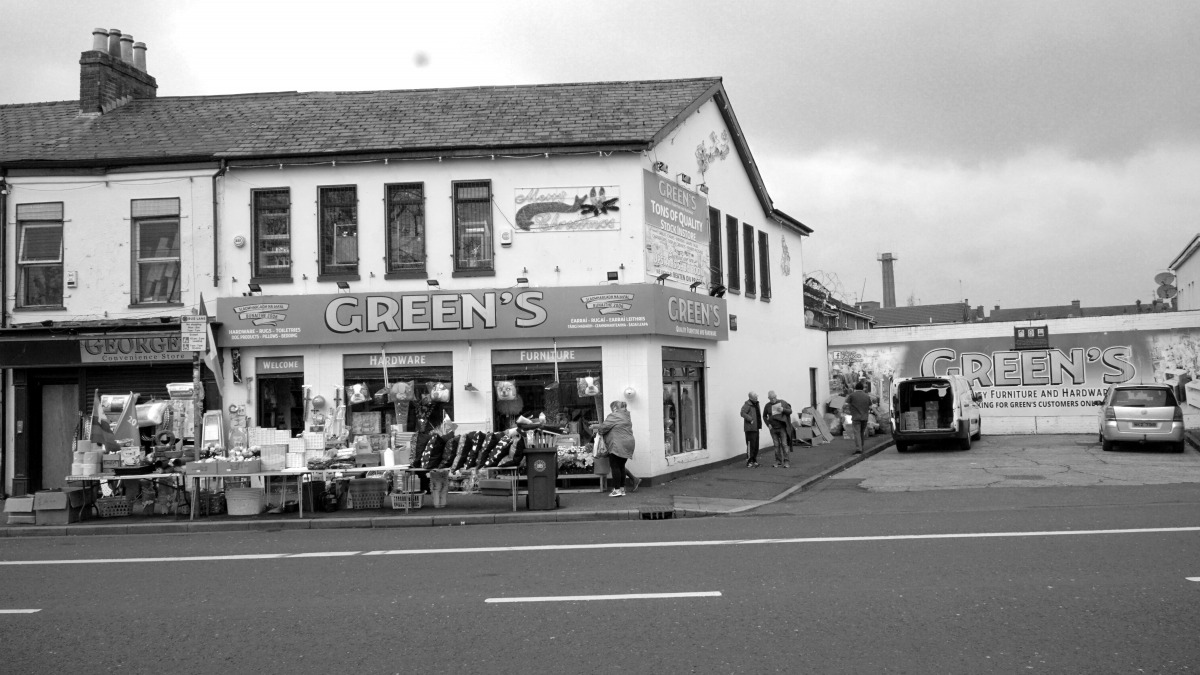 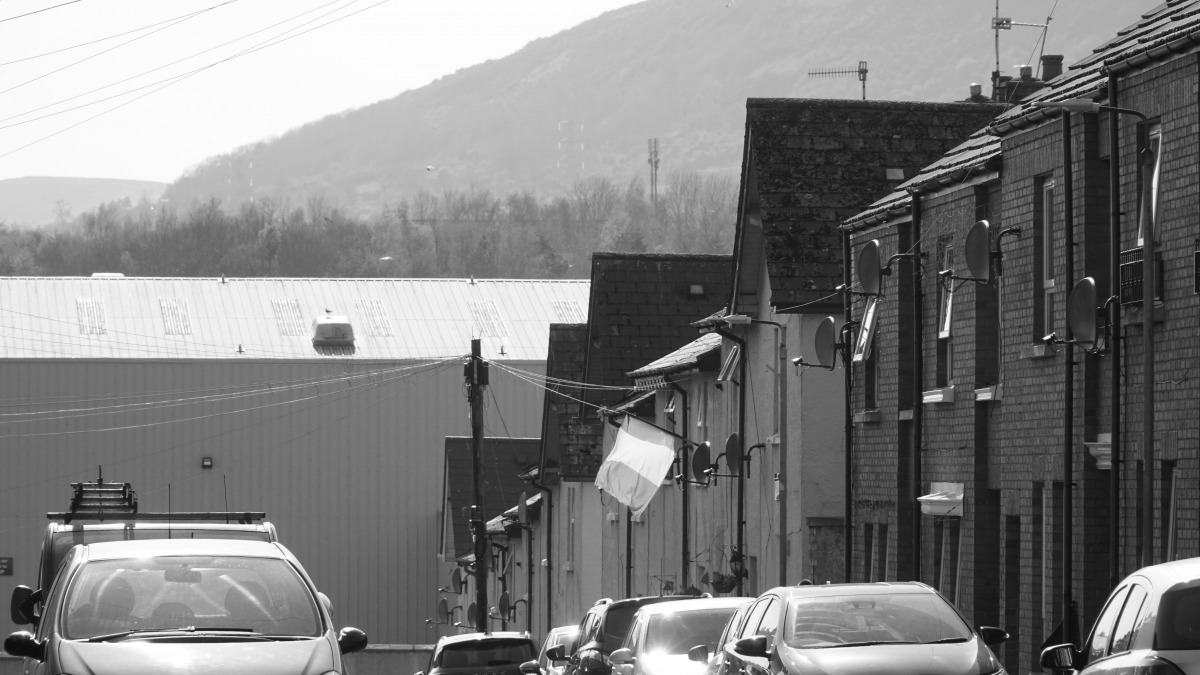 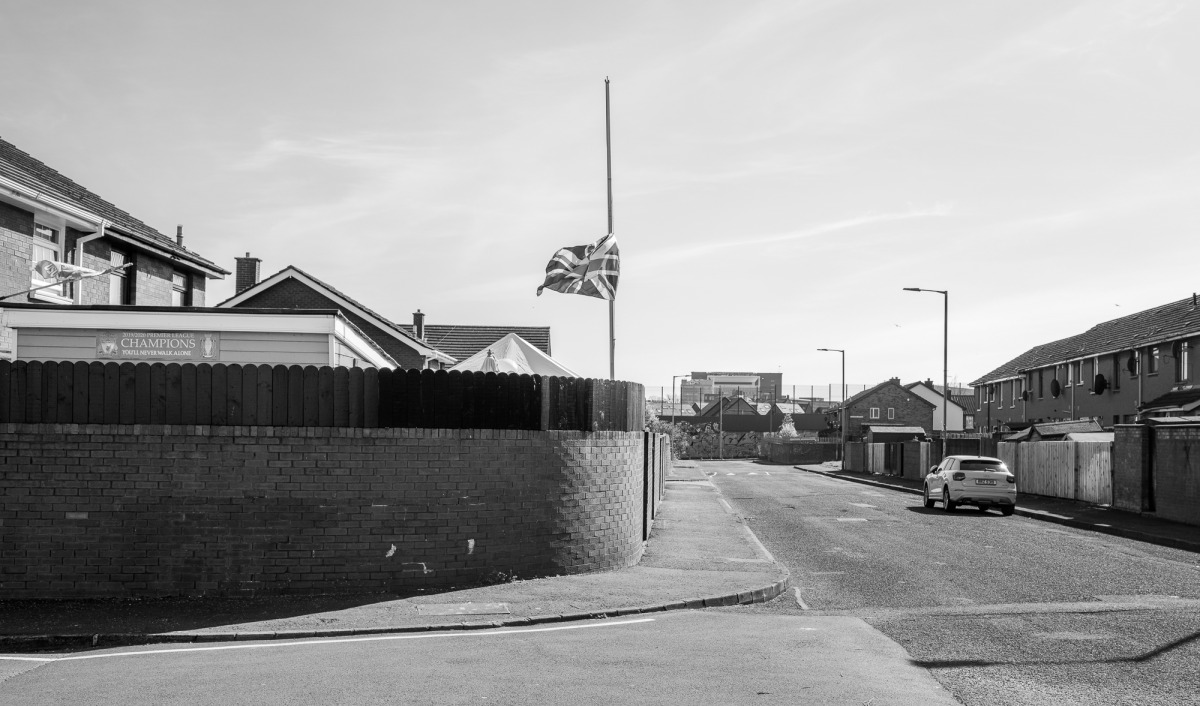 By Monday April 19th the moratorium on Loyalist protests in the wake of Prince Philip’s death had lapsed. That morning, in front of the Irish Secretariat, a two man protest against the Northern Irish Protocol, organised by the Loyalist Communities Council’s Chair David Campbell and former politician and co-founder of the group David McNarry, was in full swing.

Before long, however, it was interrupted by David McCord, whose brother Raymond was allegedly killed by members of the UVF in 1997. With a picture of his late brother in hand, he confronted the two men who were holding a banner that had appeared in different locations across Northern Ireland the previous night, addressed to the large media presence before them. 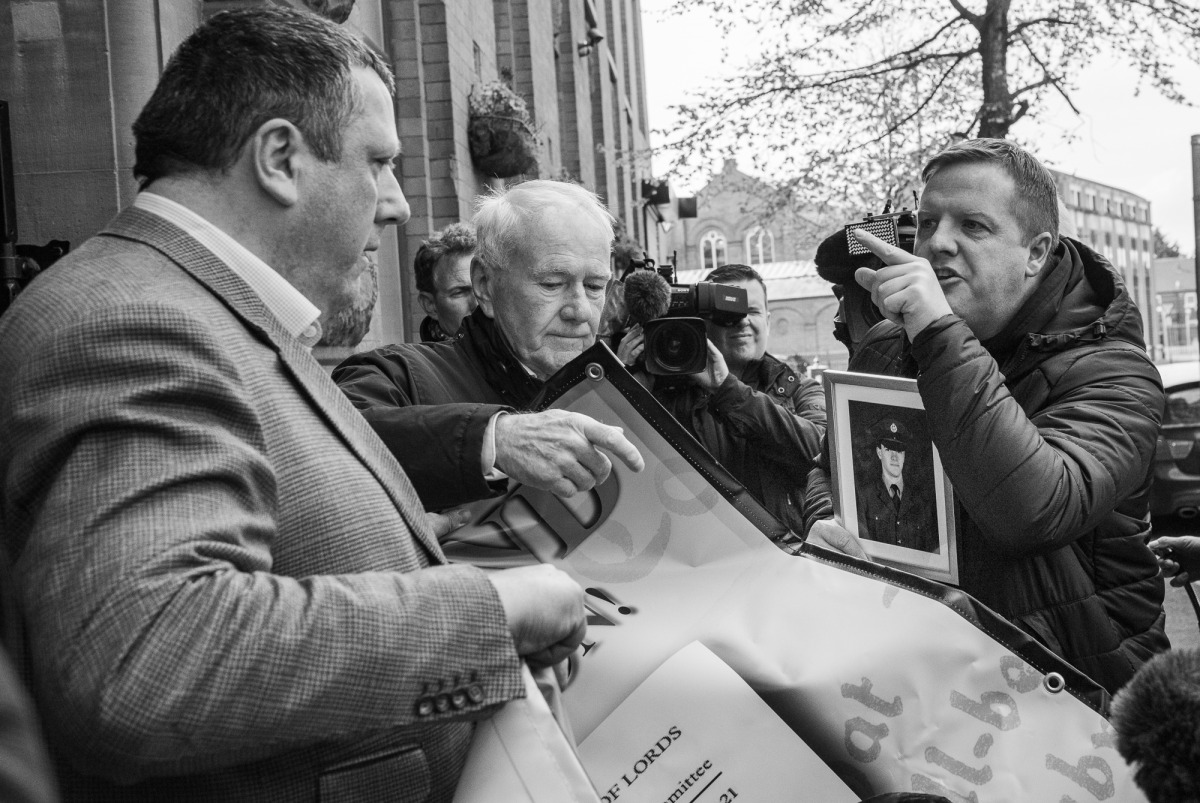 There is a big gap between the government and these communities that reflects uncertainties over the decisions being made, especially the government’s failure to recognise the serious impact of their policies. Our conversations in the neighborhoods reveal a lack of understanding of the practical implications of Brexit and the Northern Ireland Protocol. This incoherence is reflected in the seemingly pointless violence.

Now there is particular concern around the escalating misbehaviour of teenagers, leading shop owners in the affected areas to coordinate closures.

Meanwhile on social media, calls to resume Anti-Northern Ireland Protocol protests across the region started to circulate. This included tweets about one to be held that evening at Lanark Way, where in previous weeks the violent riots had taken place.

In the hours leading up to the anticipated protests on Monday April 19th in the Springfield Road area, rumours circulated about community efforts to prevent local teenagers from taking part. 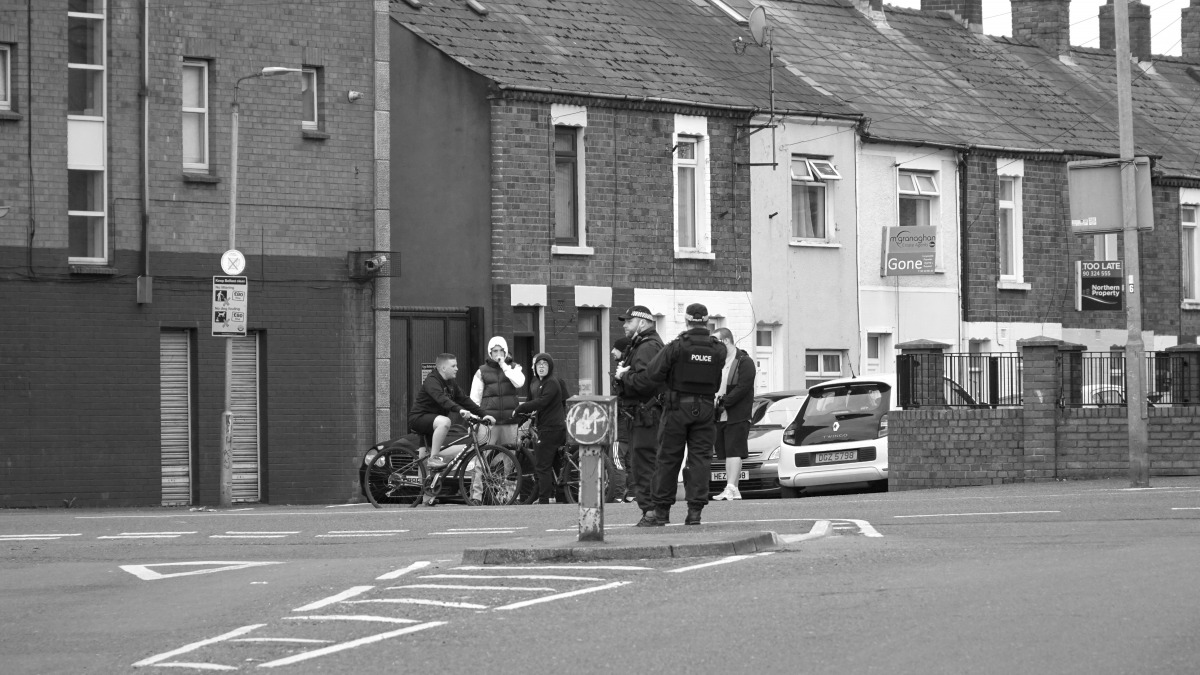 But by that evening approximately thirty teenagers were blocking Lanark Way on the Shankill Road side, setting fire to furniture and rubbish in the middle of the street. 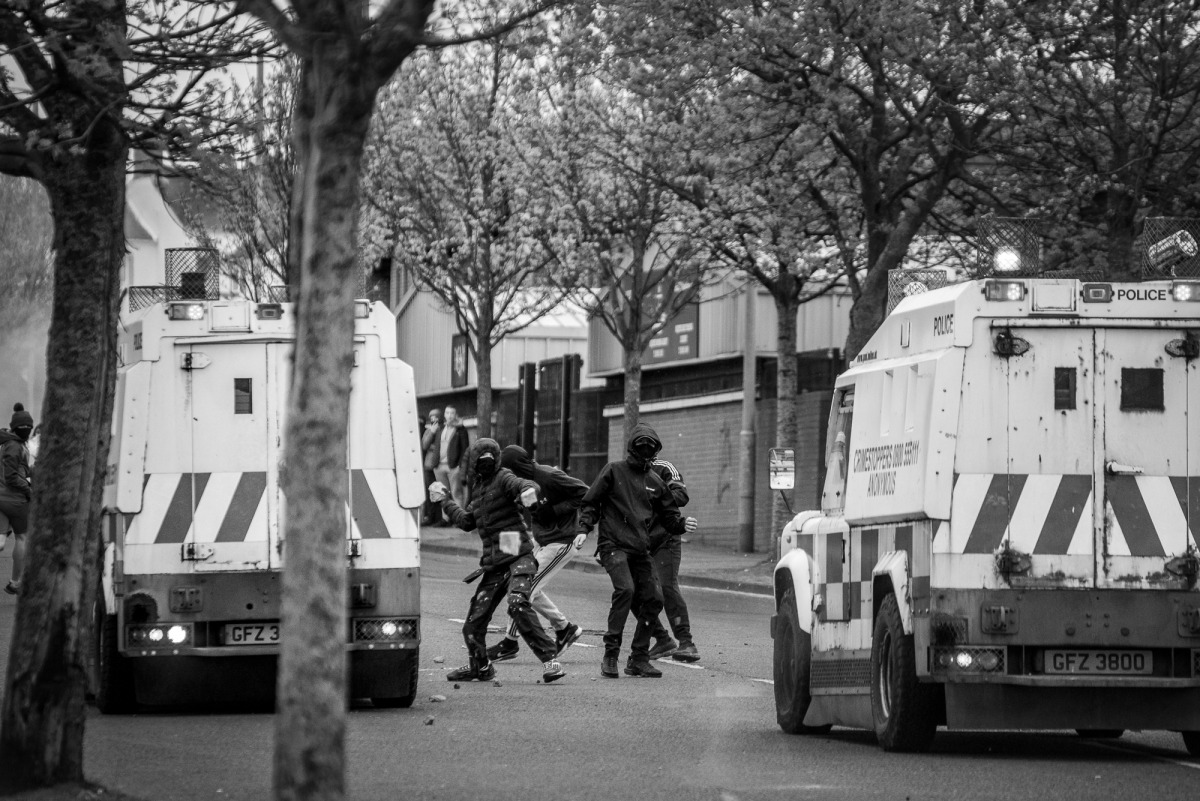 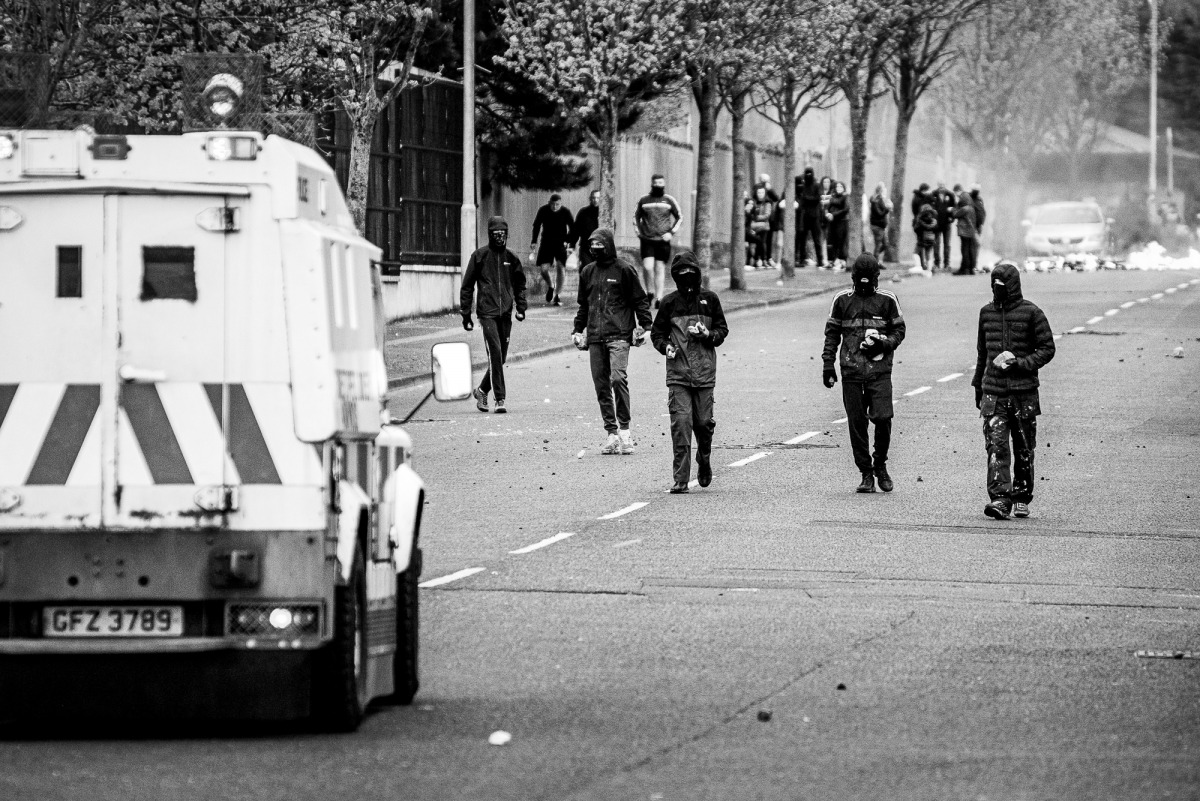 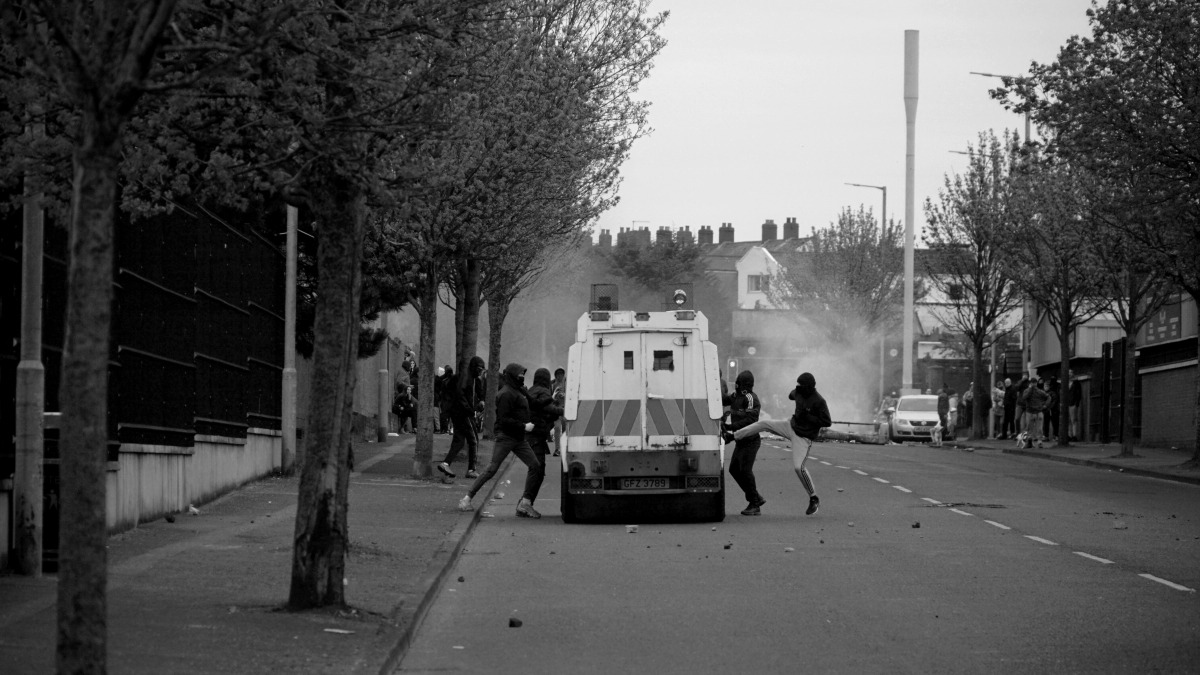 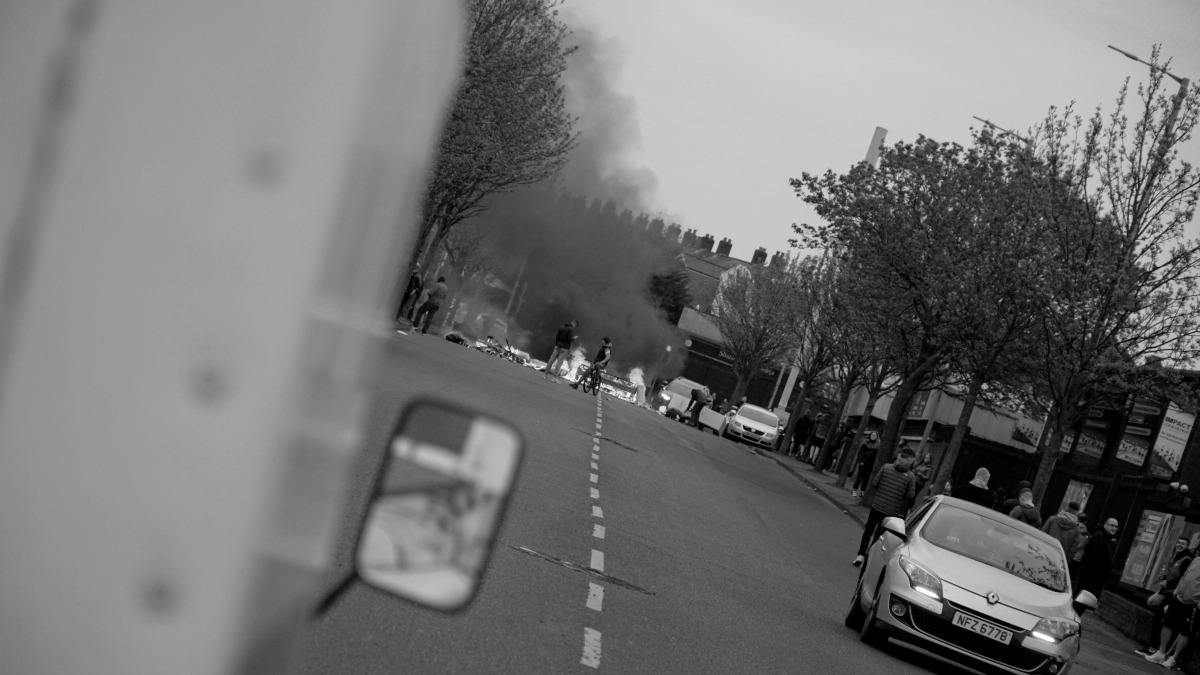 The protest soon descended into stones and pieces of iron being thrown at police cars. Over the course of the disturbances we saw no visible expression of what was motivating the protesters; no posters criticizing the governments, or otherwise communicating reasons for the violence.

After a couple of hours, the PSNI asked journalists to leave the area and move to Springfield Road, as they closed the gate. This raises an important question as to what happens in the fight between teenagers and the police when media outlets are absent. A lack of media coverage fuels growing resentment towards the PSNI. 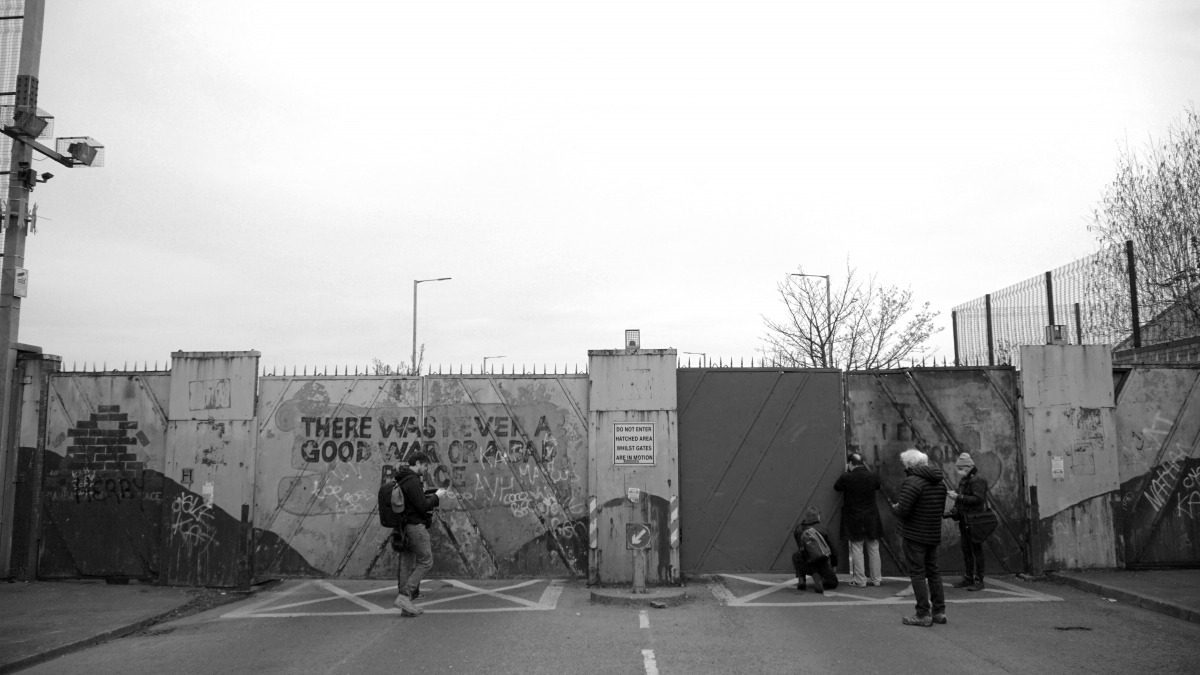 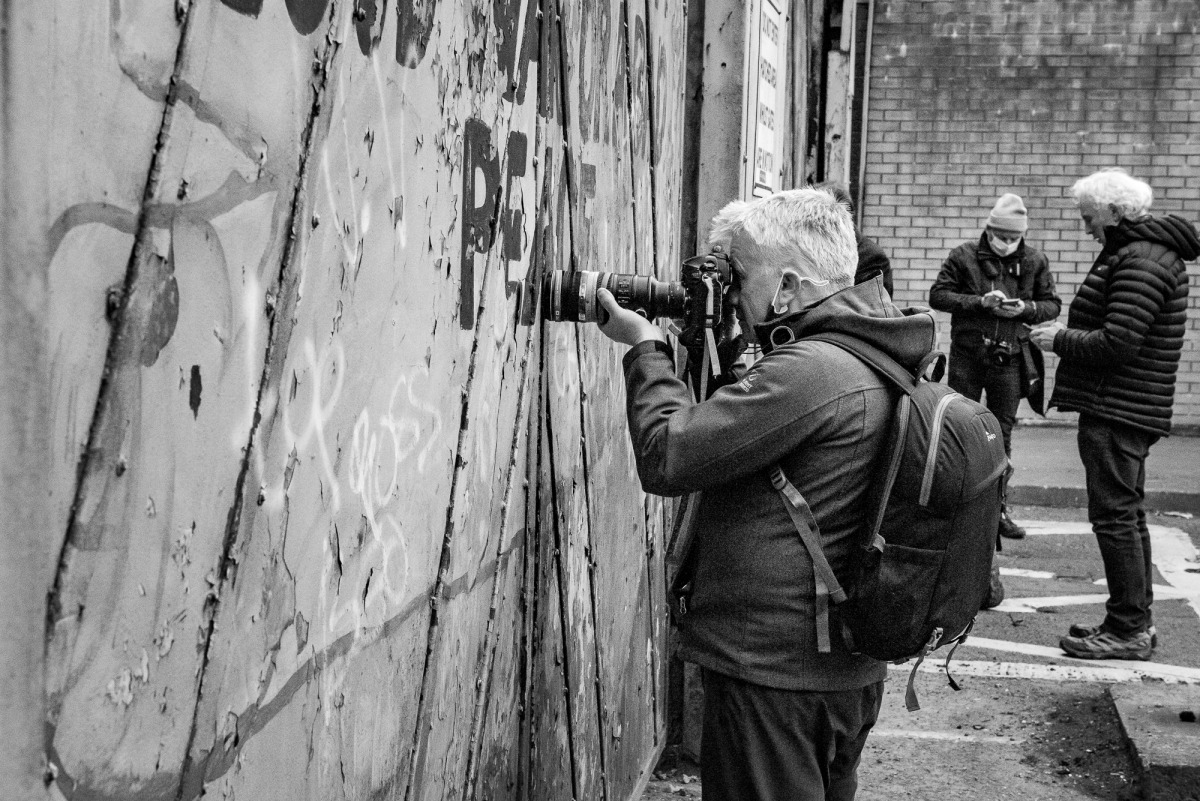 Katy points to this new antipathy towards the PSNI: 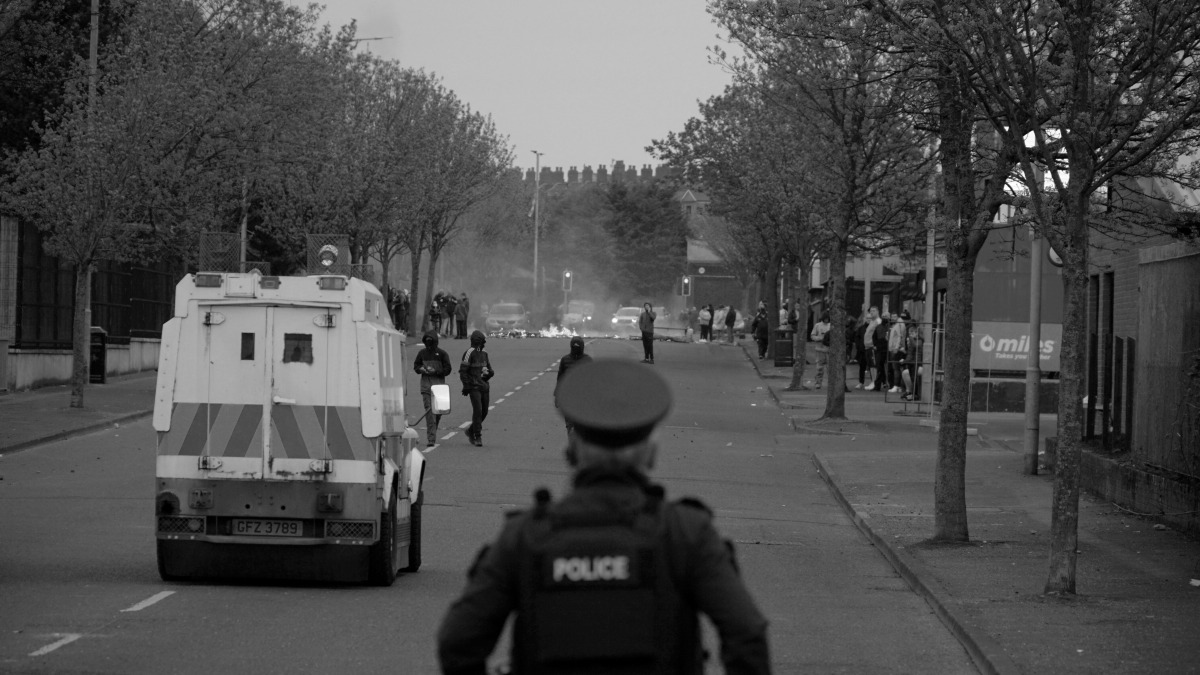 Another important dimension is the difficulty faced by women in particular during the pandemic, as Eileen puts it: 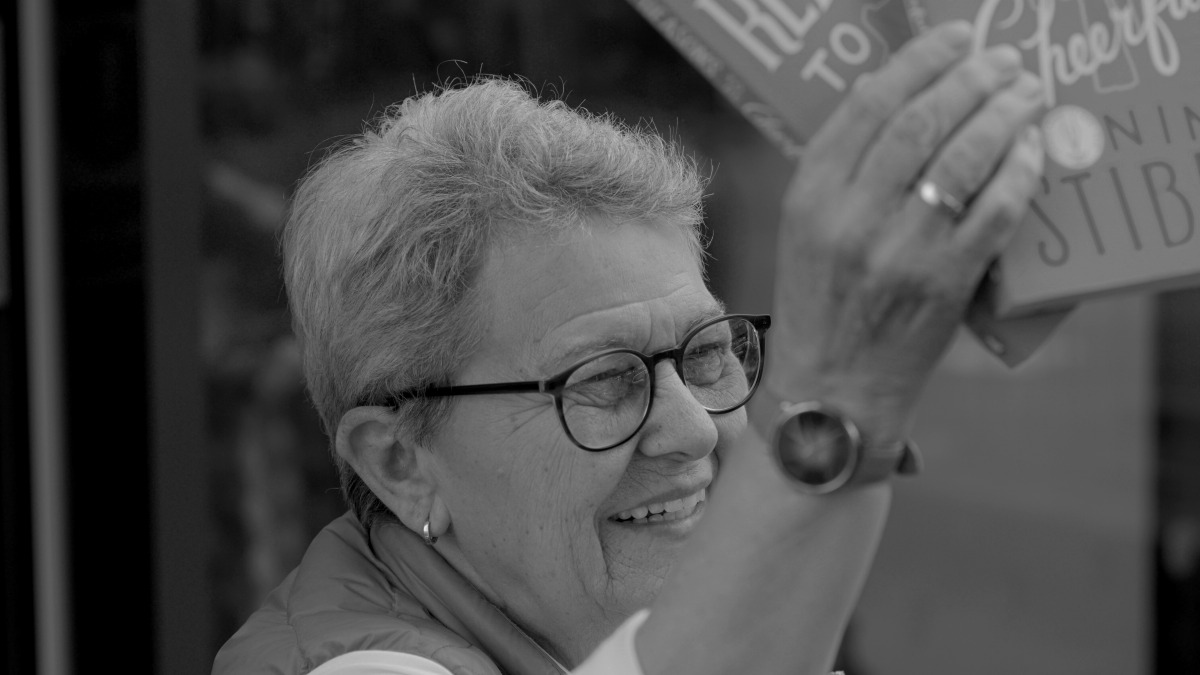 We also raised the question of a United Ireland and whether it is healthy to talk about this now. Katy said: 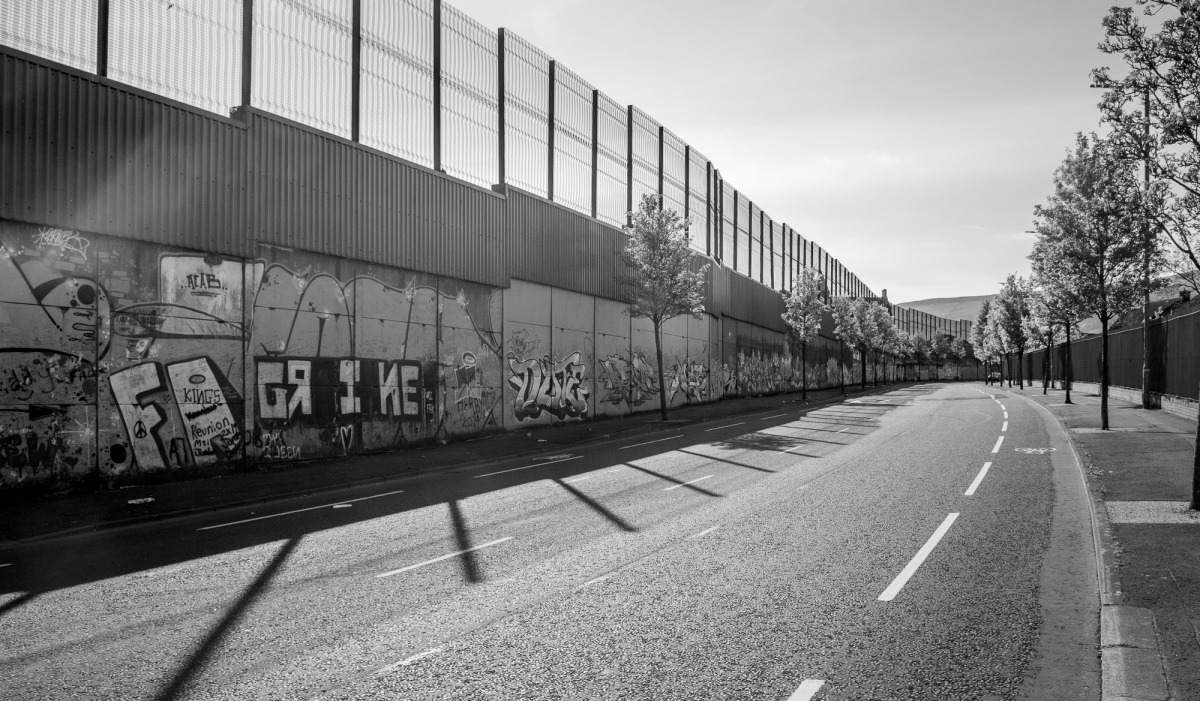 Right now there is considerable focus on the decisions that the governments are making. The other part is about the lives and futures of these teenagers. Several communities in Belfast have paid a high price for the lack of access to education and job opportunities. Teenagers are now paying this bill. With their futures appearing bleak many have been drawn into unsuitable activities.

Discussion of the protest should look beyond the intricacies of the Brexit deal and the Northern Ireland Protocol. Society and government should be forming a long-term plan for the social and cultural integration.

On the streets you see violence involving teenagers and a decisive response from the police. What we did not discover is whether external forces are guiding and supporting these teenagers. Perhaps the real question is who stands to gain from the disorder?

These communities are experiencing challenges very similar to what happened from the 1960s to the 1990s. The Good Friday Agreement created peace, but the record player is still playing the same scratched tune, with an extraordinary new phenomenon at play, which is the pandemic.

The response of these adolescents represents another side to the impact of the pandemic. Mental health problems present as an issue in the lives of many families. The social projects around the Shankill and Falls Road do their best, but at this point the government has a responsibility to intervene, not only through policing, but also with social supports, inclusion programmes, enhanced access to education, job opportunities, improved living conditions and greater support for social workers, and psychologists.

The pandemic is leaving a distinct legacy in Belfast: the ashes from the street bonfires; the stones hurled at police and journalists, and a new generation of teenagers accustomed to fighting the police. But the locals we spoke to all want peace and integration. They don’t want this generation to experience the same story as their parents.

The fear is reborn of a new chapter to the Troubles. What happened over the last few weeks in Belfast has reawakened fears in these communities. No doubt this is a political issue, but the psychological scars are borne by individuals, families and communities. 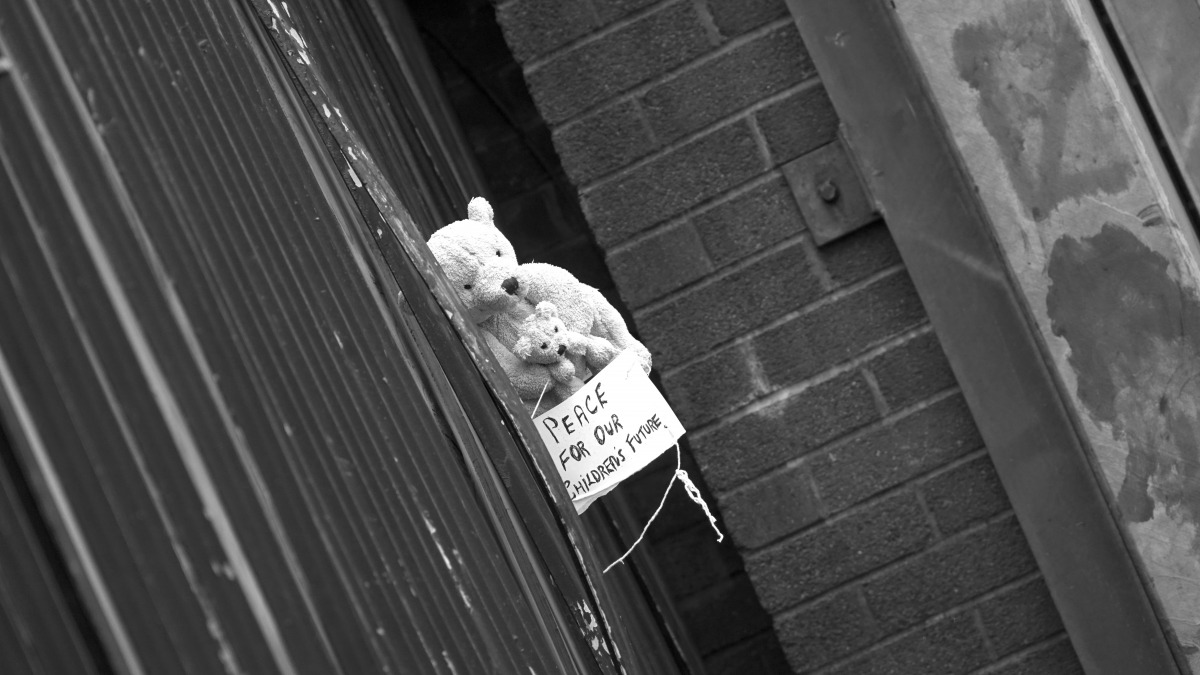 Fellipe Lopes is a documentary filmmaker and photographer, who has worked in the field of media production for the past ten years. Since growing up in Brazil, he has worked in over fifteen countries, and more than fifty cities, in Latin America, North America, Africa and Europe: from the dense urban landscapes of New York City and London to the mysterious natural world of the Amazon in Brazil. Fellipe believes in freedom of the press, in projects of social equality, support for environmental causes and good conversations about immigration, accompanied by good coffee and great Brazilian music.