The Office on the Parliamentary Legal Advisor (OPLA) was placed on a statutory footing in 2018, by amendment to the Houses of the Oireachtas Commission Act 2003, without so much as a press release, let alone media coverage of an important development. This entity is delivering a hammer blow to Irish democracy.

In the midst of the pandemic in 2021, Marc McSharry TD – an ardent supporter of whistleblowers – tabled a number of parliamentary questions (PQs) on my behalf. These mostly concerned the apparent widespread use of bogus medical doctors across state agencies.

All of these questions were shot down, however, under Standing Order (SO) 45, which inaccurately claimed they weren’t questions of ‘fact of policy’.

The final PQ was euphemistically ‘amended’, but was in reality an entirely new PQ, drafted so as effectively to give legislative approval to the practice of using bogus doctors, fraudently claiming to hold medical council registrations.

These doctors are used, in particular, in the Department of Employment Affairs and Social Protection (DEASP) and are paid a sum for each client they cut off disability payments. All doctors reviewing cases in the DEASP are obliged to be registered with the medical council.

The PQs raised on my behalf were signed off on by Leas-Cheann Comhairle, Catherine Connolly whom I implored not to put the replies on the Dáil record, as I explained it would be a violation of Standing Order 45 to alter a PQ without consent.

However, Catherine Connolly doubled down, claiming PQs can be ‘amended’ under SO 45.

Yet the provision of SO 45 states that PQs can only be amended in ‘consultation’ with the Deputy raising them, which did not occur.

Despite being furnished with a copy of standing order 45, Catherine Connolly bizarrely wrote to me and Deputy McSharry that the replies were going on the Dáil record, and she was ‘not re-visiting’ the matter. This effectively gave Dáil blessing to serious malpractice.

I was entitled to an appeal before the Committee for Parliamentary Oversight and Privileges (CPPO) but, before I could make a submission, I received an unsolicited letter from the Cheann Comhairle Seán Ó Fearghaíl erroneously claiming I had no right to an appeal to the CPPO.

I then engaged the service of a solicitor (at my expense), and only after two solicitors’ letters was my right to a CPPO hearing established with the Cheann Comhairle, who wrote to say he had given my submission to the clerk of the CPPO.

Matters did not end there. After this I encountered the sinister entity that is OPLA. 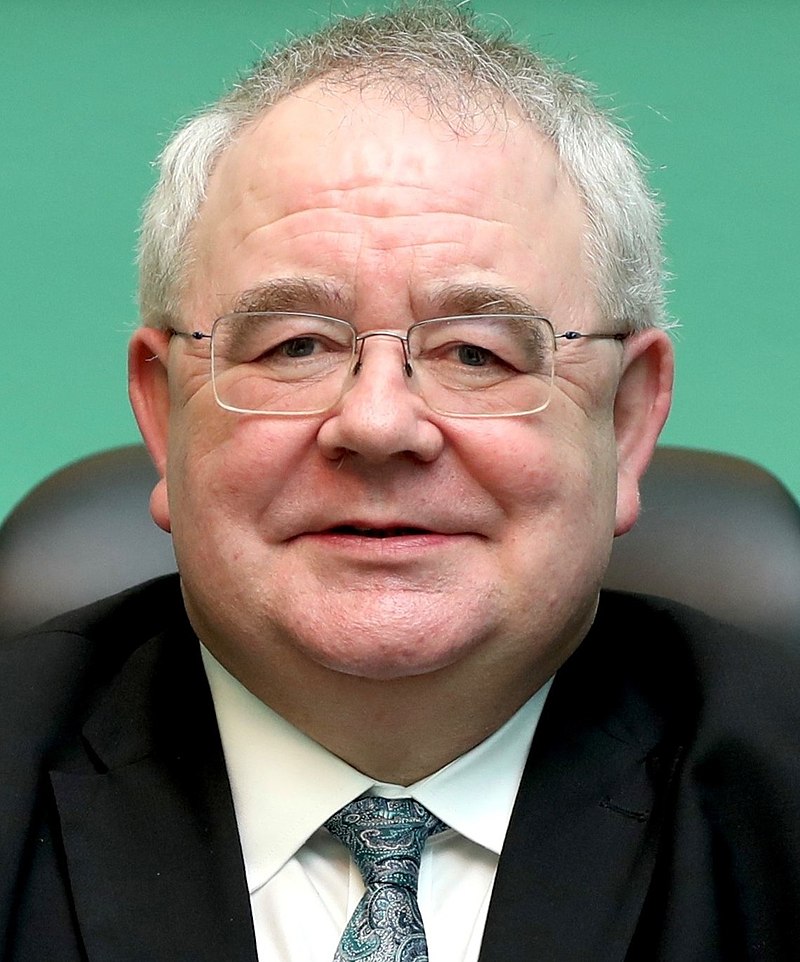 I had requested that another committee member chair the CPPO for this case, as the usual chair Seán Ó Fearghaíl, and his deputy, Catherine Connolly, had questions to answer. My request was refused, however, by the Office on the Parliamentary Legal Advisor (OPLA).

Then I sought to appear as a witness. This too was denied. Finally, I received a brief email from the Committee clerk, a middle-ranking civil servant, saying the case had been heard on April 6, 2022, and had found against me, and that the Cheann Comhairle had chaired it.

I received no reply from the Committee clerk to further enquiries such as whether the requisite quorum of eight committee members were in attendance. I did, however, receive a high-handed reply from a ‘legal counsel’ in OPLA, conveying what I now know to be an inaccurate account of the hearing.

Having checked with members of the Committee, it appears my case was never heard and, my submission was not circulated to the Committee members. This is a breach of Standing Order 118.

OPLA circulated a number of further authoritarian letters defending the Cean Comhairle’s right to chair the meeting, while maintaining that there had been a hearing by the CPPO in the first place.

In response, I challenged Ms Quinn and OPLA as to what Dáil Standing Order allowed the unit to intrude on – and indeed unconstitutionally usurp – the work of any Committee of elected representatives of Dáil Eireann? To this I received no reply.

I did, however, receive a number of further, intimidating, letter from OPLA, thereafter unsigned.

In response, I put them on notice to the effect that this constituted harassment and pointed out that they were trespassing into the constitutionally sacrosanct domain of the Ceann Comhairle, and the Oireachtas. I asked the head of OPLA for the Dáil Standing Order allowing for it. To this I again received no reply.

Further enquires reveal that the OPLA quango evolved from containing just one legal advisor, Melissa English, in 2007, to twenty-four legal experts in 2018!

English had been a sole independent legal advisor in the Houses of the Oireachtas but, according to a March 2019 article in Eolas magazine, ‘under her stewardship it is now a statutory office comprising a multi-disciplinary team of barristers, solicitors, legislation drafters and specialist researchers.’

The article goes on to quote English saying, ‘the OPLA unit had to be structured and resourced over the last 12 years.’

Eolas magazine reveals further that OPLA emerged from ‘a report of a retired civil servant Dunning in December 2016’, and it led to a Dáil sub-Committee headed by the Cheann Comhairle for the establishment and vast expansion of OPLA, including the provision for the head of OPLA to be appointed a deputy Secretary General in the Houses of the Oireachtas.

The function of OPLA is supposed to be tripartite: to give legal advice to Oireachtas members; to help draft legislation in Private Members Bills; and to defend the Houses of the Oireachtas in court challenges.

Furthermore, English flagged the ‘colliding rights of parliamentarians to absolute privilege in respect of their speeches in the Dail and the, sometimes competing rights of outside persons whose personal constitutional rights can be adversely affected by this speech’ as part of the justification for her bloated unit.

I maintain that English and her legal heavy gang have copper-fastened gross medical malpractice implicit to the use of unqualified medical practitioners by State departments and agencies.

So much for the constitutional rights of citizens, English appears to have seen no problem giving parliamentary blessing to a seriously problematic practice.

Furthermore, English appears to have seen nothing irregular about government Departments and Oireachtas civil servants distorting PQs, or the Cheann Comhairle apparently misleading me in correspondence.

The Leas Cheann Comhairle Catherine Connolly who signed the PQ responses ought to be aware that OPLA has exceeded its remit, violated the Oireachtas and conveyed falsehoods about a phantom hearing at the CPPO in April this year. I argue that she is deepening her original violation of SO 45, and failing to correct the records of the Dáil arising from the distortion of the PQ. She is also failing to correct the erroneous assertions of OPLA. 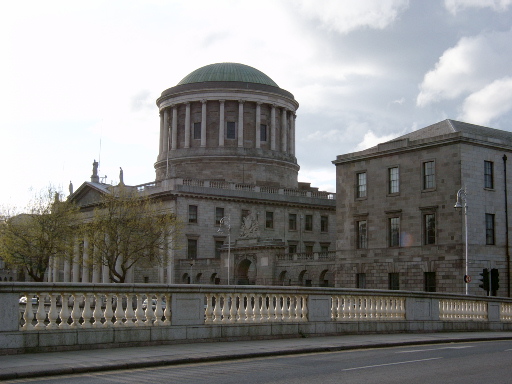 Violation of Separation of Powers

I wrote to Melissa English on October 15, 2022 regarding the intrusions of OPLA into the workings of a Dáil Committee.

Yet, to date, I have received no response from her to these questions I raised.

Micheál Martin responded that the Cheann Comhairle’s office was independent. It begs the question: who exactly will deal with the constitutional impasse that has emerged in this case?

It appears that OPLA is ensuring that in certain circumstances a PQ cannot be asked on behalf of a citizen. Nor can a citizen access a Dáil Committee to redress the injustice of a wrongful PQ.

How, one wonders, did the Oireachtas ever function before the recent creation of OPLA and its band of twenty-four legal heavy hitters?

The answer seems obvious. OPLA is designed to muzzle the Oireachtas. That is perhaps why no press release attended its creation on a statutory footing and its wide expansion in 2018.

It is an authoritarian quango which has mushroomed from one legal advisor to twenty-four in the space of twelve years. Masquerading as a helpful entity, its real purpose is to snuff out a crucial function of our parliamentary democracy.

Given OPLA’s total staff, including clerical and twenty-four legal officers amount to thirty-six, we may assume it costs at least €5 million per annum.

The spend was signed off on by the Department of Public Expenditure and Reform under Robert Watt as Secretary General and Accounting Officer. Perhaps this explains Robert Watt apparent contempt for Dáil Committees.

Democratic accountability compels a total dismantling of OPLA in its present guise. One does not need to be a constitutional lawyer to see that it is glaringly unconstitutional.

Bernadette Gorman joined the civil service in 1981 having earned an Arts degree in UCD. She worked primarily as an inspector with statutory powers for twenty years.