Bob Hope once wisecracked: ‘the choice between Carter and Regan was not so much the choice of the lesser of two evils, as the evil of two lessers.’ In Brexit-land that joke has transmuted into one about the difference between Boris Johnson and Jeremy Corbyn.

The Irish media, as ever, are looking at this election through a narrow prism of self-interest. A hard or soft border; opposition of the DUP to a United Ireland; the noxious brew of tribalism and nationalism.

The sideshow of whether the North will be within a Customs Union occludes profound questions. A Tory Government minister has announced, in effect, that within fourteen months all E.U. nationals will have to ‘regularise’ their residency status, with a discretionary right to withhold a leave to remain.[i] That is the really serious repercussion of Brexit for hundreds of thousands of Irish citizens living in the U.K..

Michael Gove – a man for whom the term Machiavellian might have been invented – whose statecraft is overlaid with a pretence of humanity, alongside juvenile humour, murmurs about repatriation of immigrants après la deluge.

With the extradition of ‘undesirables’ proceeding apace, historic crimes will be used to determine the right to continue to reside – ‘at her majesty’s pleasure.’ I have never taken a word of Gove’s seriously – intellectually that is – though I do have a soft spot for his comedic turn. The phrase an Englishman’s word is his bond, need not necessarily apply to Scottish Tory – et tu Michael. 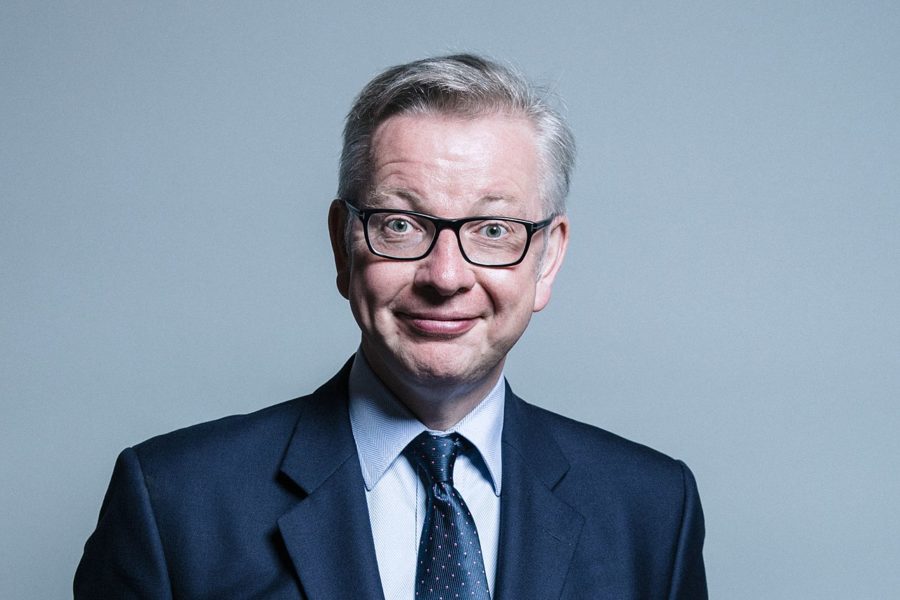 Michael Gove, ‘for whom the term Machiavellian might have been invented’

It is a noticeable in my criminal defence representations that extradition matters which, hitherto, were settled as a matter of course are now revived, particularly where Eastern Europeans are concerned. Spengler’s proto-fascist text The Decline of the West (1918-22) seems a la mode. Across the world, we witness a rise in irredentist racism stigmatising ‘degenerate’ races and lifestyles, the demonization, exclusion and elimination of the ‘other.’

Decisions as to who can stay and who is showed out the door are based, increasingly, on an economic calculus – a cost-benefit analysis of life – meaning a corrupt Russian oligarch is likely to get the nod ahead of a political dissident.

The fool in King Lear advises: Have more than you show. Speak less than you know, an approach that Boris Johnson has very much taken to heart. After Brexit, in all likelihood, the National Health Service will be on the table – Trumping smokescreen denials aside – no doubt involving the nefarious orc that is Steve Bannon. Soon free medical treatment will be restricted to U.K. nationals, permitting an insidious soft entry, engineered by Big Pharma Americans, before the ultimate coup de grâce of privatisation.

Johnson’s commitment to the NHS during the election campaign is purely tactical; indeed he once described it as a ‘top down, monopolistic’ system.[ii]

EXCL: New clip unearthed exclusively by The Red Roar shows Boris Johnson call for the break up of the “monolithic, monopolistic” NHS in 2002 speech. https://t.co/F9OsLfh6g9 pic.twitter.com/vNLpMSCB2u

The lethal trade agreement – T.T.I.P. all over again –  will facilitate Canadian and American corporations to sue the living daylights out of employers who dare to extend pensions, health care and a quality of life. I have no doubt these restrictions will form part of any trade deal.

What we are seeing is the imminent dismantling of the welfare state, the end of the Bevanite social compact, and abandonment of Keynesian intervention.

Brexit is, however, a complex conversation, also based on the failure of the European Union to live up to its principles. It has imposed a savage, doctrinaire austerity that has seriously undermined the social structure of Ireland and Greece. So really Remain is just a lesser of two evils, with Germanic autocratic lunatics at the helm.

British decency misguidedly seeks a degree of moderation, fair play and reason in the European Union. Good luck with that. Brussels is a hotbed of lobbyists and bureaucrats, playing career snakes and ladders.

Brexit was born of a perception that multiculturalism and mass immigration had failed. It’s a sad irony that the uncritical endorsement of open borders by the left actually contributed to people trafficking, money laundering and a heightened terror threat. Moreover, visceral dislike of Israel has engendered antisemitism on the fringes of the Labour Party, which Corbyn failed to stamp out adequately.

Neo-liberalism is a false paradigm, voodoo economics issued by the church of scientology. It is not just a European consensus, but a world delusion. At least the U.K. is now debating the issues.

The Irish ambassador for neo-liberalism is that bland consumerist bon viveur David McWilliams. In recent articles he has hailed the Berlin Wall as a triumph of capitalism for Ireland.[iii] Now he crows in Dublin wine bars to pseudo-sophisticates about corporatism providing jobs for tech workers who pay most of their salary in rents to what remains of the bourgeoisie – his people. 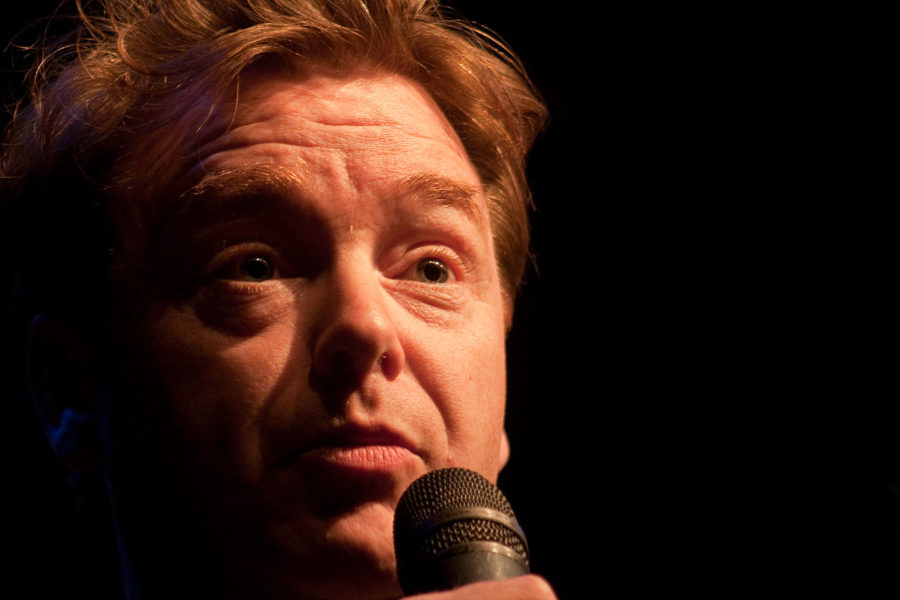 Well David you and your comprador class of charlatans facilitate the siphoning of funds into Canadian and American vulture funds fronted by Goldman Sachs. In Ireland the ‘powers that be’ will keep workers on short term contracts, without access to affordable housing or sustainable futures;  all for the benefit of a shrinking band of lightweight neophytes, who are Masters of an increasingly desolate Universe.

Like Miriam O’ Callaghan, McWilliams is the perfect parrot of Ryanair-consumerism, a bland presentational non-entity facilitating disempowered and entrenching futility in people’s lives. With preppie awfulness he has the audacity to quote Jonathan Swift, without ever absorbing the contents of his most famous tract on Malthusian Liquidation: ‘A Modest Proposal’, which bitingly satires the Mercantilism of his time that we are returning to.

By and large, the British are less prone to seduction by false prophets. Though the right to ridicule, so intrinsic to democracy, as Ronald Dworkin noted,[iv] is being eroded by light entertainment, sound bites and bland criticism.

Johnson is the poster boy for this decline. A debased British culture is now offering a steady stream of safe comedy such as ‘Have I Got News for You,’ where politicians metamorphize into comedians or vice versa. Johnson has ridden the wave of light entertainment, Brit Pop and laddish buffoonery.

Dazzling but superficial wit and repartee have crafted a kind of telethon effect spring-boarding him into the highest office in the land.

The endless womanising and boorish behaviour appeal to a ‘Jack the Lad’ Skinner and Badiel constituency. But reminders of Trumpian excess has been turned into an asset for political advancement. Philandering did no harm to Clinton either, who began the rot. The vulgar jocks have won. Bannon and Trump are merely an extension of Bubba, as is Johnson. 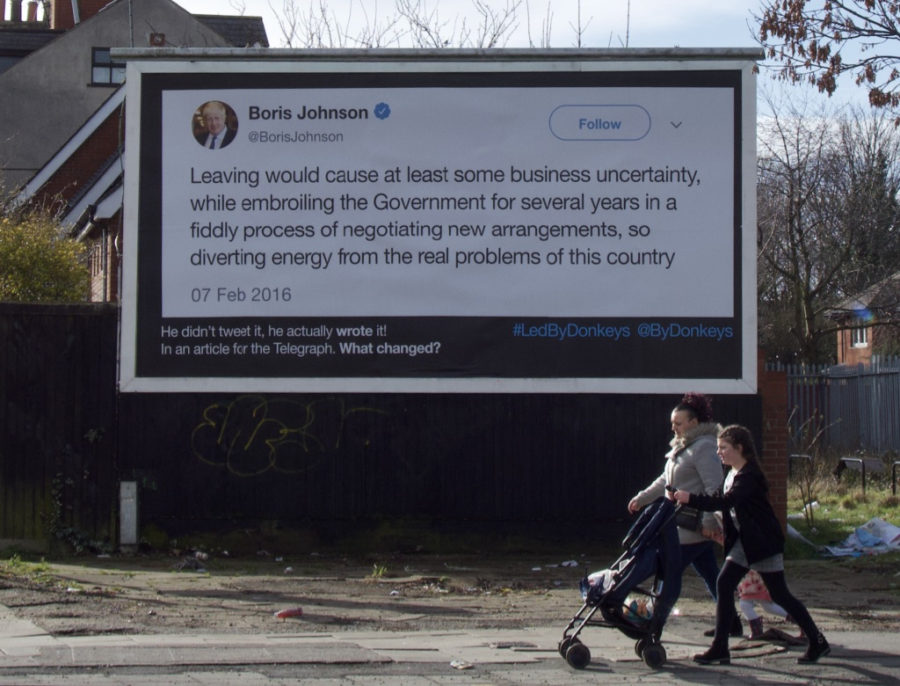 So the horror expressed by Heseltine, Clarke, Major and other more civilised Tory grandees falls on deaf ears.

Corbyn is the antithesis of a vulgar jock, but wooly thinking on multi-culturalism, nostalgic cloth-cap socialism, and the endorsement of political correctness has handed the Right all the ammunition they crave.

What we need is a return to the kingdom of the just and the wise, but forget about it. Corbyn is, nonetheless, the lesser of two evils. A controlled Remain and rejection of Brexit alongside an emasculated Corbyn, under supervision by coalition partners, looks to be the best outcome.

Who knows, perhaps the outcome will even involve – you first read it here – that most accommodating of human beings Mr Gove. Flexibility was always something Machiavelli recommended in his Prince. But however you vote be careful for what you wish for this Christmas.

[iii] David McWIlliams, ‘Ireland was the big winner from the fall of the Berlin Wall’, Irish Times, November 9th, 2019, https://www.irishtimes.com/opinion/david-mcwilliams-ireland-was-the-big-winner-from-the-fall-of-the-berlin-wall-1.4075841?mode=sample&auth-failed=1&pw-origin=https%3A%2F%2Fwww.irishtimes.com%2Fopinion%2Fdavid-mcwilliams-ireland-was-the-big-winner-from-the-fall-of-the-berlin-wall-1.4075841