On yoga teacher training courses among the heartening questions I receive are ones that readers of my previous piece have also posed: how can I be compassionate towards what I consider wrong, or evil, and still fight it? And, does an excess of compassion diminish a capacity to affect change?

The short answer is the second question is ‘no’, while the first question invites you to take some simple steps, assuming you have arrived at a place of compassion.

In that article I advocated compassion towards Donald Trump, because feelings of hatred will (a) not change his behaviour, and (b) make you miserable. Extending compassion to someone so obviously tortured by vanity maintains sanity, and acknowledges a shared humanity.

By adopting this approach we bring calm to our own lives, and thereby make the world around us a marginally better place. Getting angry at Trump solves nothing.

Have you ever wanted to impress someone so badly on the first date that you went out of your way to make it perfect in every way? So ideal you expected to sweep her off her feet? And then she never called you back?  Yeah, me too. The mistake we made was to have a preordained plan rather than focusing on the person when we actually met them, and being authentically ourselves. It’s a case of wanting something so badly that you are blind to the reality of what is needed to make it work.

Yogis have a name for this: ‘Avidya’, loosely translated as ‘ignorance or blindness’. While its root is habit, it branches into ego, attachment, aversion, and fear. When we give into hate or anger (towards Trump or whoever), or fear (failing to make the right impression on our date) we are blinded by that mindset. We won’t get what we want, no matter how hard we try, because we have lost all perspective.

By clearing our minds through compassion, and stepping back from our fear or anger we begin to see more clearly. Then we find fresh avenues of thought that were previously hidden. Now we are ready to act with awareness instead of rage. When this occurs, according to yogis, there is nothing you can’t change because you see a situation as it really is, instead of idealising it

This leads to the second question as to whether excessive compassion leads to crippling passivity. I would start by saying it is almost impossible to affect change without compassion. But compassion shouldn’t imply passivity. Compassion is a mindset, and passivity is an action (that is, the decision to do nothing, which is an action in itself).

Through growing awareness you develop compassion; then you resist anger and see the world more clearly. You find ways to resist that are born of reflection and rooted in reality, not impulsive responses based on distorted outlooks. Now is your time to act: with total clarity, knowledge, purpose, and a drive that will never run out of fuel, because it is rooted in truth instead of fear. Welcome to compassionate defiance.

But this is only halfway towards a solution we are still working on within ourselves. The second part is the action. Once you have decided to act, what then?

There are many great examples of compassionate defiance through history. Not least in Gandhi’s campaign that brought down an Empire. His approach was based on yogic wisdom, especially drawn from the Bhagavad Gita. Like Descartes’ Discourse on Method, it is the kind of book you can read in a day. Its influence is still felt in every corner of the globe. From it we glean a simple key to unlock action out of compassion:

You have the right to work but never the fruit of work. You should never engage in action for the sake of reward, nor should you long for inaction. Perform work in this world, Arjuna, as a man established within himself – without selfish attachments, and alike in success and defeat. For yoga is the perfect evenness of mind. 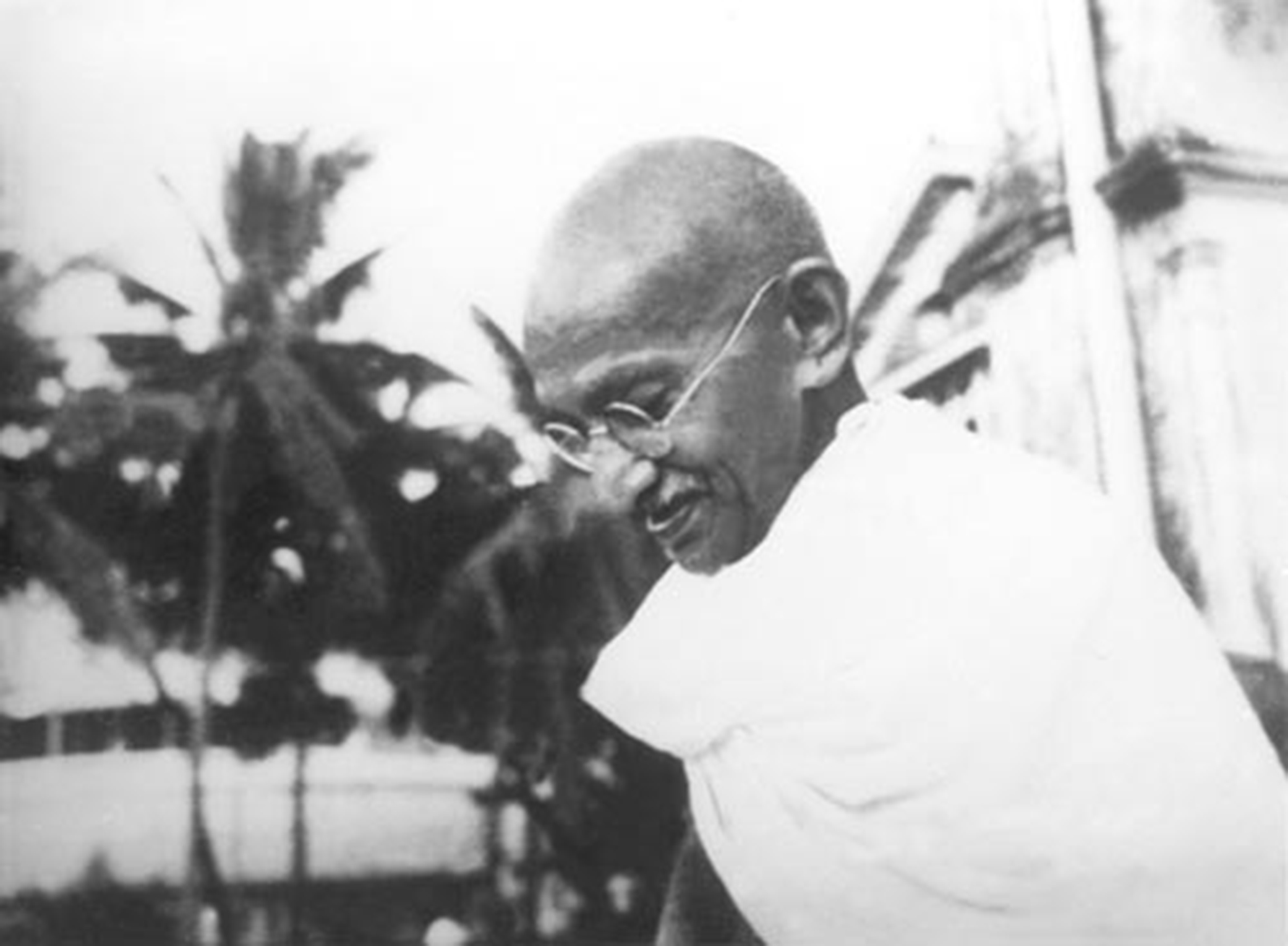 Take refuge in an attitude of detachment and you will amass a wealth of spiritual awareness. Those who are motivated only by desire for the fruits of action grow miserable, for they are constantly anxious about the rewards they believe they are entitled to.

This is the bedrock of Karma yoga: the use of yoga in the world. By detaching ourselves (or being compassionate towards ourselves) from emotional responses to the outcomes of our actions we retain our composure. We have already seen what anger and hate can do when we allow ego, attachment, aversion, fear to cloud our judgment. Now we must stay the course to prevent our actions from leading to more Avidya.

The kernel of the passage is to act with the clarity of truth, and to be content with that. For we cannot predict the outcome of our actions, and trying to do so only leads to suffering. Act because it is right and let the result take care of itself. To do otherwise is to live a life of constant resentment, not grounded in reality, but based on what we desire in any given moment, just like the failed date experience.

When we can do these things, change can take place all around us. We stop being Trolls on our own emotions and start being effective.

Chris Parkison is a Yoga Teacher and former attorney. He is the creator and host of the DC Yoga Podcast and director of a 200-hour Yoga Alliance Yoga School. He resides in Washington DC.