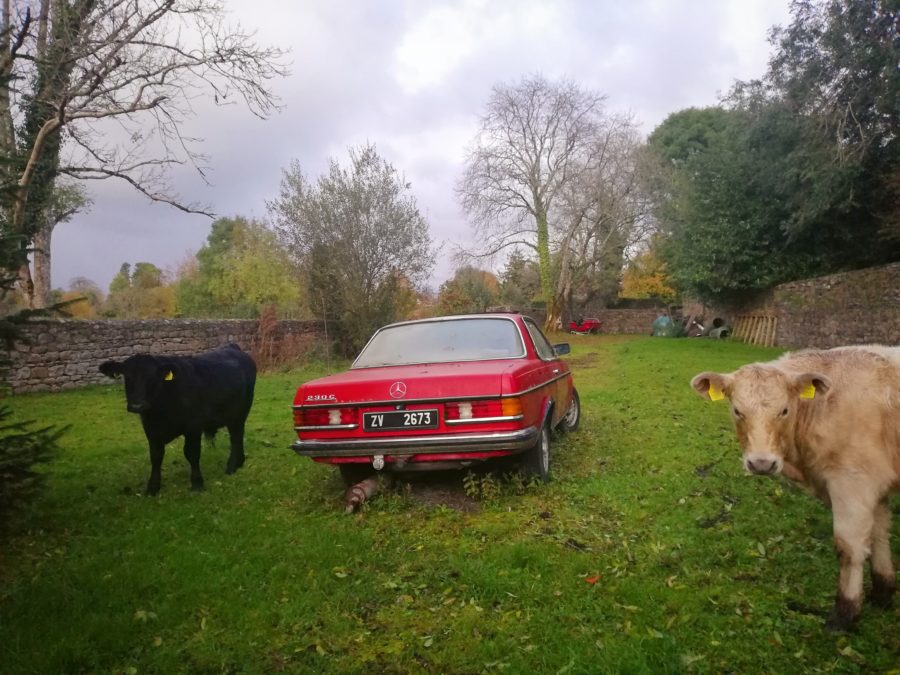 Musician of the Month: Natalia Beylis

The Steadfast-Starry Sky in the Shannon

Do you remember last year when the weather was nice for ages? Six weeks of sunshine and warmth. There hadn’t been a picture-book summer like it. Not since 1995. I wasn’t living in Ireland in 1995 but still I know all about that summer.

Sometimes, during a relentlessly rainy June, July or August, I hear people wistfully murmur ‘95′, and in their eyes, I watch them dreamily retreat back there. Last year, with weeks of skies stretching blue as far as you could see, we finally had that same kind of summer.

Every evening we swim in the river by the bat bridge in Drumsna. I have never gotten into the river before. I have shivered in the cold of the lakes and the sea. Somehow though, the river had always seemed too fierce for me – as it flowed with the strength of a green-and-rust-orange serpent down through the countryside. Rare weeks of constant sun have now turned the waters warm and shallow, and just about, manageable enough.

After we swim, we sit on the bank and open packets of crisps to share around. Swallows swoop to brush the water. On the far shore, a cow pokes its head out between the willow and alder. Swans, mostly in pairs, sail casually up towards The Flaggy Bottom.

There is always the same lone swan. He floats over and hisses at the dog – who is sprawled in the heat licking the ends of the crisp packets. He floats over to hiss at us for the fun of it. A swan couple try to manoeuvre past him. He assumes battle form and chases them with a wing display like a ballerina dancing across the river’s stage. We affectionately dub the solitary bird, Grumpy Feathers.

When we come home the sky is periwinkle. It’s never fully dark here at this time of year. I measure the fall of night by the animals. When they settle – like matching-curled foxes – onto their chosen couches I know it is time to move to the music room.

I switch on my two Fender amps and the ’70s electric piano that came home with me from the recycling centre in Mohill. The piano notes travel through blue tweed cables into the Supersonic and the Fender Roc Pro 1000. Triangulated stereo.

When I first sit down at the piano, I always play whatever free-form shapes reach my fingers. Each of my hands tends to keep its own company – clashing or harmonising without seeming to mind the other. My left hand might tap out notes in morse-code fashion, while my right flutters in triplets. Doing the daily swim up the river has changed my muscle memory.

My arms start to mirror each other’s movements on the keys. My hands on the piano replicate the patterns of the breaststroke that I push against the current. The notes surge forward ever faster until I’m spent. The river follows me further into the night. In my dreams I struggle against its current.

Maybe summer won’t stop until autumn. This glorious, amazing warmth, this sun, this kind of weather that people in Ireland often claim they could remember from childhood. The summer everyone has been waiting for since 1995. But in case it all suddenly turns I keep swimming. And sharing picnics. And eating ice creams by the water. And having little cans from the cooler, that too has been waiting for this summer for years, so that it can finally show its full potential.

I keep a close eye on Grumpy Feathers and wonder about his past. Has he always been grumpy? Is that the reason he is alone? In the late evenings I sit down to the piano and settle into swim strokes across the keys.

It is deep in the night. In my dream I am frantically scrambling against the water’s flow. I keep moving forward yet I want to stop, in awe at the wonders of the dream-river that are flashing past. Suddenly… BOOM! I become aware that I am in a dream. I stay calm like they teach you to do in these situations. I stop moving my arms. I no longer need to.

Free from the physical constraints of waking life I float casually upriver past The Flaggy Bottom and towards the Shannon Pot. Trout and salmon and schools of two-tailed-rainbow makeyupeys dance around me. Translucent bubbles pop up from the deep beneath. The shimmery plants growing on the banks reach their tendrils delicately towards me. There’s Grumpy Feathers gliding in the opposite direction. He’s trying to say something but I can’t understand.

I turn onto my back and drift beneath the water’s surface. The moonlike eyes of a cow blink down at me as she drinks from the river. I halt so I can watch her.

Later I will think back on the dream while my fingers move across the piano keys in that new way that they like to; I’ll slow the notes right down and pay microscopic regard to the quiet in between the sounds. But for this split second, deep in my lucid-river slumber, the steadfast-starry universe shines behind the cow and the stars, to reflect down into the water and back up from its surface, merging together above and below me.