Hollywood has a long history of portraying the Classical world in film, often with a large degree of artistic licence. One recent example is the film Gladiator, where a Roman general is reduced to the status of a gladiator. This could never have happened of course, as being a military commander in Rome was based on holding high political office.

There are also numerous examples of Hollywood taking liberties with Roman and Greek mythology, such as in the movie Troy where the tale is condensed into a few weeks. So how closely do video games stick to Classical history and the original myths? 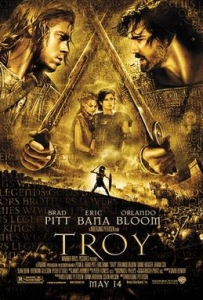 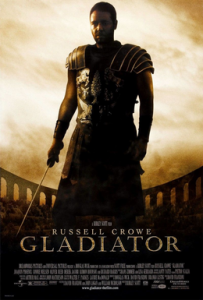 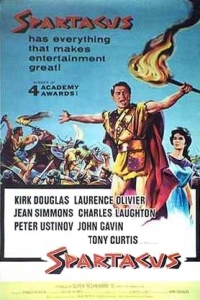 One recent games set in the Classical world is the multi award-winning Hades by Supergiant Games. After the early 2018 release the game was released to the public on the September 17th 2020 on Microsoft Windows, macOS, and Nintendo Switch.

Its excellent plot, storytelling ,characters and playability – not to mention the canonically bisexual main character Zagreus – have made this roguelike dungeon crawler a triumph in the gaming world. A key feature, unusual in such games, is that despite the character dying, the story will still progress. But how closely does this game keep to the original myth of Hades and Persephone? 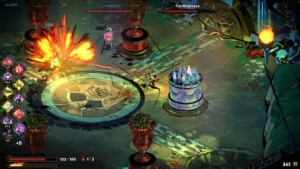 Hades is presented in an isometric view, with the player controlling Zagreus (center) as he fights his way out of the Underworld.

The story begins with Hades seeing Persephone picking flowers. He then abducts her, carrying her off to the Underworld at the behest of Zeus. Here she is tricked by Hades into eating seeds of a pomegranate. This ties her to the Underworld for one third of the year. Demeter, upon learning of her daughter’s fate is enraged with Zeus and use her divine power to make the harvests fail, so that widespread famine ensues. Eventually Zeus steps in to put an end to this, forcing Hades to return Persephone. Of course there is a lot more to the story, including details of the Underworld, but these are the crucial elements.

In the myth there appear to be two versions of Zagreus – or even three if we acknowledge that some sources equate him with Hades himself. One is as the son of Hades and Persephone, and is the version we see in the game. The other is as the son of Selemus and Zeus and is known as the Orphic Dionysus Zagreus. This Zagreus was ripped apart by the Titans after Hera hears that Zeus intends to make him his successor. He is then reborn to Zeus and Selemus as Dionysus.

In the plot of the game the protagonist is Zagreus, Prince of the Greek Underworld, who is fighting his way to the surface to reach Mount Olympus in order to get away from his seemingly uncaring father Hades. Persephone is nowhere to be seen at the start, as she believes that her son is dead. It is explained that those on Mount Olympus are often engaged in petty squabbles and Persephone doesn’t want to return for that reason, leading her mother Demeter to thinks she has gone missing.

There is no mention of any other siblings of Zagreus. As Demeter thinks her daughter has gone missing she inflicts a widespread winter, rather than just changes to the seasons.

The game is true to many of the Underworld residents who are included in the narrative. Some are, however, left out – most likely because their vast array would make the plot unwieldy. For example, The Fates are mentioned, but aren’t characters that show up, and so are their siblings Hypnos (sleep personified) and Thanatos (death personified), but there were also sixteen other siblings. All the areas of the Greek Underworld are dealt with, the best known being: Tartarus, Asphodel Meadows, Elysium and Erebus. The game adds in another area, The Temple of Styx, presumably for further gameplay.

On the whole, the game does stick to the original myth but uses aspects of it to help the plot along. The eating of the pomegranate pips by Persephone does come into the plot at a later stage but is more an excuse as to why she is staying in the Underworld. There is also reference to Zagreus and Dionysus being the one and the same. The marriage of Hades and Persephone is shown to be a loving marriage despite Hades being a difficult character. Only Zagreus is mentioned as being the child of Hades and Persephone despite the myths saying that they had Melinoë, Plutus, and Dionysus (Orphic) too. Of course with mythology,parentage of the Gods does not seem to be set in stone. 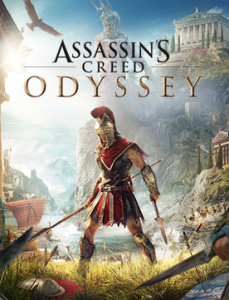 Assassin’s Creed Odyssey is another game that borrows its story line from the ancient Greek world. It is an action, role-playing video game developed by Ubisoft Quebec and published by Ubisoft in October 2018. This game takes on parts of Spartan history such as The Battle of Thermopylae and the Peloponnesian War. The Battle of Thermopylae is playable in the opening tutorial level and is featured in a series of flashbacks.

There’s no set myth or story here, rather it combines several stories together into the game’s original plot. Set in 431–422 BC, it recounts a secret mythological history set during the Peloponnesian War. The player takes on the role of mercenaries and can choose to fight for the Delian League, led by Athens, or the Peloponnesian League, led by Sparta. The main storyline has the protagonist attempting to restore their fractured family after they and their sibling were thrown off a cliff, when they were young at the urging of the Oracle of Delphi, and left for dead by their father.

The plot of this game deviates a lot from what we know about Spartan life. But while there are historical inaccuracies, it can certainly contribute to an understanding of the Classical world.

In the first tutorial, the player is King Leonidas fighting in The Battle of Thermopylae. Something to note is the scarlet cloak that King Leonidas is wearing in gameplay. Edna Mode from The Incredibles comes to mind with ‘No Capes’. Cloaks were certainly not worn in battle. It was likely that the developers needed the King to stand out as the protagonist of this scene. In fact cloaks were used to sleep in on long marches.

The playable character changes after the tutorial from King Leonidas to the grandchild of Leonidas. Although we do not know whether Pleistarchus, Leonidas’s son, ever married. All we know is that he was born aa prince, likely the only son of King Leonidas I and Queen Gorgo. He ruled with a regent as he was relatively young when his father died in battle in 480 BC. Given that Pleistarchus’ successor was Pleistoanax, who was the son of his second regent, it seems unlikely that he had any descendants.

In the game the protagonist and their siblings are thrown off a mountain according to an oracle’s prophecy. This practice of infanticide was indeed commonly carried out in Sparta. A society based on the development of fierce warriors permitted eugenics.

Moreover, seers and prophecies were taken very seriously in the Greek world. Thus Agamemnon, King of Mycenae, sacrificed his daughter Iphigenia in order to appease Artemis before he set sail for Troy.

Pericles and Kleon are also mentioned. Pericles was a prominent and influential Greek statesman, orator and general of Athens during the first two years of the Peloponnesian War. Kleon or Cleon was Pericles’ political rival and was also a general during the Peloponnesian War. He wasn’t written about in a favourable light by Aristophanes and Thucydides, most likely due to personal grudges and because Cleon had many informants around Athens.

Other historical characters also feature such as the Minotaur, Cyclops and Medusa. 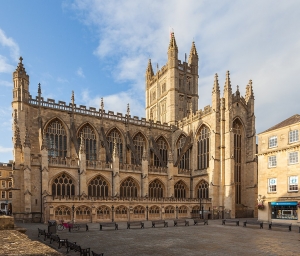 Of course these are just two recent games that have been in the public eye. Age of Empires and Age of Mythology, Kid Icarus, God of War and even Halo are also based on or reference the Classical world, along with numerous others.

So what can video games bring to education? Video games could be especially useful in terms of widening appreciation of archaeological history. Ruins can be reconstructed from the past and returned to their former glory through virtual reality or augmented reality. For example Wessex Archaeology have been excavating and recording beneath Bath Abbey floor since 2018 as part of The Bath Abbey Footprint Project. The archaeologists have used traditional recording systems, as well as recording everything in 3D using a process called photogrammetry.

Photogrammetry creates accurate fully textured 3D models from photographs. It can even record details on individual stones which affords conservationists a greater level of accuracy than traditional techniques.

Video games can, therefore, be used as a tool in teach the Classics, but should at least attempt to remain faithful to the sources. Otherwise they can serve a purpose in highlighting inaccuracies!